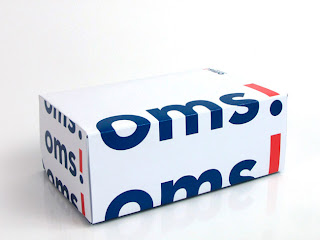 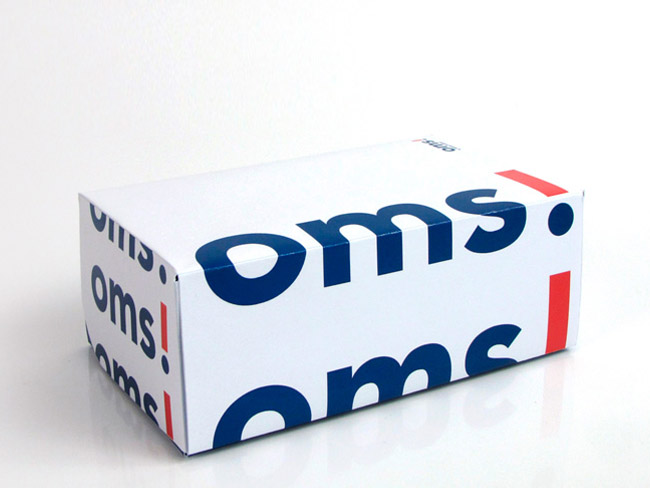 OMS is a line of shoes headed by Original Marines:
The need for renewal is born by the poor success of the product, both to the public at deployment. Starting from the renewal of the packaging, revealed several problems: too many product lines and were poorly organized and the mark was not sufficiently impactful.

The new identity was created by simplifying the logo Original Marines in a line and a point forming an exclamation point. The multiplicity and diversity of products has been summarized in four lines: OMS, OMS Kids, OMS Glam, OMS Sport.

The new packaging has been designed by observing the exposure of the boxes in shops
and creating a system in which the mark was visible on the top, bottom,
sides and also the logo was composed of the stacked boxes. 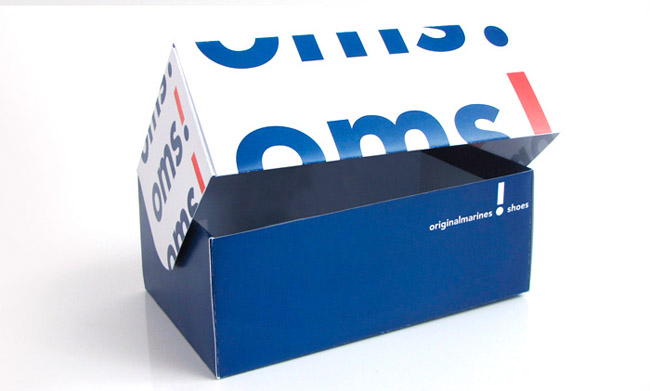 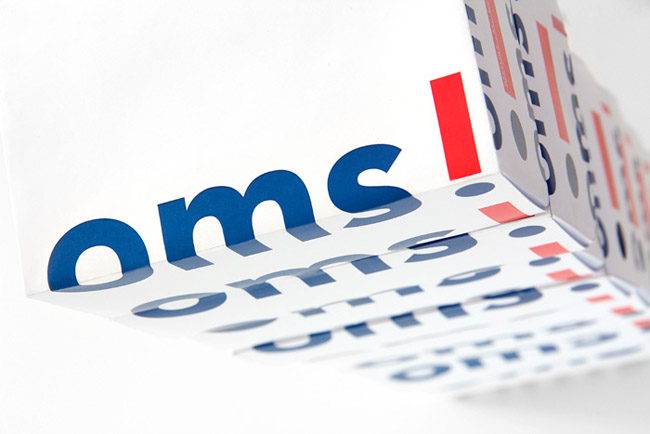 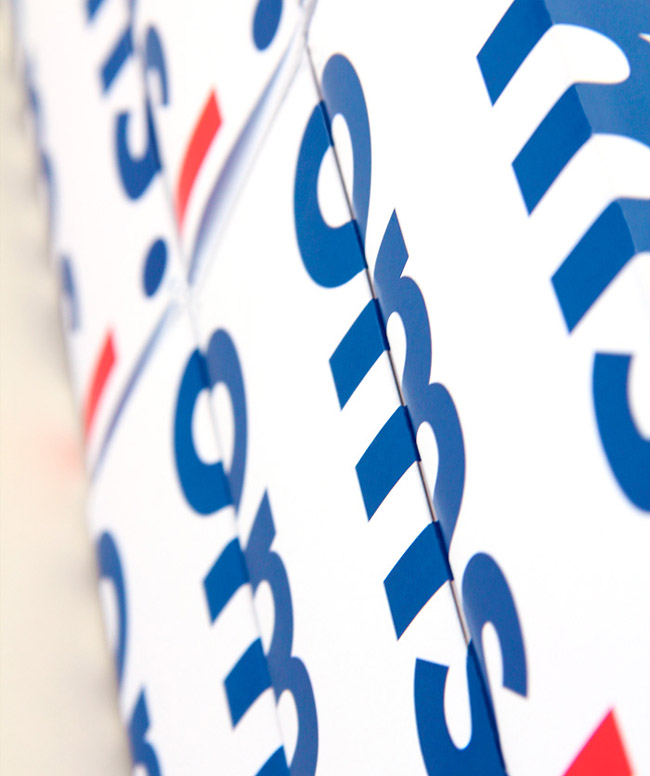 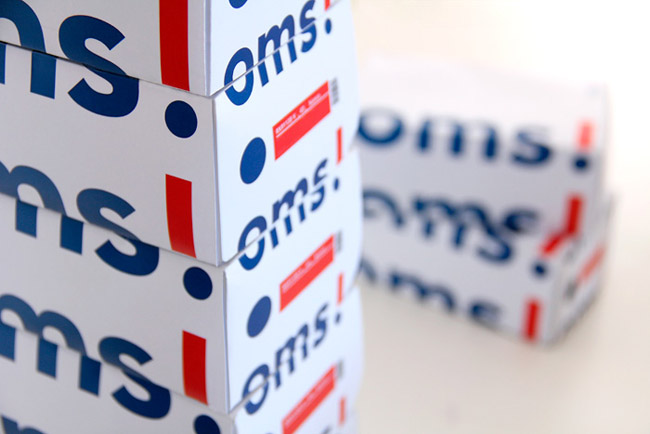