Pierini created a packaging for Stella Artois, as Premium as its essence

The strong growth of the brand, since it was first introduced in the country, as well as the opportunity of developing a Premium segment of black beers – practically nonexistent nowadays – are the main reasons why Stella Artois chose Argentina as the first market for launching “Noire”.

In this context, the well-known international designer Adrián Pierini was called to create the packaging for the new variety. About this request, Pierini said: “It has been really satisfactory to be part of such an important event for the brand in our country. The aesthetic criterion was based on being faithful to the classic and refined spirit that Stella Artois has in all of its packagings throughout the world”.

The most distinctive aspect of this new design is a central black band, which cointains relevant information, as the logotype and the sub-brand Noire. These five letters were specially created to identify the new variety. They were constructed with Roman characters, which were stylized to add personality and visual quality.

On the other side, the structure is centered, providing a proper lecture of all the information included in the label. Finally, the chromatic palette is composed by silver, black, white and subtle gold. 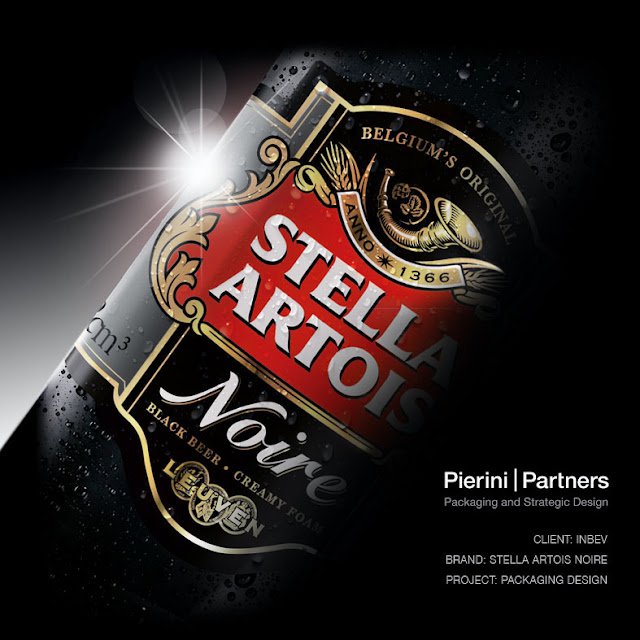 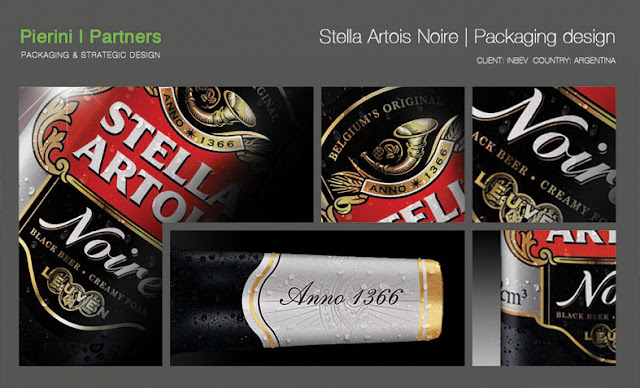