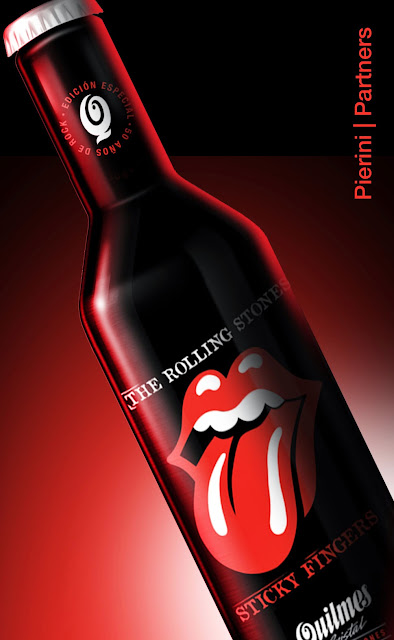 Quilmes beer , the most important rock band in the world and Pierini Partners came together in a unique special edition. It is an aluminum bottle specially created to celebrate 50 years of the best band of all time: The Rolling Stones!

Regarding its design, Adrián Pierini said :  “During the development stage were generated numerous options (where we explored a variety of color palettes , icons and compositions ) but eventually all agree that the best structure that representing the Rolling Stone is a black background and the tongue icon. To complement this choice we proceeded to the generation of additional elements (such as the seal with the Q for example ) that helped create a direct link with the Quilmes brand and its message of celebration. “

Black , red , tongue , not much else. Fans of the group, know that you do not need something else to identify to the Rollings, and for this way Quilmes and Pierini , they are provided . This version is much more than special bottle, becomes a complicit wink between the most popular argentine beer and their consumers. A better way to share tastes , experiences and feelings. 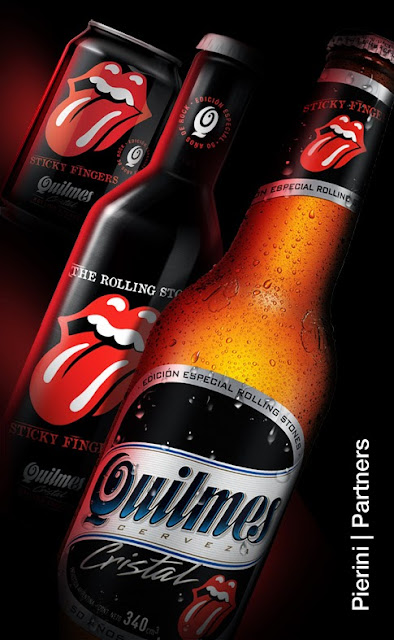 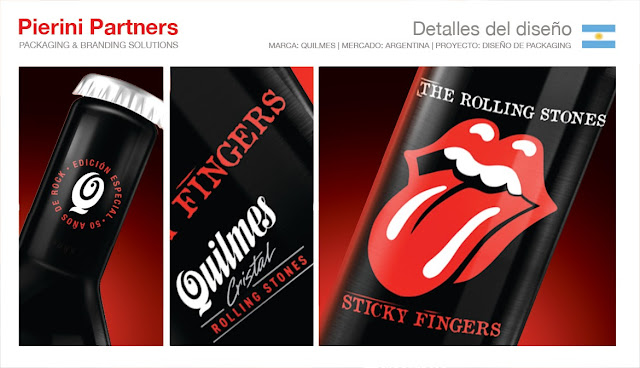