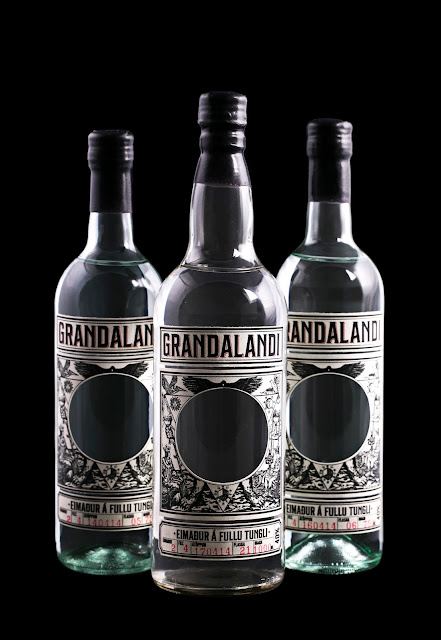 Grandalandi is a visual identity for a traditional Icelandic alcohol.

Landi is an integral part of Icelandic drinking culture but simultaneously frowned upon by the public. One can find home brewed and distilled alcohol in every culture but it varies considerably whether it’s favored or rejected by society. In Iceland, Landi is linked to countryside romance or looked upon as low-grade liquor and even dangerous.

Looking through history, distilled alcohol was originally related to quite a different way of thinking. The art of distillation is in fact an alchemical invention, dating back to 2000 years BC. Alchemists regarded fermentation and distillation as a sacred process: A metaphor for the transformation of the human spirit. In those days, purified alcohol was known as Aqua Vitae; the Elixir of Life.

The fermentation and distillation processes were divided into stages that had ambiguous and complicated symbolic worth and the process itself was regarded as Magnum Opus; The Great Work, where the outcome was perfect harmony between soul, spirit and body.

Grandalandi is produced in accordance with alchemical prescription which is transferred onto the design, in order to create a new image of this inferior drink by presenting it as luxury merchandise.
By applying the same approach to the design as a whole, the layman’s method is honored; the piece is hand-made from start to finish, as is the drink itself. This approach fetishizes the piece, making the drink more desirable and attractive—which is ironic in light of the stigma attached to its contents—creating tension between façade and content.

The commodification of nature in order to sell Icelandic sprits, (i.e. glacial water, volcanic powers and so forth) has always struck me as a farce, so I decided to poke fun at that. Who says distilling grain alcohol at full moon is not better than filtration through lava-rock? 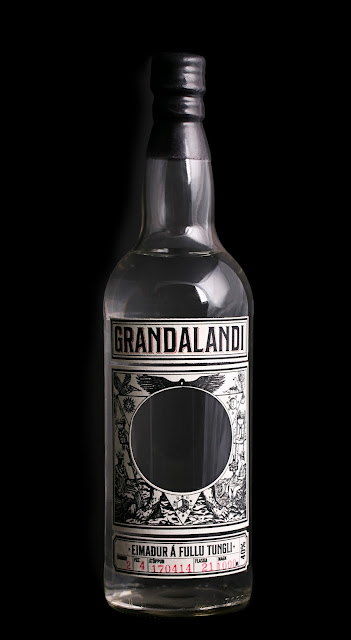 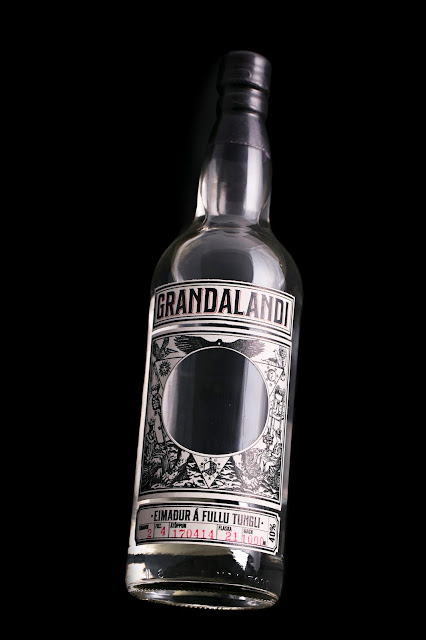 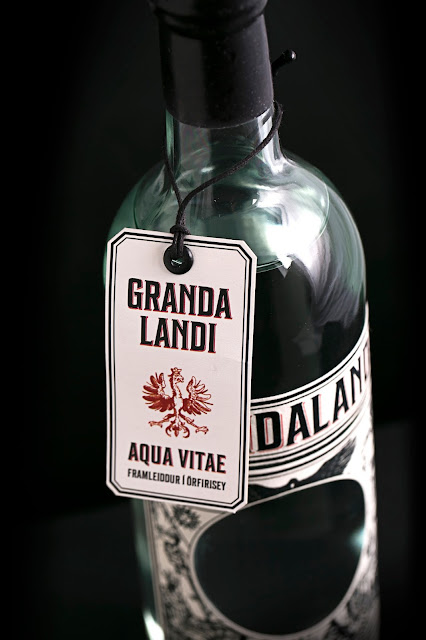 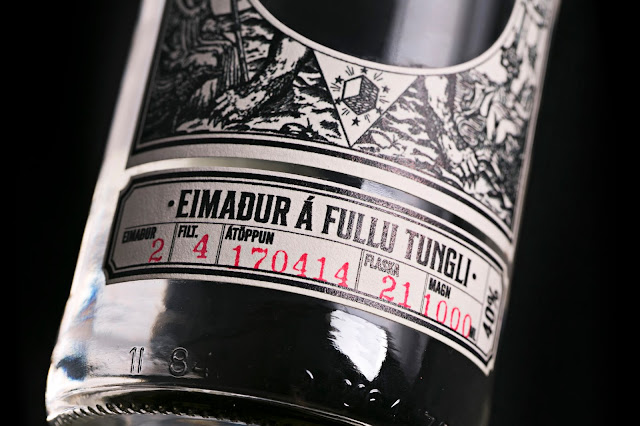 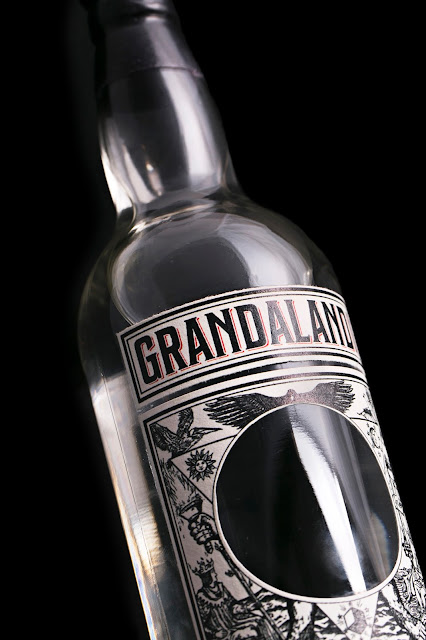 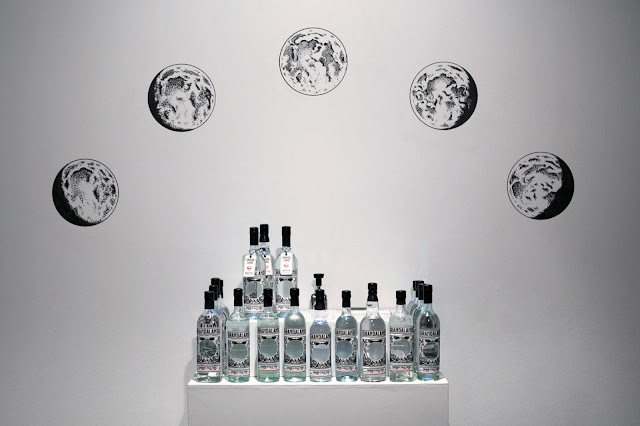 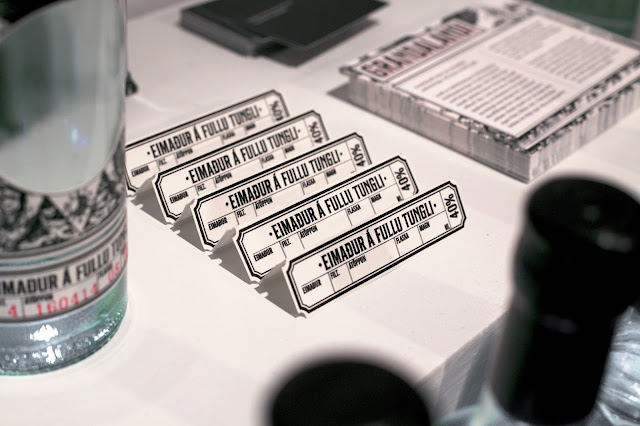 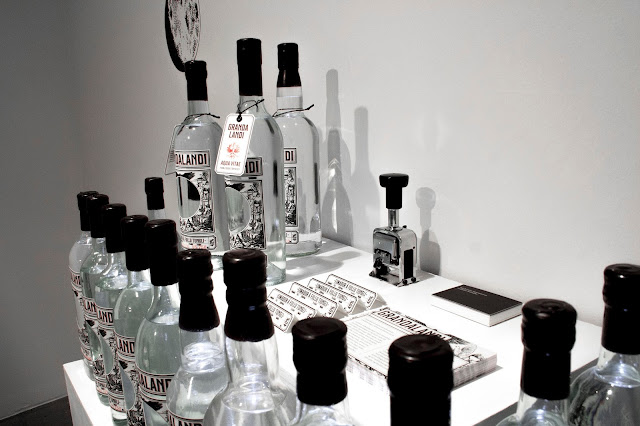 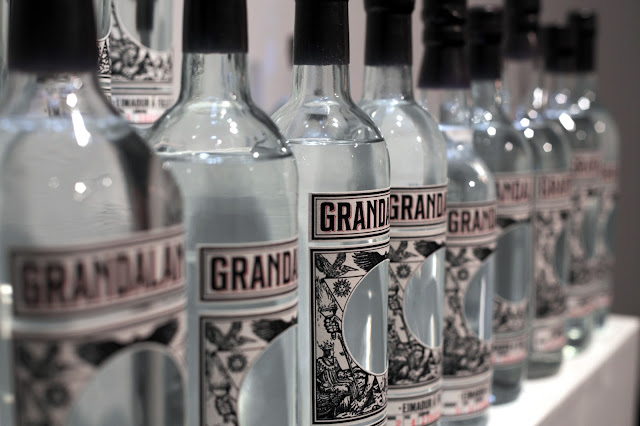