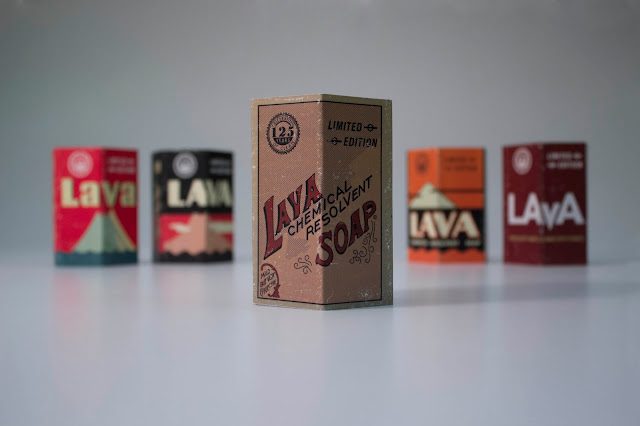 Lava Soap at one time was one of the most common and iconic hand soaps of it’s time, innovative and effective, it was found from kitchens to garages alike. But since the 1980’s, Lava Soap has been on a steady decline. Now doing minimal marketing and innovation, Lava has fallen out of the public eye. I chose this brand because it is primed for a revival and has the history to be a fresh vintage brand. My main inspiration for this campaign was Miller Lite’s successful revival of their throwback can that started as a special promotion and generated so much success that eventually Miller Lite made the throwback promo can the new standard and rebranded around it.

This package design uses the opportunity of Lava Soap’s upcoming 125th anniversary (2018). These packages utilize a fresh box design that orients the package vertically for the first time in Lava’s history, reflecting Lava’s iconic volcanic logo. By resurrecting past package designs from the 1800s-1980s to call back to the heritage of Lava’s 125 years of clean. These packages would be released during a one year promo, with a new package being introduced every 2 months. 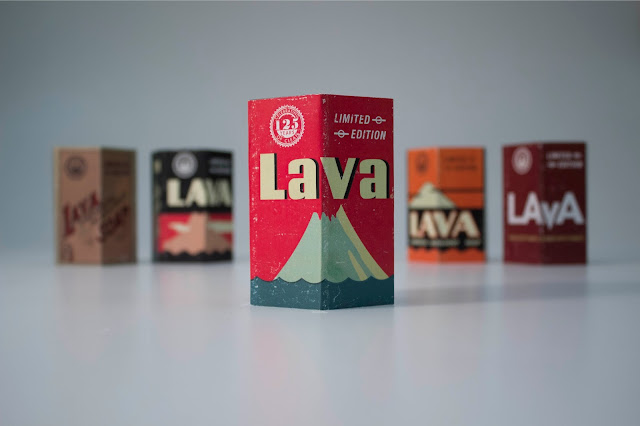 What’s Unique?
Since Lava’s creation in 1893 the composition of their packaging has been consistently horizontal. In 122 years Lava’s packaging has never stood on a shelf to greet a consumer. Taking inspiration from the spire of Lava’s volcano logo, the way the product can be presented and interacted with is completely new. Additionally by using the shape of a pentagon, when the box is laid on it’s back and viewed from the side to see the soap, the box resembles the triangular shape of the iconic Lava volcano. Over the years Lava’s brand has changed it’s image, but never has the brand embraced their past designs. This new package line changes the structure, orientation, and design to celebrate a historic anniversary in the brand’s history. 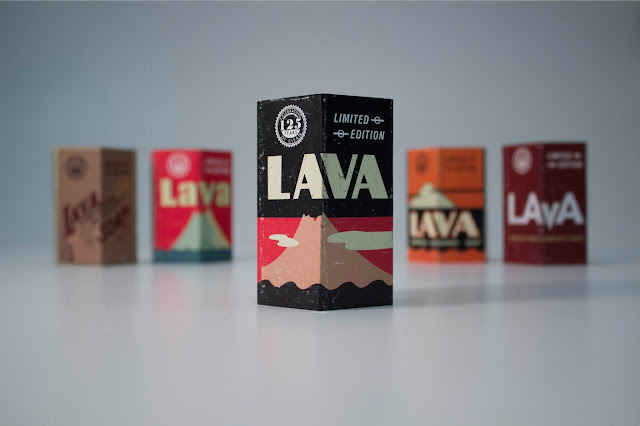 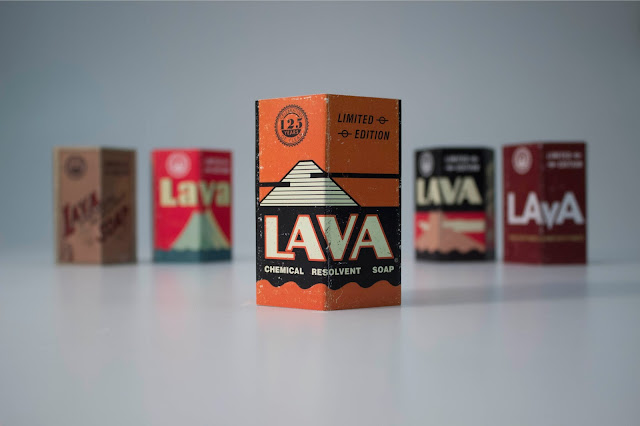 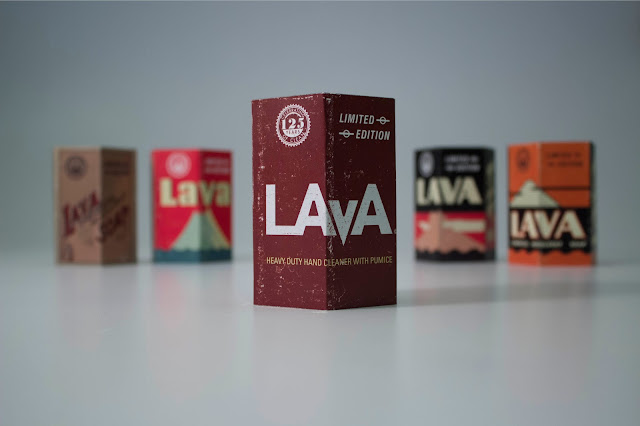