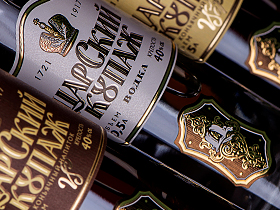 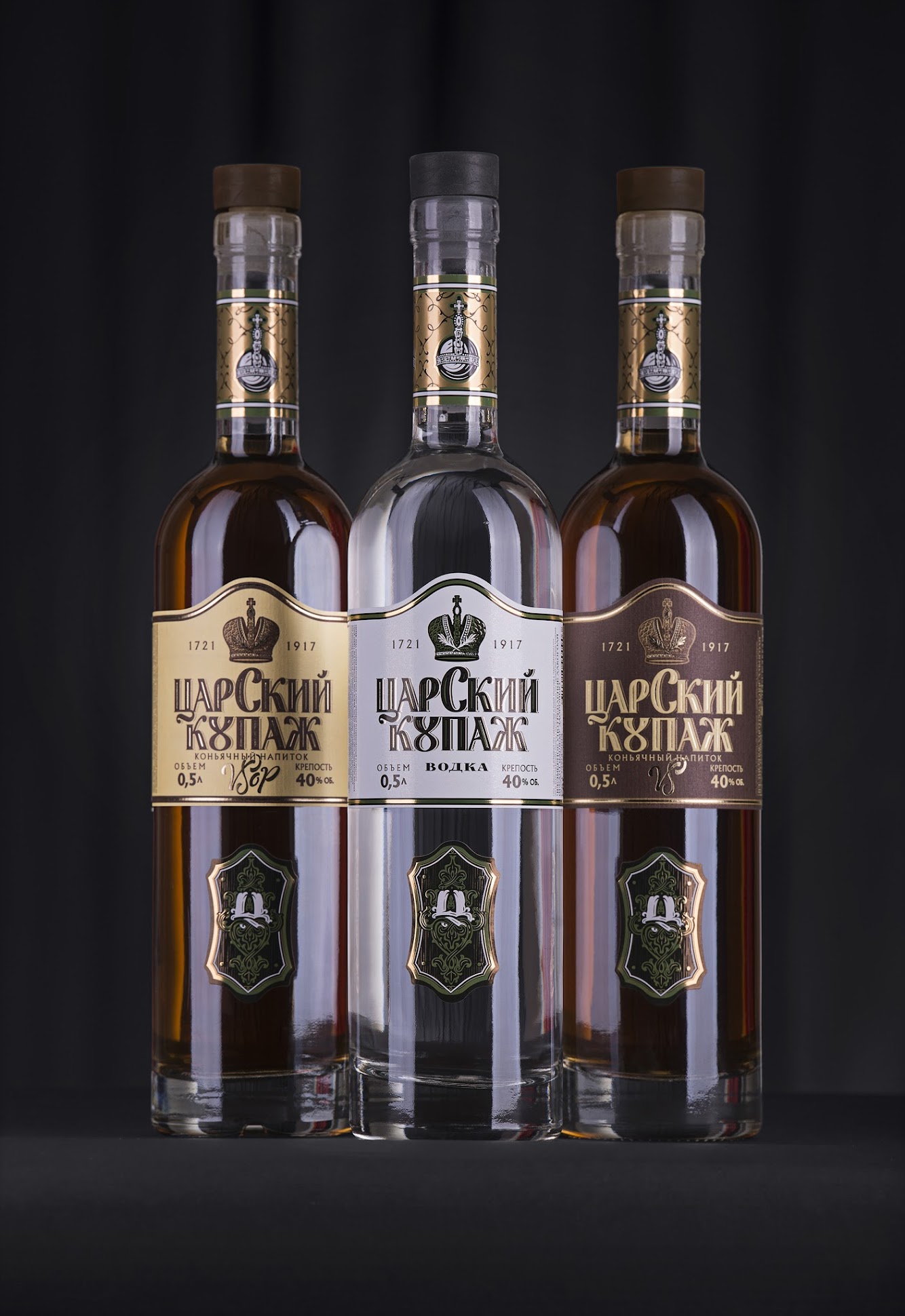 Royal blend is a brand of Russian spirits of premium quality worthy to be served at a tsar’s feast. The drinks themselves deserve to be considered as inherent an attribute of power as The Imperial Crown of Russia which can be seen on the label. Indeed, spirits have always been an integral part of Russian culture along with Khokhloma painting and Pushkin’s poetry. The logotype of the series located at the bottom of each bottle is styled as an imperial monogram and adds a sense of noble court luxury to the brand. And the style of the title font dates back to the civil font introduced by Peter the Great in 1708 which was the first Russian alphabet reform. 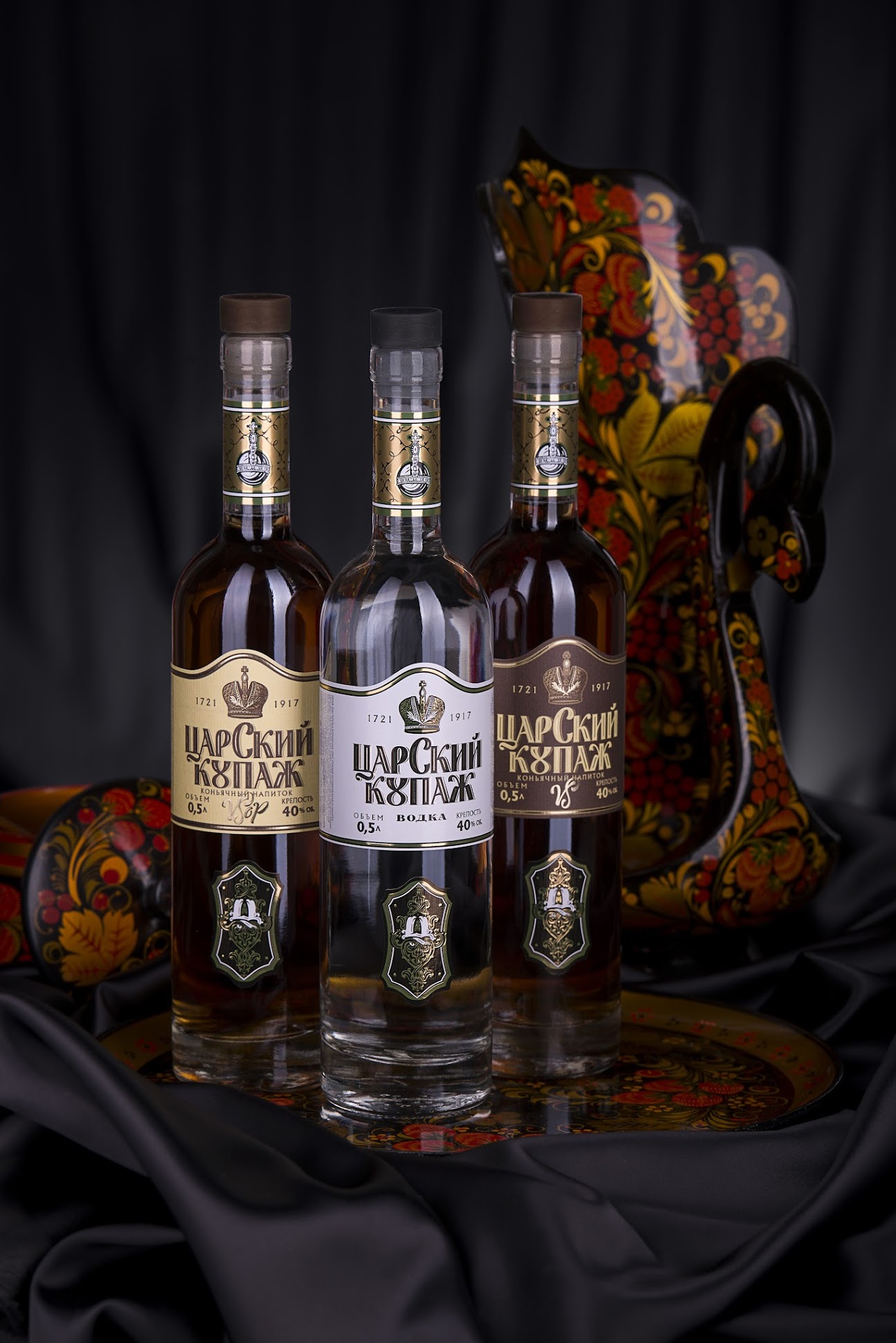 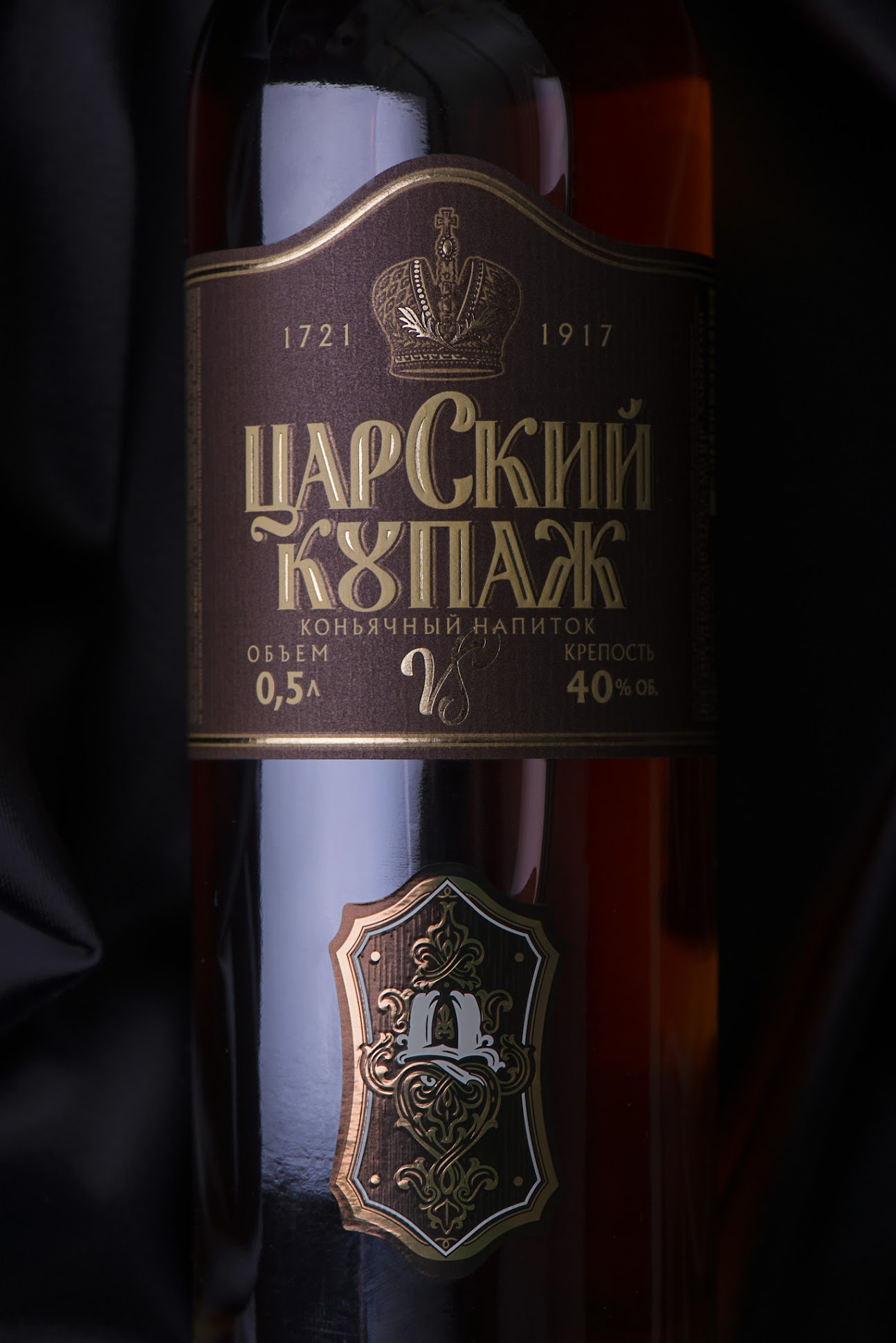 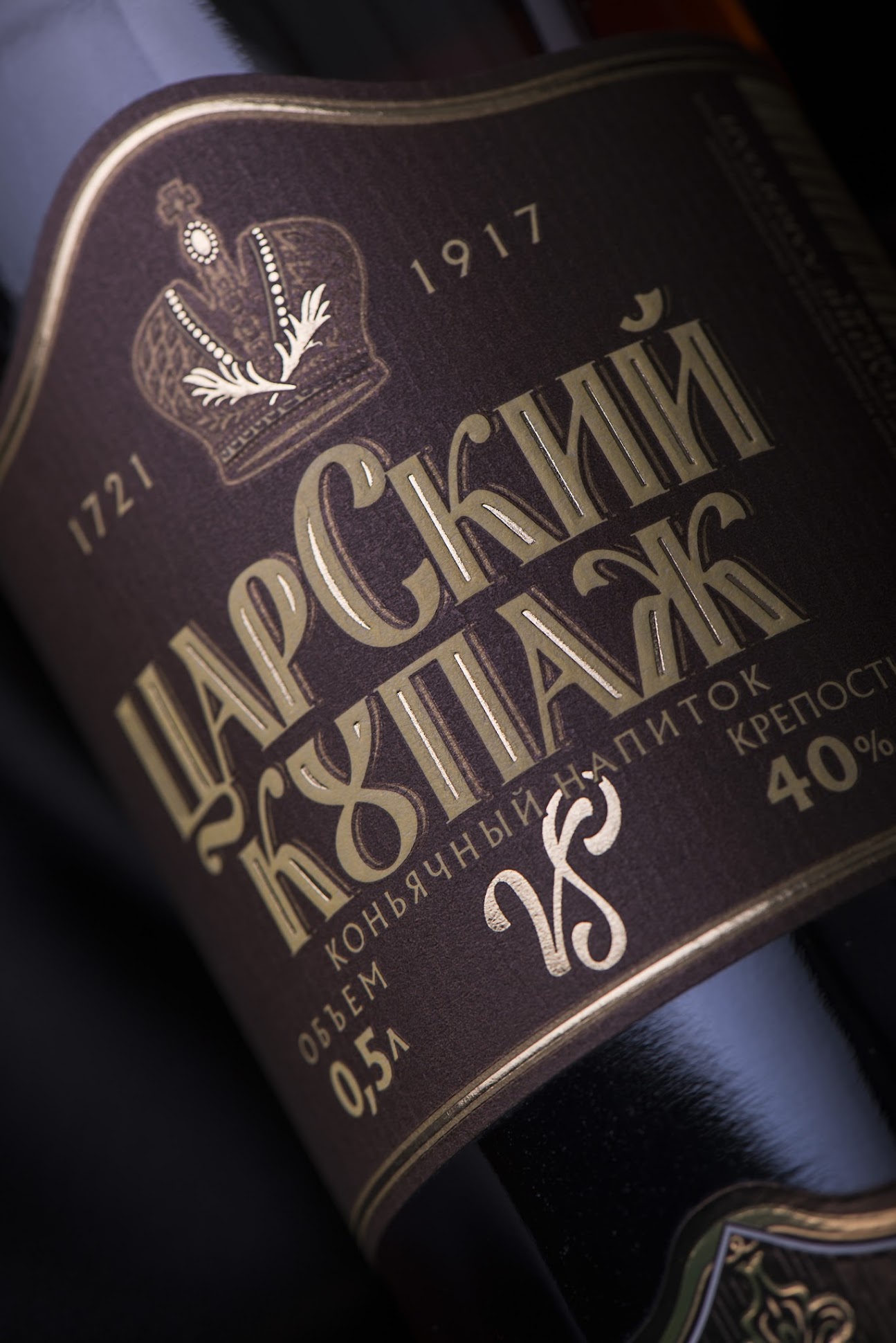 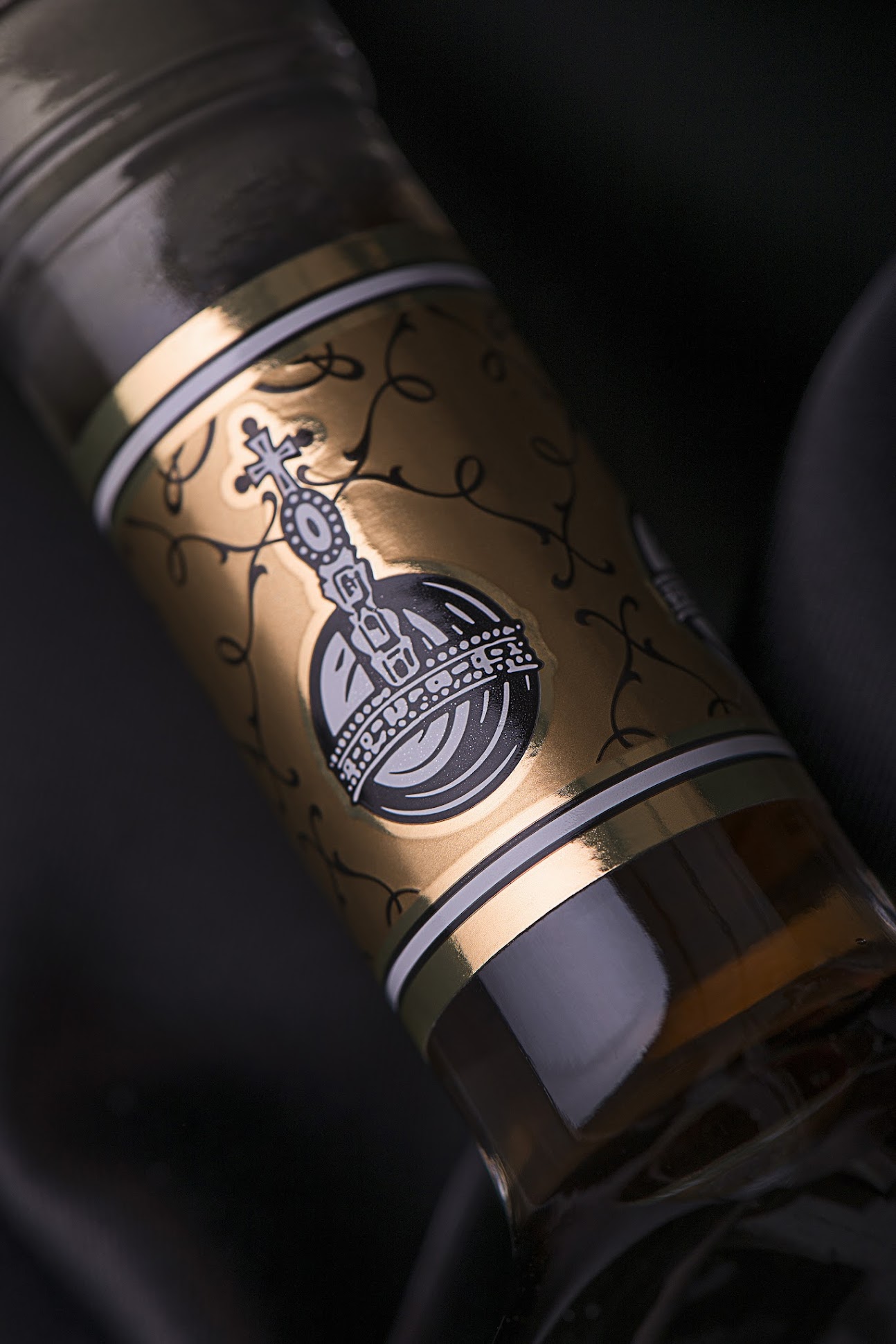 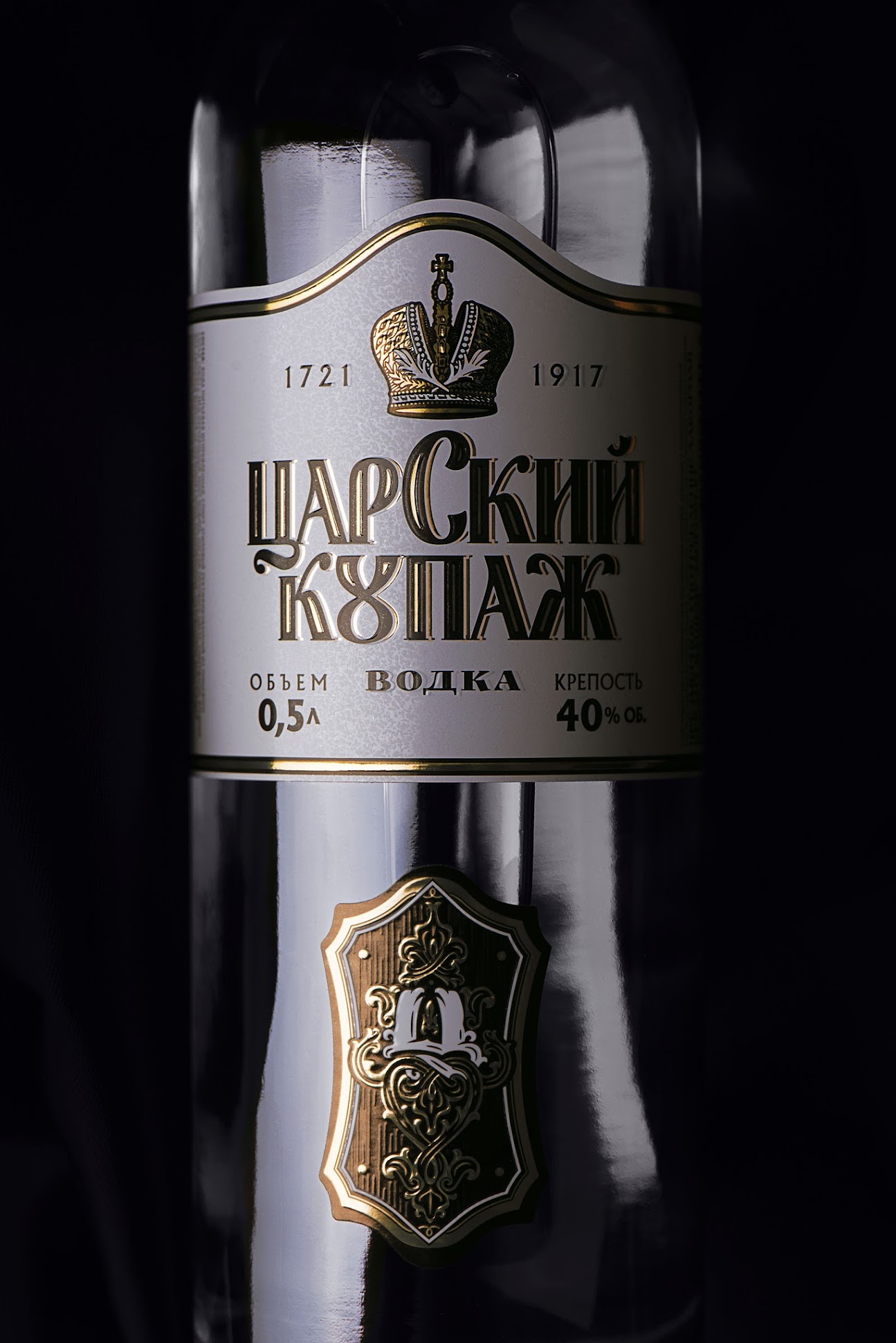 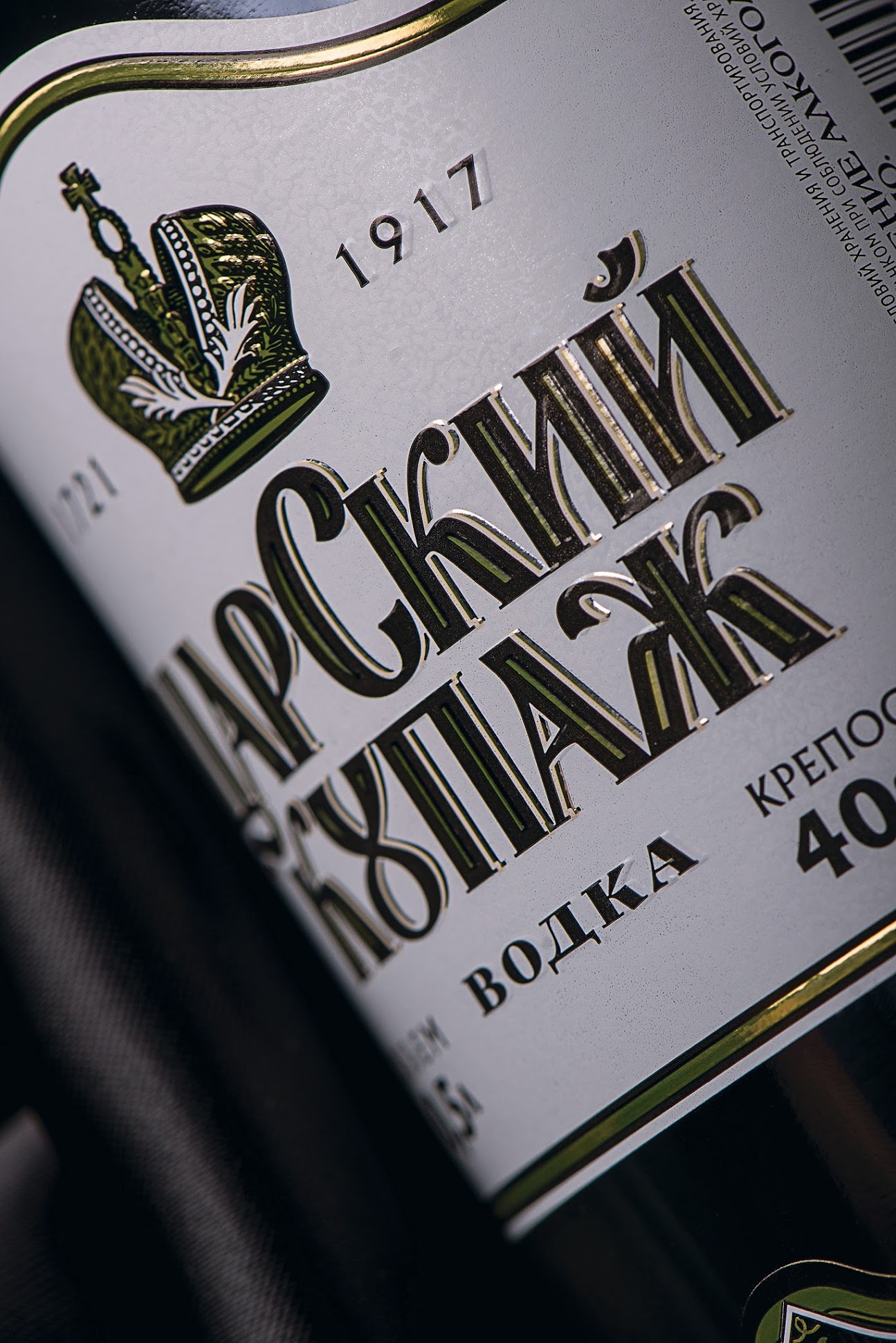 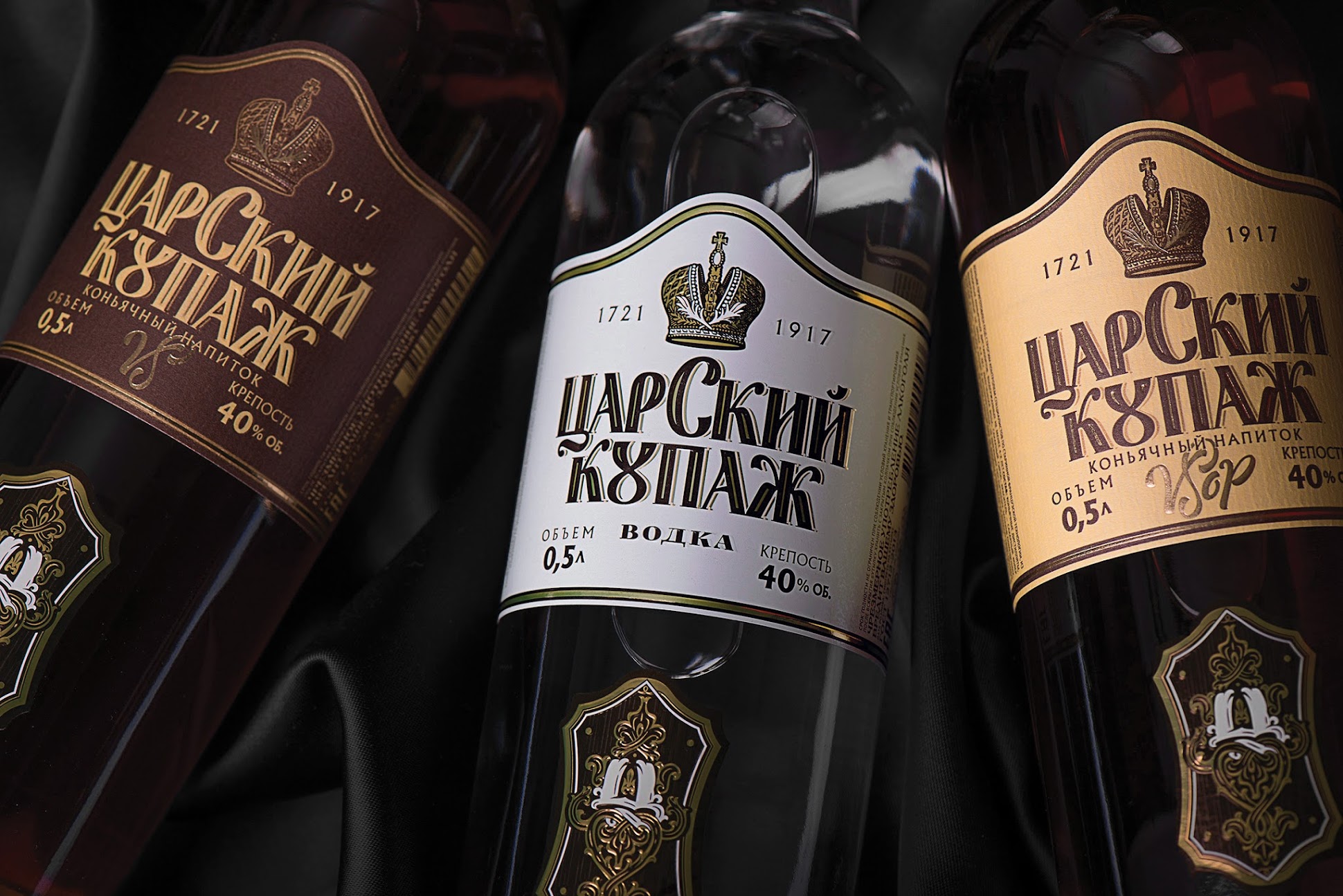 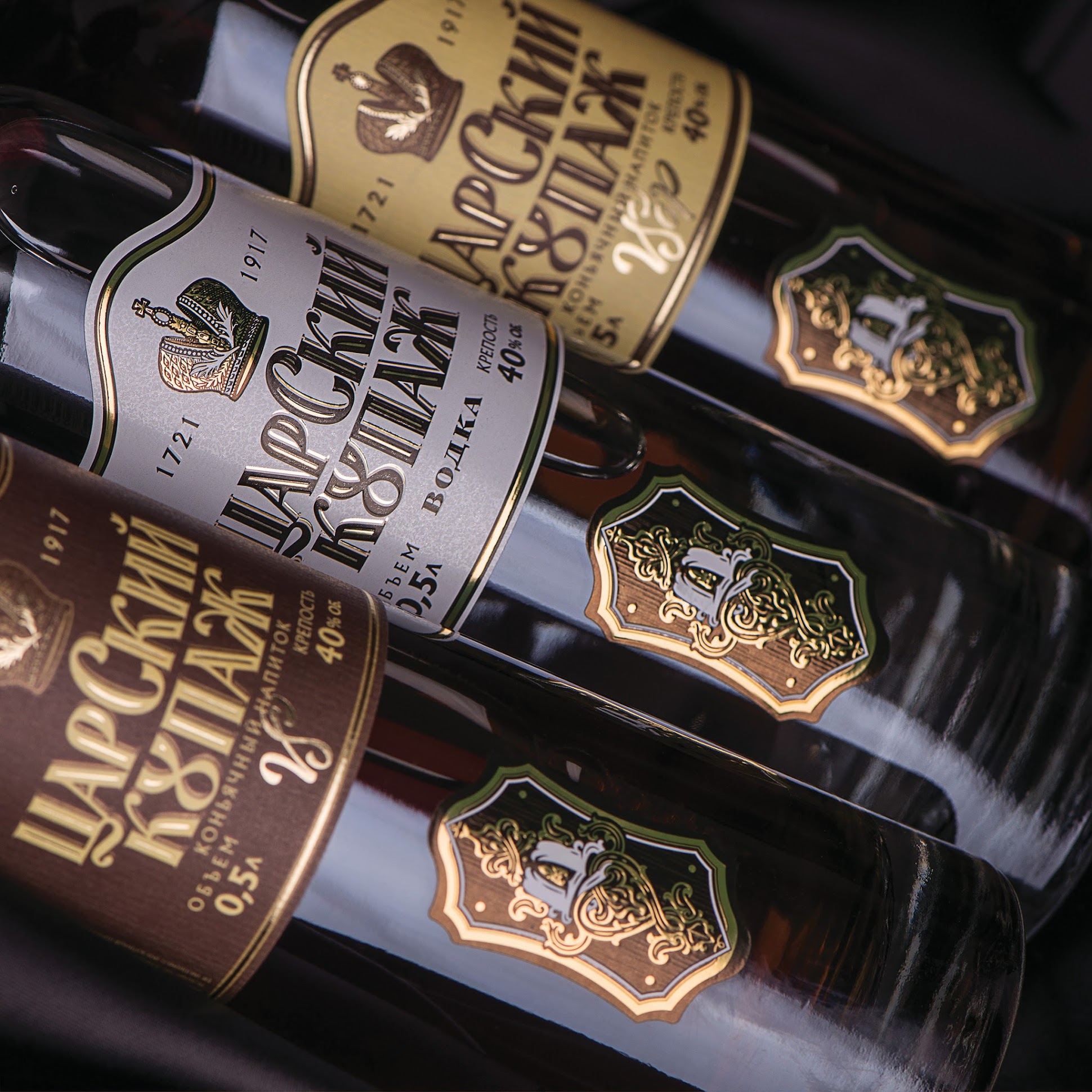 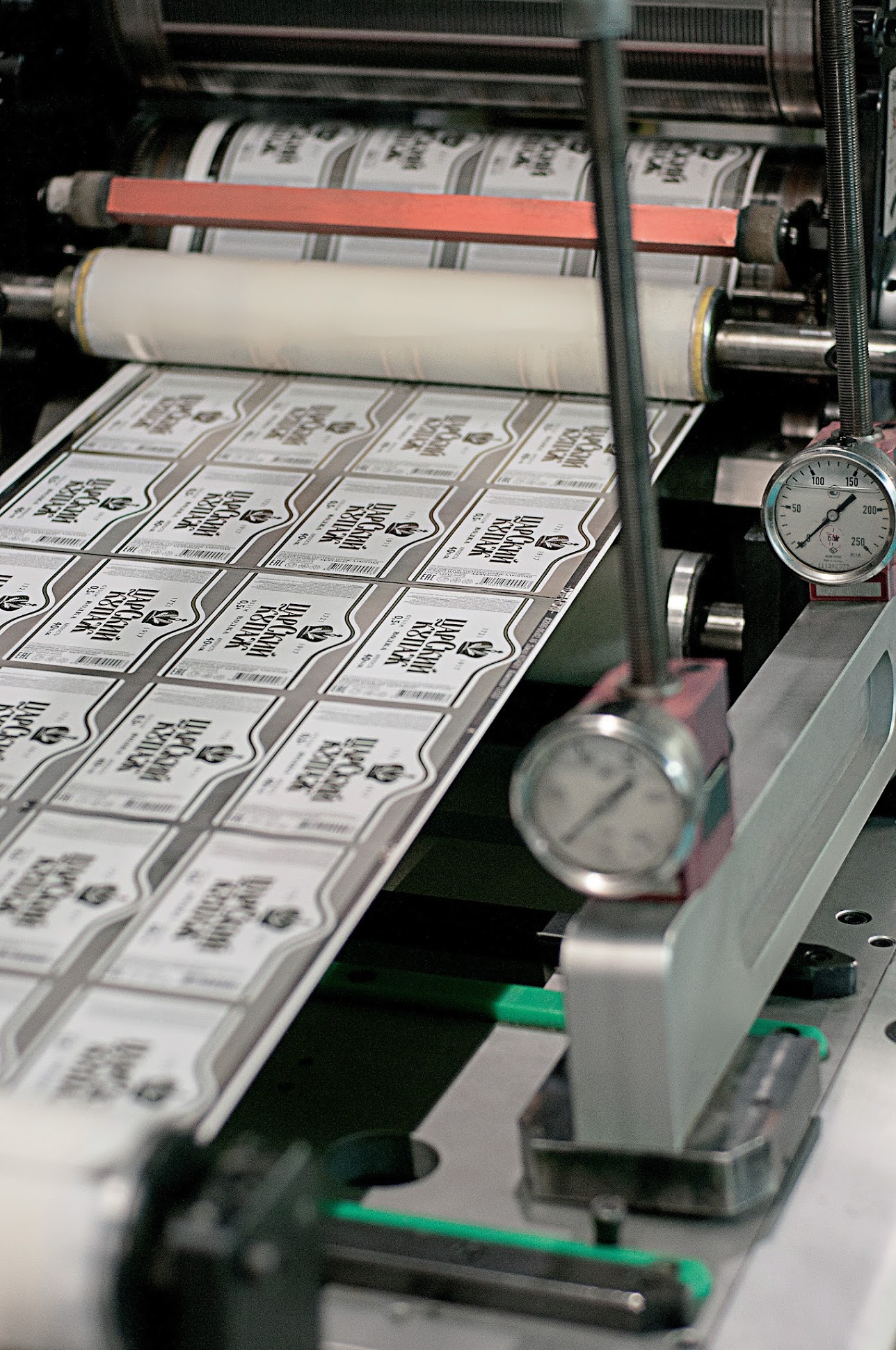