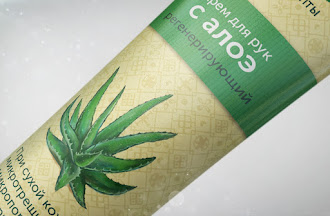 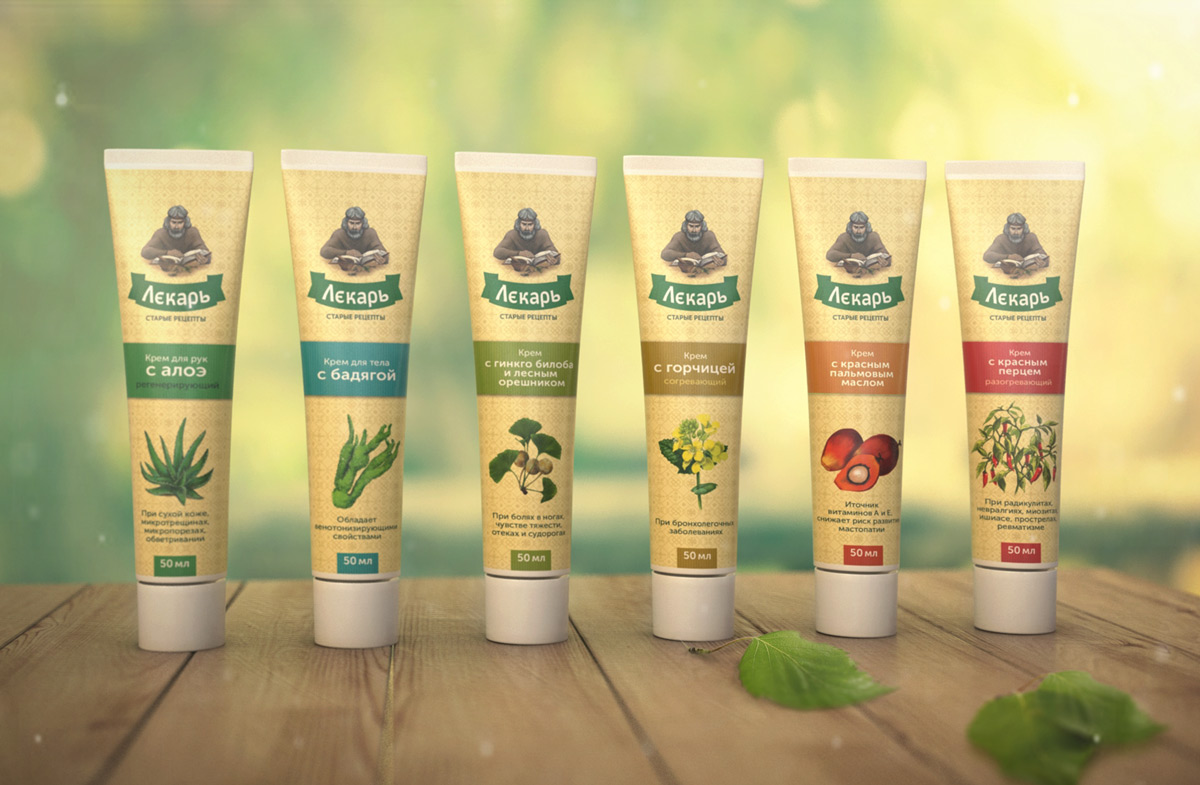 Graphic design studio DEZA refreshed the series of the therapeutic and cosmetic cream line “Lekar”. Five most popular SKU of the “Lekar” cream with renewed design are already on sale.

How to attract younger audience to the product with a rich history without loosing those loyal customers, almost elderly? How to find balance between freshness and tradition?

Actualization of brand without loosing its recognition – essence of Refresh brand technology, successfully used by studio DEZA, when making rebranding is risky, and making redesign is senselessly. In case of “Lekar” creams line packagings exactly this approach allowed to achieve the client’s goals: to attract younger customers without loosing those, who are used to the image of the product on the shelf. The second task of the studio was to create the new logic of the creams line, considering the appearance of the novelties in future.

Firstly the corporate character of the “Lekar” cream was changed. From straight and severe he became positive and charismatic: his look became kinder, the color spectrum – warmer, he got attributes of Russian healer. The character remained the same, but now he is also kind.

The tracing of the product’s name was changed towards more traditional, but at the same time clean and laconic. As the base the example of the fist Russian printed books type was used. Geometric patterns, based on Old Russian ornaments, symbolizing the sun, sown field, seeds etc., were created for each type of cream packaging

The series of illustrations of the key components in the style of botanical directory became the main identifier of the species of creams in the line. Corporate colors of the packaging remained the same to save common “color spot” on the shelf.

The product became clearer, notable and more attractive for women over 35, at the same time it saved its tradition and recognition.

Five renewed “Lekar” packagings have already took place on the pharmacy shelves and also appeared in “Okay” and “Lenta”. Soon the rest creams of the line will be produced. 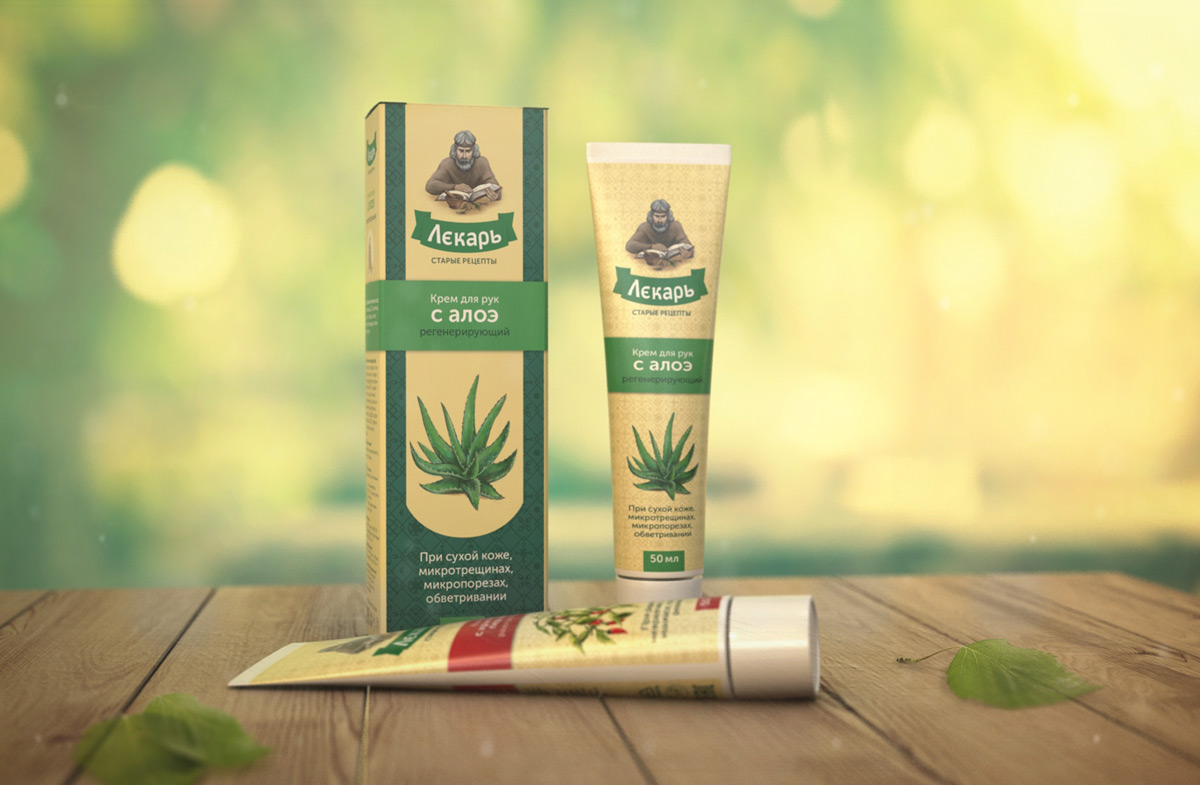 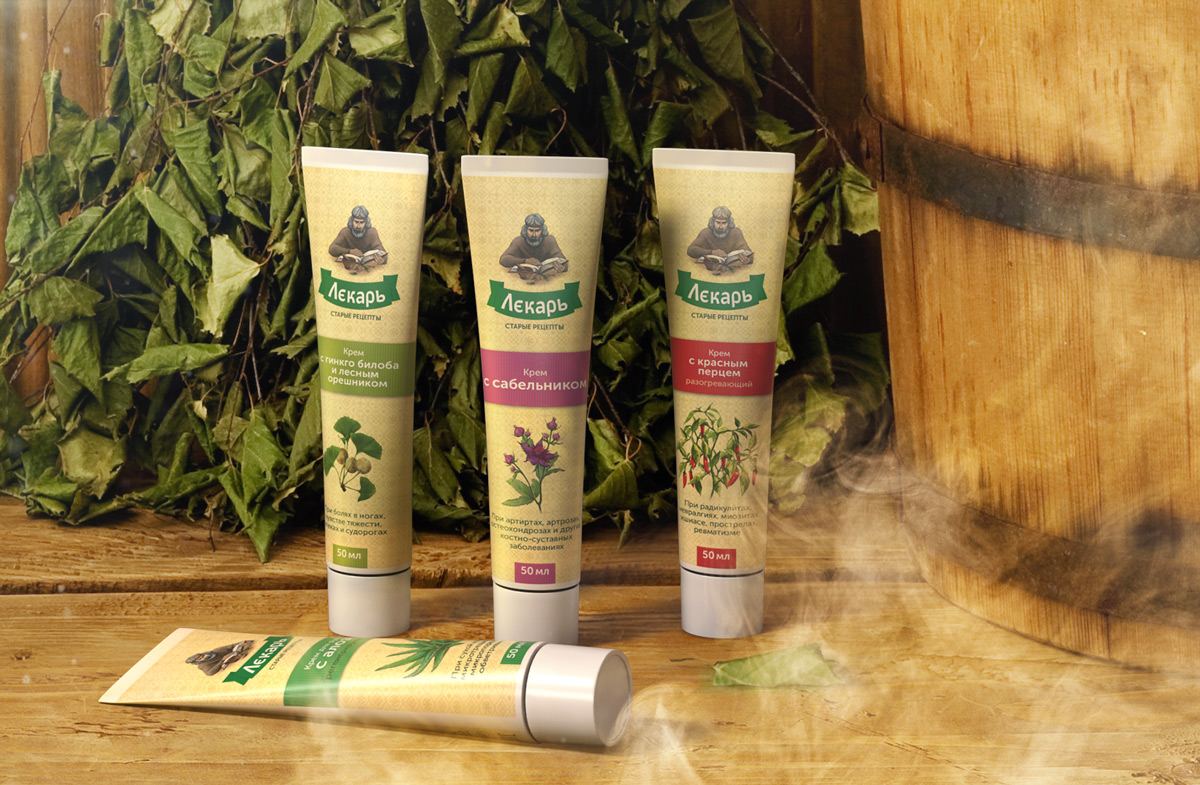 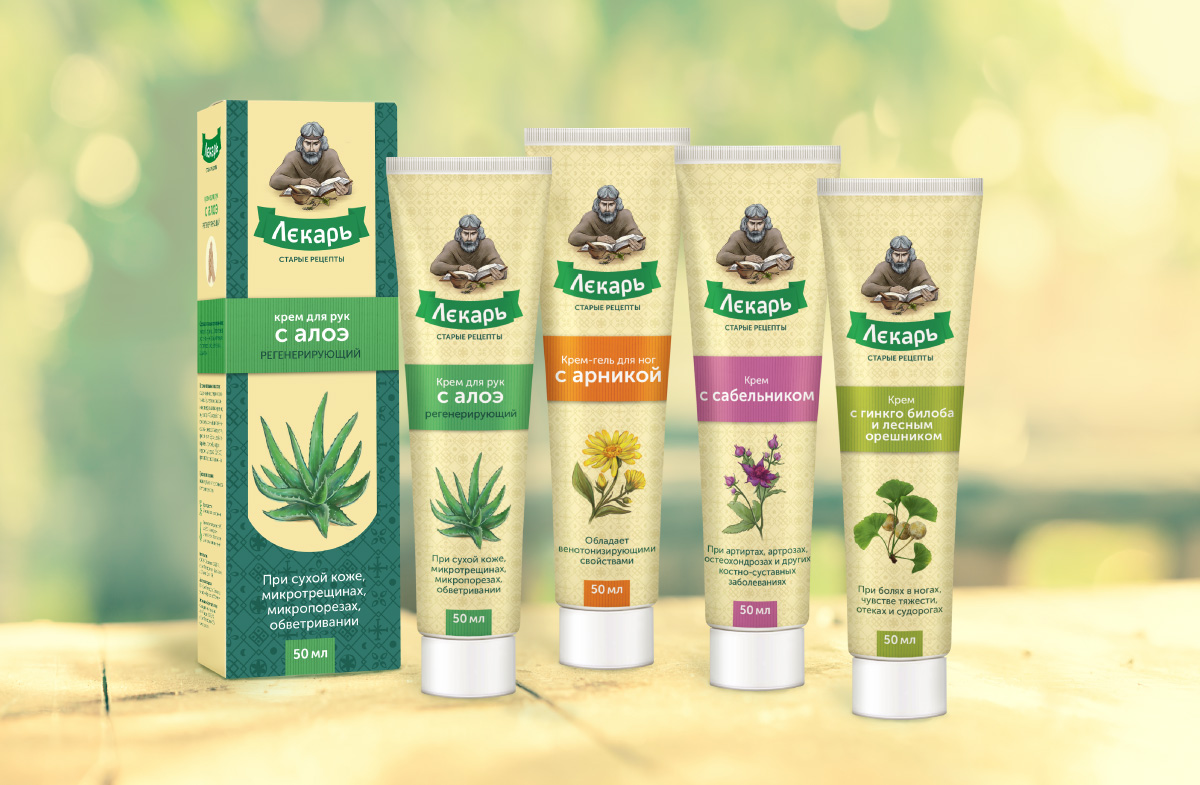 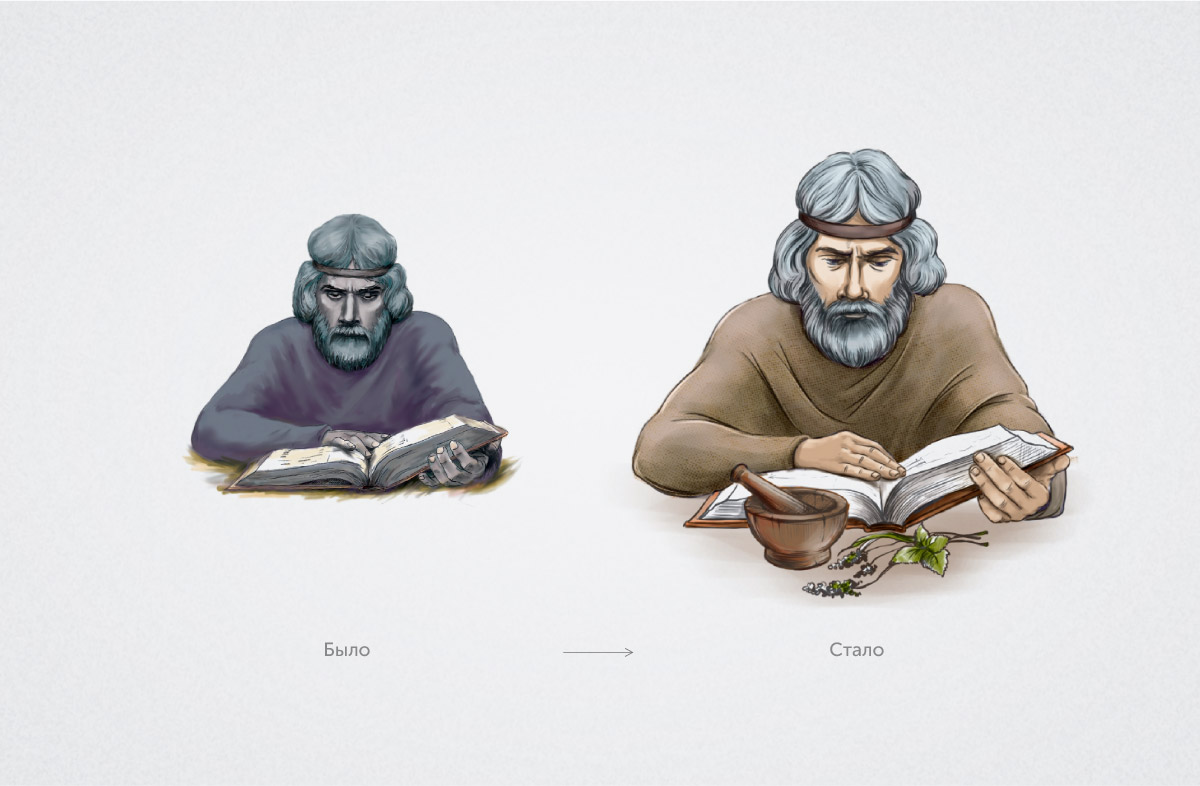 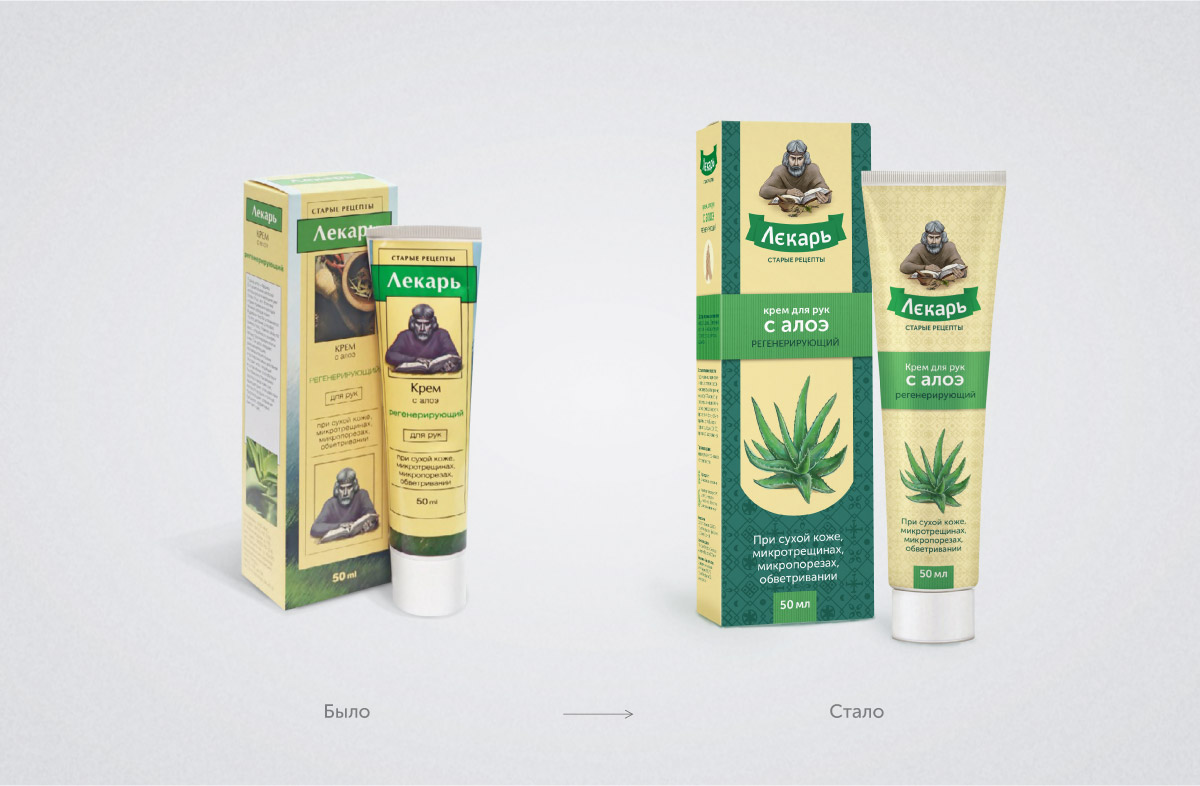 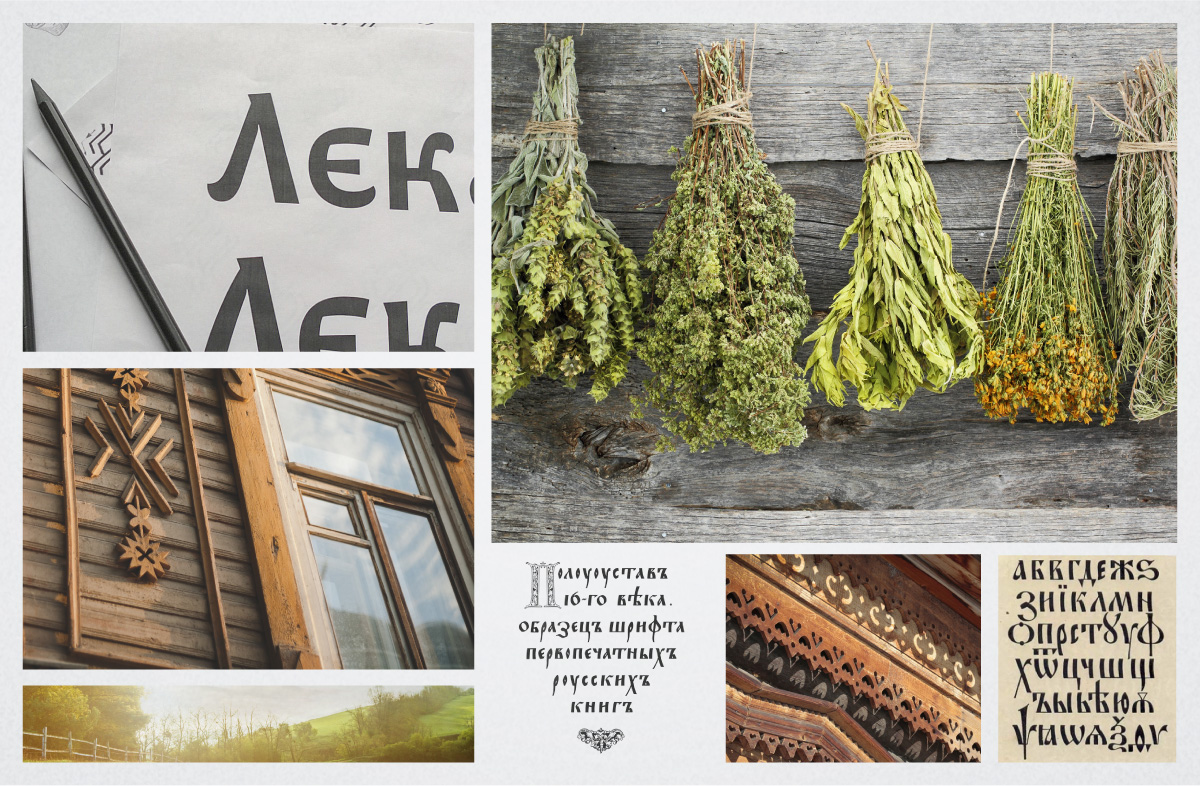 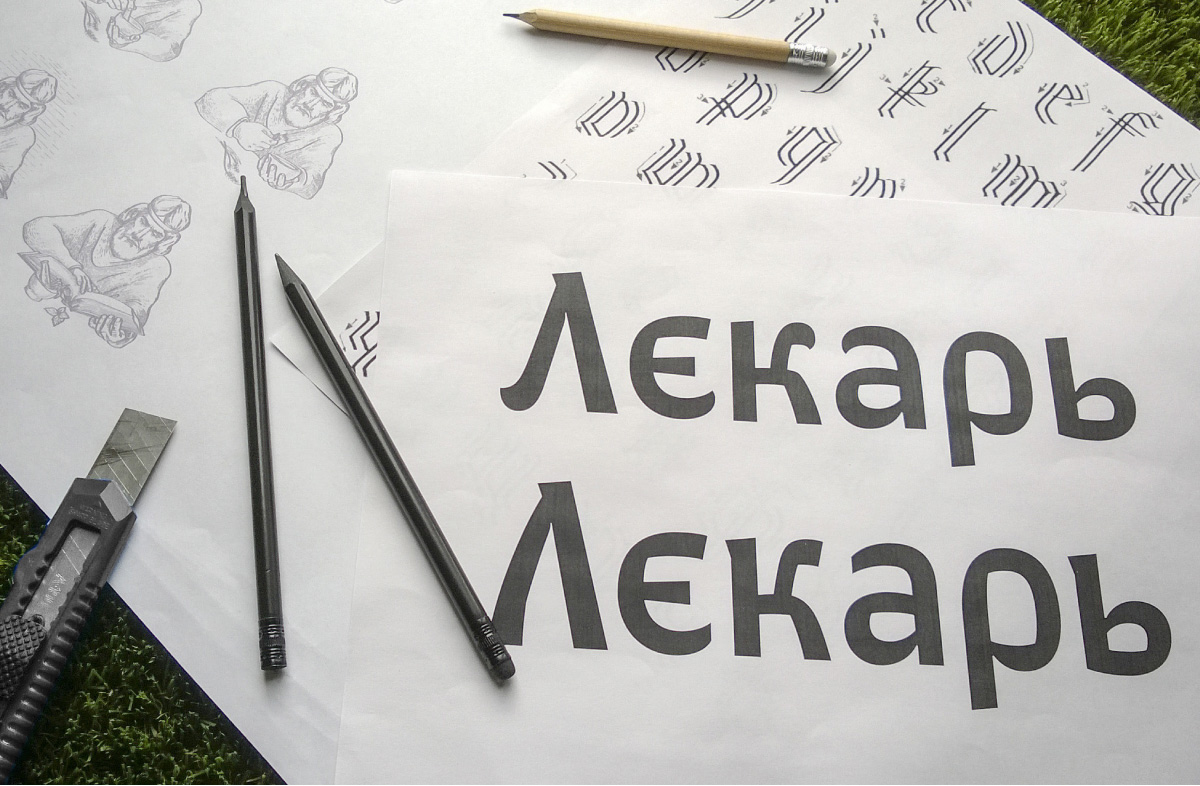 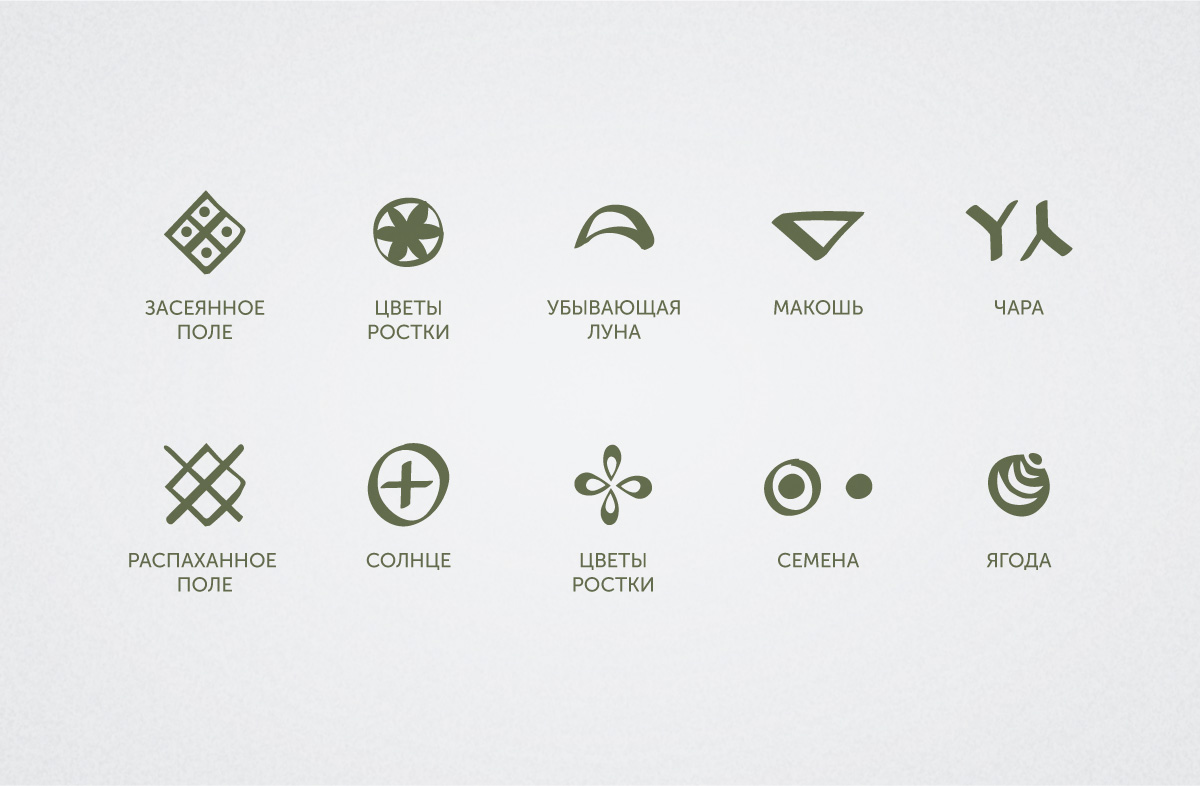 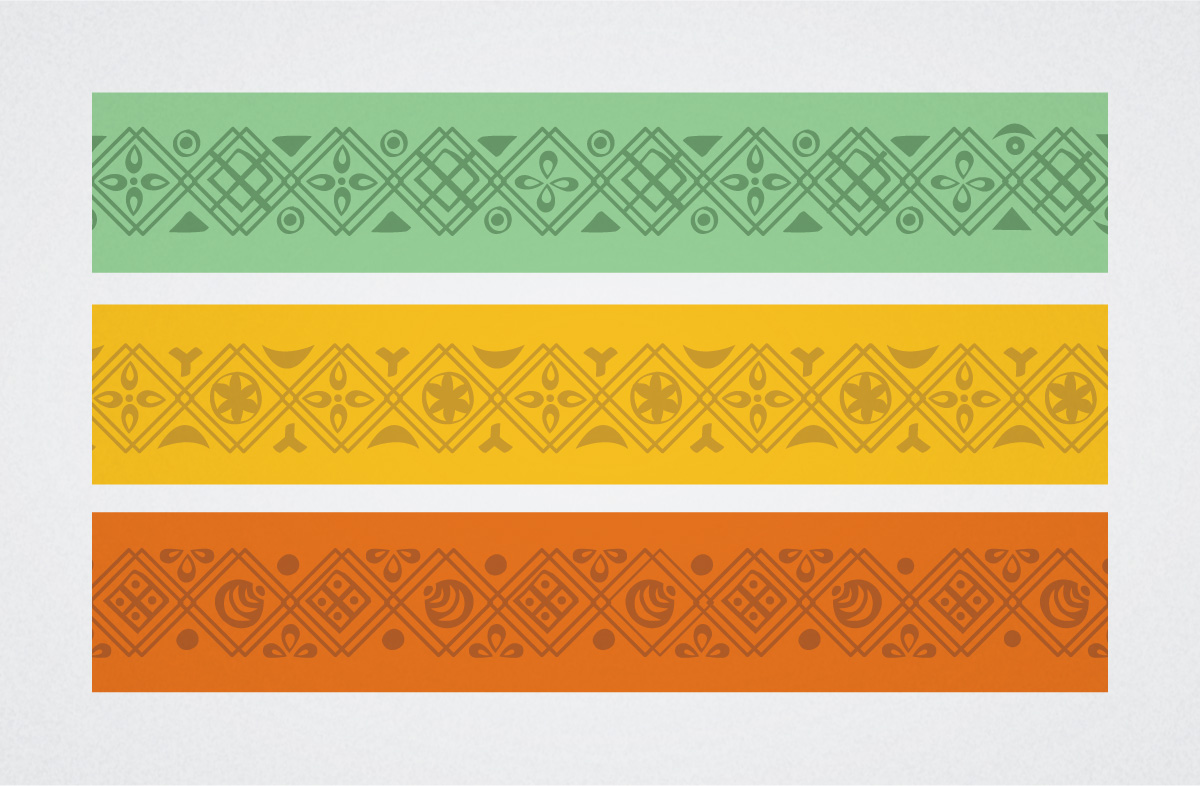 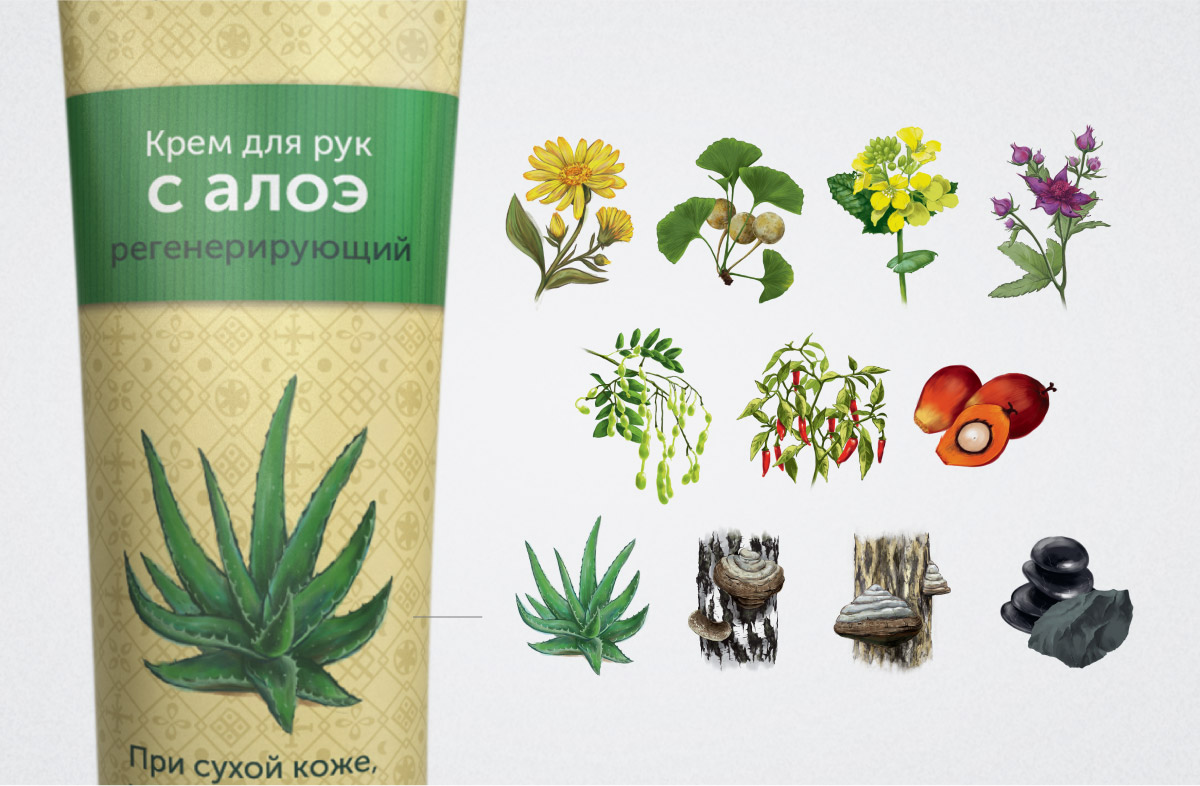 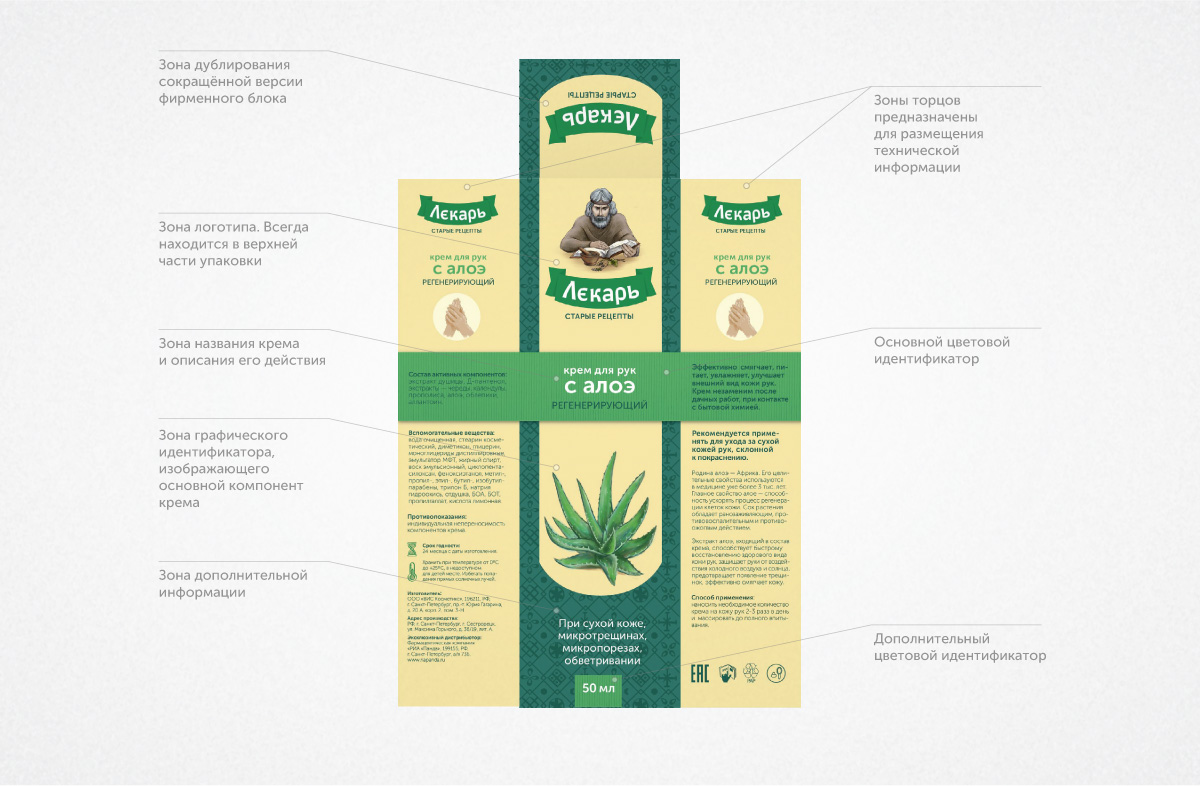 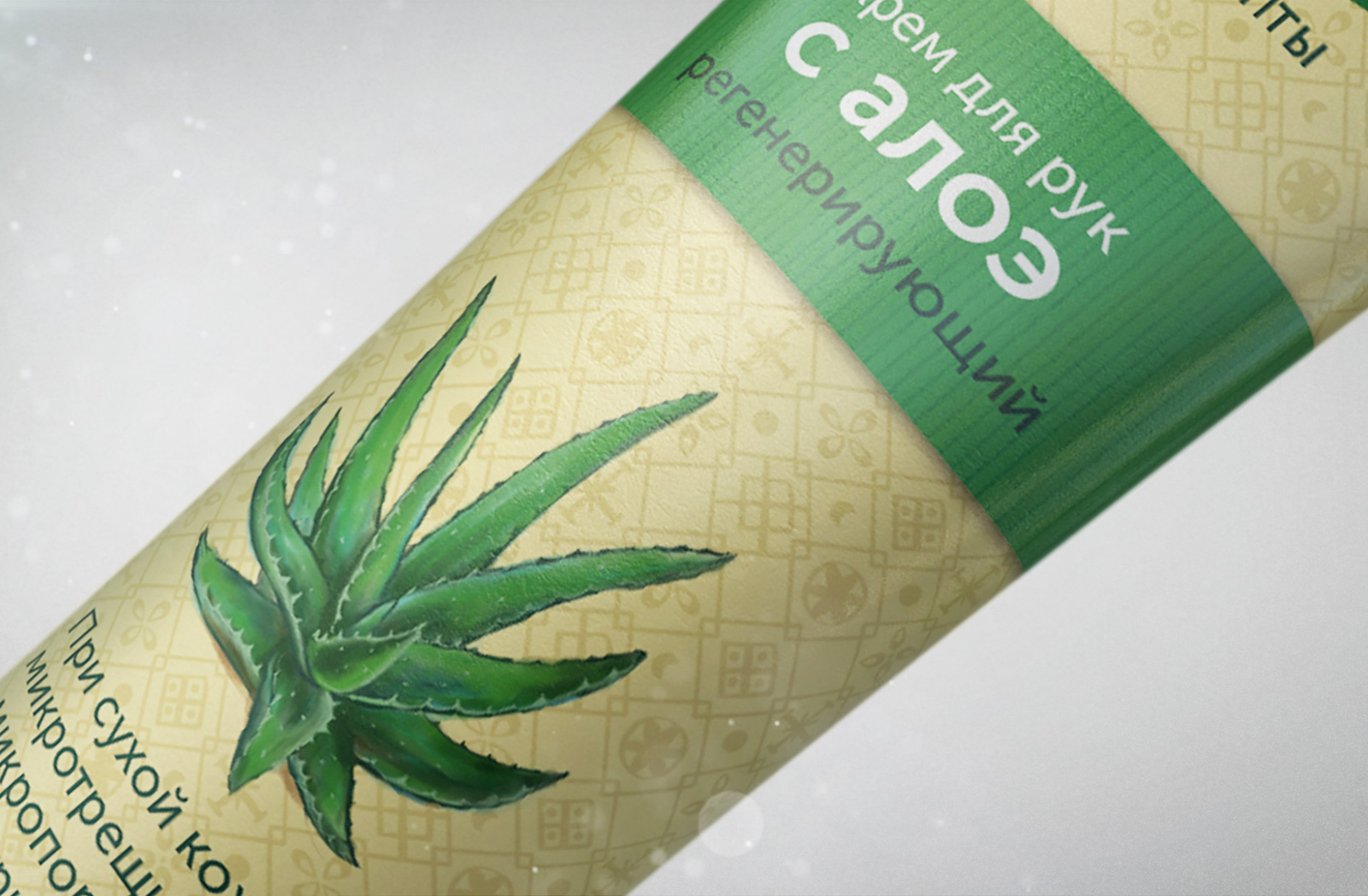