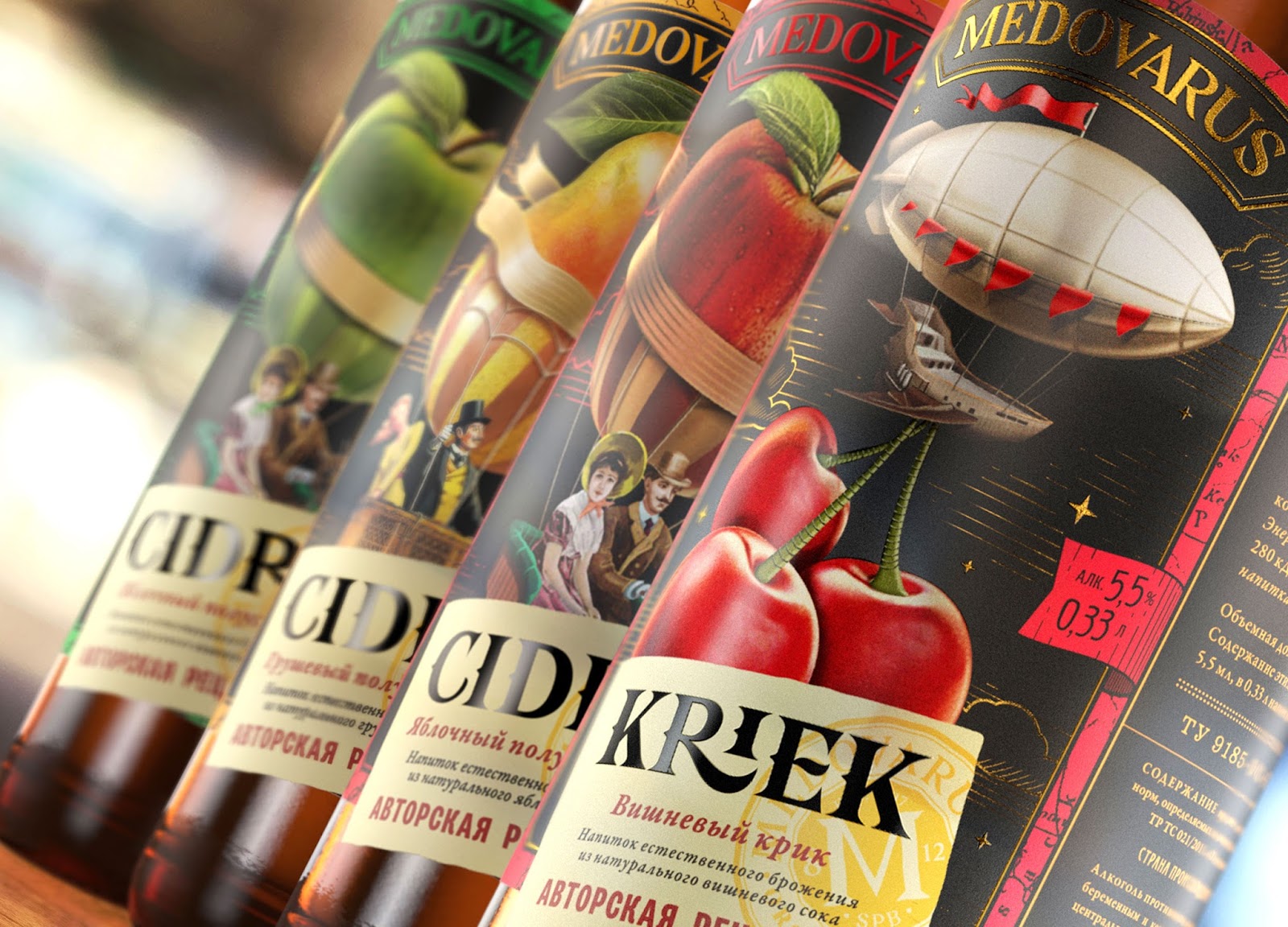 Medovarus is the creative workshop of drink with a unique formulation of natural ingredients.

The history of the brand begins in St. Petersburg. The romantic nature of the philosophy becomes a part of the city brand: “Medovarus is the world of freedom, dreams and inspiration.”

The perfect guide to finding ideas. We had to create modern label for a new line of flavors of beverages of natural fermentation, which have provided the values of the brand and clearly identified product on the shelf. Our strategic task was to emphasize the naturalness of the ingredients. We have chosen the theme of travel. Air balloon as its symbol, was chosen as the Central image. At that time, we have defined of style – the retro-futuristic steampunk. The fruit on the label illustrate flavors. It’s the direct metaphor.

Apple and pear replace the top part of the aircraft, but retain the conceptual design. Romantic characters of the 19th century emphasize the lightness of the drink and include the author’s oldest recipes. For cherry’s “Kriek” with a slight bitterness and more mature taste, the visual accompaniment was the airship. Collerette illustrates the map of Russian Northern latitudes. The upper part focuses attention on the identity of the brand to the Northern capital and the organic way of production of the drink. 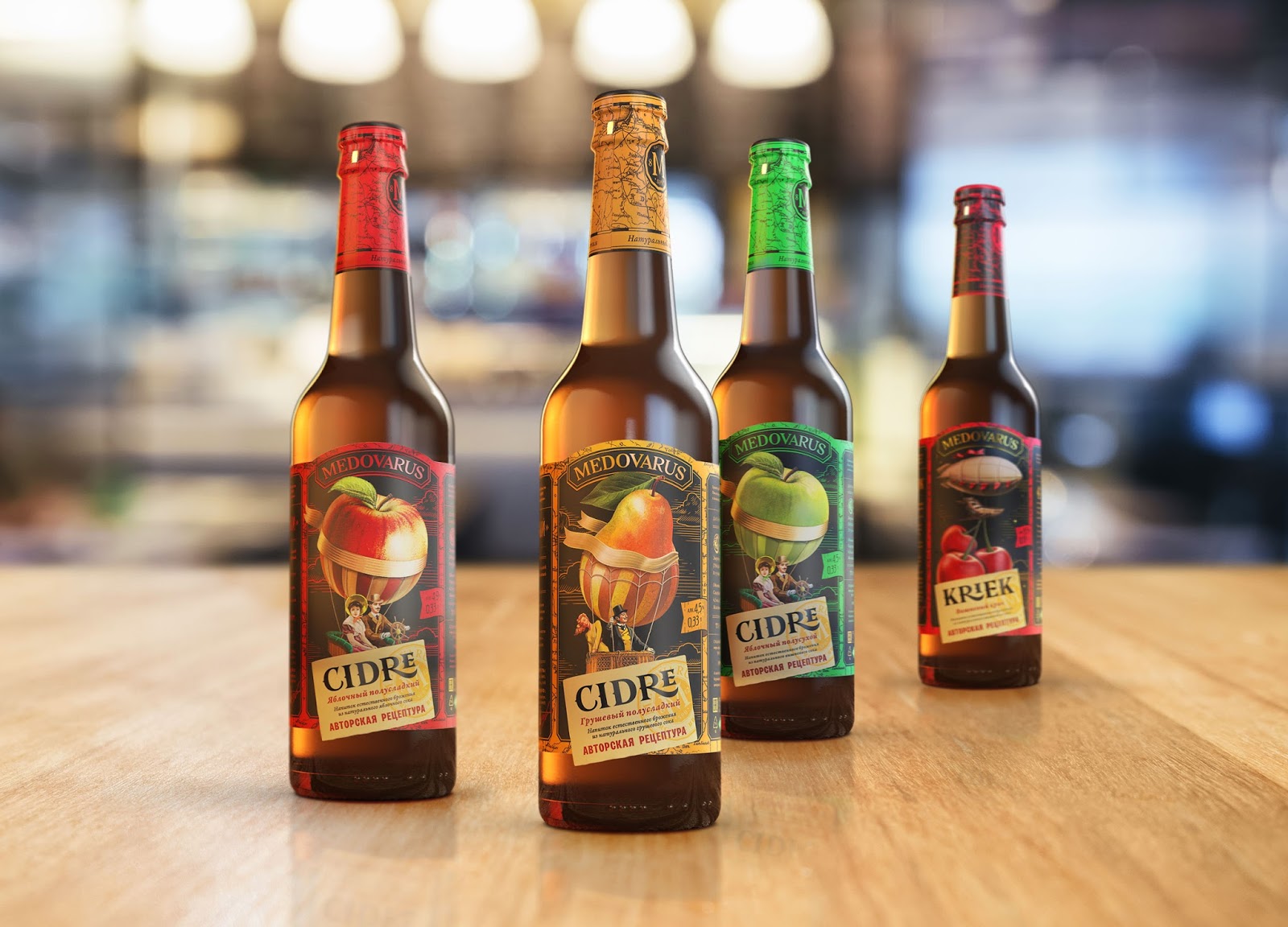 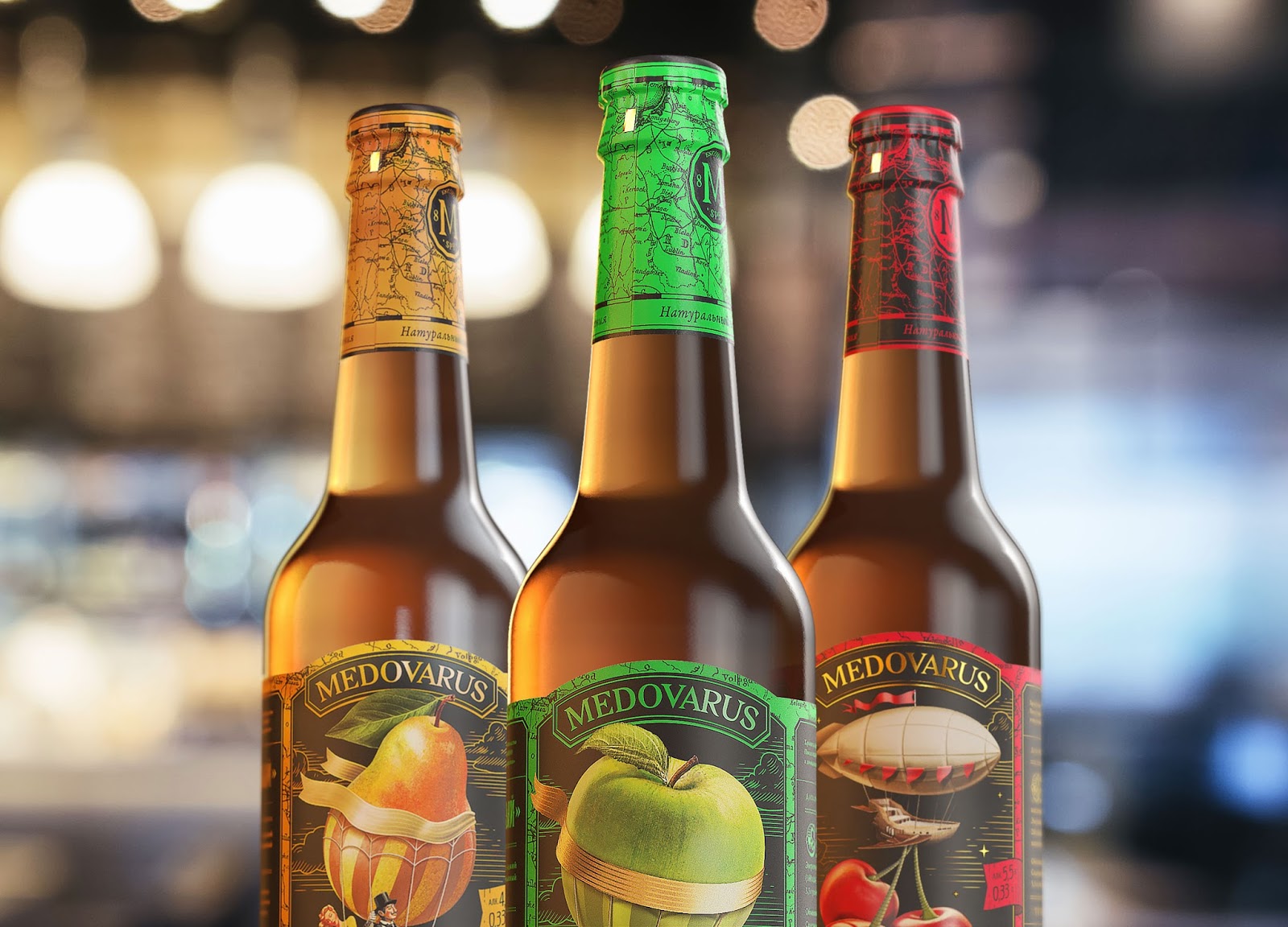 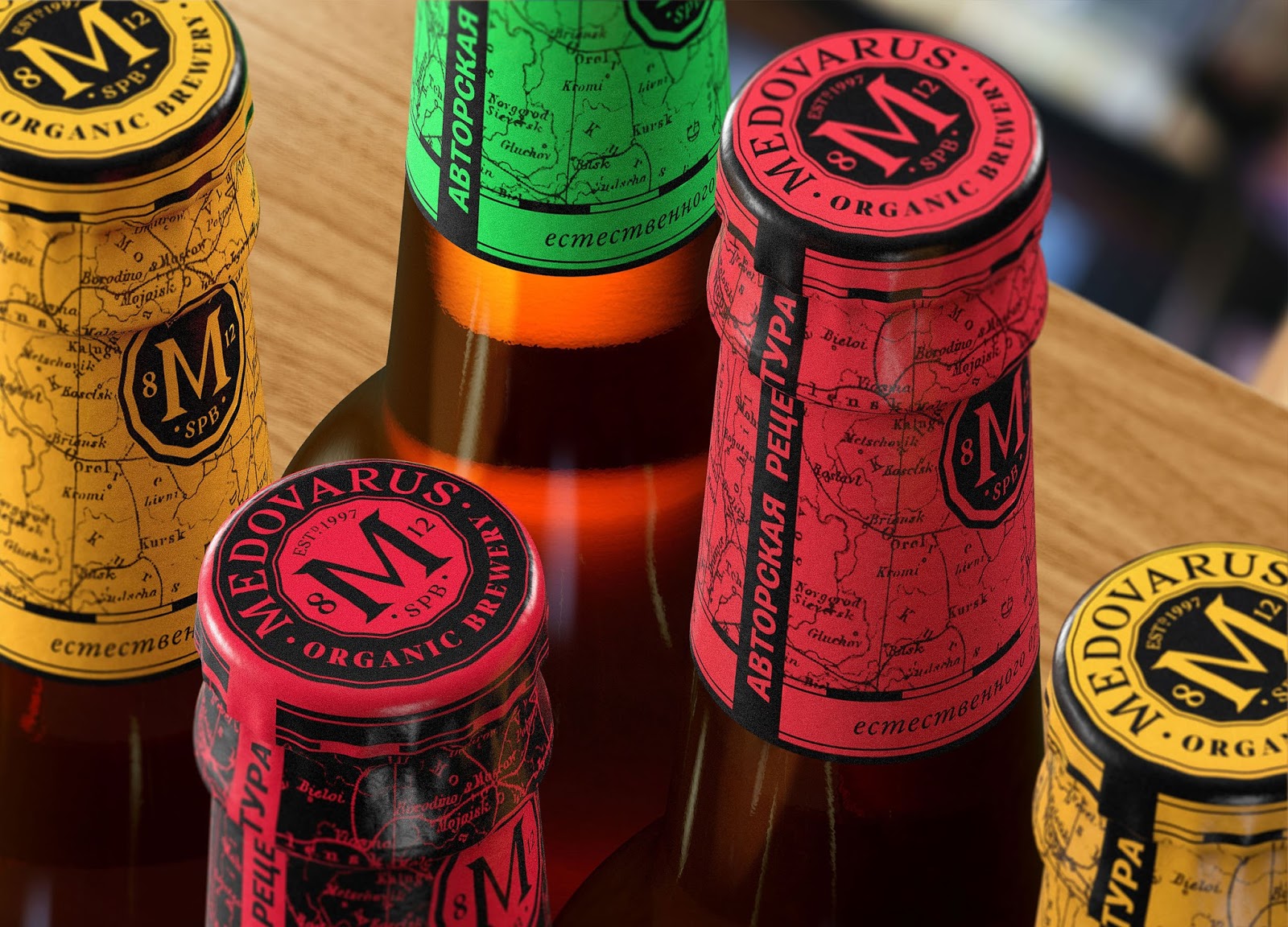 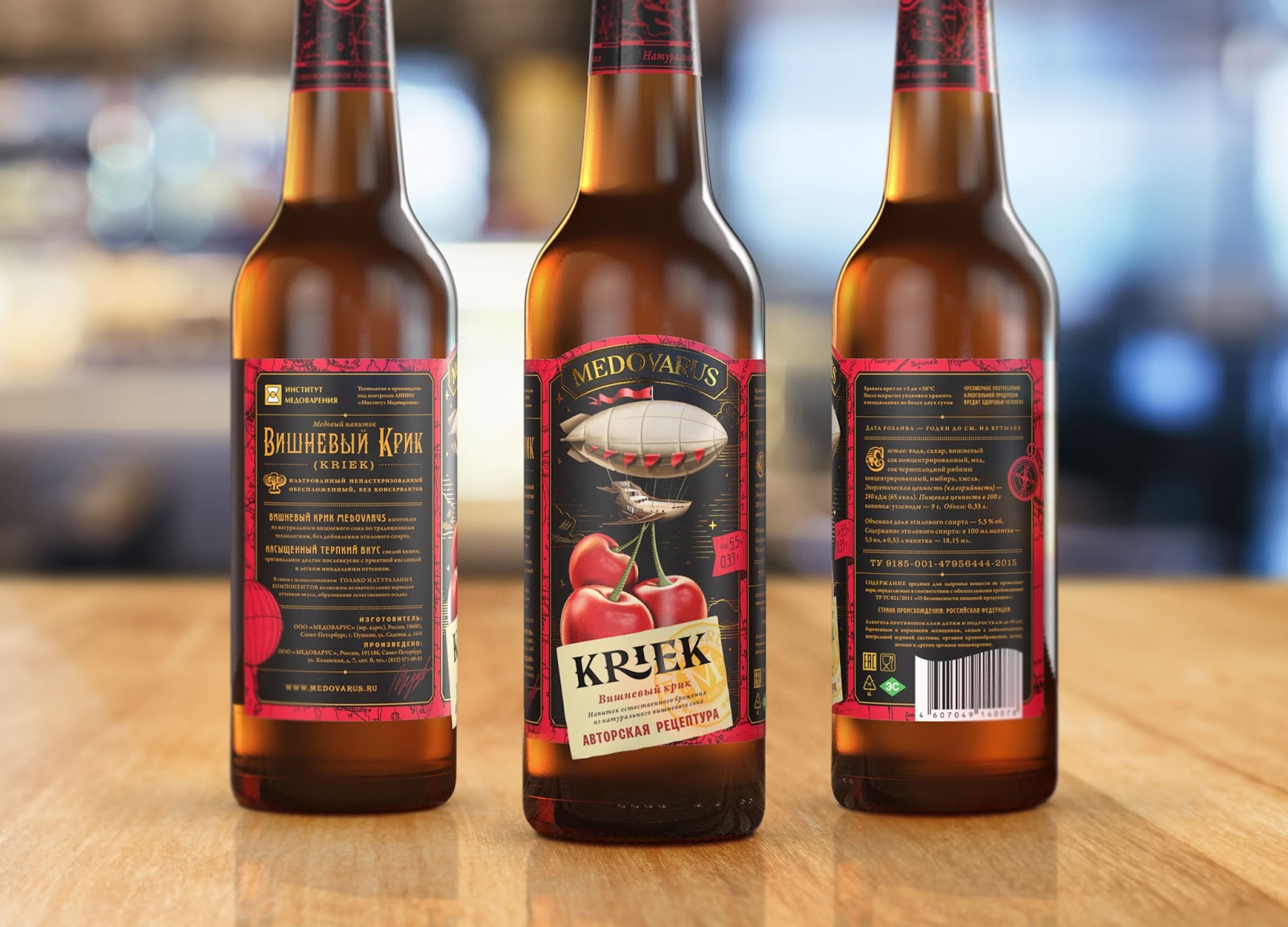