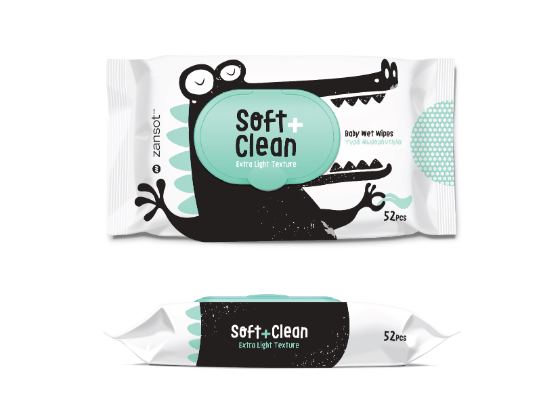 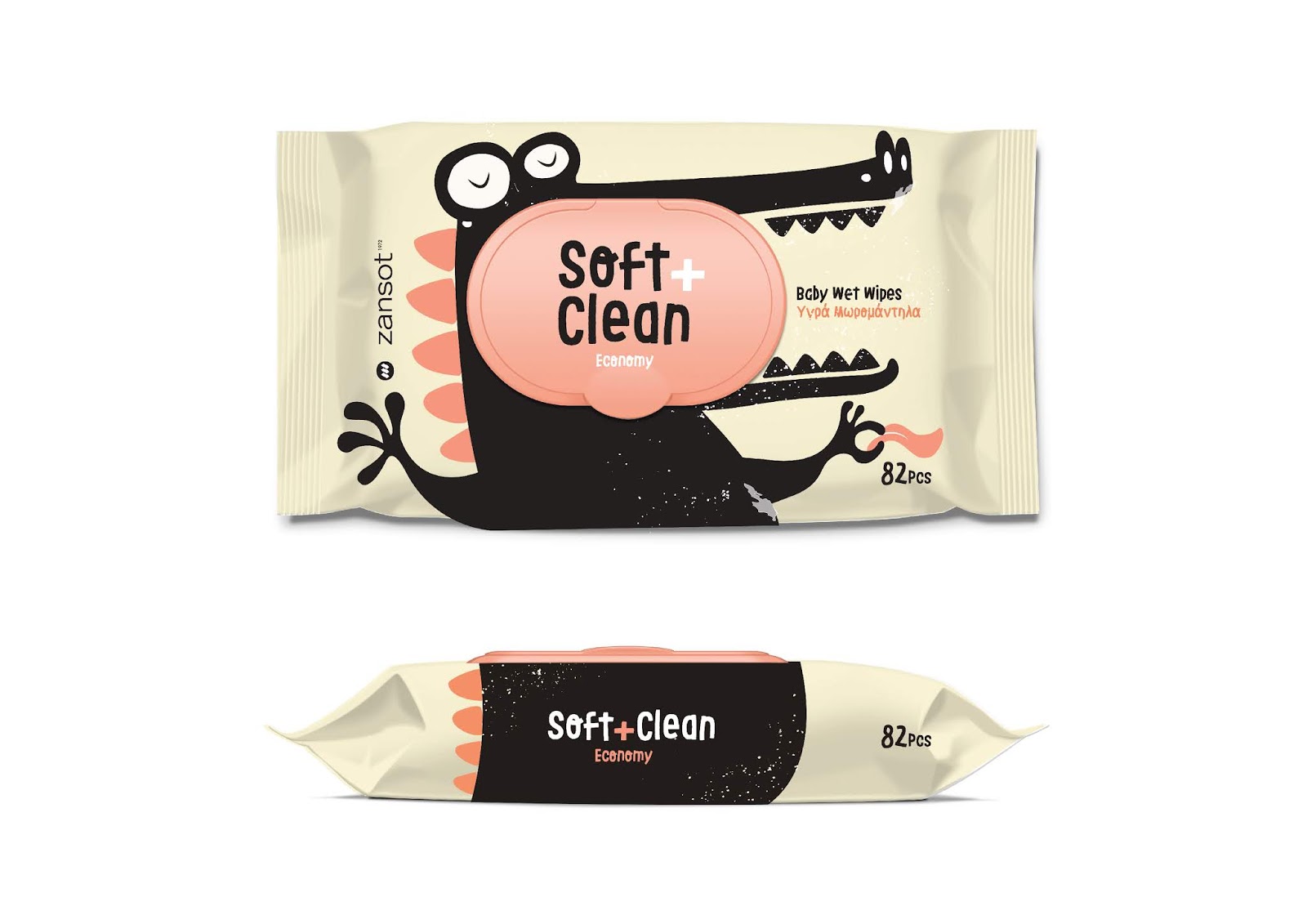 This project on baby wipes was completed during my practice in K2design. Since the product is intimatelly connected to childhood I decided to base the design on a short story of my own making featuring a Crocodile as the main hero. We all know that toddles have a tendency to get dirty while playing. We also know that they have rather sensitive skin which requires special care. It was these elements along with the title “soft and clean” which made me realise that no other hero could represent the playing toddler than a crocodile, a creature living in marshlands, characterised by its rough and dirty skin.

The Soft and Clean Story
Once upon a time, on the banks of river Nile there lived a Crocodile named Sefes. Sefes was very naughty. He enjoyed playing in the mud and laying with his back on the ground. At school no other crocodile liked Sefes behaviour. His usual game in the mud made him smell bad which caused everyone to avoid him. Sefes was really sad.He realised his skin was rough and dirty but wouldn’t stop playing in the mud he so much enjoyed. After a period of deep consideration he decided to give a permanent solution to his problem and went on to buy baby wipes. His skin started shining like never before as early as his first use. Sefes was happy at last. He now has many friends and is the most “SOFT&CLEAN” crocodile at school. 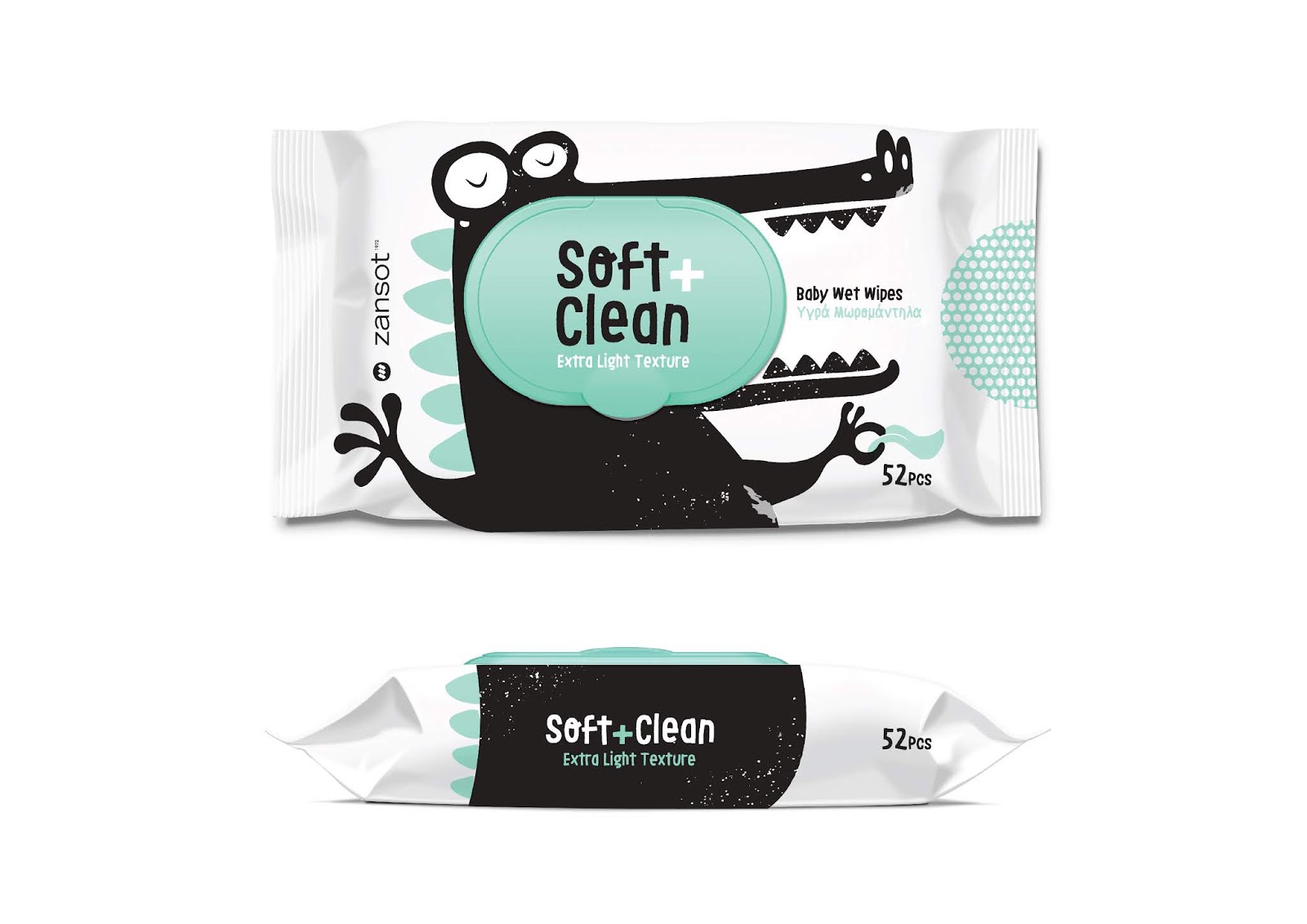