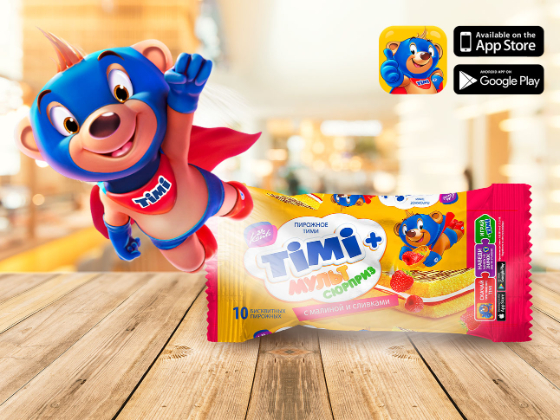 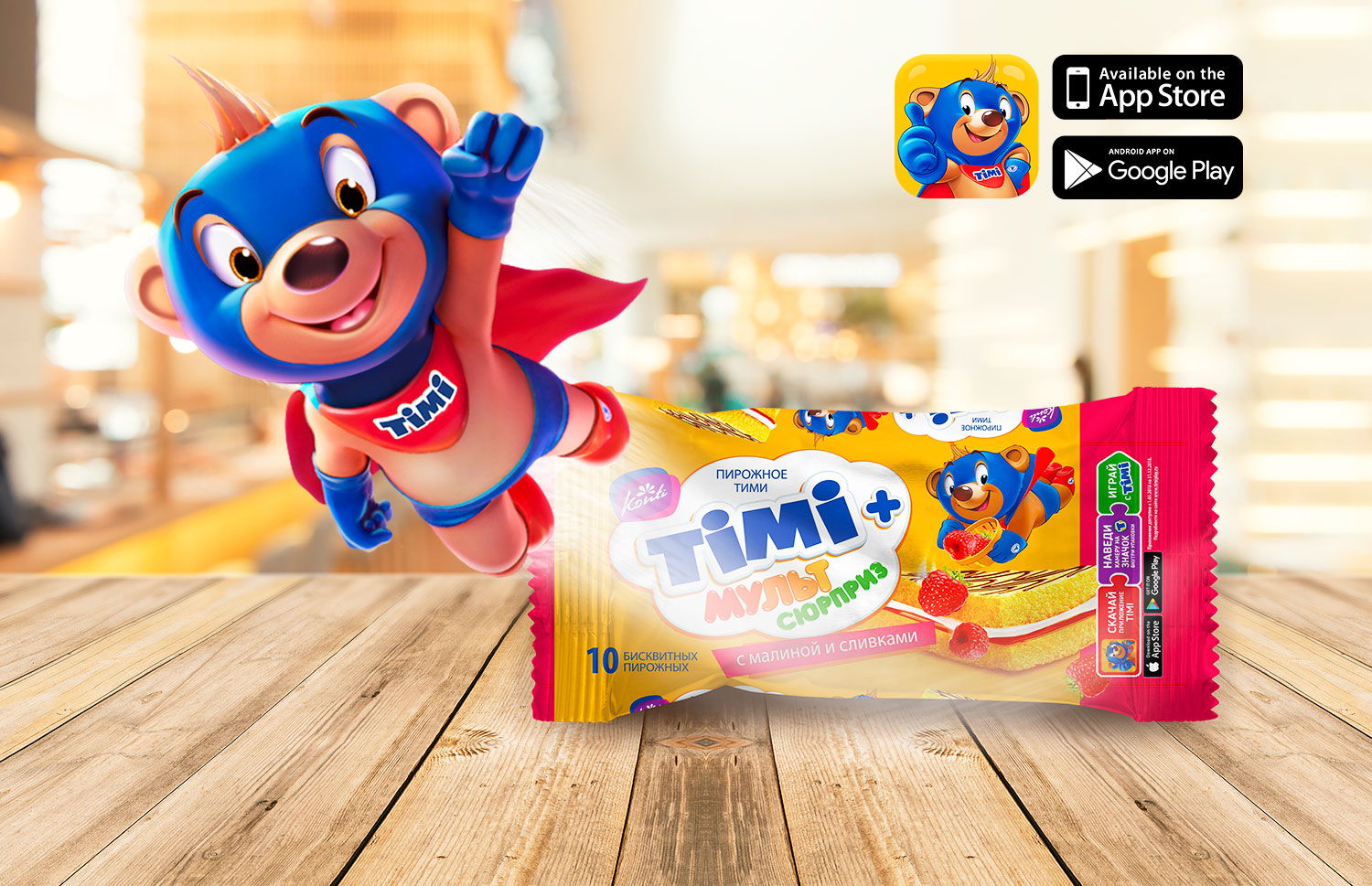 Company Live Animations to order of company «KONTI», one of the biggest producers of confectionary, has released AR-Application with 20 cartoons with the average duration of 3 minutes each. As a result, the many-serial cartoon of 1 hour duration came out! It can be regarded as a full-length animation film in augmented reality. For today no one in the world had done anything like this before.

Live Animations created a captivating story with teddy bear Timi represented as a series of cartoons in augmented reality. Children can view the cartoons via simple smartphone or a tablet, using the free application, which was also designed by Live Animations. Keys, which open another series or cartoons, are printed directly on the packing.

Finally, the company succeeded not only in animating of teddy bear Timi, but also in the creation of his world, his friends, showing his character, his mission and rendering much usefulness to the product by adding many tutoring and developing content. 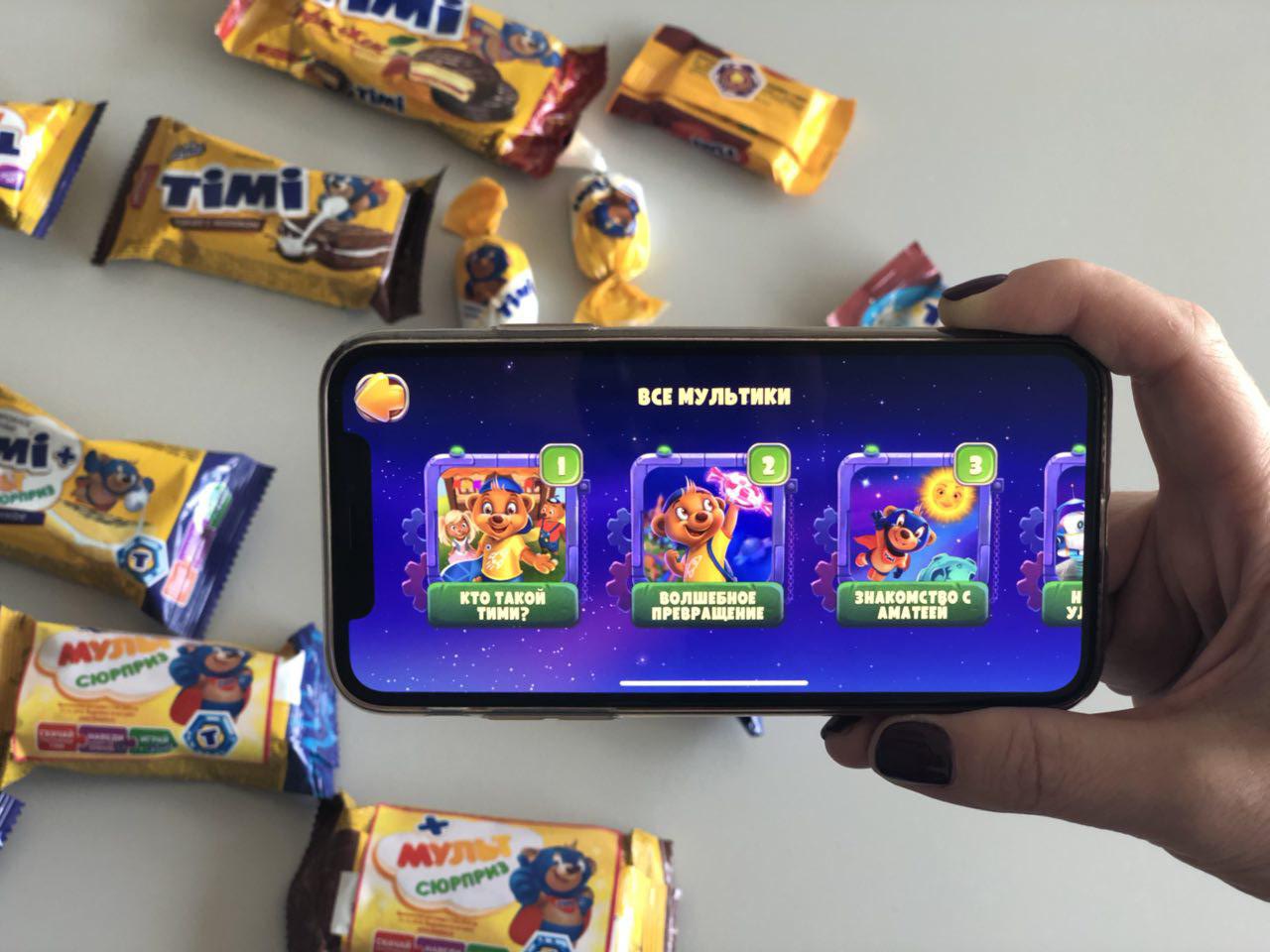 What’s Unique?
From the technical aspect, no one had used before technologies ARcore, Arkit simultaneously with marketing purpose in one product. Live Animations to order of company Conti are the first, who combined in one app animations, which work with usual AR technology – like recognition of packing and displaying animation just on its surface and technologies ARkit/AR core, which enable installing and viewing animations on any surface, walking just next to the heroes and watching cartoons from every angle, and also the game themselves in the app in 2D format. 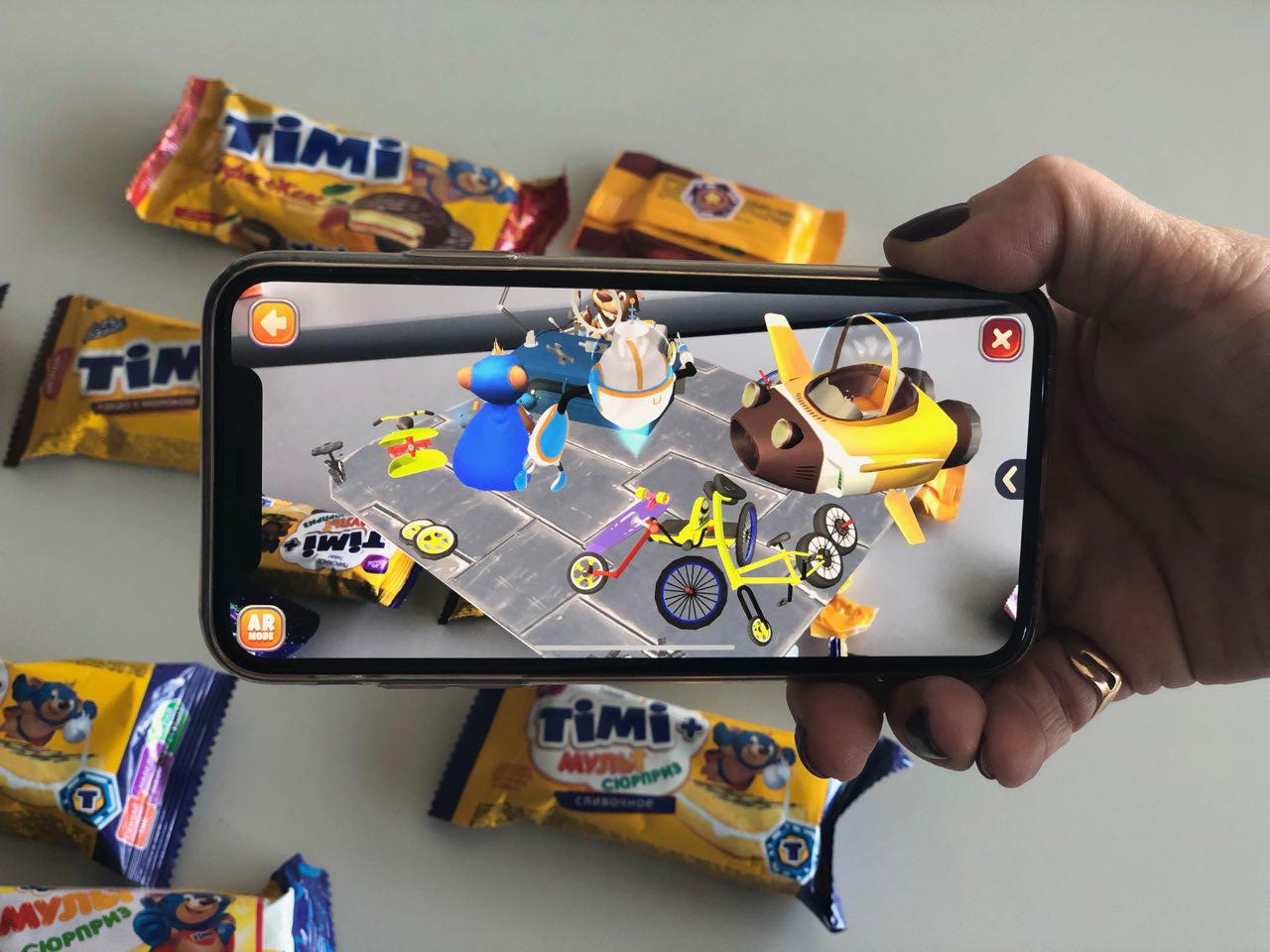 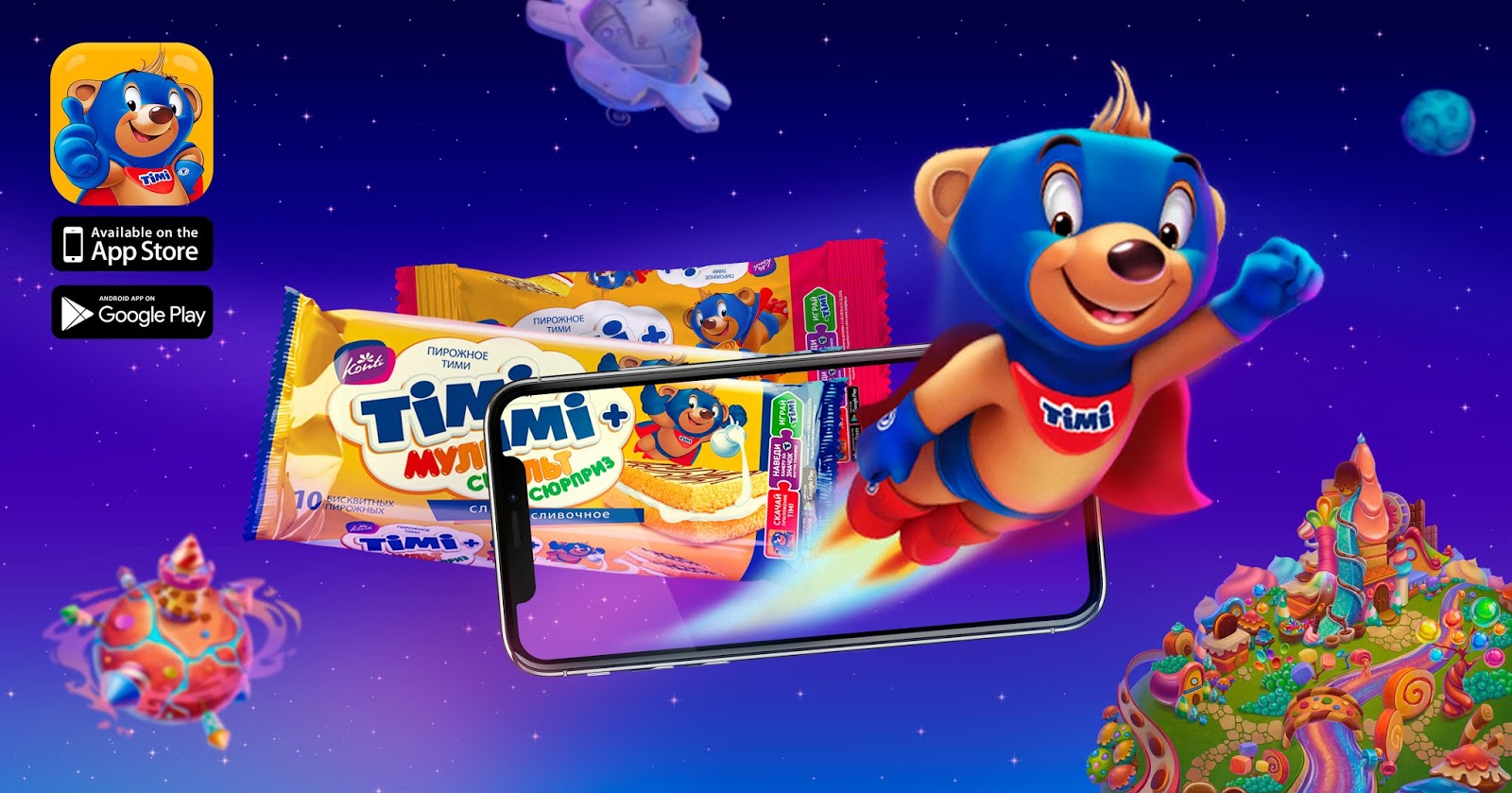 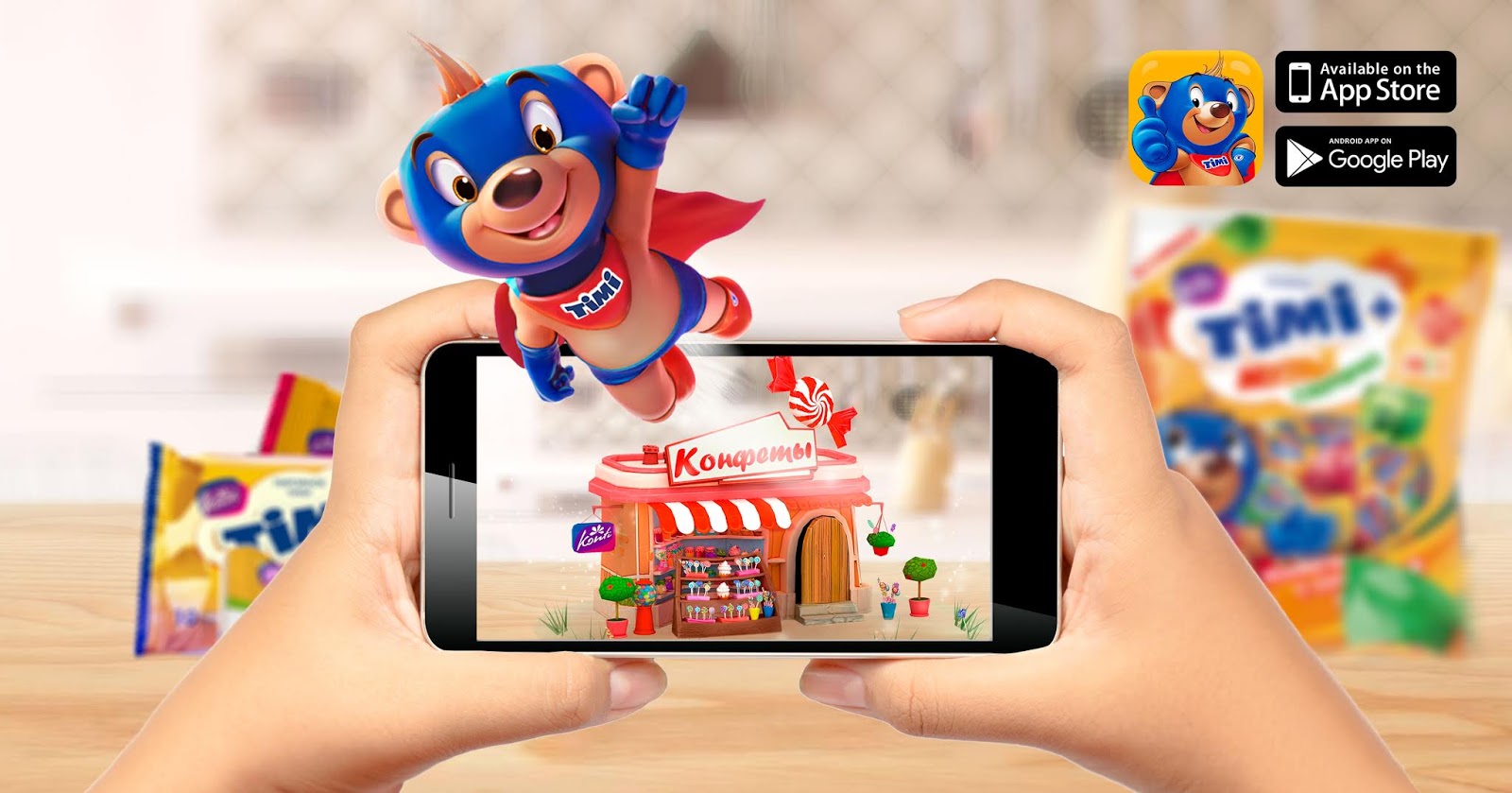