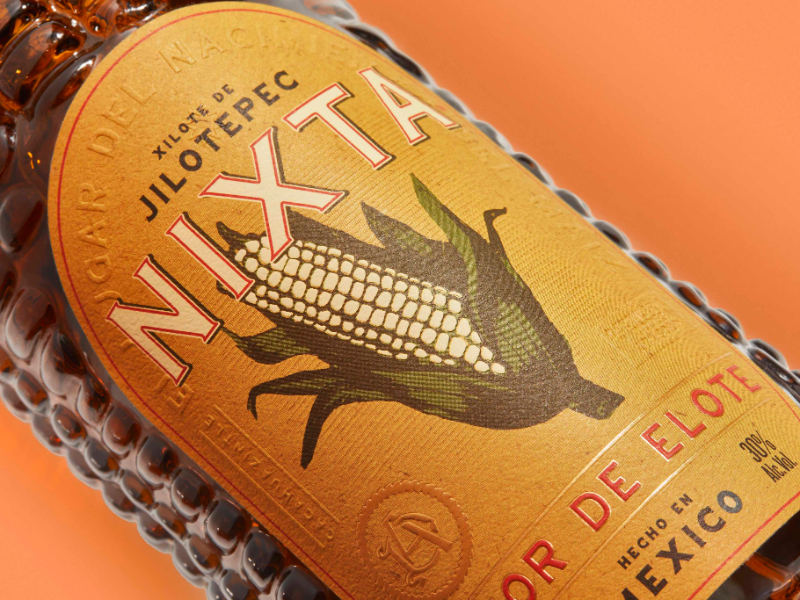 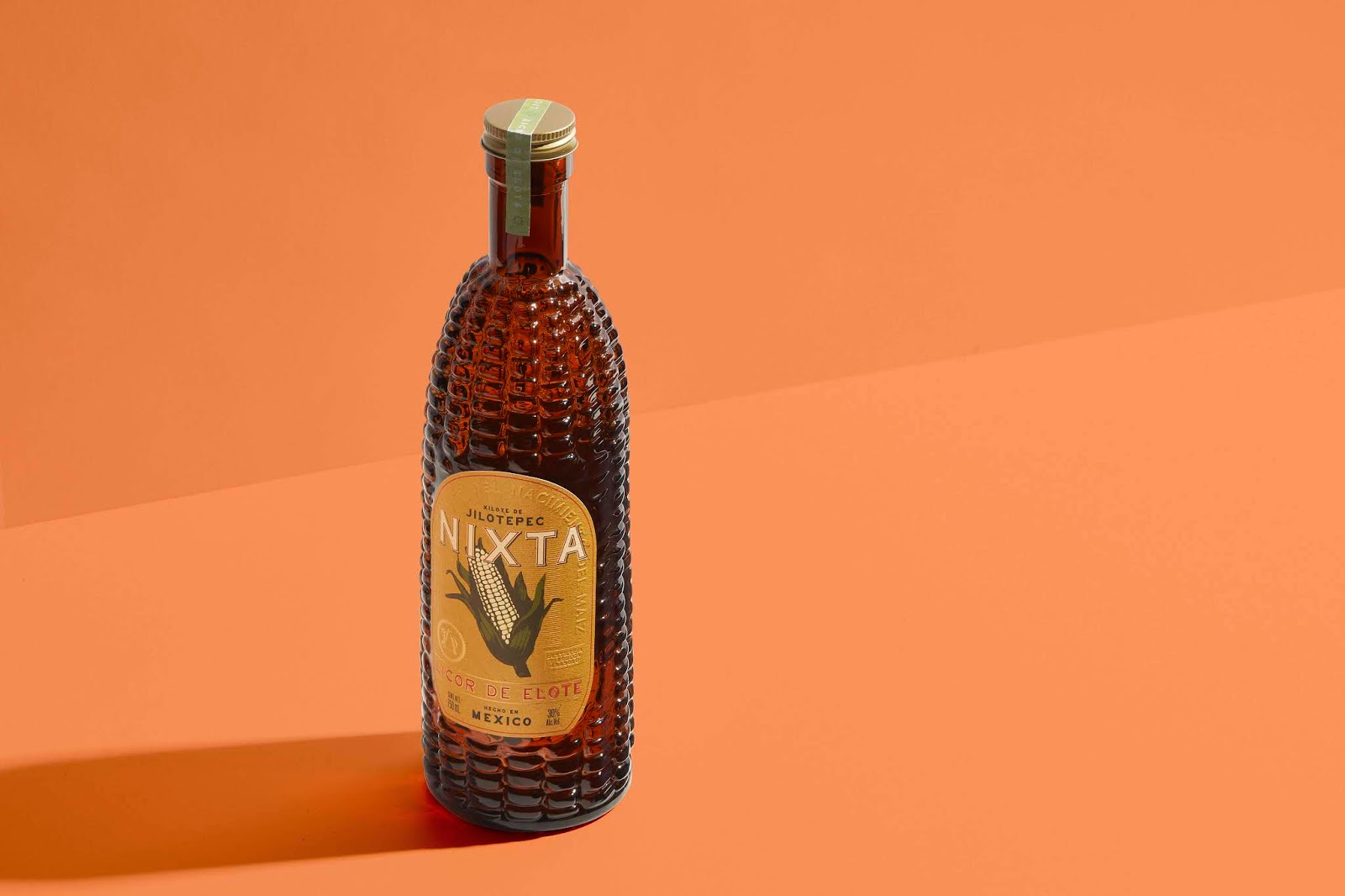 “¡Sin Maíz, No Hay País!” Without corn, there is no country. Nixta Licor de Elote is an ancestral corn liqueur from Jilotepec, Mexico—the birthplace of corn. More than just a crop, corn is a foundational element and valued heirloom in the cultural identity of Mexico, and Nixta was created to be the world’s purest form of ancestral corn distillation. Intended for bartenders, spirits nerds, and people who love corn shaped objects, the packaging design of Nixta is inspired by culinary glass forms and crate labels found in early 20th-century Mexican neighborhood markets. 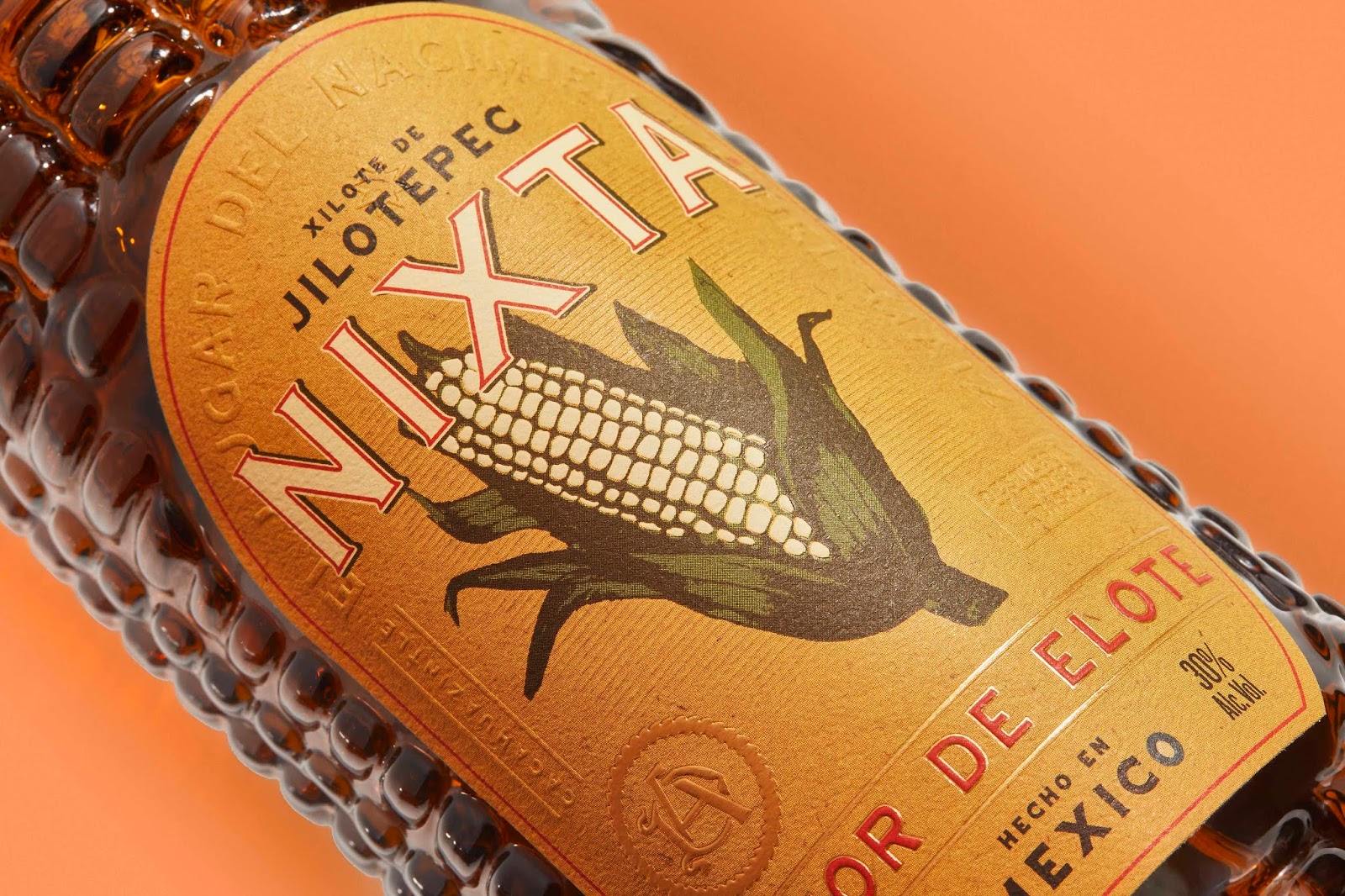 In partnership with Casa Lumbre Spirits, WeHolden was tasked to design packaging for an ancestral corn liqueur that pays tribute to corn as the foundational element in the cultural identity of Mexico. The design needed to convey the culinary aspects of the product, stand out on crowded back bars and appeal to bartenders, spirits nerds, and travelers seeking culturally rich, quirky keepsakes and gifts. 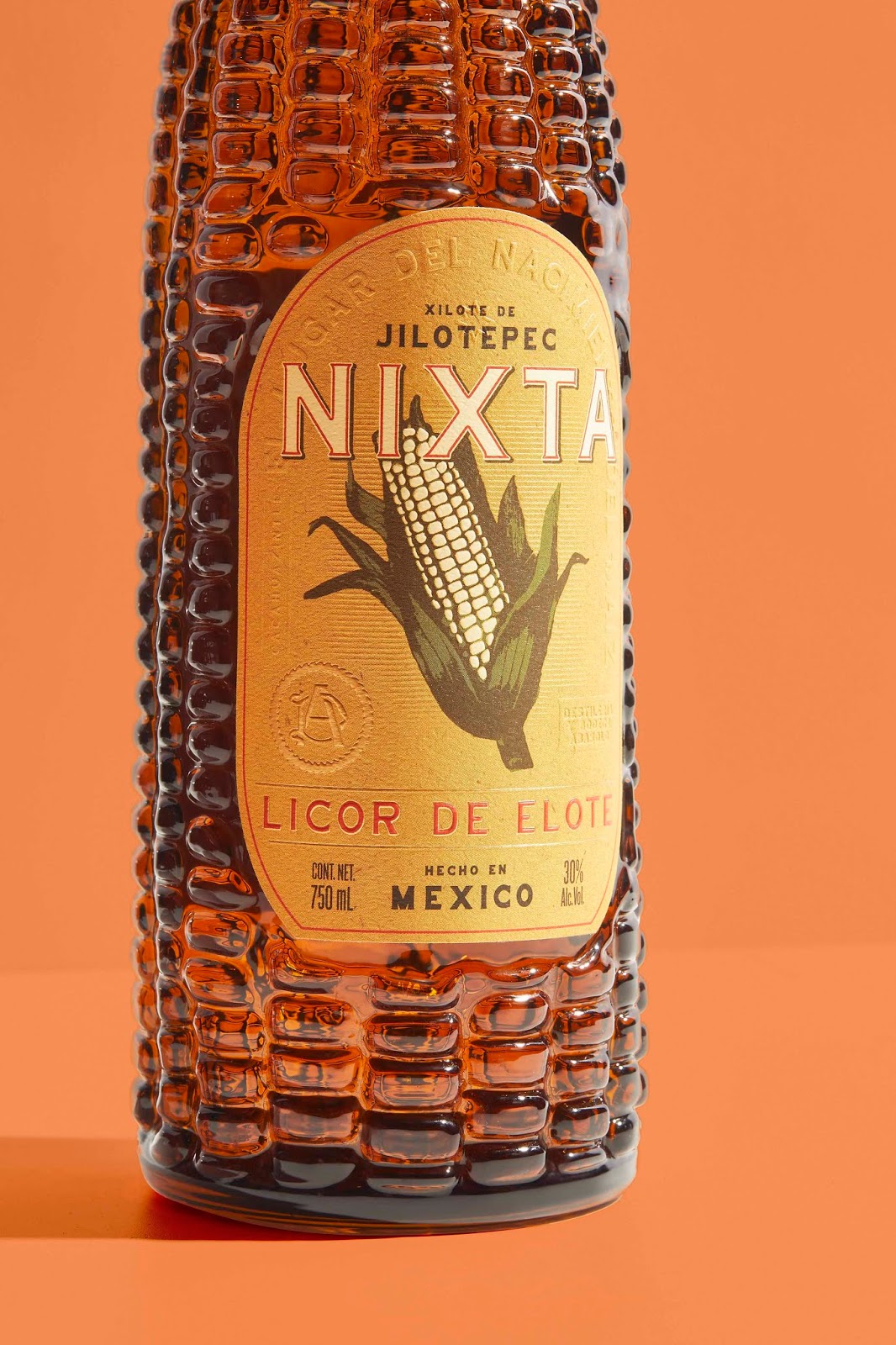 What’s Unique?
A proudly Mexican, self-aware package that celebrates its cultural identity, appeals to the quirky, culinary sensibilities of our target audience and can’t be missed on shelves—Nixta’s custom, glass bottle in the shape of a corn ear was inspired by culinary bottle forms found in early 20th century Mexican neighborhood mercados and paired with an illustrative, produce crate style label design. 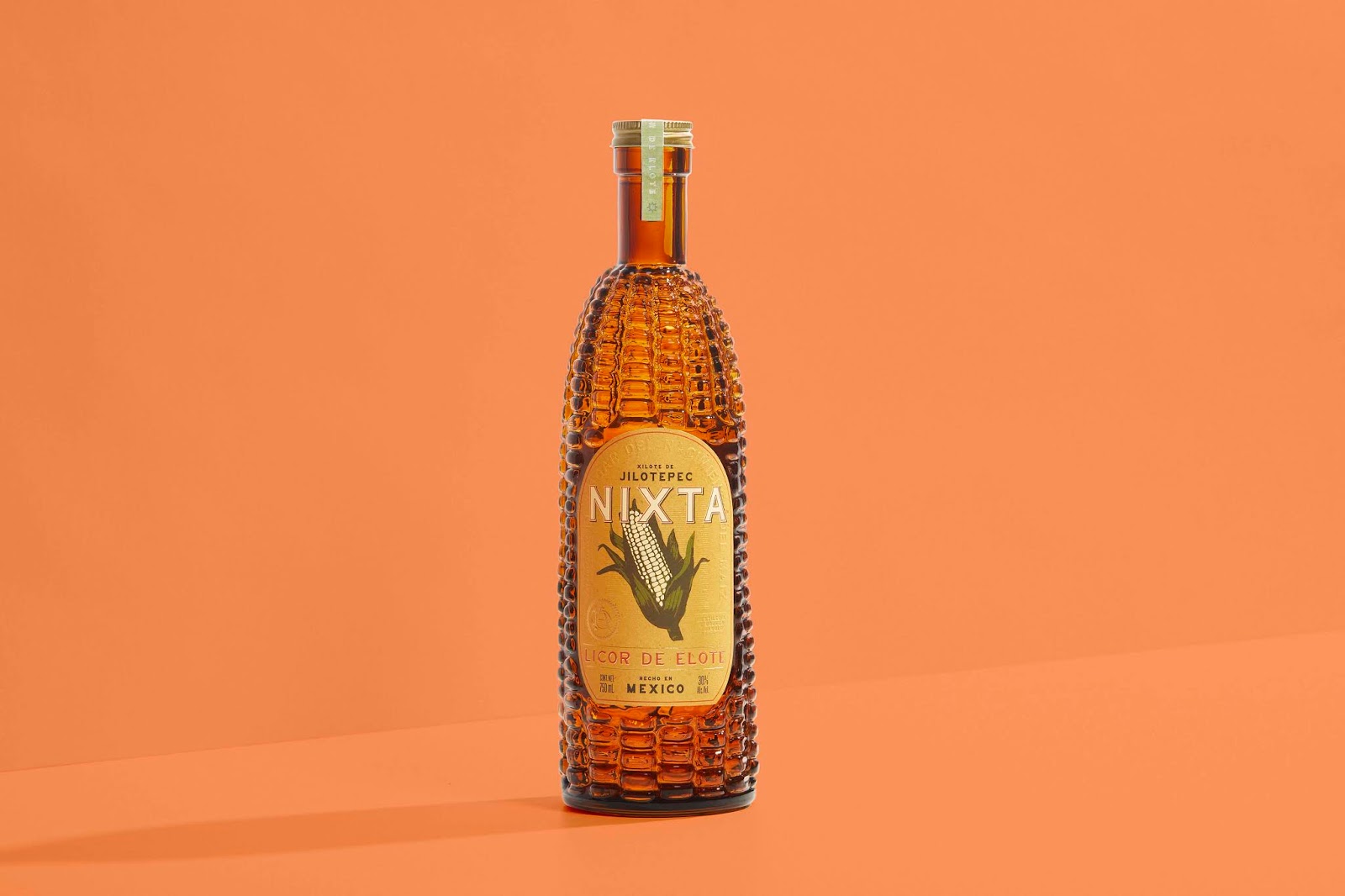