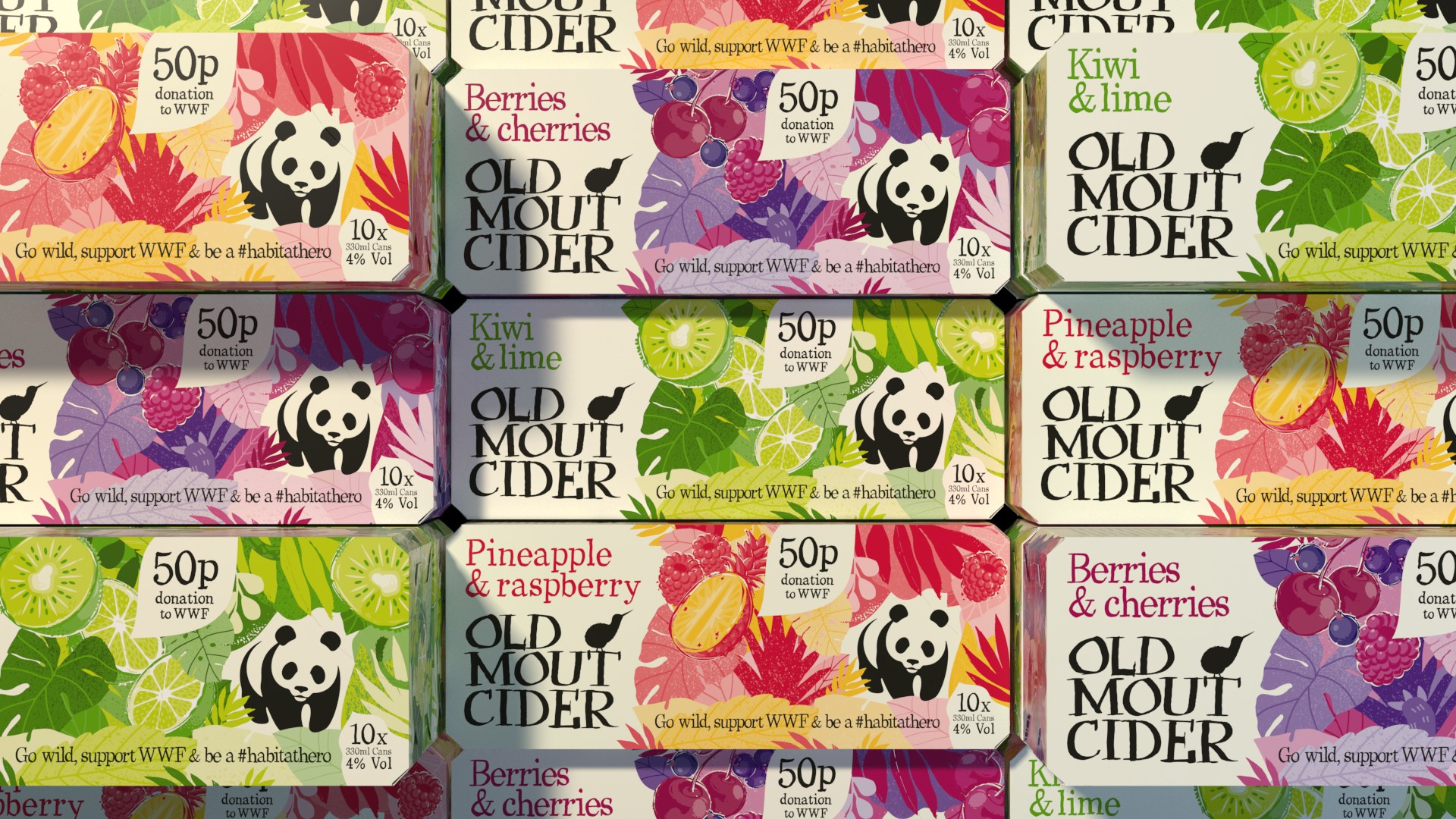 Premium flavoured cider Old Mout approached Elmwood to help craft an award-winning limited-edition design for the brand’s #HabitatHero 2022 campaign across their multipacks and glassware. We took design cues from their core mission in their partnership with WWF, echoing their efforts to protect habitats together to regrow the wild.

Disappearing habitats are one of the biggest threats to animals around the world, and this alarming reality was one which Old Mout was looking to convey across its campaign with WWF. The team wanted to show that even where habitat loss is most severe, given the opportunity, nature will find a way to reclaim the environment – if only we play our part and let it go wild. We were challenged with creating a limited-edition pack design which conveyed this messaging, but still retained the brand’s joyful and light-hearted identity.

With a simple, illustrative approach we were able to instantly communicate the idea of regrowing the wild on pack, creating new habitats as well as stand out on shelf. Inspired by the amazon rainforest, we were able to tell different stories of these environments, as well as highlight the endangered species that rely on these habitats for survival. The final result is an eye-catching campaign that balances the important and serious message of WWF’s conversation work, together with the playful personality of Old Mout. 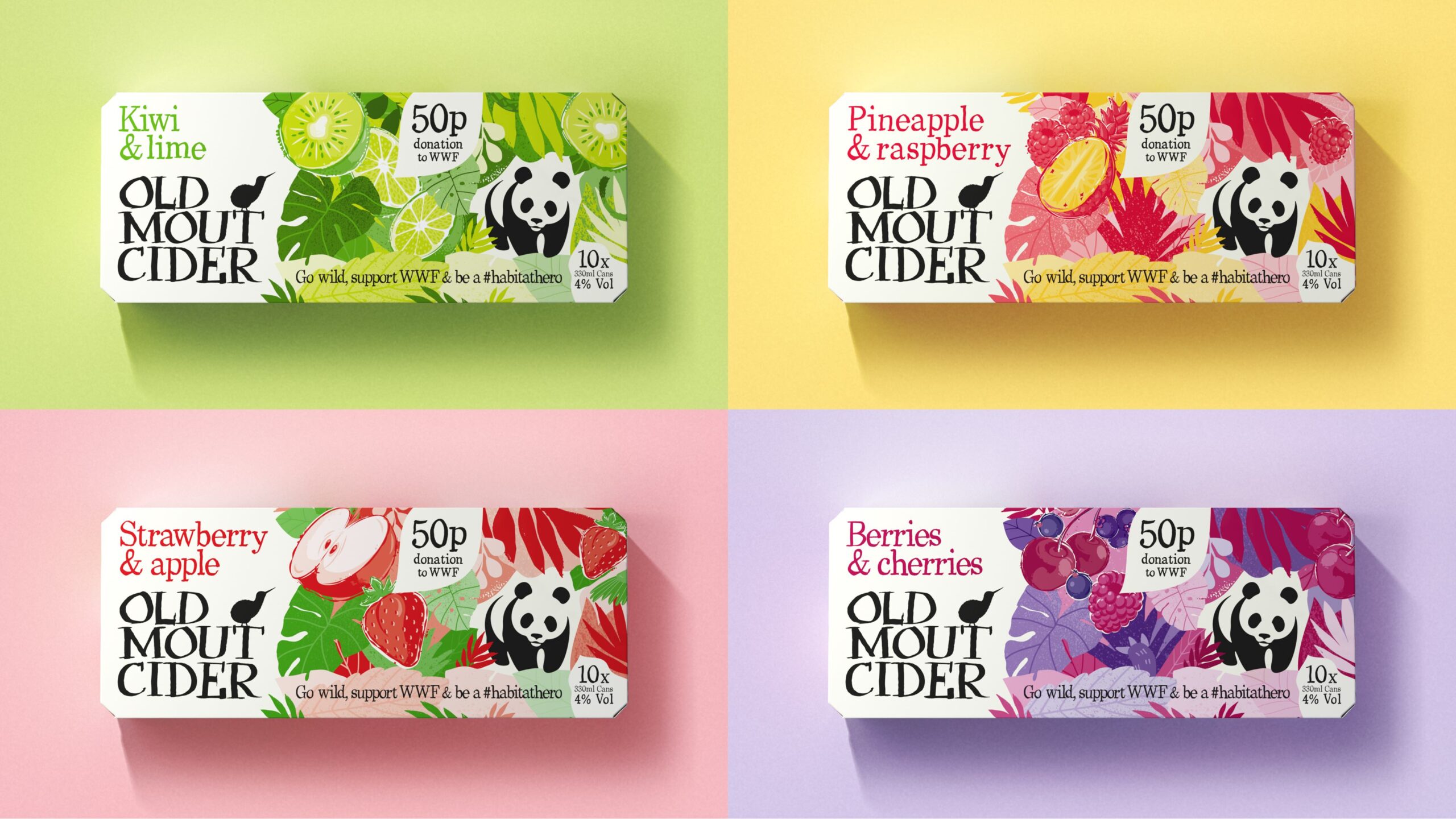 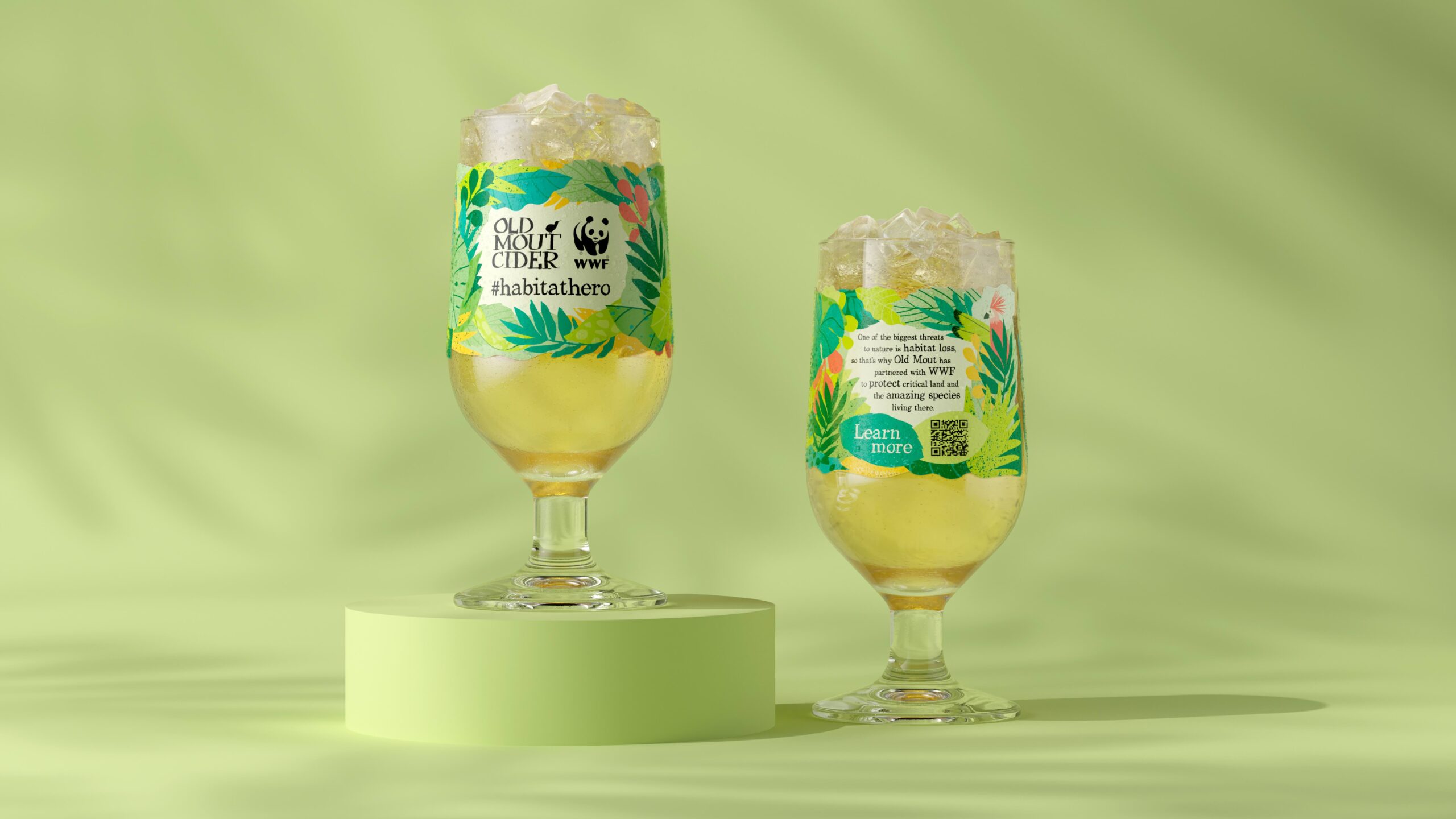 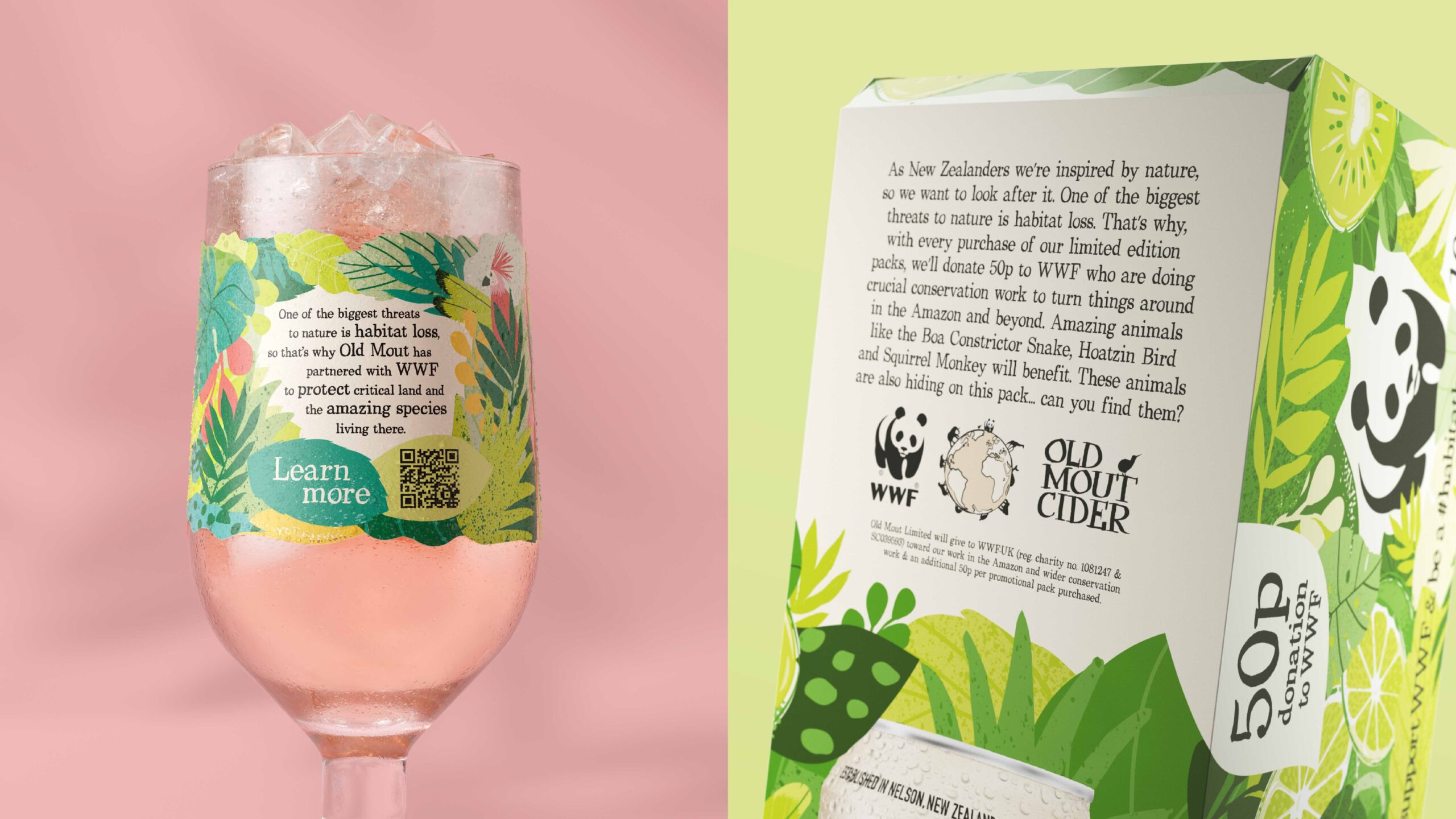 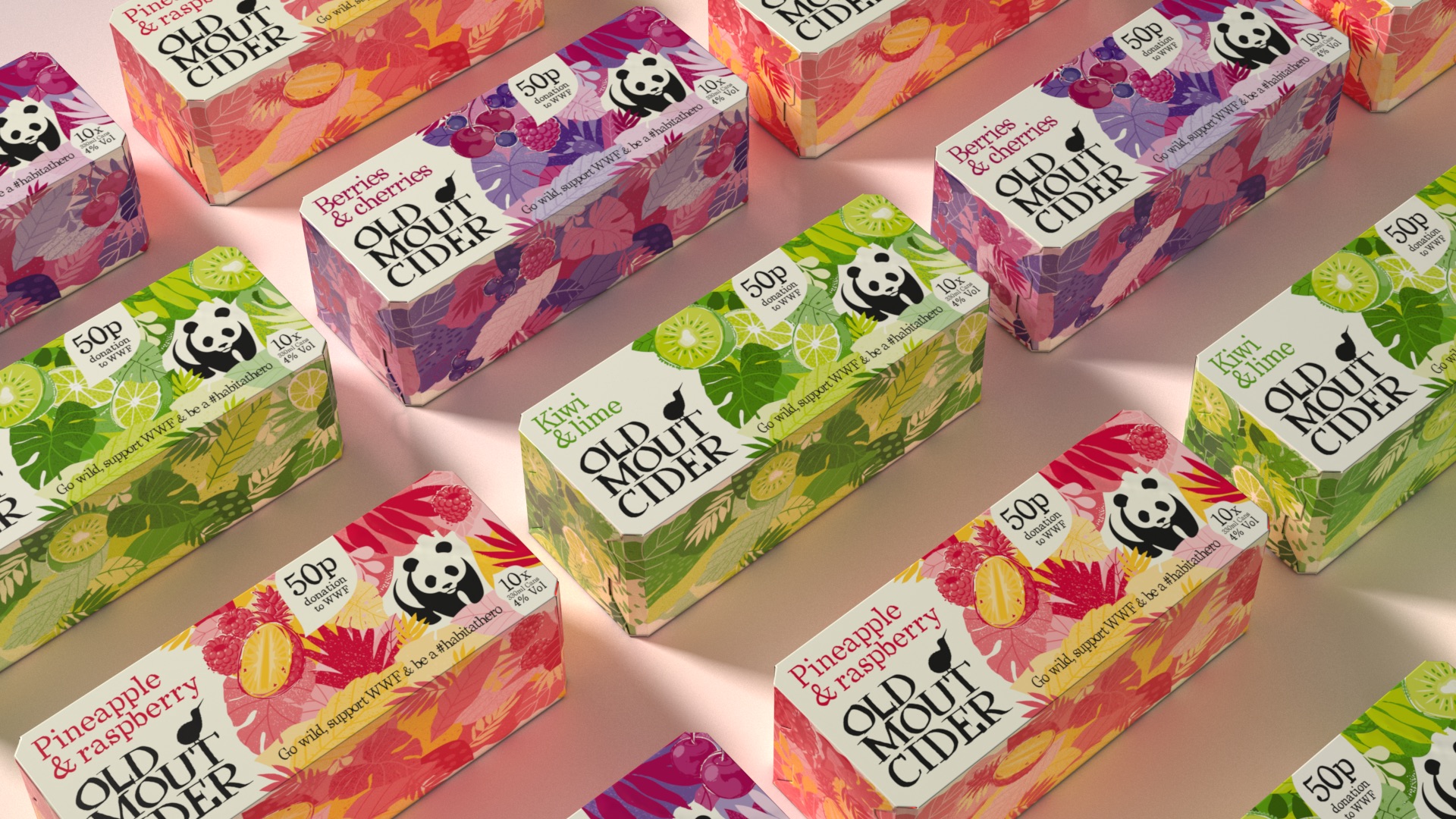 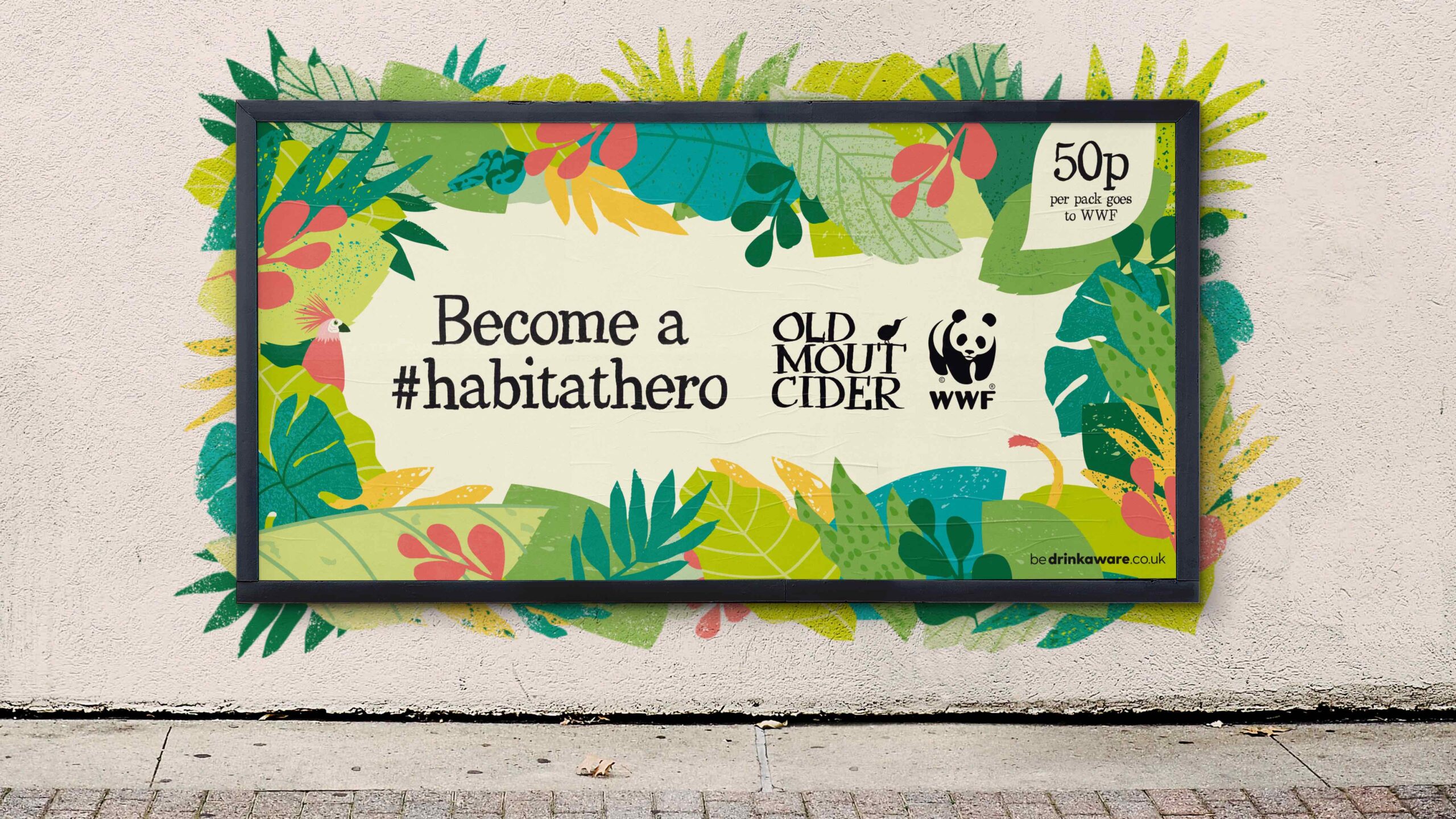