For just about all of us, shopping is a huge part of our everyday lives. We buy food to fill our fridges, supplies to complete work in our offices, shoes for running or for fashion, and millions of other items. We can buy just about anything, and it usually comes wrapped in an attractive little box or is packed into a convenient little bag.

Yes, packaging is just about everywhere. Did you ever wonder, though, where it all came from or how it began? 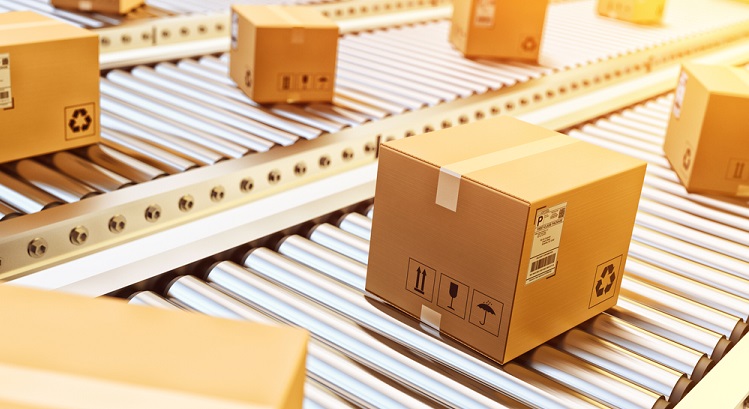 Product packaging is a relatively contemporary concept that gained momentum and eventually expanded by leaps and bounds, thanks to tremendous technological breakthroughs during the time of the Industrial Revolution. However, packaging in its simplest form has existed since the beginnings of man. Let’s take a look at the evolution of product packaging and how ecommerce has made an impact on the way items are shipped.

Primitive Packaging Materials and Techniques
It’s generally believed that from approximately 5,000 BC through 3,500 BC, the first forms of packaging were invented and used by humans. Humans were hunters and gatherers during that time and were nomadic in nature, so they needed to create ways and means for storing and moving their foods, tools, and belongings from place to place. These early storage materials were likely made of animal skins, wood, and leaves.

Once humans began settling down into villages, innovation and creativity emerged, and humans began forming wood into crates. They learned how to weave and started making baskets and sacks from plant leaves, experimented with clay, and began molding animal skins into stronger bags. Eventually, the quality of these materials increased, and humans could protect their food and crops over the winter months.

The Development of Cities and Trade
From 3,500 BC through 0 AD, innovation emerged with the development of cities. The concept of trading began when people were suddenly able to travel farther with more unspoiled goods, food, and supplies due to their more advanced packaging. The invention of blown glass also played a critical role in the evolution of packaging, as did the introduction of industrial glue and adhesives that seal containers and other forms of packaging.

Wooden barrels were perhaps the biggest packaging innovation during this period and quickly became the go-to method of bulk storage. Barrels allowed people to transport and store large quantities of both dry goods and liquids.

Most advancements and technologies in storage and packaging after the fall of the Roman Empire came from outside of Europe. China, with its invention of paper, made one of the most significant contributions to packaging. Paper soon became the leading choice for packaging around the world, and it would maintain that status for many centuries.

The Rise of the Industrial Revolution
Some of the greatest packaging changes in history took place during The Industrial Revolution. Efficient machines were invented, and human hands were eventually augmented or replaced entirely for the manufacturing of many products. This led to a faster pace of production and, with these machines, equally efficient packaging methods were needed to maintain pace with production.

During this period, we were also introduced to transportation and storage bins, bags, and even more food packaging methods. Various in-store packaging options and primary packaging materials were also created.

The 1900s
While bins and large storage containers might have met the needs of producers and manufacturers, consumers wanted individual packaging that was more convenient and easier to use, as well as attractive. During the Great Depression, there was a rise in the culture of “self-service.”

People began making more frequent trips to the grocery store to purchase smaller, more affordable quantities. This had a significant impact on the way items were created and packaged for sale. The necessity of packaging items for convenience brought about many contemporary innovations still being used today. 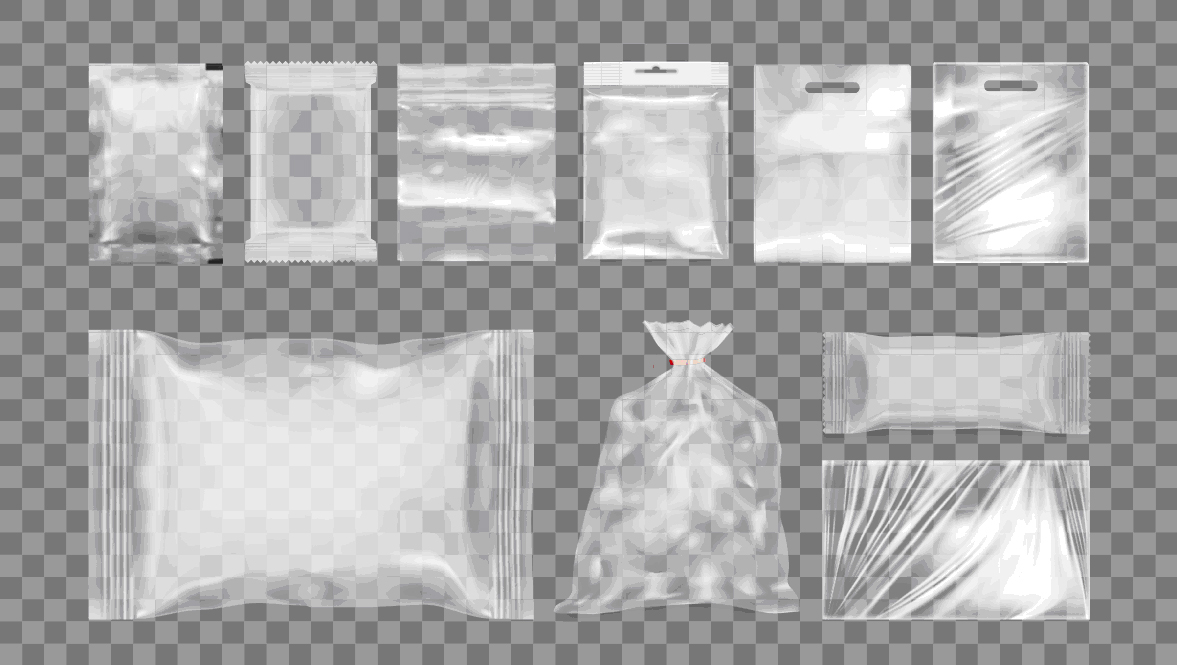 Modern Day Packaging
Around the end of World War II, marketers experimented with new materials, such as aluminum foil. The rise of more convenient single-use throwaway packaging was becoming extremely attractive to supermarkets wanting to sell as many items as possible.

Packaging eventually developed into more of a sales and marketing tool. Most of the food packaged in today’s world, for instance, comes from paper-based materials that display the name of the company on the packaging using bright, attractive lettering.

With the emergence of plastics as the world’s primary packaging material, the world was permanently changed. Polyethylene was introduced in the 1960s, and it quickly became the most-used packaging product.
Since that time, there have been many important developments, especially the identification and demand for packaging alternatives that are more eco-friendly.

With the emergence of plastics in the 1900s as the world’s primary packaging material, the world was permanently changed. Polyethylene was introduced in the 1960s, and it quickly became the most-used packaging product.
Recycling became an issue when it was discovered, over time, that litter was being produced in large quantities due to the use of plastic packaging.

Late in the 20th century, a revolutionary shift in the way items were sold came with the emergence of the internet, home computers, and digital technology. The world of selling suddenly became more global and much more competitive.

Mass-production and faster shipping to more places around the world brought an urgency and competitiveness to businesses wanting to stake their claim in this new frontier. Businesses had a new playing field on which to express their individuality in the form of virtually unlimited supermarket shelf space. 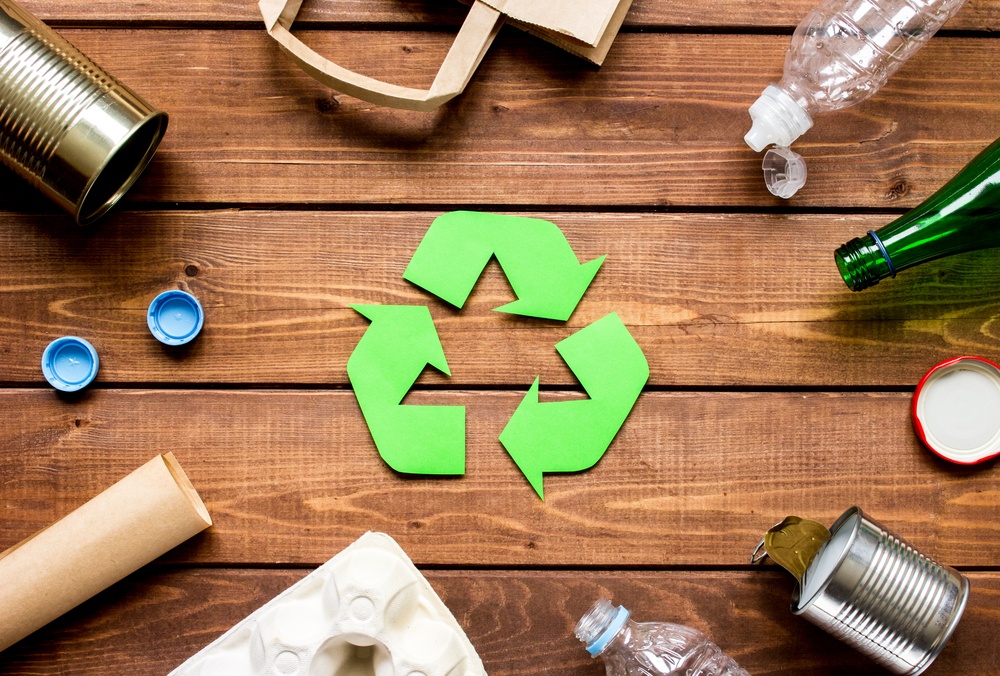 Packaging for Environmental Friendliness
Since that time, there have been many important developments, especially in the identification and demand for packaging alternatives that are more eco-friendly. Today, we’re still seeking newer, more environmentally friendly ways to create inexpensive packaging materials that are efficient and attractive, and which provide real benefits for consumers.

Packaging still plays a significant role in the buying decisions of consumers around the world. In fact, packaging is a primary marketing tool that directly impacts sales at the point of purchase. The packaging industry continues to evolve to fit ever-shifting consumer trends.

The Rise of e-Commerce and Beyond
With the rise of the digital marketplace, customers want their orders fast, and they want to know exact delivery times. They also demand control over how their packages are being delivered, as well as where.

The effect of ecommerce on parcel carriers is astounding, particularly in the way it has changed last-mile delivery. Amazon, for instance, uses FedEx and UPS, along with a network of other courier companies that use drivers who are independent contractors.

Smaller companies might use Amazon for their fulfillment or might ship using UPS, FedEx, the U.S. postal service (USPS), or a combination of several shipping methods. Plus, both UPS and FedEx offer services in which the last mile of delivery is handled by USPS.

Consumers no longer have to choose between delivery at just their home or office. They can now pick up items on their way home from work or have items delivered to their homes in the evening. They can even have items dropped off in the trunk of their cars.

About the author / company
Casey Heigl is a packaging industry insider. As the Marketing Manager for Hotmelt.com and Gluegun.com she has extensive knowledge of hot melt applications, vendors, and industry trends. Casey enjoys sharing her unique perspective with her blog writing.