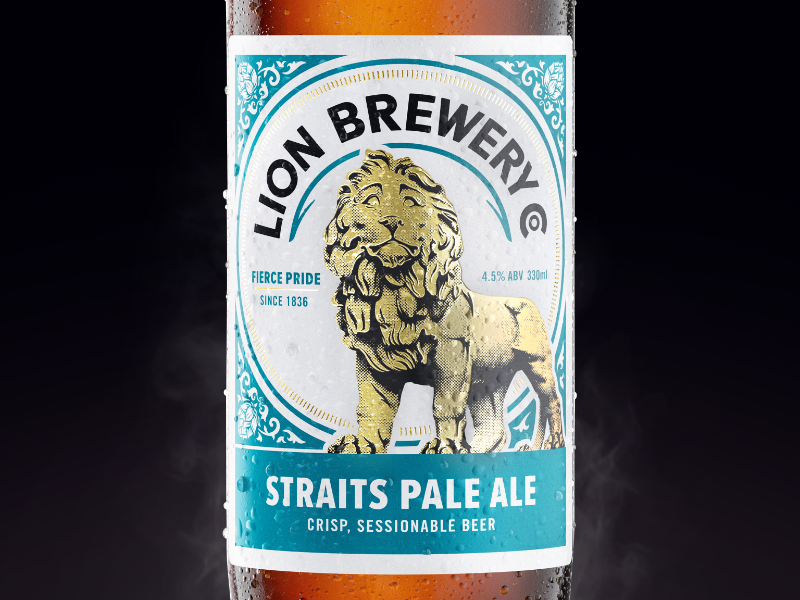 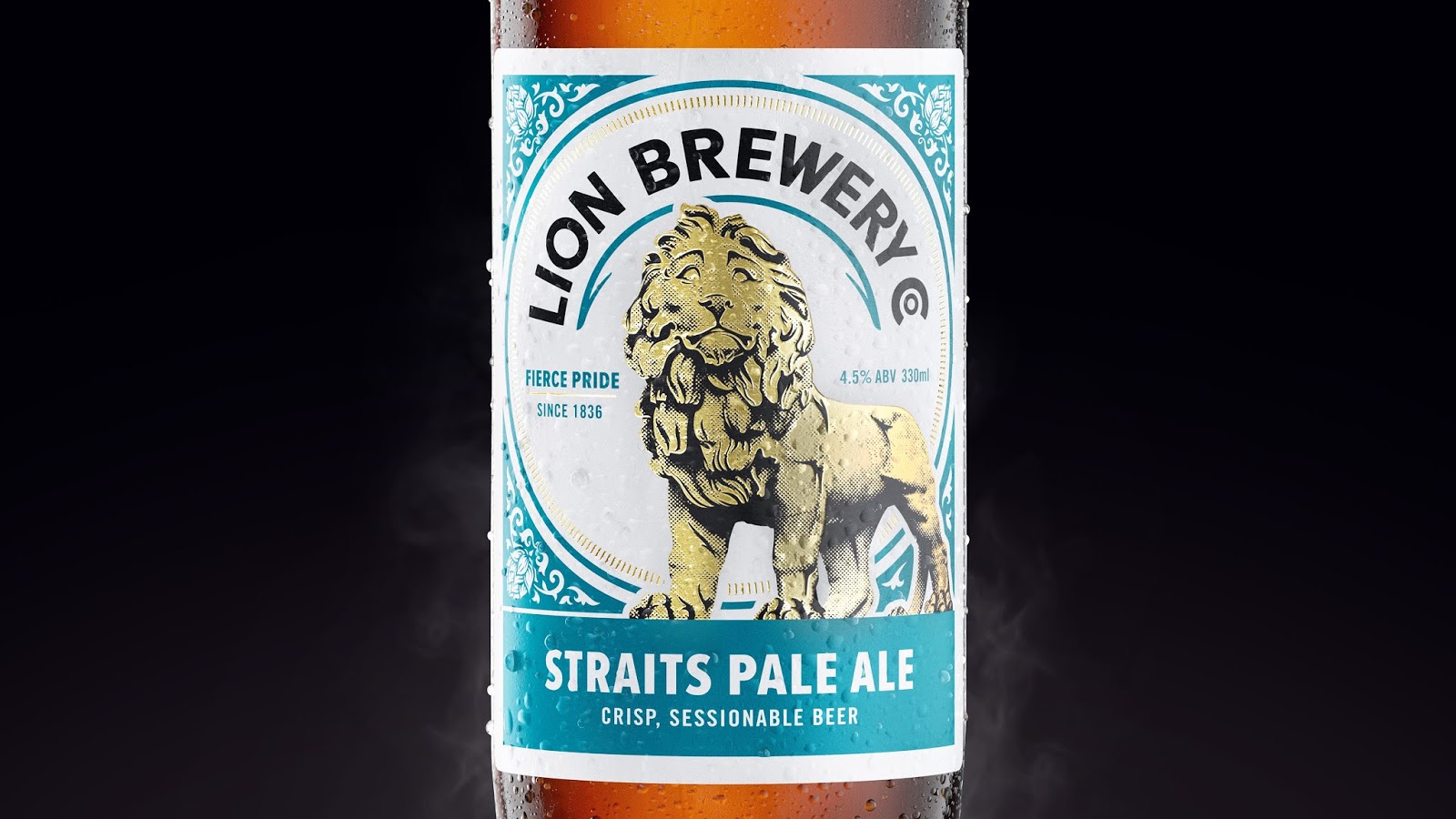 Lion Brewery Co. is a British heritage brewery, dating back to 1836 London, where it was built on the bank of the River Thames. For over a hundred years, the brewery produced high quality ales that were shipped across the seas to all parts of the globe, including Southeast Asia. When the brewery was demolished in 1949, the brewery’s two iconic lion statues, so loved by the people, were preserved at the request of King George VI. They can still be found in London today — one on the bank of the Thames opposite the Houses of Parliament, and the other at the entrance of Twickenham Stadium, the home of English rugby.

Fascinated by the brewery’s history of bringing beer to people around the world since the 1800’s, we picked up the mantle and brought Lion Brewery Co. back to life. In 2018, the company was reborn in Singapore, the ‘lion city’ and one of the most iconic trading posts. 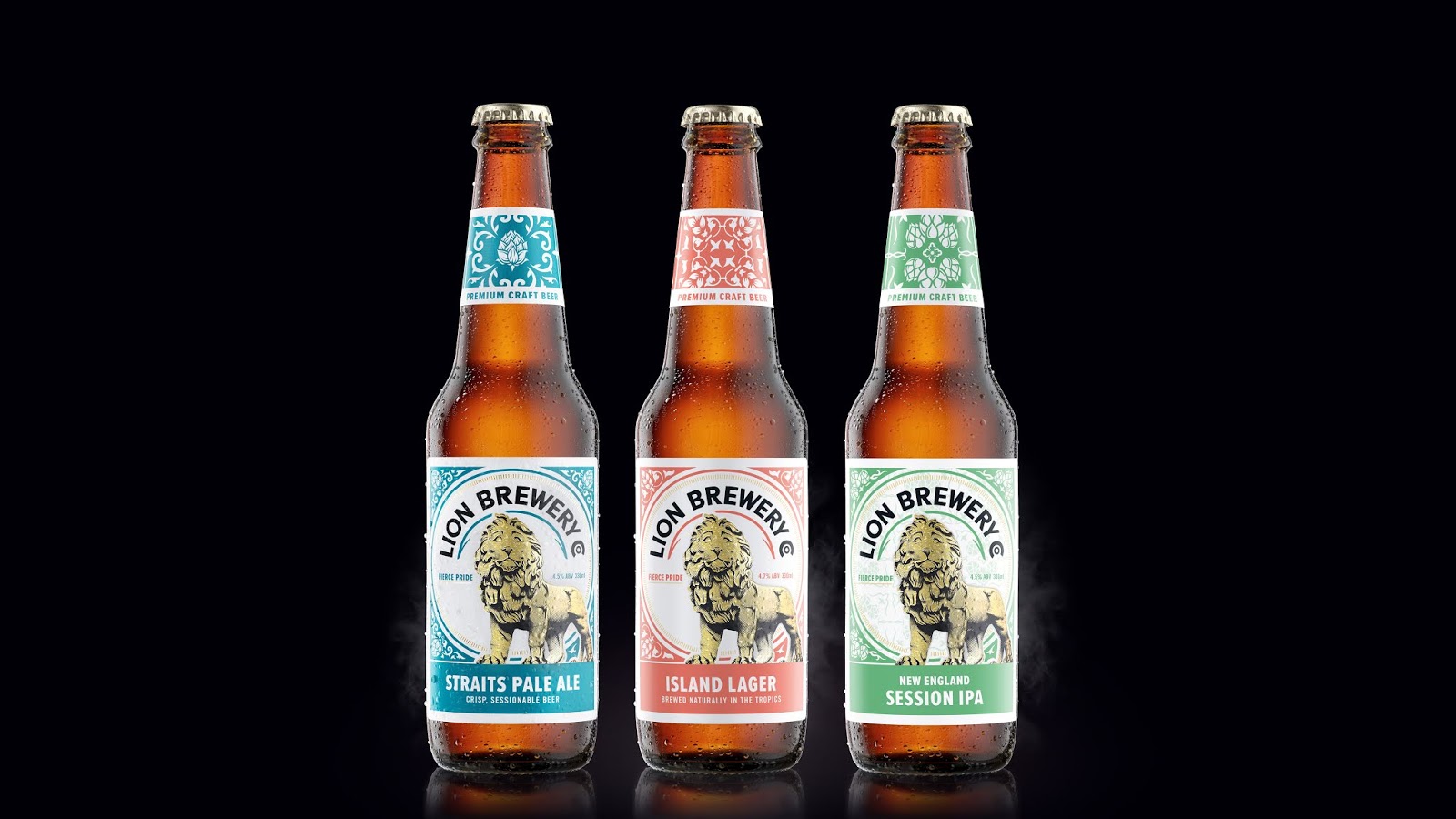 What’s Unique?
We created a design that celebrates the heritage of Lion Brewery Co. and reflects a captivating personality for a new, modern beer brand in Singapore.

The lion is an integral part of the brand identity standing for fierce pride. The brand icon is carefully crafted to bring the original lion statue to life.

The label design is inspired by the unique Peranakan culture in Singapore, which evolved from foreign traders settling in the Straits of South East Asia as early as 14th century. The Peranakans refer to a native-born community of mixed local and foreign ancestry. They are known for holding their traditional beliefs firmly while embracing modern thinking, and are well represented by an aesthetic that is eye-catching, colourful, exquisitely detailed.

The pattern seen on the label design is inspired by the iconic Peranakan tiles – colourful glazed tiles used to decorate houses which became an important feature in the Singaporean culture.

The soft colour palette is unconventional for a beer design, which confidently reflects the brand’s belief in their all-natural ingredients and non-pasteurisation process to preserve the freshest flavours. 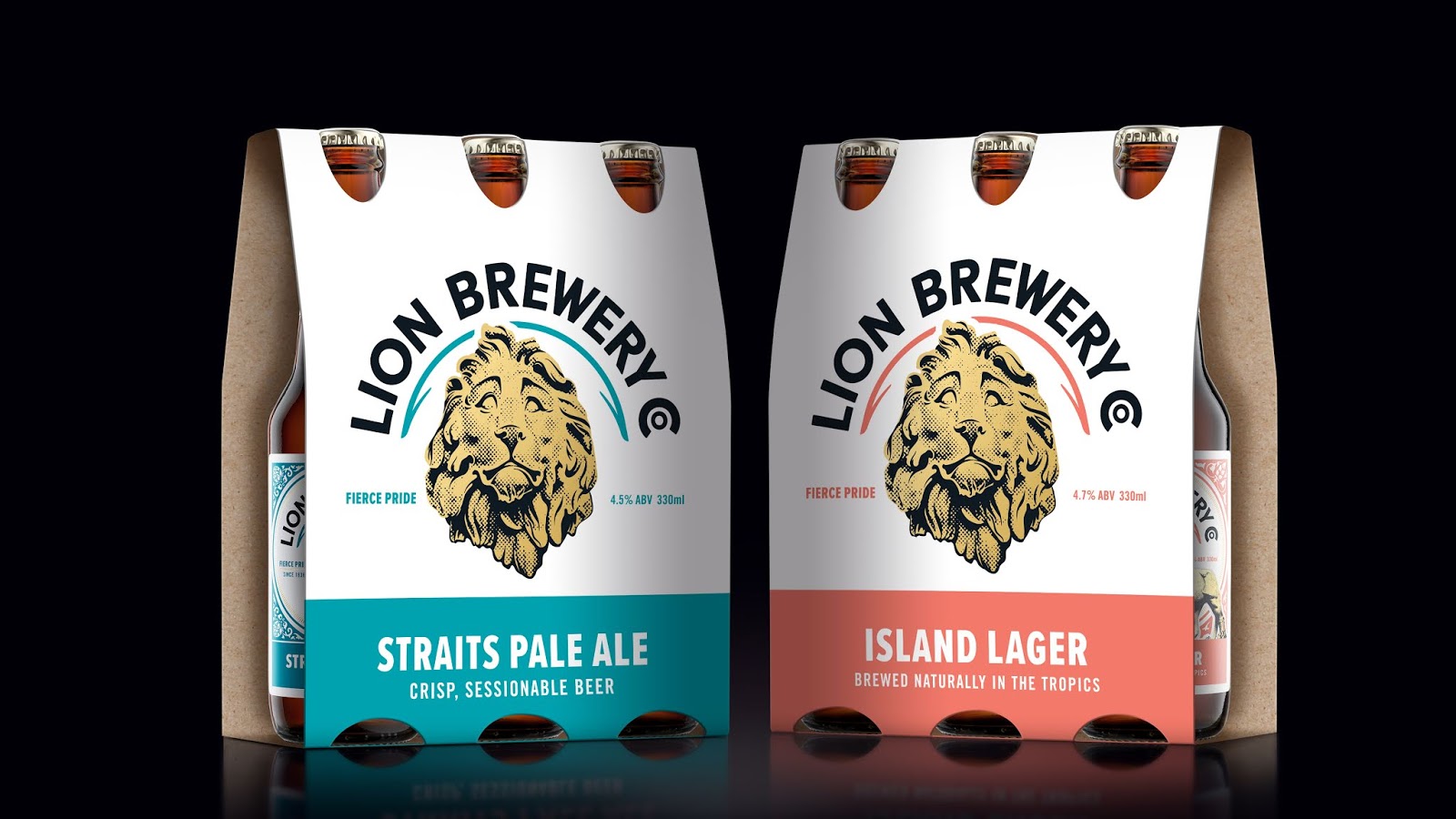 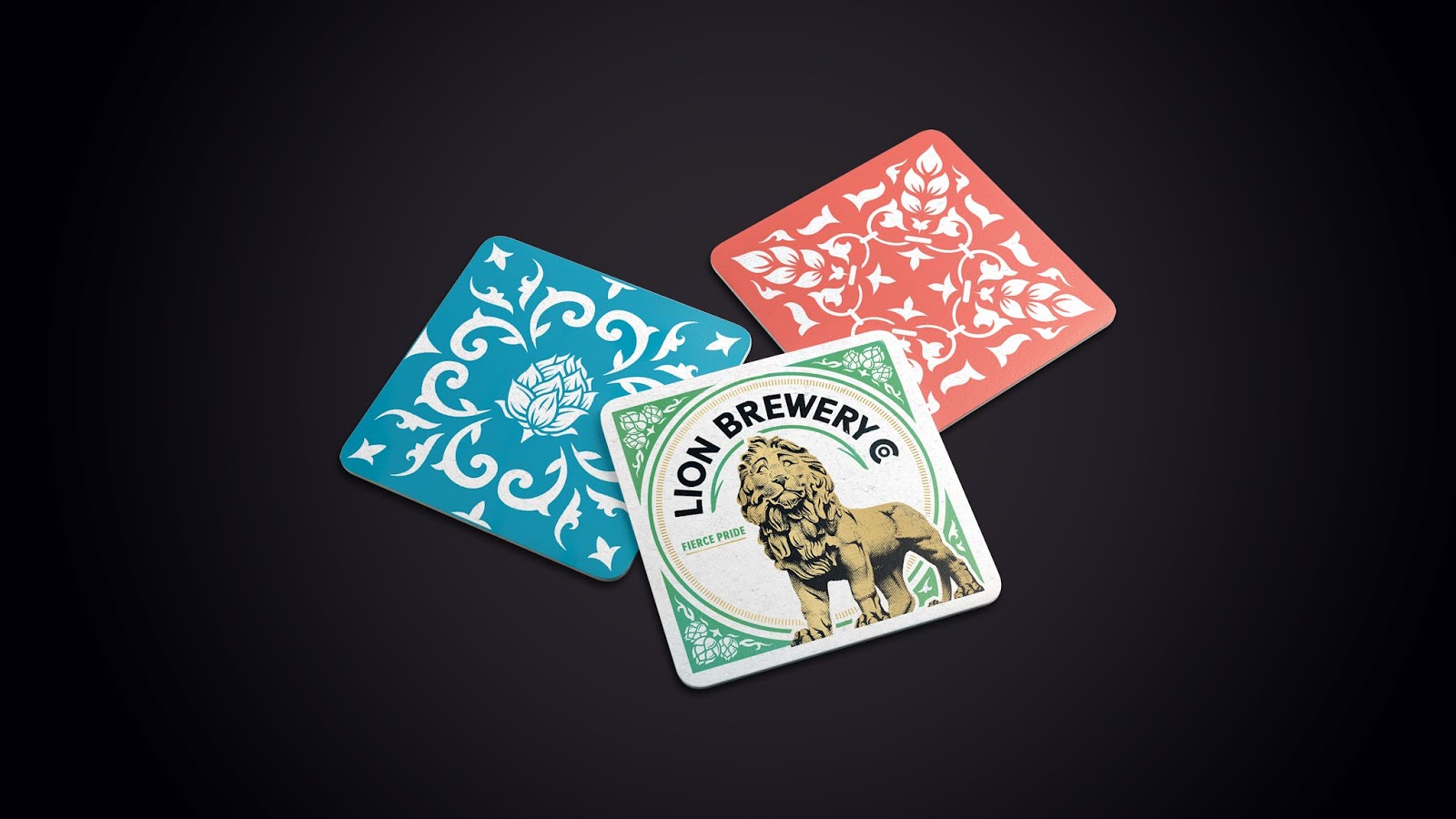 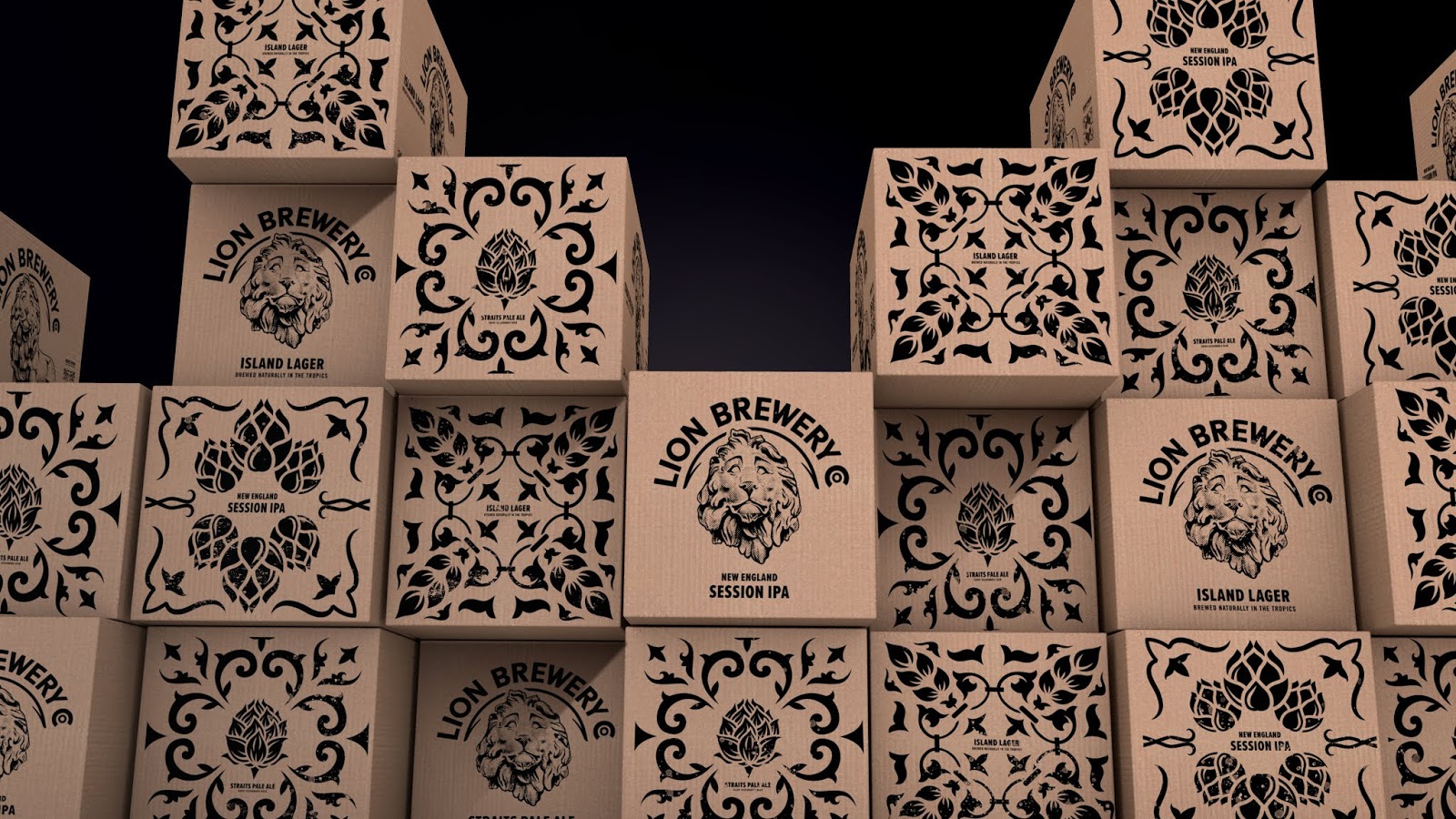 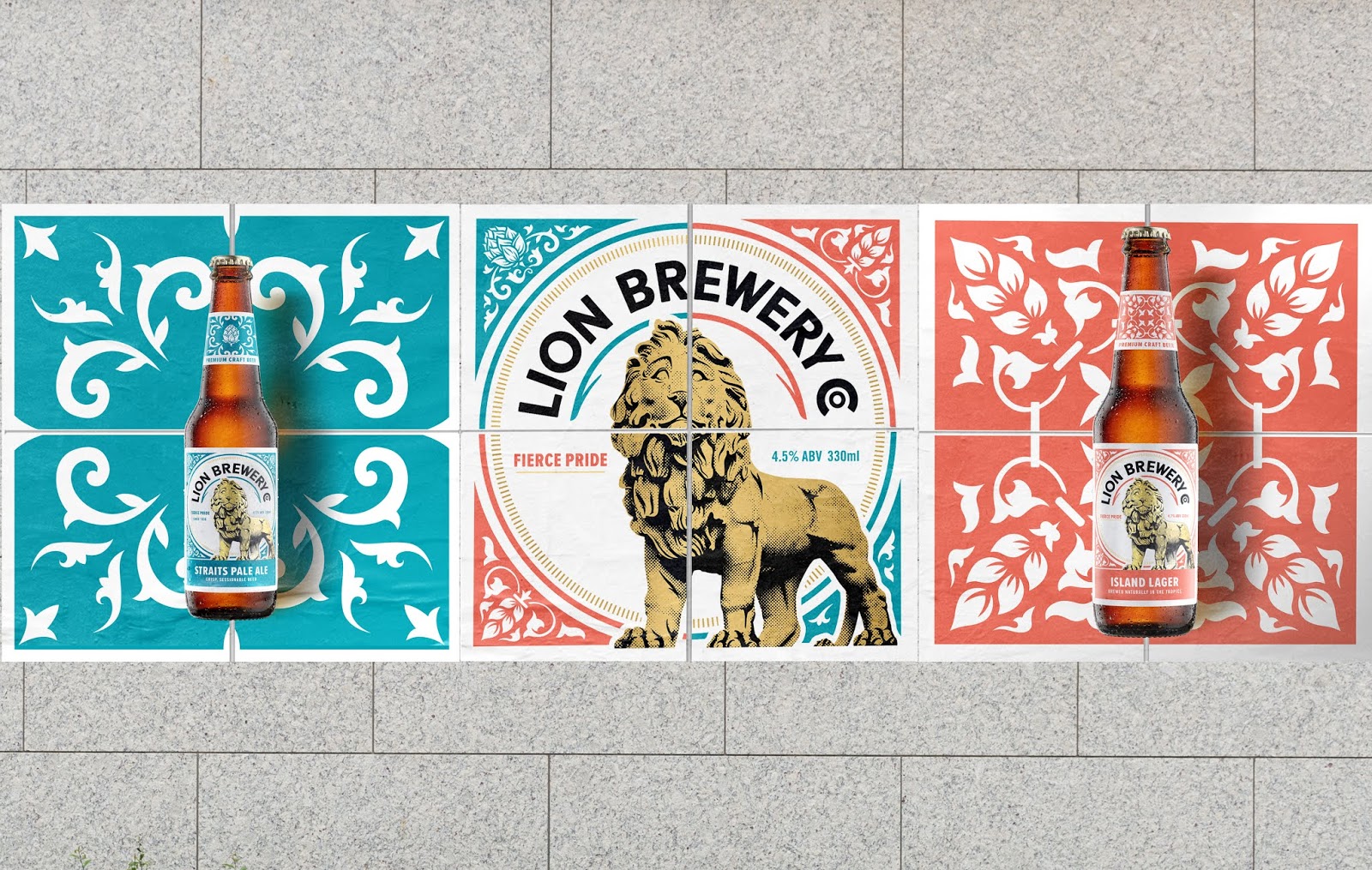 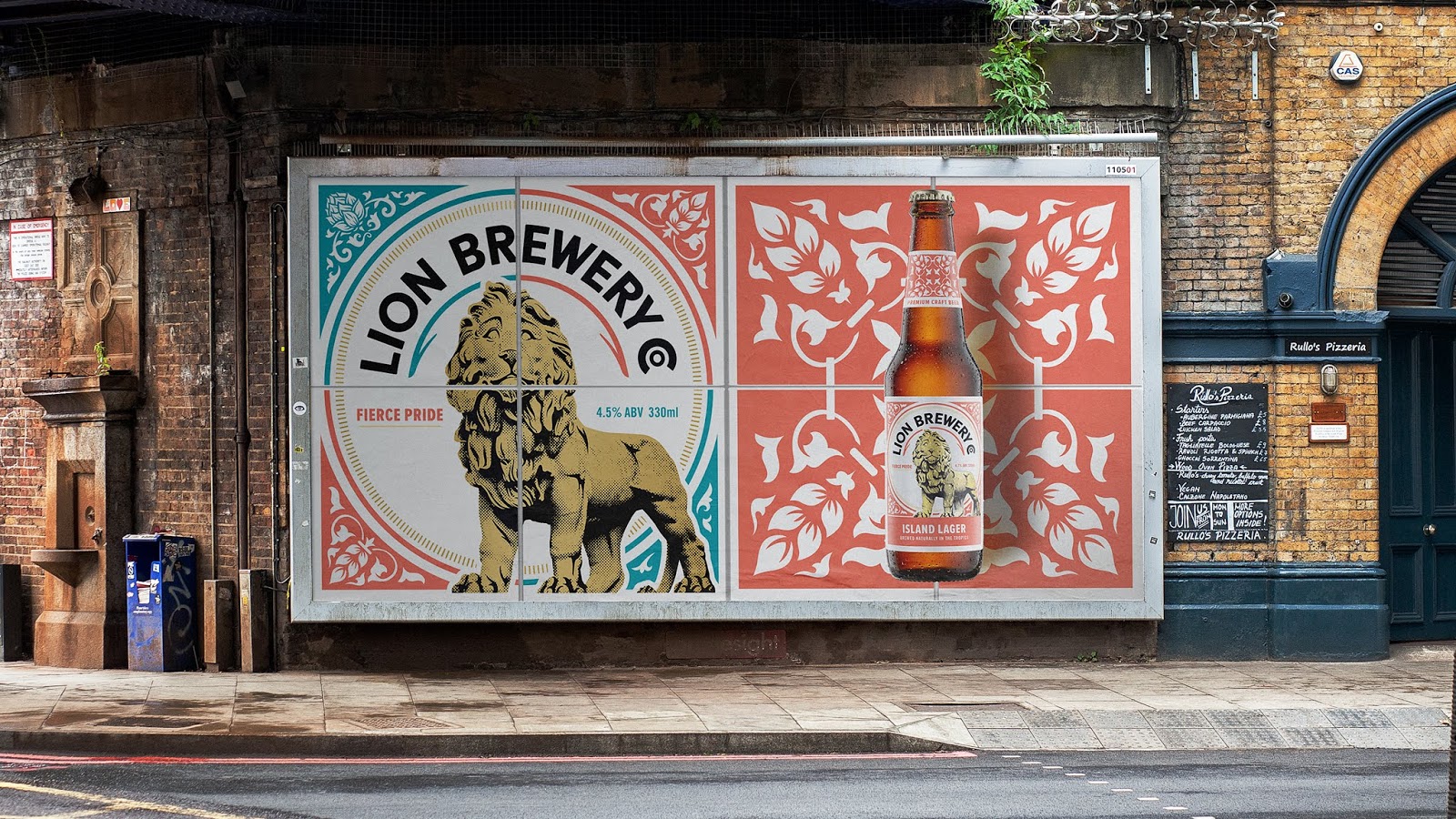 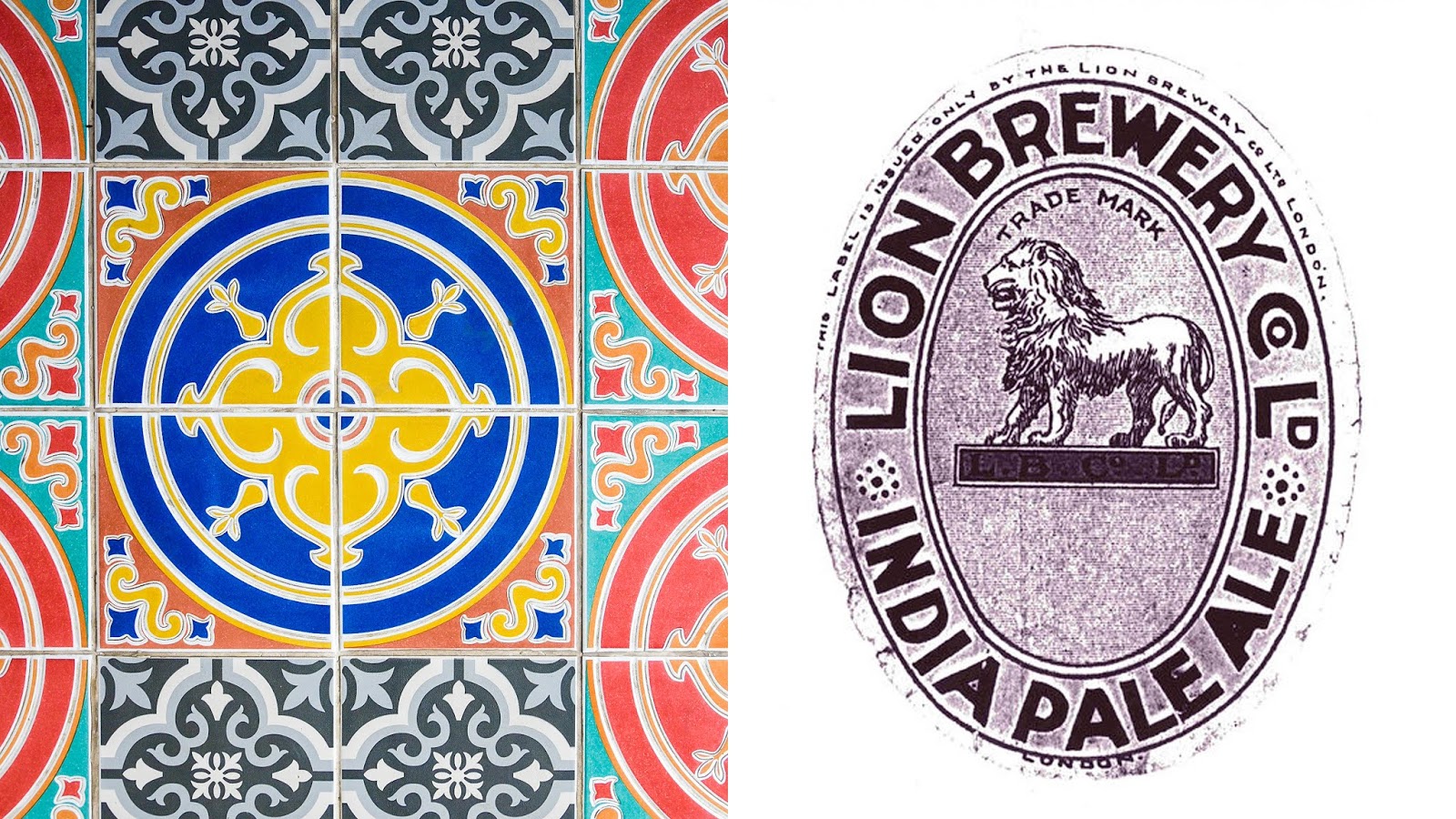