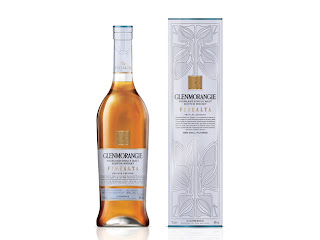 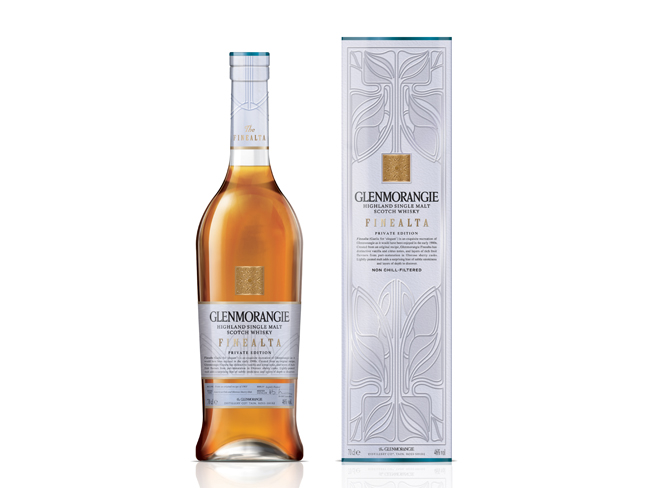 Glenmorangie has unveiled Finealta, the second whisky in its limited release ‘Private Edition’. Glenmorangie Finealta, Scots Gaelic for elegant, is a recreation of an original recipe from the early 1900’s, discovered in a warehouse ledger at the Glenmorangie Distillery.

The new luxury packaging, designed by Lewis Moberly, is inspired by the flamboyant era of La Belle Époque . Art Nouveau inspired decorative elements and typography, and the luxurious, smoky blue colour palette, compliment the lightly peated whisky which delighted The Savoy in 1903. A flash of peacock blue skims the top of the bottle capsule and carton, adding an element of surprise, and referencing the rich colours of the era.

Mary Lewis, Creative Director of Lewis Moberly says ‘by embracing the design cues of the Art Nouveau movement we celebrate this fascinating discovery of a very special whisky. The historic Glenmorangie recipe was last enjoyed when Glenmorangie was the whisky of choice at The Savoy. Every detail of the packaging has been carefully considered to ensure the elegance of the era is truly reflected.