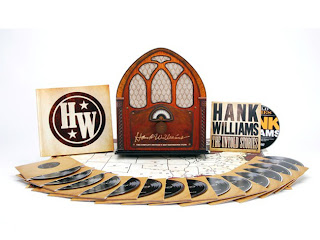 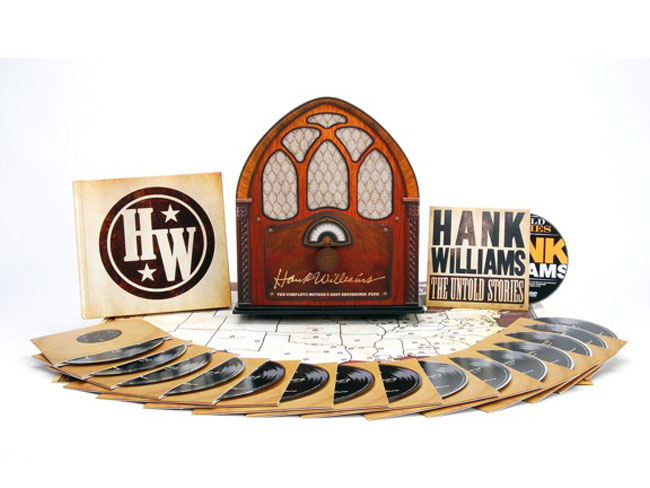 When Hank Williams would go “on the road” touring he would record his radio daily radio shows for Mother’s Best Flour in advance (on 16″ acetate disks) to be played “live” on the radio. These disks were boxed and stashed away for many years. Eventually, When WSM cleared house in the late 1970s, the Hank Williams acetates were put in a bin for disposal, but were rescued by the Opry’s photographer. I had the honor of packaging these recordings for a true American Legend, and could not be happier with the end result.

The disks are packaged within a replica of an antique radio, that when switched on, plays the intro to his radio show from 1951 and “Lovesick Blues” (via a built in audio chip). The set contains a 108 page hard-bound book, 16 cds, 1 DVD and a poster/map chronicling Hank’s punishing 1951 tour schedule.

The set is further explained on the site where it is available for purchase ($199.99). 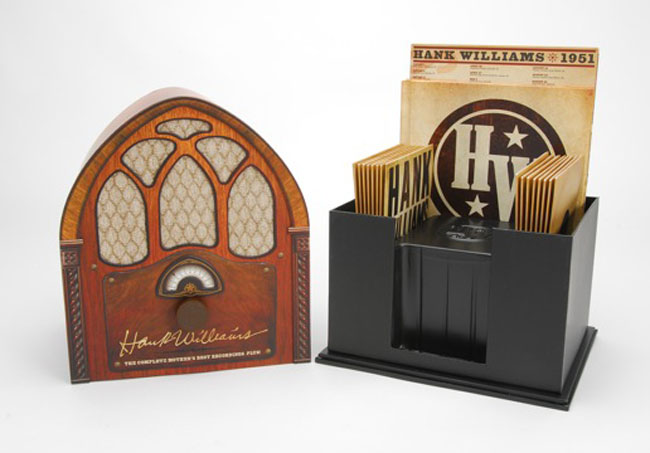 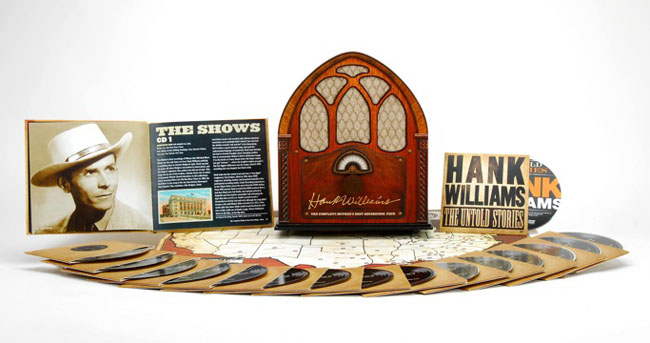