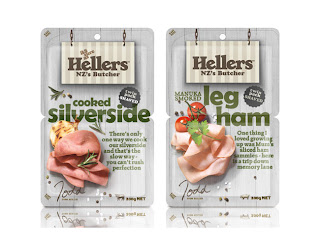 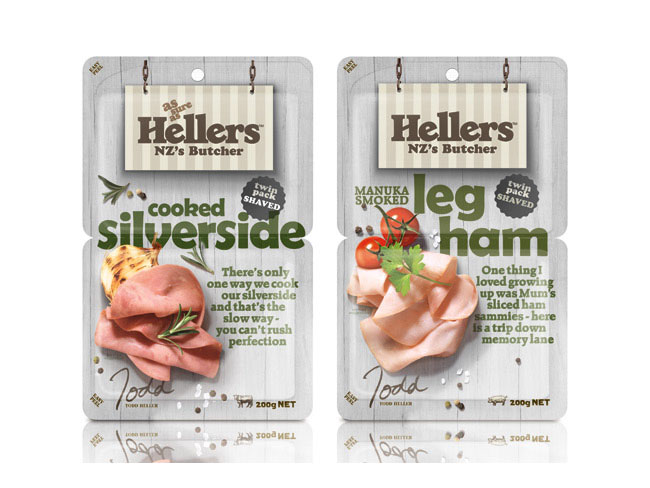 Hellers, the iconic meats brand, has been given a new look at the hands of brand design expert Dow Design.

The rebrand is the result of a long standing relationship between Dow Design and Hellers, the two companies having worked together for over a decade.

“We wanted to communicate that at its heart, Hellers is a passionate local butcher,” says Dow Design’s Senior Creative Andrew Sparrow. “While it may have outgrown the small shop where it all began in Brighton, Christchurch, the Hellers commitment to quality remains deeply rooted.”

Hellers Founding Director, Todd Heller says he was excited by what Dow Design would come up with, even before seeing the first designs. “Knowing what Dow had done for brands like Fresh’n Fruity yogurt, we knew it would bring something special and take the Hellers brand to a new place. And we weren’t disappointed. Dow had not only heard our brief but exceeded our expectations. I remember the immediate ‘wow’ factor when we saw the first design for shaved meats,” he says.

The new Hellers logo – in the form of a hanging butcher’s sign with its ‘come on in’ appeal – echoes the roots of Hellers through generations of butchers. The logo also incorporates the original slogan “as sure as Hellers”, carrying with it a friendly assurance of quality.

The logo was unveiled by Prime Minister, Rt Hon John Key, at the recent opening of the company’s new 6000m sq. world class plant at Kaiapoi, where it will be displayed on the building and street signage.

The new packaging has a similar ‘butcher’s shop’ look that also brings a fresh new visual approach to the Hellers range with appealing food photography.

“The time was right to revitalise the brand,” says Todd Heller, “Our earlier innovations had become standard; we needed to rediscover what makes Hellers different.”

“We wanted to get the brand strongly back on the pack,” says Andrew Sparrow. “The infectious story of a Kiwi family business done good had been missing, so we loaded the packaging with connotations of craft and credibility. We added short stories by Todd Heller that bring the brand to life through his down to earth passion and expertise.”

The new packaging will first appear on the shaved meats and various hams ranges from 1 December. The bacon and sausage ranges will follow in 2011, when the new look will be supported by both above and below the line advertising. Although a cohesive appearance will be maintained throughout the range, each of the four categories will have its own individual aspect.

“Both our ham on the bone and shaved meats are summer favorites, so they have been rebranded in time for Christmas and are now available in every supermarket throughout New Zealand,” says Todd Heller. 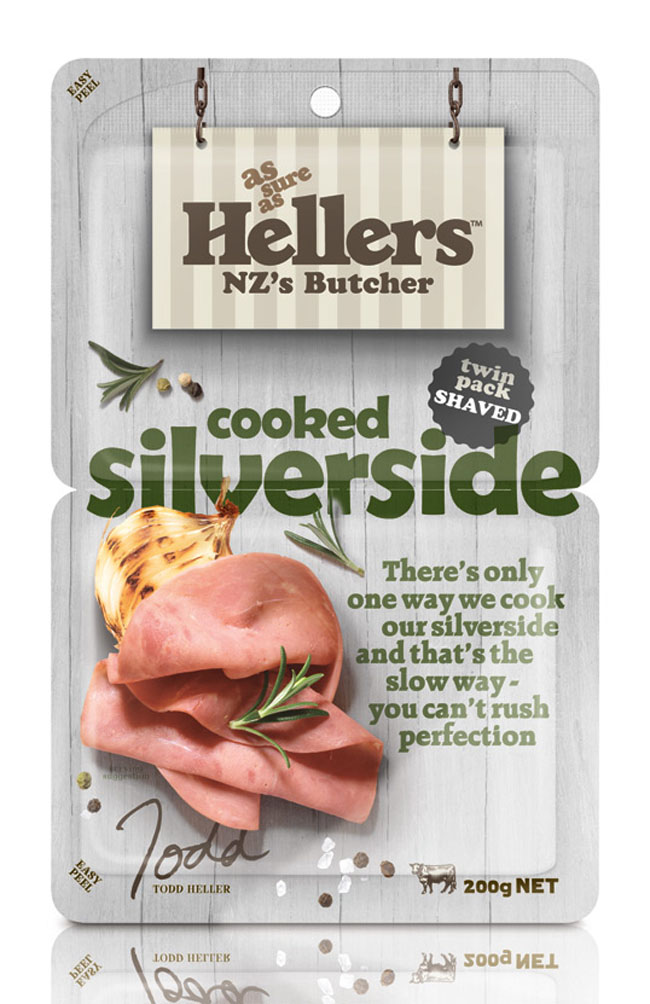 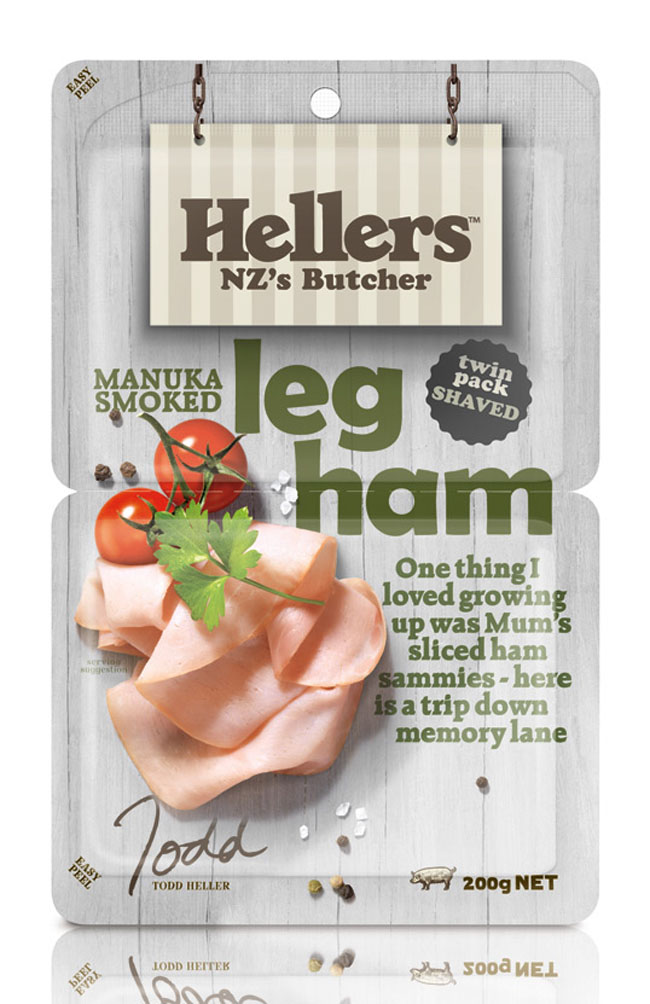