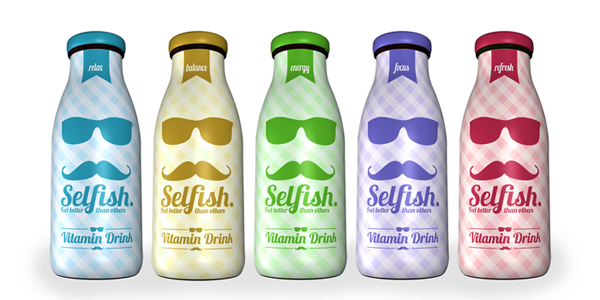 The main idea of the concept was to create a cheeky and sharp approach to the healthy functional vitamin drinks targeting younger audience.

Agency decided to contrast the basic elements of the traditional healthy drinks with the unconventional shocking idea of being selfish. The challenge was to communicate the product as witty, fashionable and slightly aggressive yet keeping it simple and clear so there would not be any confusion during the decision making moments of the consumer.

The concept that it is sometimes good to be selfish when it comes to taking care of your help was the brilliant solution to the challenge. Moon Troops decided to combine trendy minimalism with current hip and fashionable details like Ray Bans and arrogant moustaches and to stress it hard enough but not too much so that there would not be misleading radiation of the mostly screaming energy drinks.

Designers used mild colours so the consumer would guess the taste of the product by using only the subconscious suspicion and younger consumers are more eager to test new products and to check whether their suspicion was right.

Over all the product is based on a contrast differentiation on the shelf and eye and mind catching tactics of the design. Moontroops agency is proud to present the packaging design at its finest – Selfish Functional Health Drink for your judgement. 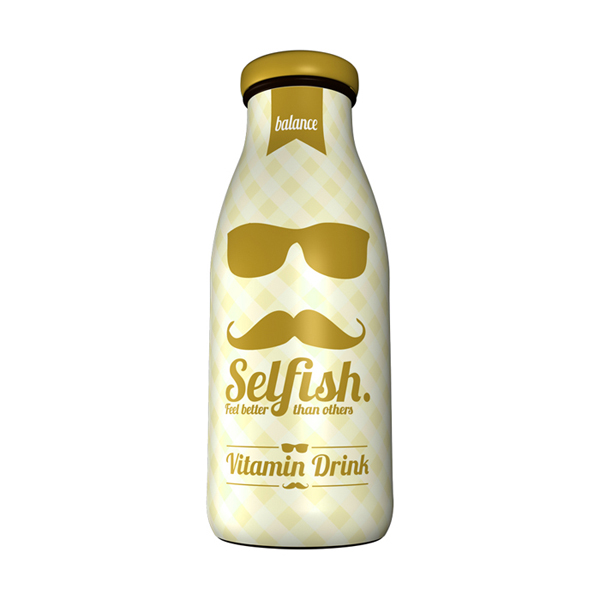 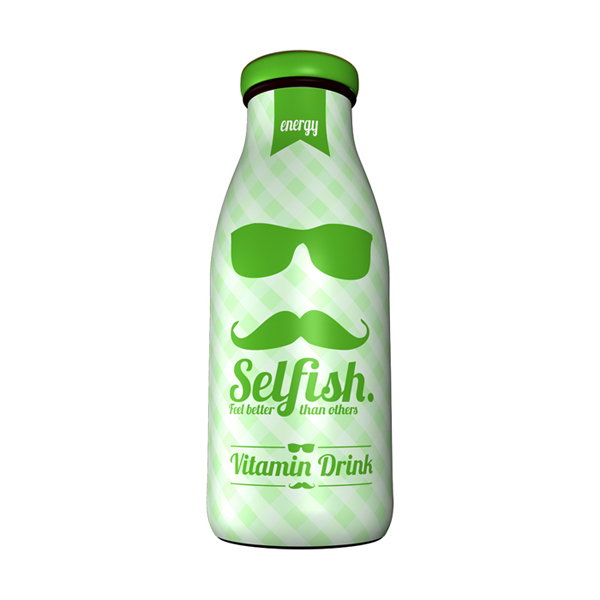 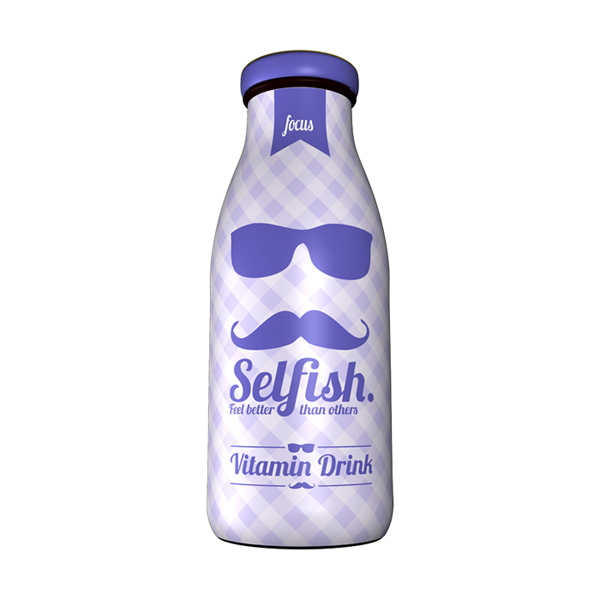 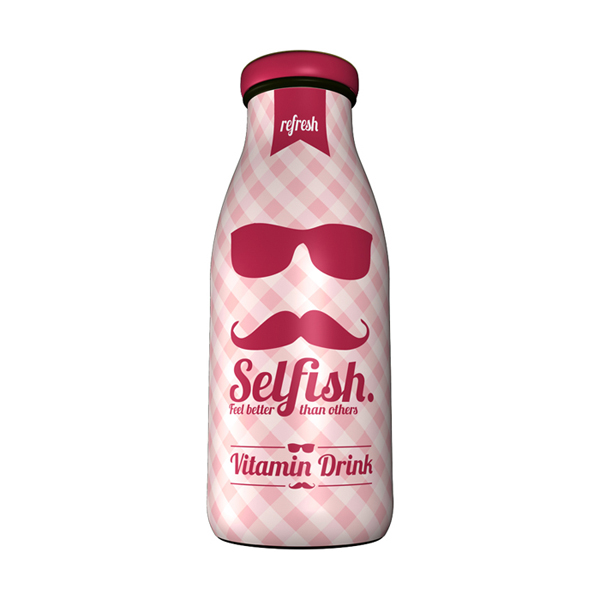 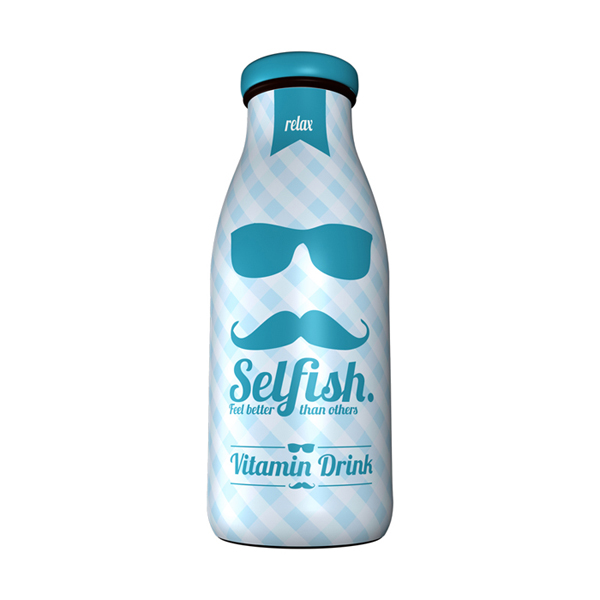 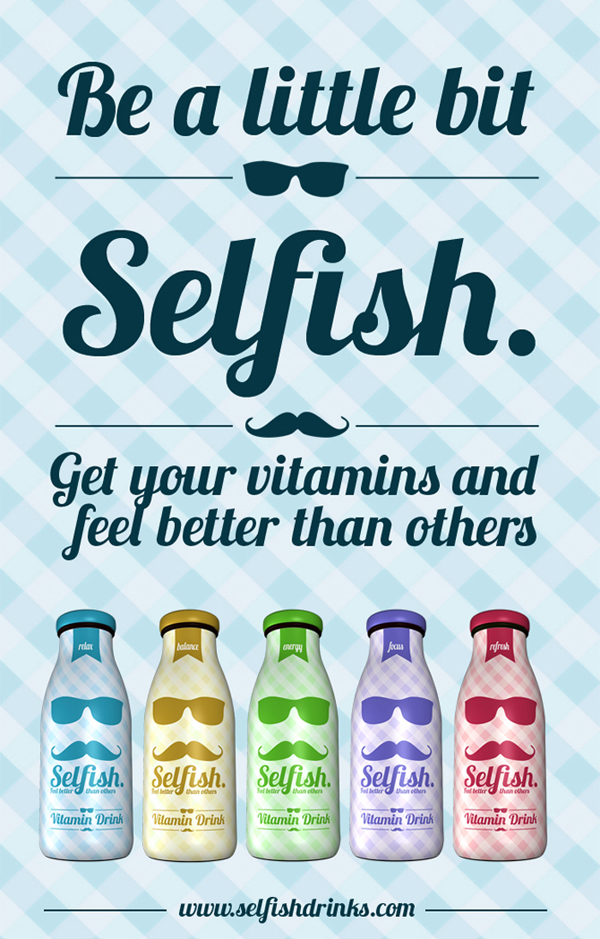 The Dallas Company
14 hours ago