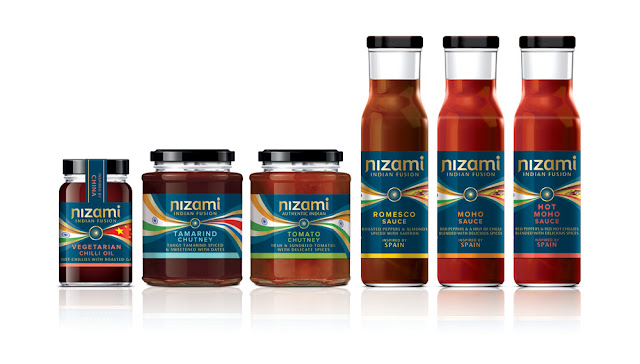 Nizami Foods produces a range of world cuisine inspired sauces, chutneys and chilli oils with an Indian twist. Approved by the Vegetarian Society, they are also gluten-free, wheat-free, and dairy-free.

With the recent introduction of new production facilities, new distribution partners, and plans to launch new products, Nizami Foods’ objective is to become a leading supplier of sauces and chutneys in the fine food industry. To reach this objective, achieve listings in fine food outlets such as Fortnum & Mason, and increase its presence in health food stores, the business worked with Falcon on a new positioning, identity and packaging design.

Sophie Neilan, Founder and Creative Director at Falcon, said: “We looked at competitors and found that Nizami’s Indian fusion philosophy is unique. This became the basis of the positioning and packaging design.”

The result is an ‘Asian Plus’ positioning, using the tagline ‘World Cuisine with an Indian Twist’. The brand mark has subtle Asian elements combined with a modernity to appeal to target consumers – passionate and adventurous foodies that actively seek out unique international flavours to enliven their meals.

The Indian Twist idea is brought to life on pack via two flags twisting through the wheel device from the Indian flag. Colour variants represent locations from which the products are inspired. For example, warm yellow and orange sunny hues for the Spanish influenced products. The teal background colour provides premium, differentiated cues for shelf stand-out. Tamper-proof round bottles and jars have been introduced for four of the six products, while Tomato Chutney and Tamarind Chutney remain in their original hexagonal jars.

Nitesh Mahtani, Managing Director at Nizami Foods said: “Falcon’s understanding of the Fine Foods world is second to none. Our brilliant new identity and packaging is critical to taking Nizami Foods to a whole new level of distribution and consumer engagement.” 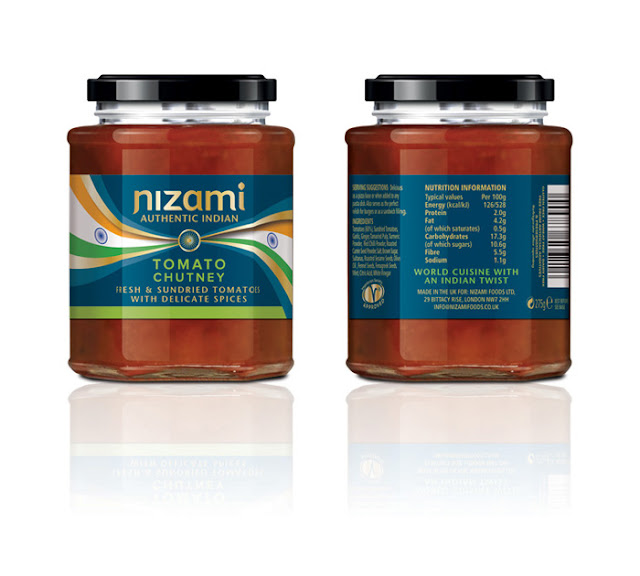 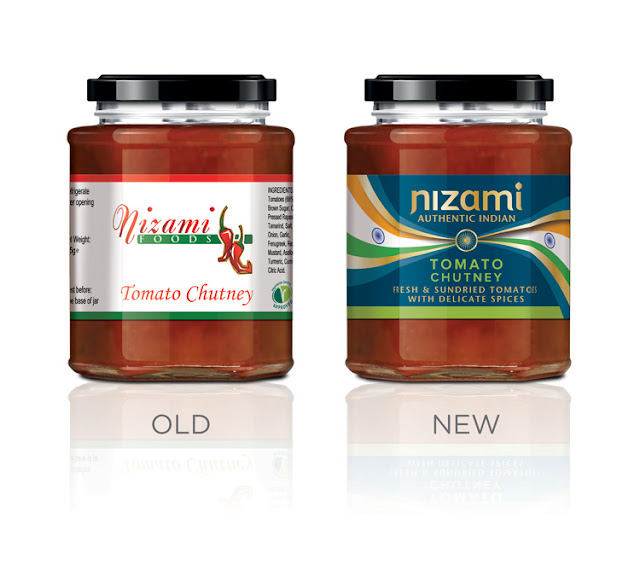