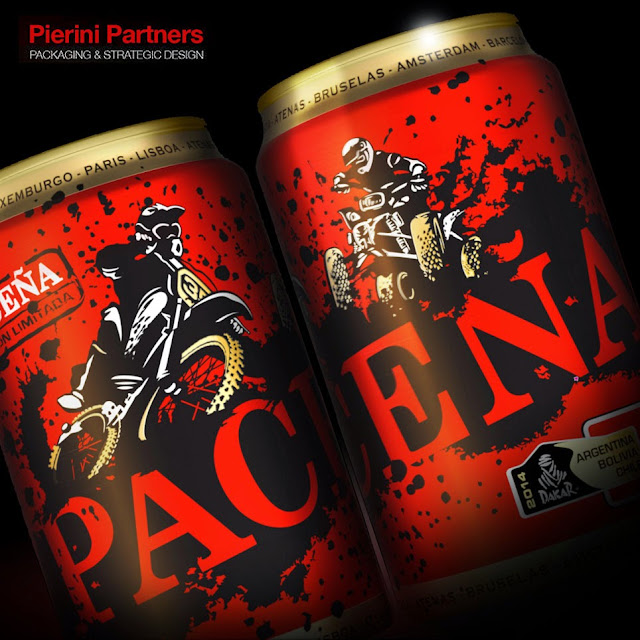 The leading strategic branding and packaging studio accomplished in this new limited edition, to transmit the whole spirit of the risks that exist in the automotive competition world.

The design has been specially created by renowned Argentinean designer Adrian Pierini to celebrate the fact that Paceña is an official sponsor of this great event . This is not something minor, because is the first time that Dakar steps on Bolivian soil and as the # 1 beer in that country could not remain static in such a momentous event.

The layout breaks with the traditional attributes of the class, is not classical, is not balanced, not picky. Quite the contrary! The Dakar tests the harder and stronger spirits and the layout reflects this temple . A great violent diagonal spot expresses that action and it emanates the Paceña´s logo in a striking and determined way; true to the style of this competition. Above them the two categories involved , ATVs and motorcycles, have been represented by rustic synthesis, which were applied in an intentionally misaligned further enhancing the imaginary. 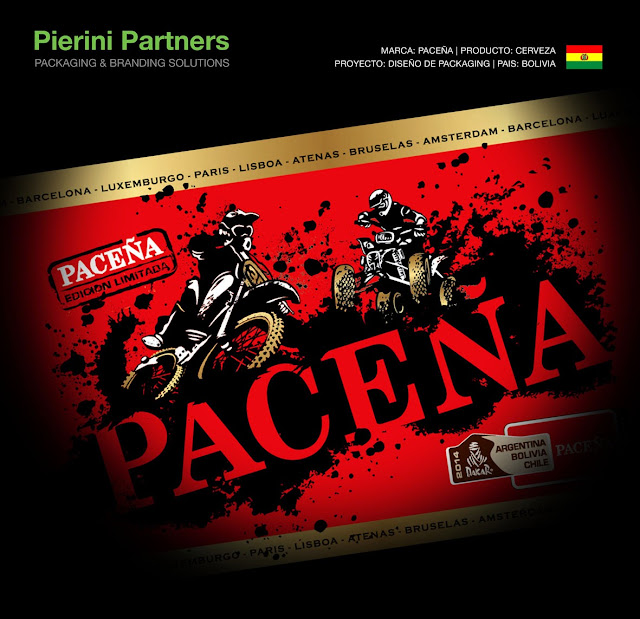 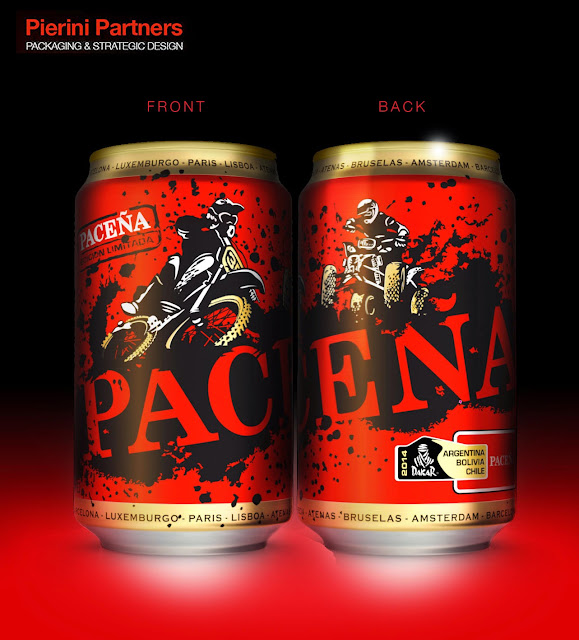 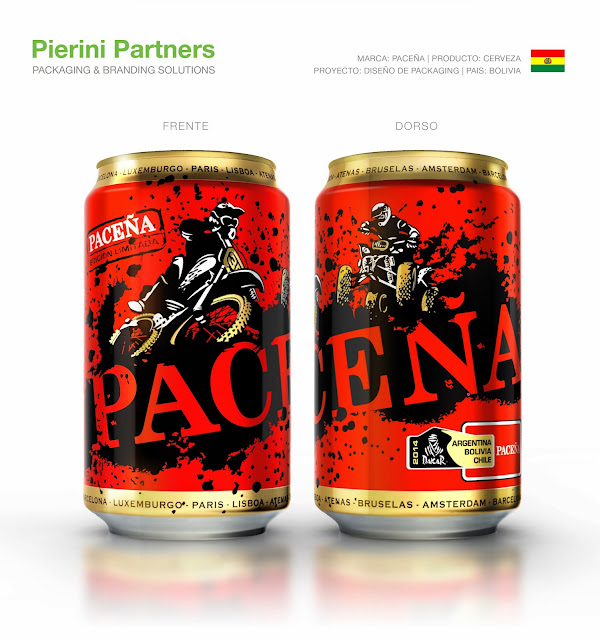