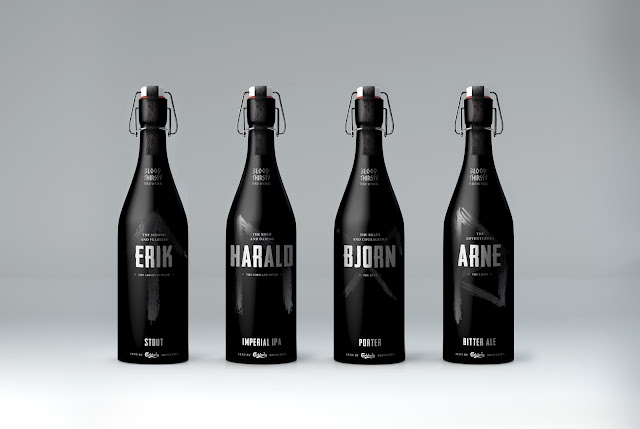 For my Final Major Project I got an assignment from Taxi Studio. The challenge was to create a fearless brand identity for the first microbrewery by Carlsberg.

After researching the history of Carlsberg and Denmark I decided on using their Viking heritage. Today people associate the Vikings with bloodthirsty barbarians who travelled overseas to plunder and rape, and had horned helmets. However, I wanted to base my concept on the “real viking”.

All Vikings were Scandinavians, but not all Scandinavians were Vikings. Most people lived in their villages all their life, but some young and adventurous men travelled on viking raids. “Viking” is a term used to describe the people who travelled overseas to explore the unknown. It is said that the viking era started when the Danes invading England. Now, Carlsberg will send their “Vikings” back to invade England again and conquer the beer market.

The beers have different personalities that reflect each “viking” – the strong, the bold, the brave, the fearless, the courageous, the adventurous, etc. The names I have used on these beers are from the Viking era, and they are still used in Denmark today. It was common to have names with a deeper meaning behind it. They used runes, the old Scandinavian symbol alphabet, to protect the Vikings on their travels and give them good luck. The bottles is matt black, with a blank black rune.

Additional Credits: Tom Sommerseth for helping out with 3D modelling of bottles and package box. 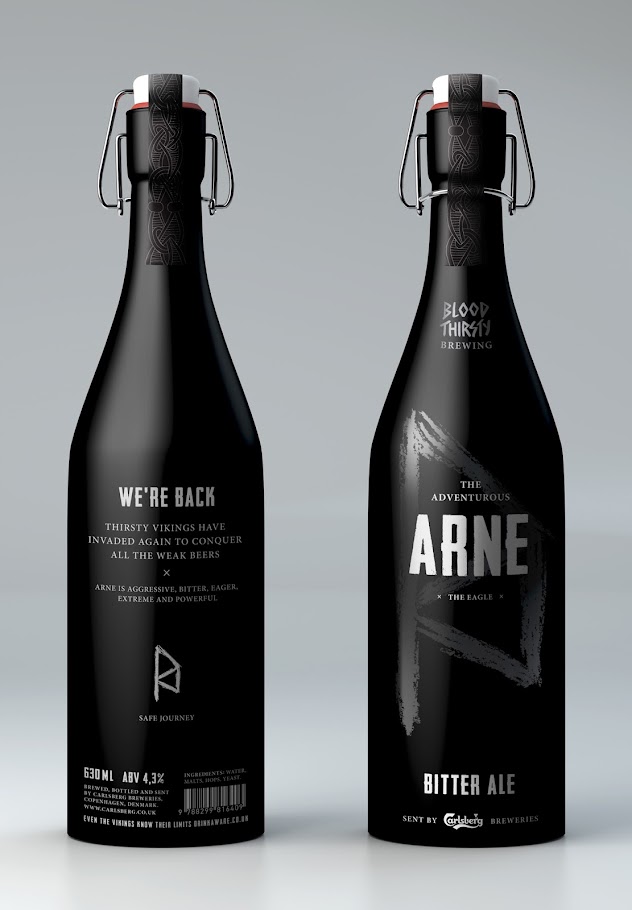 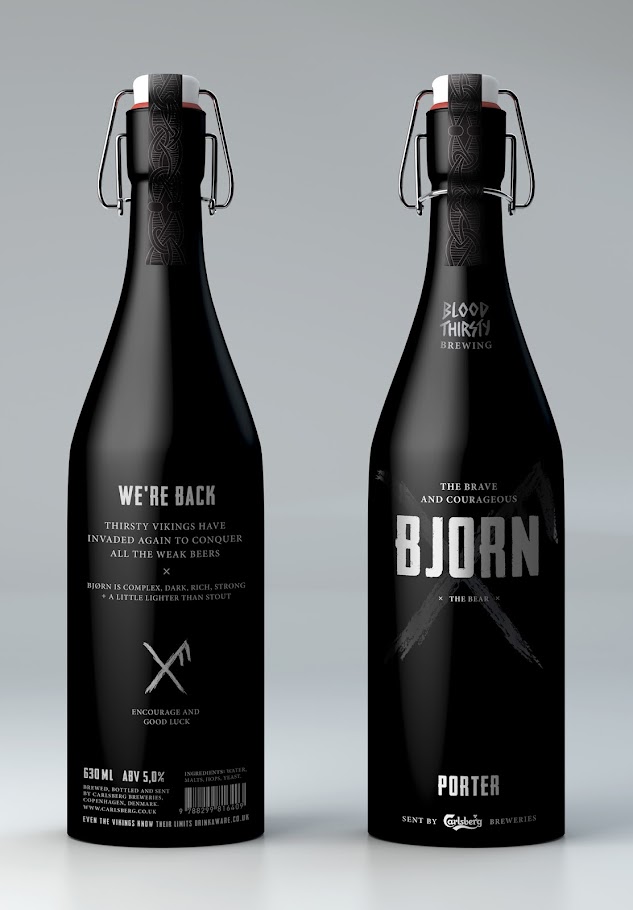 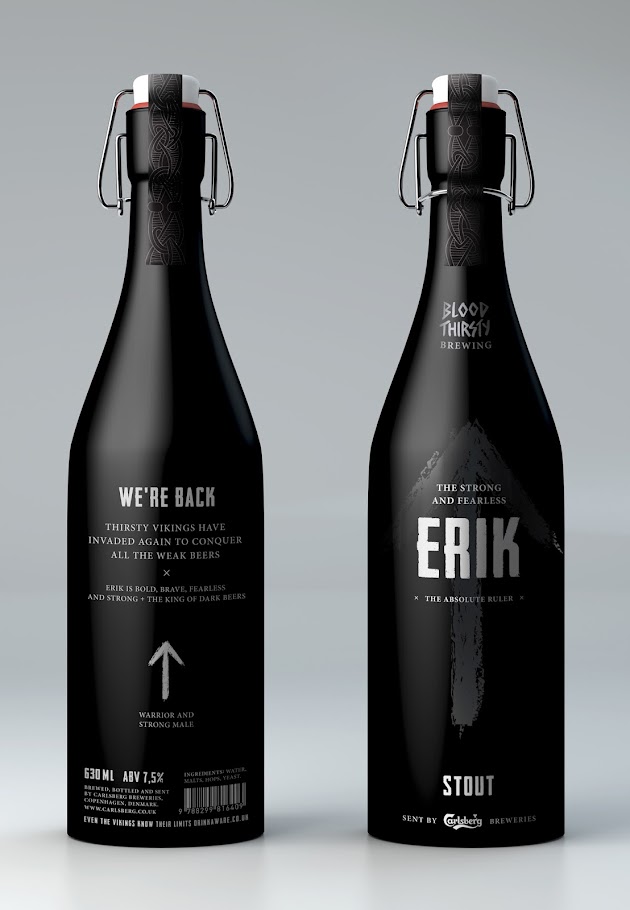 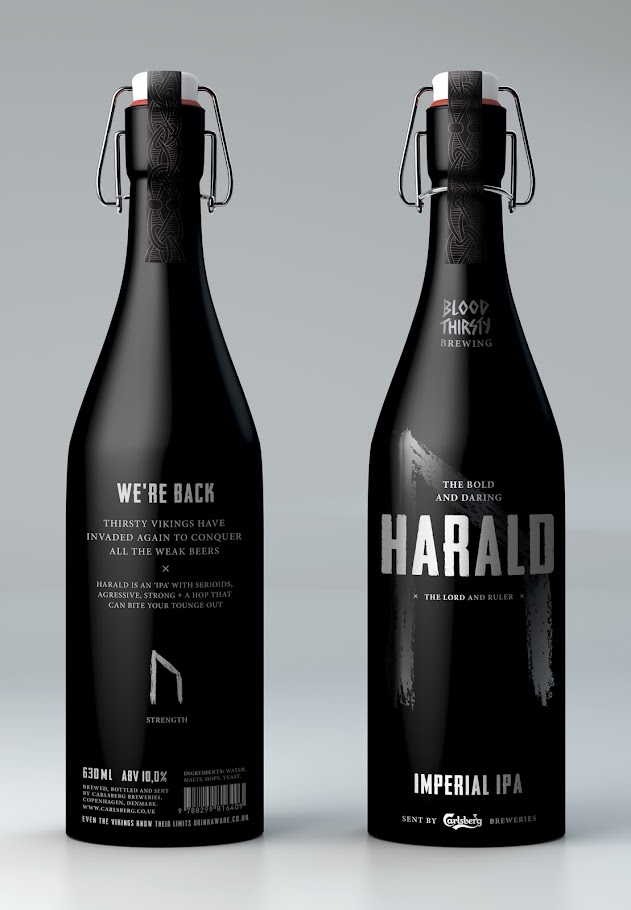 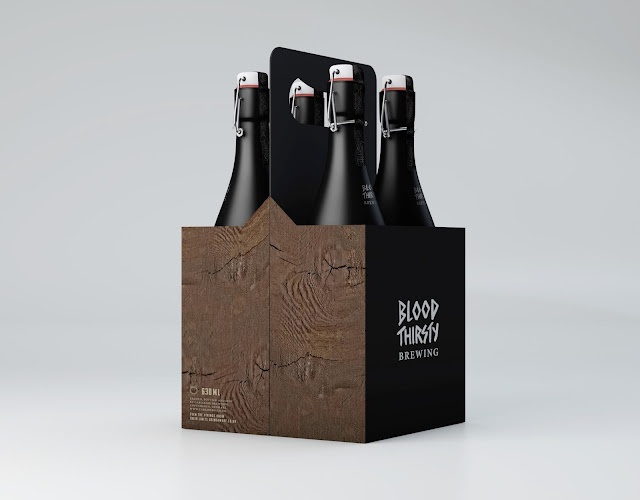