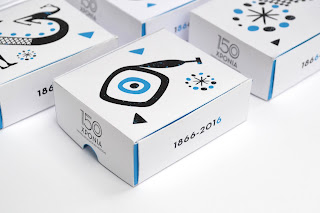 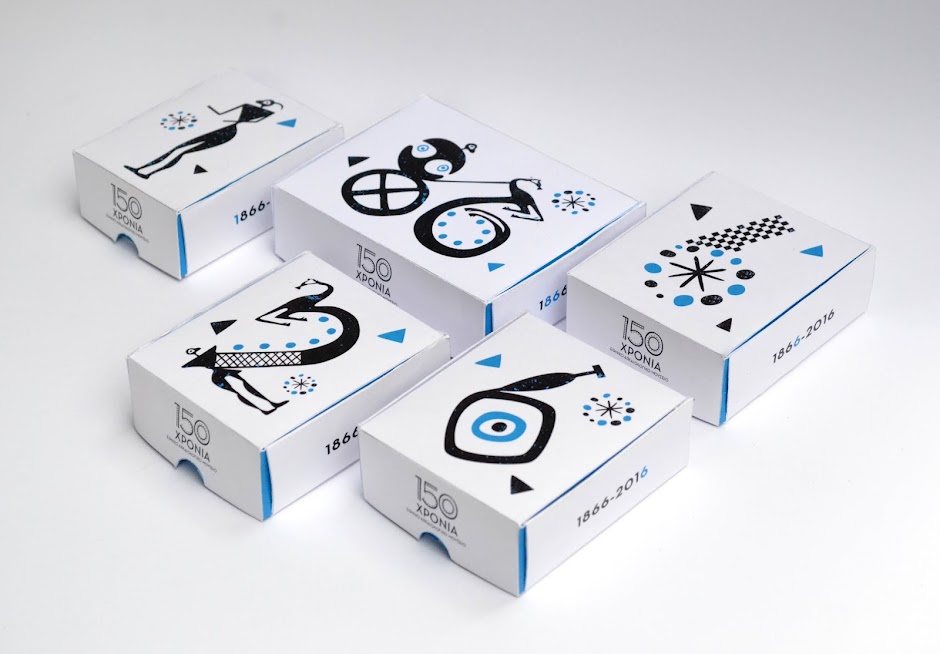 The National Archaeological Museum is the biggest museum in Greece and one of the most significant of the world. This year, due to its 150-year anniversary, we were assigned by our college to design the poster and the anniversary packaging.

The whole idea was based on the fact that the museum, despite the variety and importance it holds, it has a minimum number of visitors. So, I decided to create something fresh, playful and pleasing to the eye, in order to attract more people. More specifically young people, who are in need of converting the boring visits in museums into a pleasant experience.

Thus, I started designing the two dates, using a few illustrations of a very specific vase of the geometric period. The illustrated numbers that occurred, are involved in the whole project, in a different way each time.

The packages are based on the basic idea, except that you have to put one box next to the other to understand the date indicated in it. Finally, in their side surface, there are two dates in which only the number is noted with blue color displayed in the packaging. 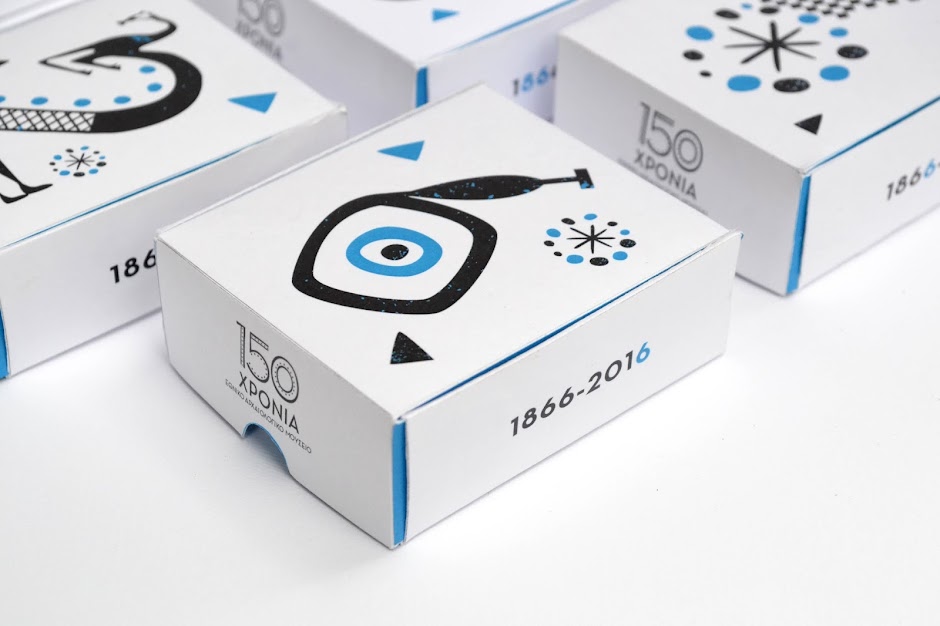 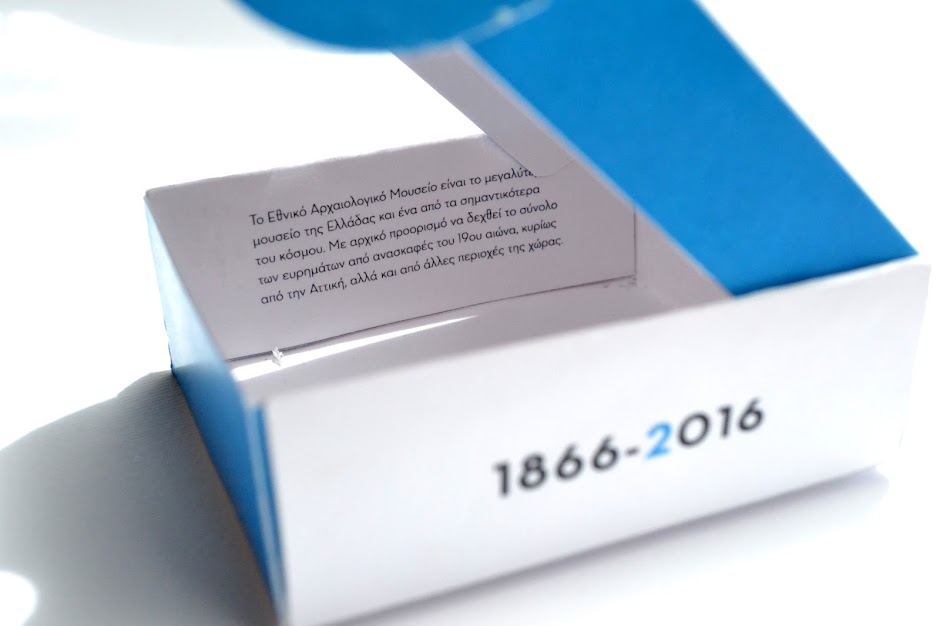 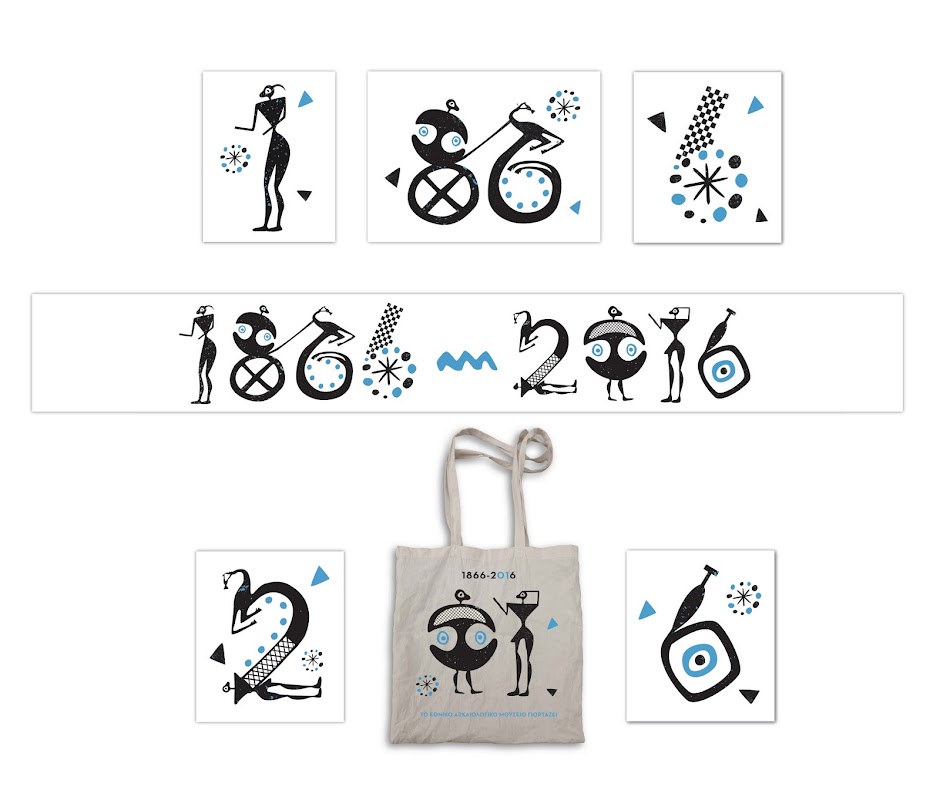