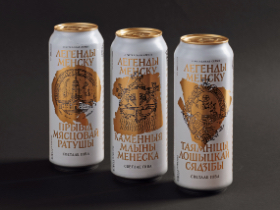 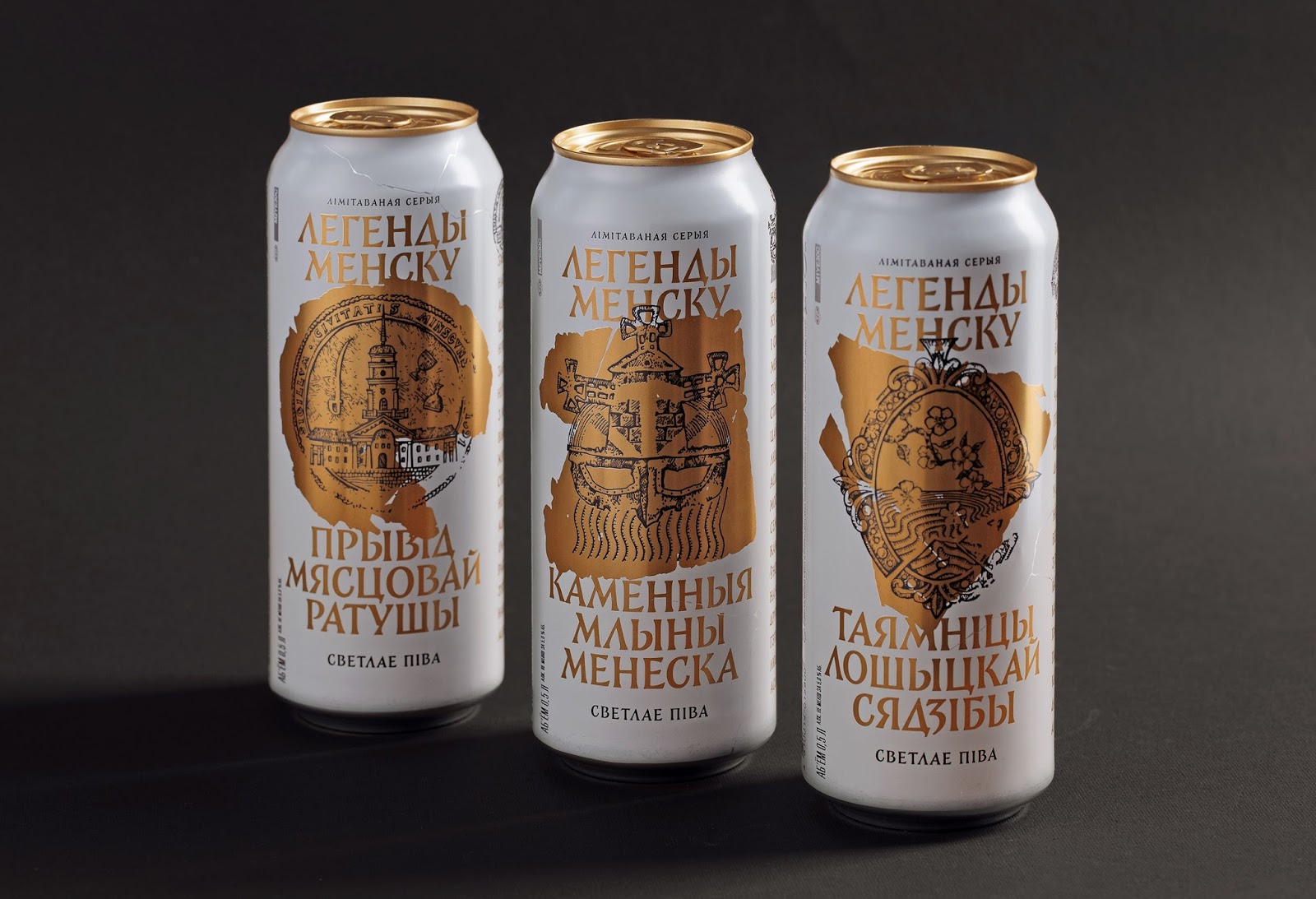 The packaging of the limited series of Krynica Premium beer, Legends of Mensk (Belarus)

The change of design is dedicated to the 950th anniversary of Minsk (Mensk). The client suggested implementing the concept of the most famous old urban legends. At the first stages of work on the project, it was called Artifacts, which determined the future creative boundaries. 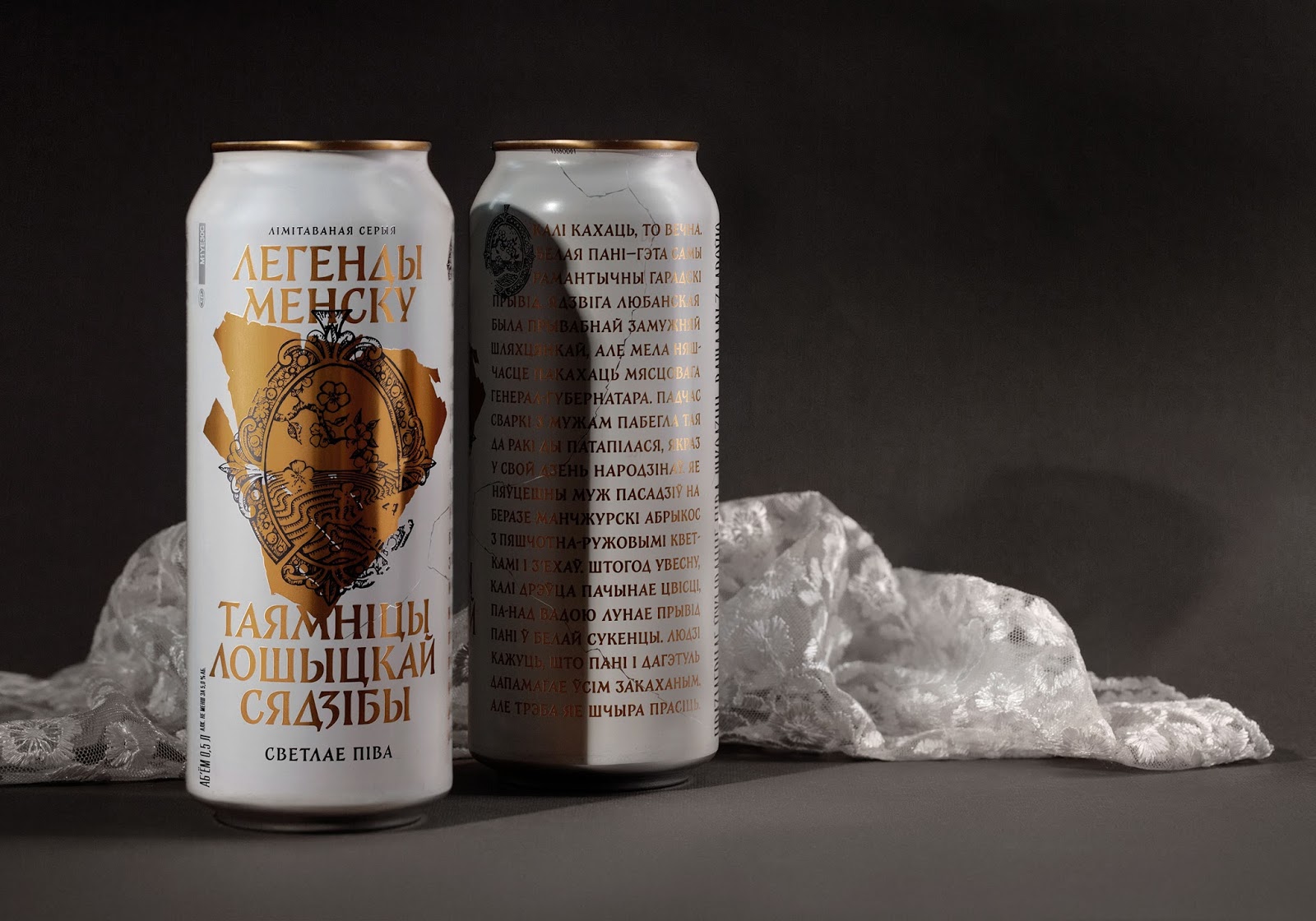 Legends, as a rule, are many times retold stories of the past, events in which are exaggerated and supplemented with fiction. The concept of Artifacts played up to this by allowing the existence of material evidence of the events described. The design of cans, according to the plan, is inseparable from them, which makes the whole package the artifact. The consumer contacts not only the image and the text, he feels the weight, the temperature, the material — all this contributes to the perception in order to believe for a moment… 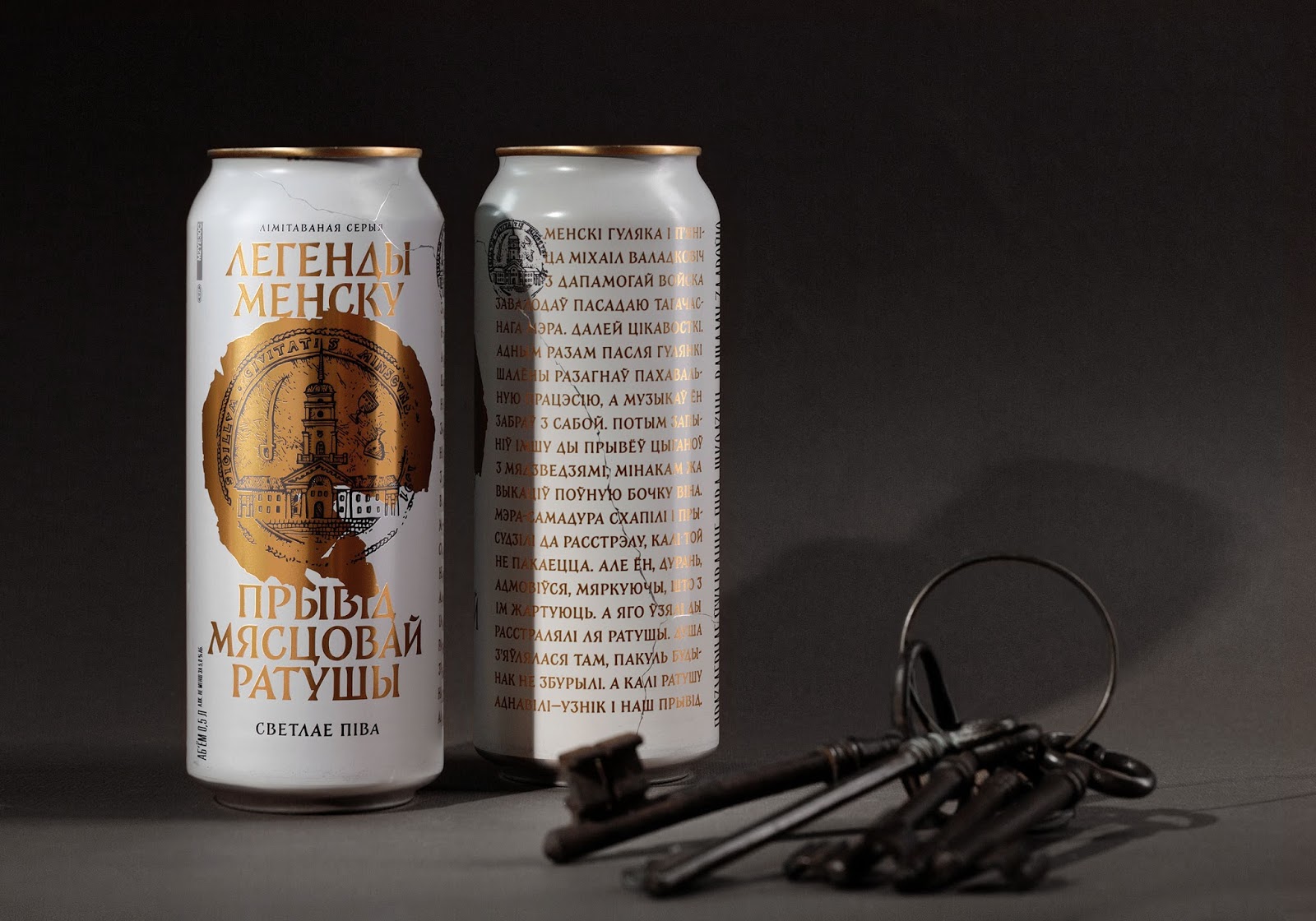 For greater persuasiveness of the idea and what was told in the legends, a reference to the classic monumental inscriptions has been made. A specially designed font has allowed to achieve greater artistic expressiveness and individuality of the product as a whole. The font has become the binding material of the whole composition. 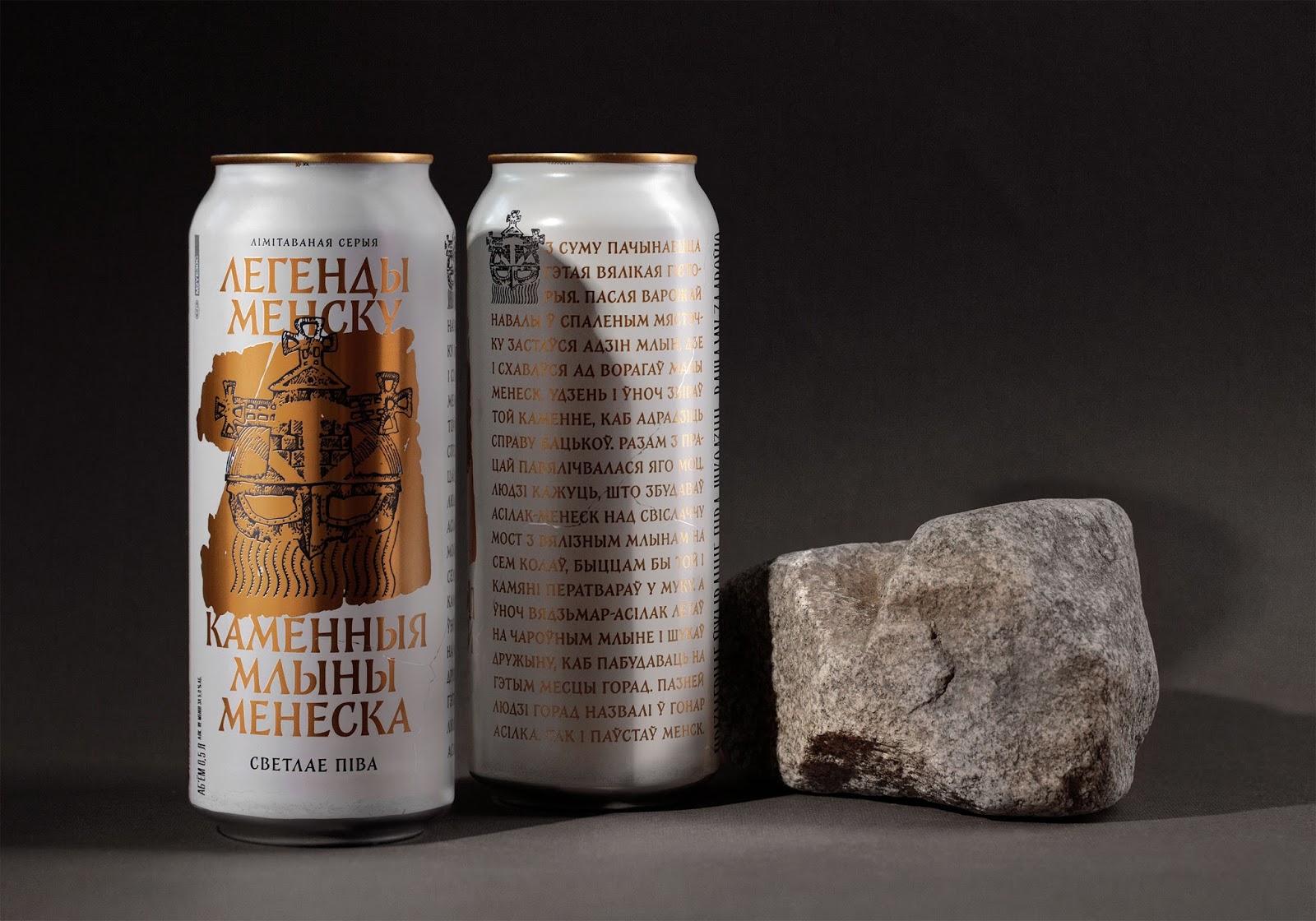 There are no random elements in the packaging design. The illustrated fragility of graphics emphasizes the very essence of legends, like the ones that have since long lost their trustworthiness. The shapes of the main plates tend to the basic geometric figures (rectangle, circle, triangle), which reinforces the overall monumental motif of the series. They are also supported by the meaning: Menesk (Minsk founder) — rectangular stones, City Hall — round city seal, Country estate — love triangle. The use of gold paint not only is natural for any references to the past, but is also harmoniously connected to the smooth material and the depicted images. 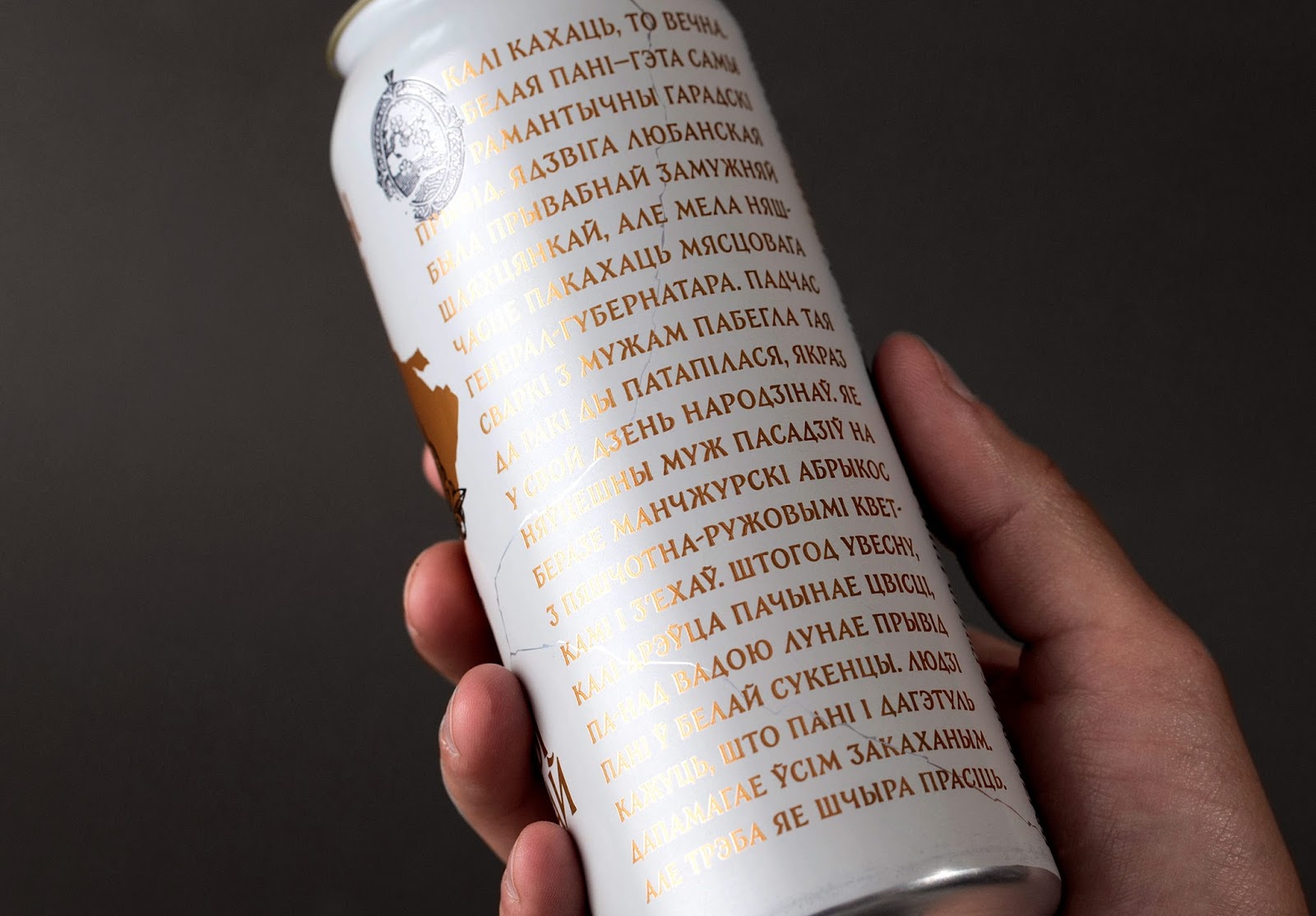 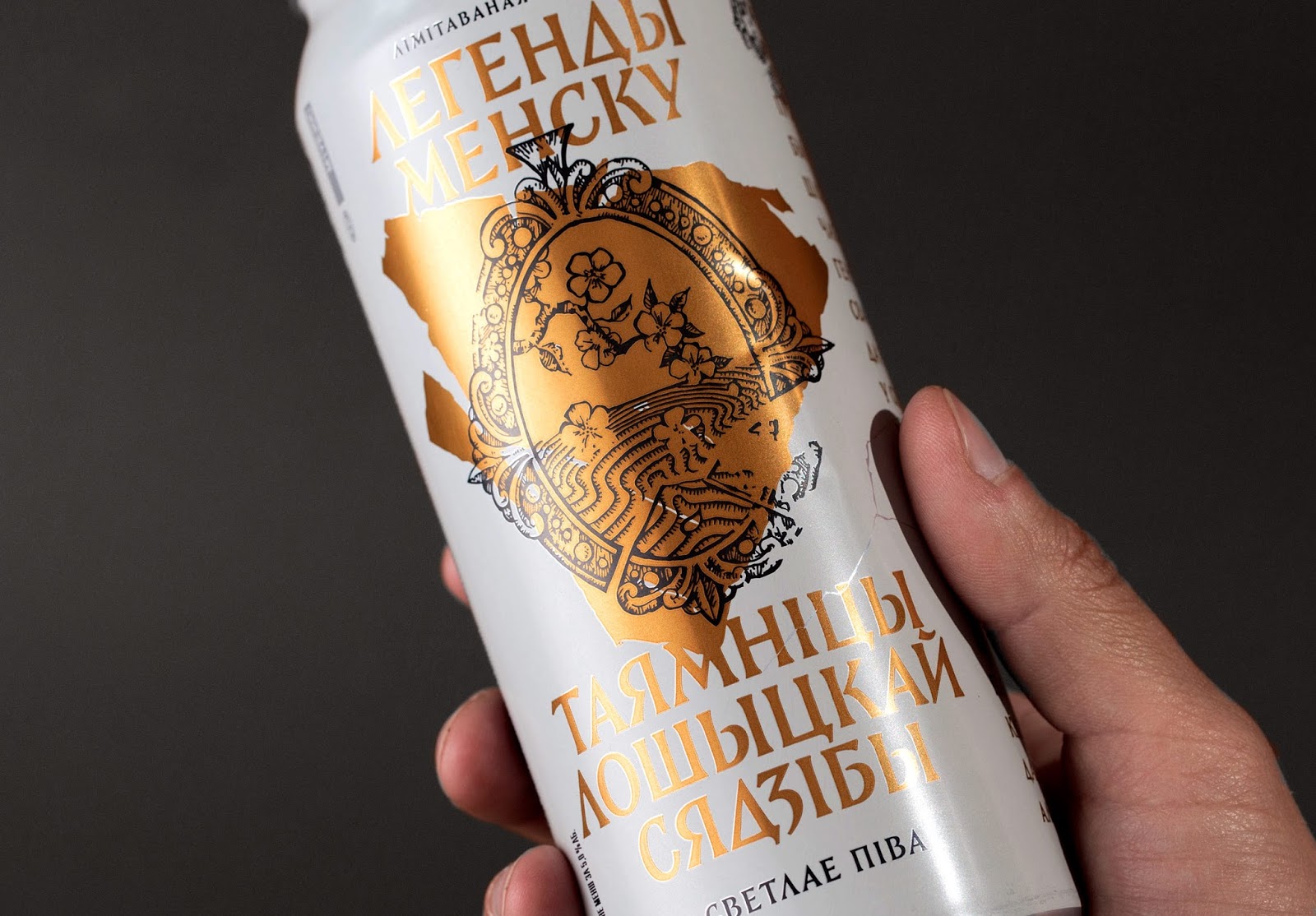