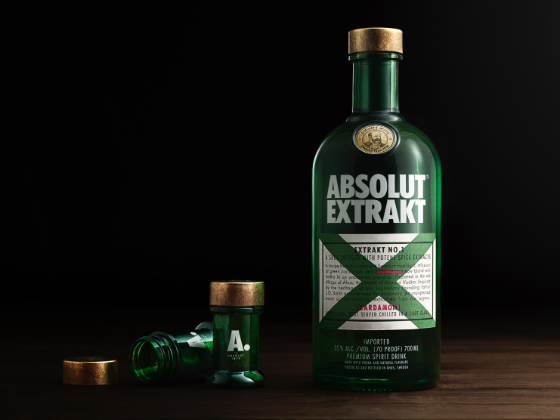 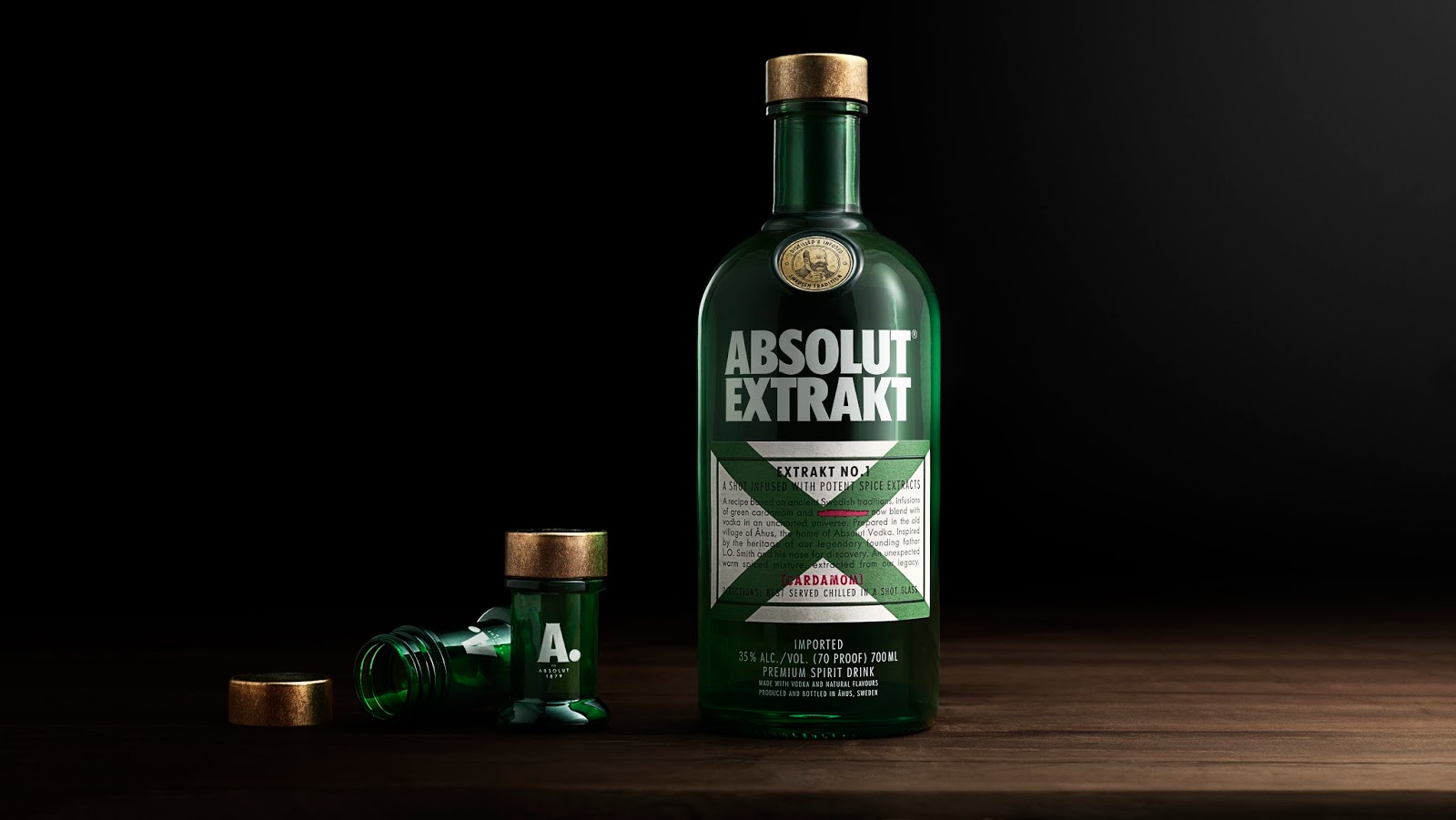 Absolut Vodka is the third largest brand of alcoholic spirits in the world and is sold in 126 countries. Absolut wanted to strengthen its presence in high-energy occasions and introduce a new shots proposition. Pond Design was commissioned to develop a new concept and bring it to life through design, branding naming and storytelling.

Although the shots category accounts for significant volume in spirits, vodka is often not considered as an alternative. Vodka is perceived as too harsh, strong and not enjoyable. At the same time, the territory is full of products that are artificial, sweet and of low quality. The challenge for Absolut in entering the shot space was to insure that the new proposition wouldn’t be viewed as just another flavoured vodka. The concept had to have both attitude and boldness, be “on brand” and feel both new and innovative.

The liquid itself – a cardamom infusion-, the iconic apothecary-inspired Absolut bottle and the Swedish heritage of infusing alcohol with herbs and extracts were our building blocks. Pond Design created a visual world with a modern twist, inspired by traditional apothecaries, a tribute to the places where herb-infused vodka, ‘kryddsprit’, was once sold as a cure for just about anything. The name with its Swedish spelling symbolizes the link to the Swedish heritage. The design connects to the Absolut world through the iconic bottle but executed with new elements, to differentiate it from the Absolut Flavour Range; the large, eye-catching X, an often used symbol in apothecaries, a wrap around label, the green colour of the bottle, a cork cap and a new design structure. 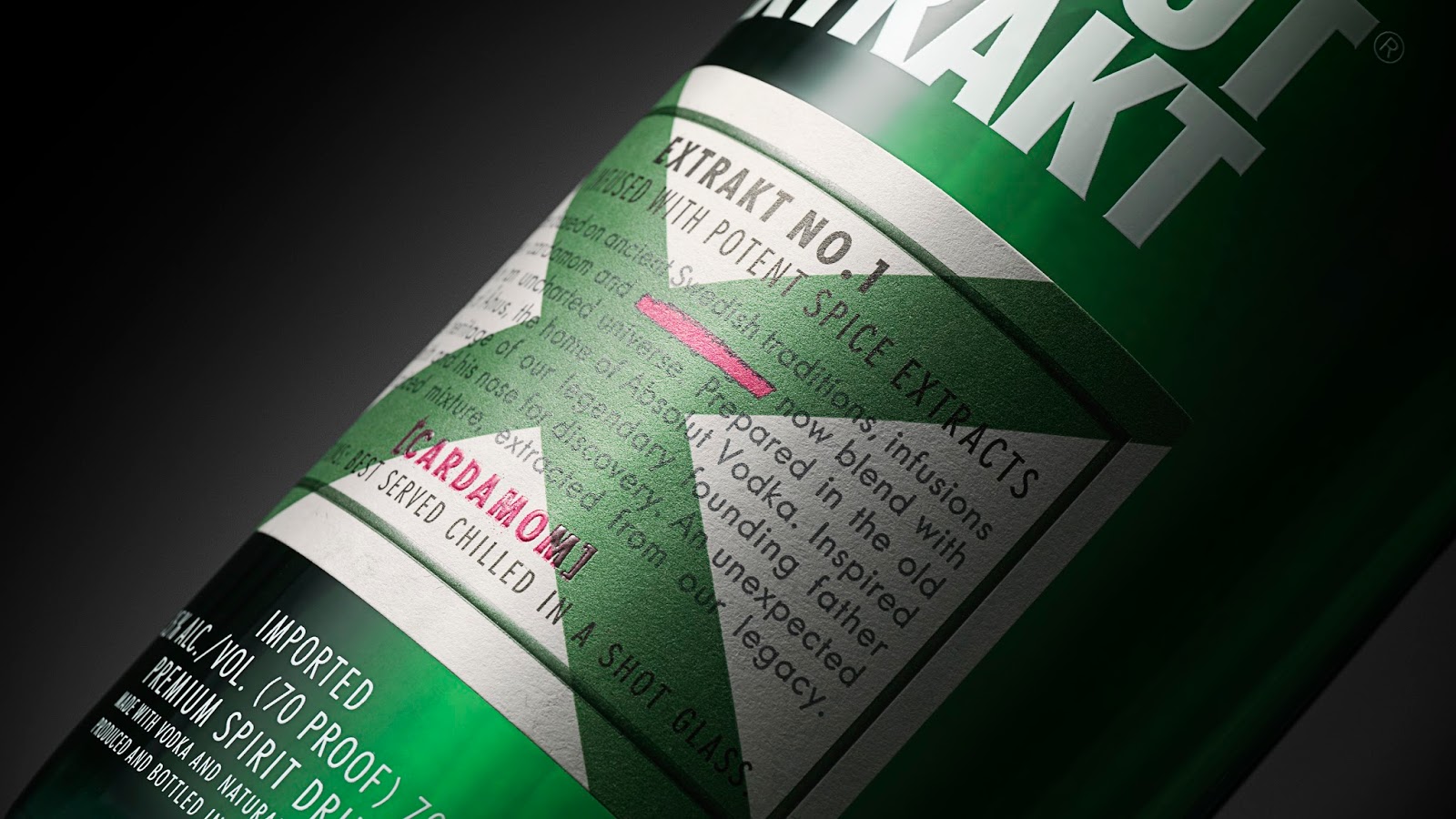 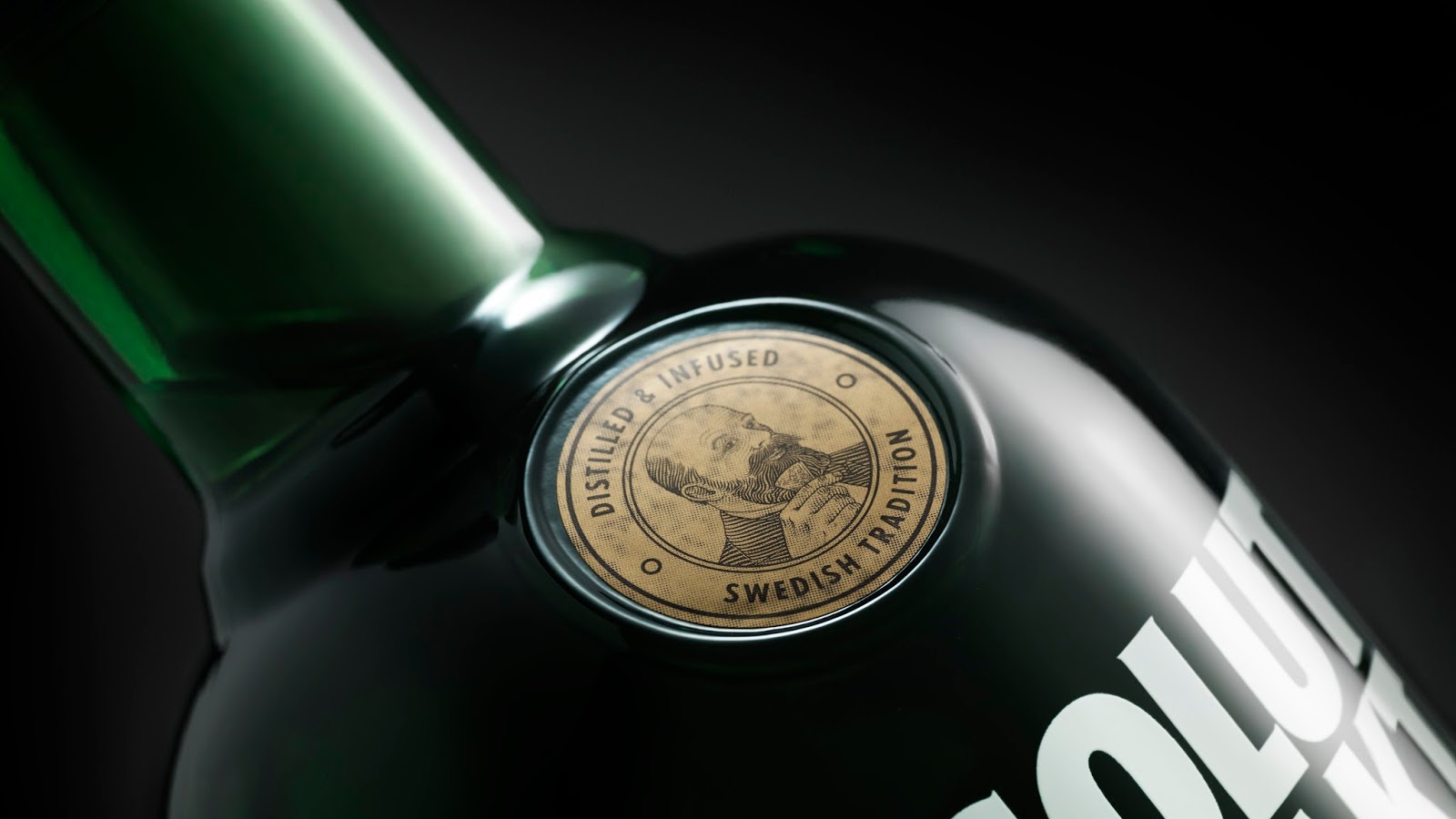 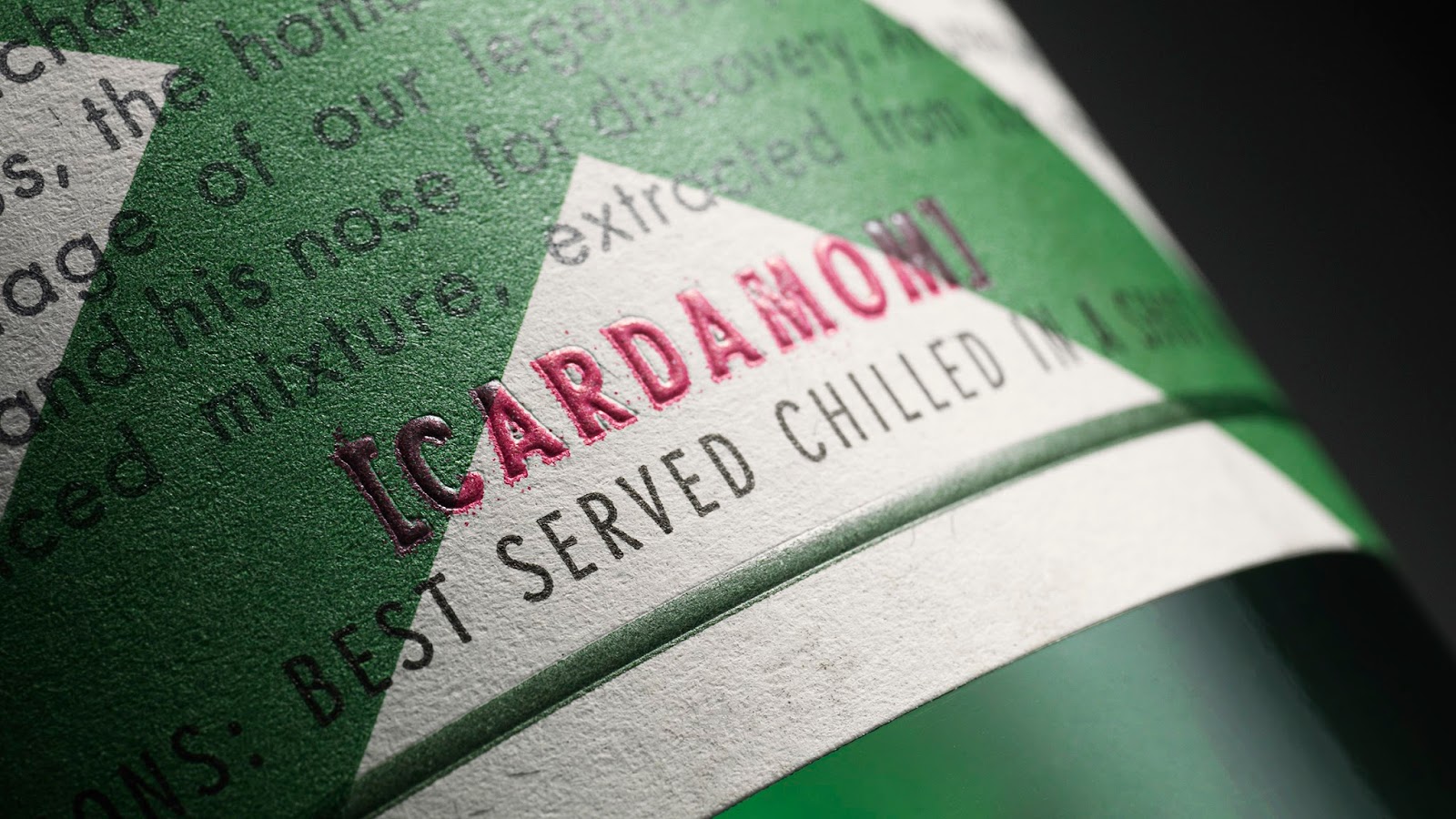 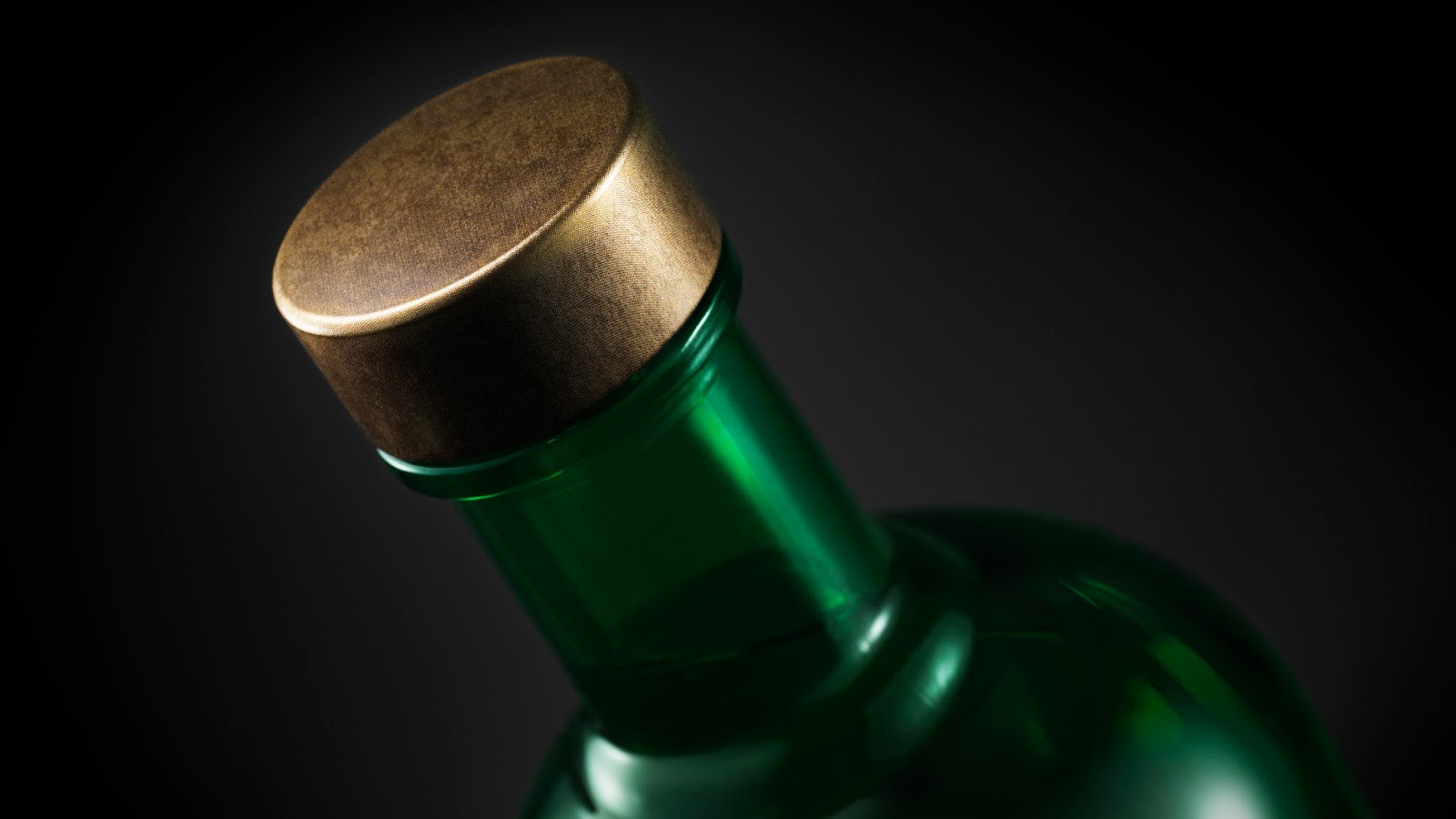