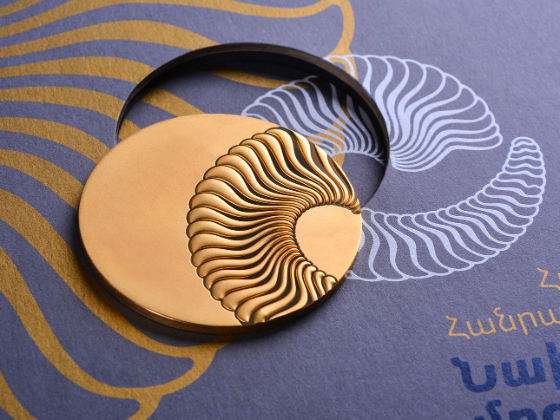 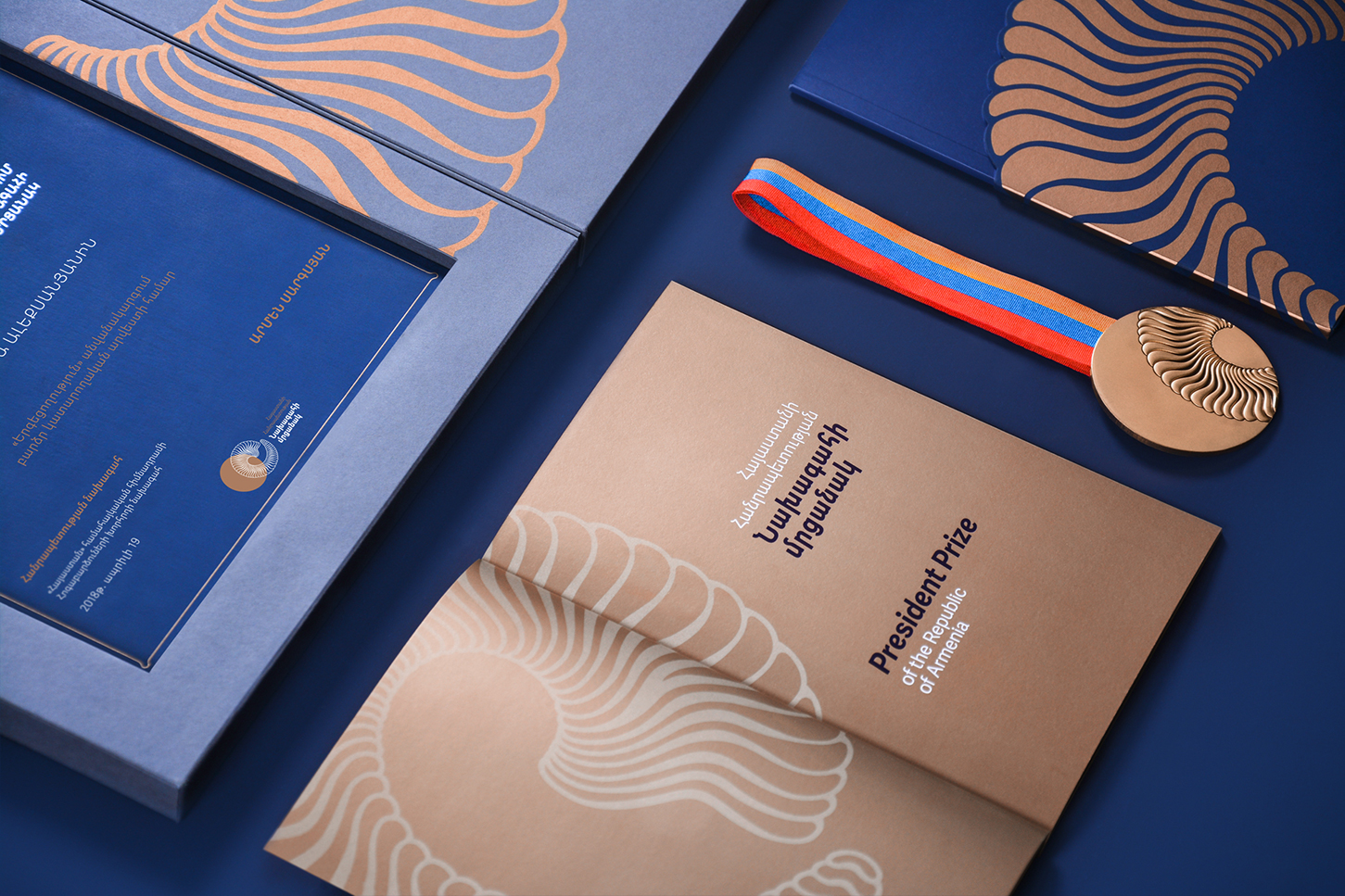 The President Prize is awarded annually for breakthrough discoveries and significant contribution in the fields of education, science and culture to the citizens of the Republic of Armenia. As the prize had no visual identity during many years, the goal of the project was to create a brand identity to attract both young and experienced scientists, writers, artists and other professionals.

Considering the status of the prize our design team had a challenge to create a classic but modern brand identity that would distinguish the prize from other prizes awarded on behalf of the President.​​​​​​​​​​​​​​

The character of Armenian mouflon, an endemic of Armenian highlands, was chosen as a brand symbol. Why Armenian mouflon? Because this mammal is an incarnation of strength and persistence like those respectful scientists and artists that create outstanding works bringing value to their homeland Armenia.

The logo is created in the form of a mouflon horn combined with the Armenian eternity sign, an ancient Armenian national symbol used in architecture and carved on khachkars.

For the President Prize, we’ve designed a medal with an original box. 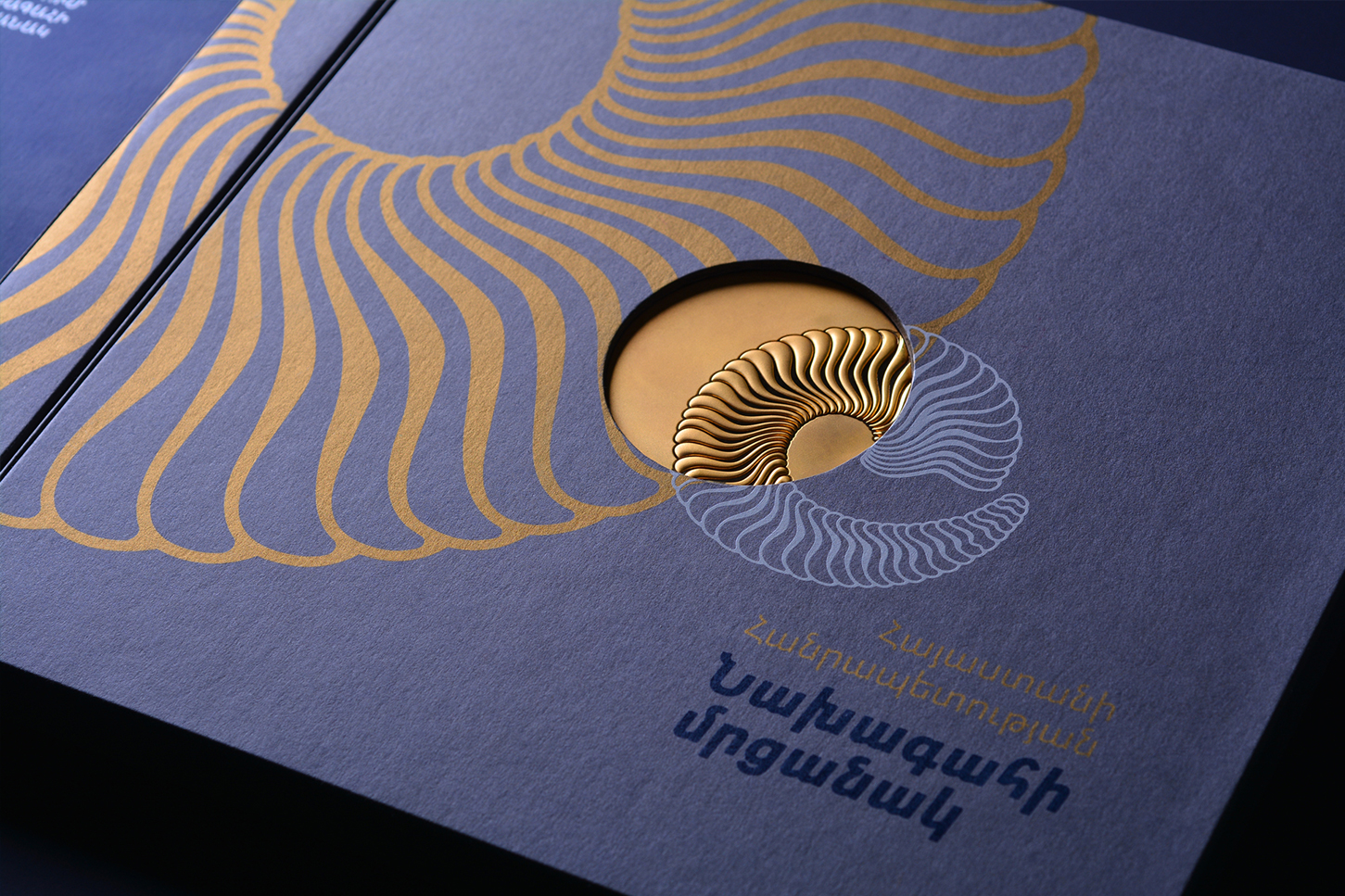 What’s Unique?
The medal has been created in the form of a mouflon horn which is handed to the laureates together with the certificate in an original box . 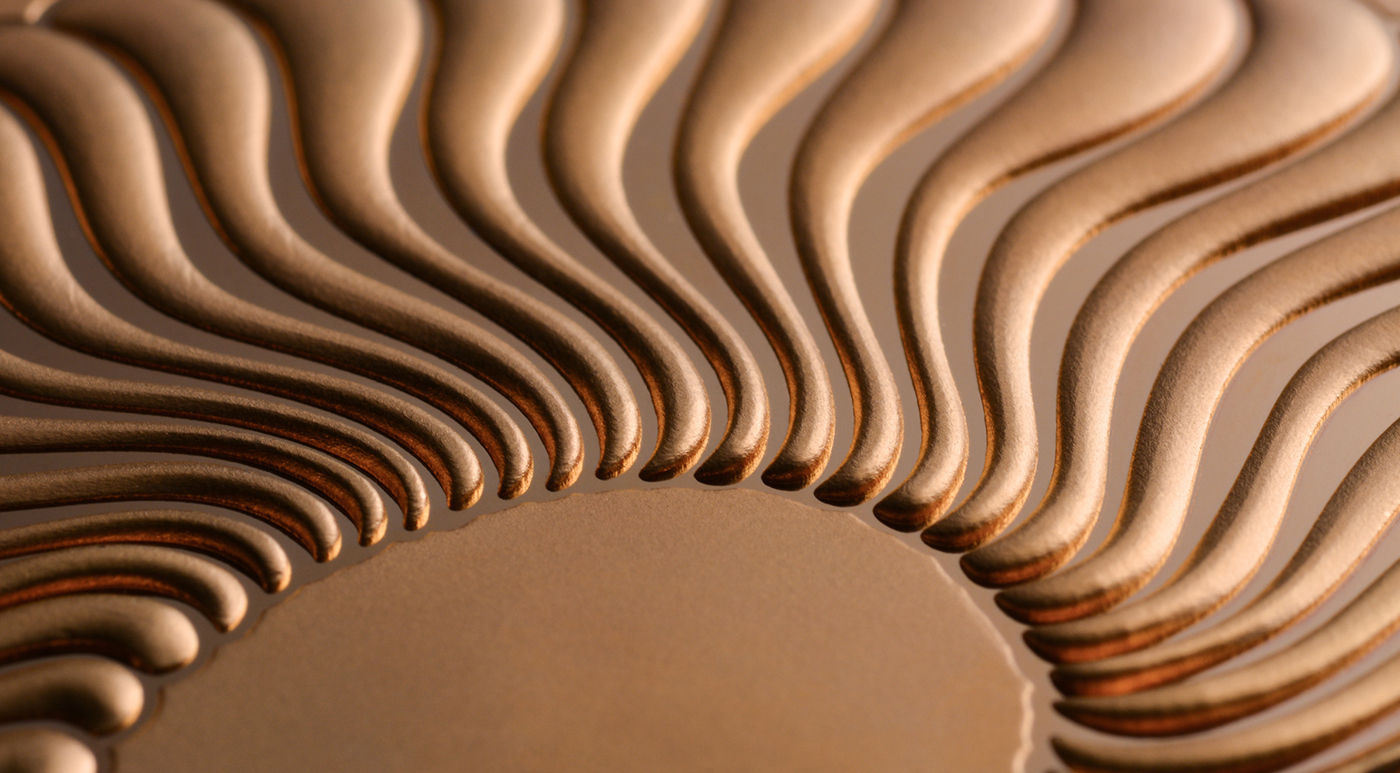 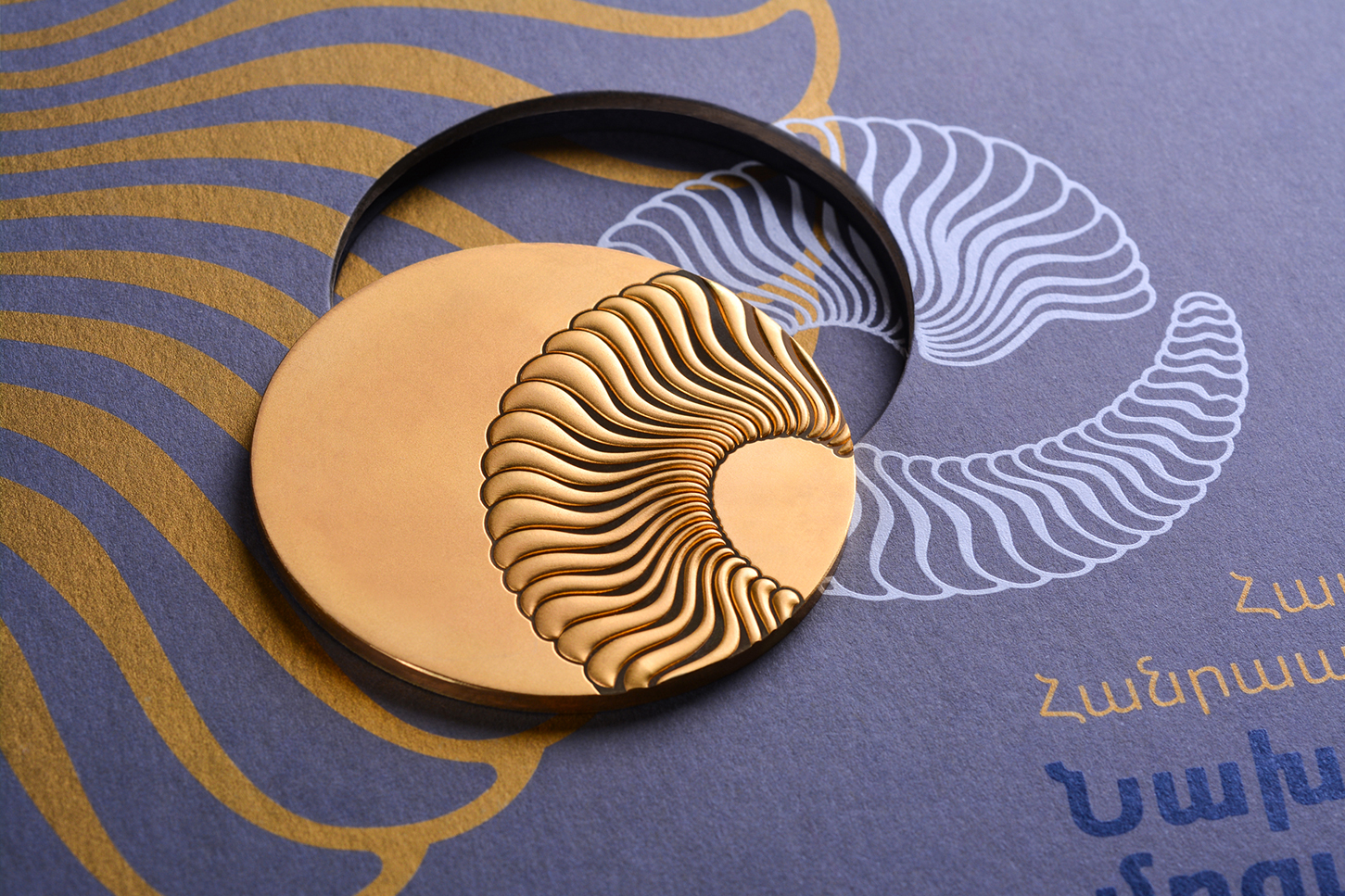 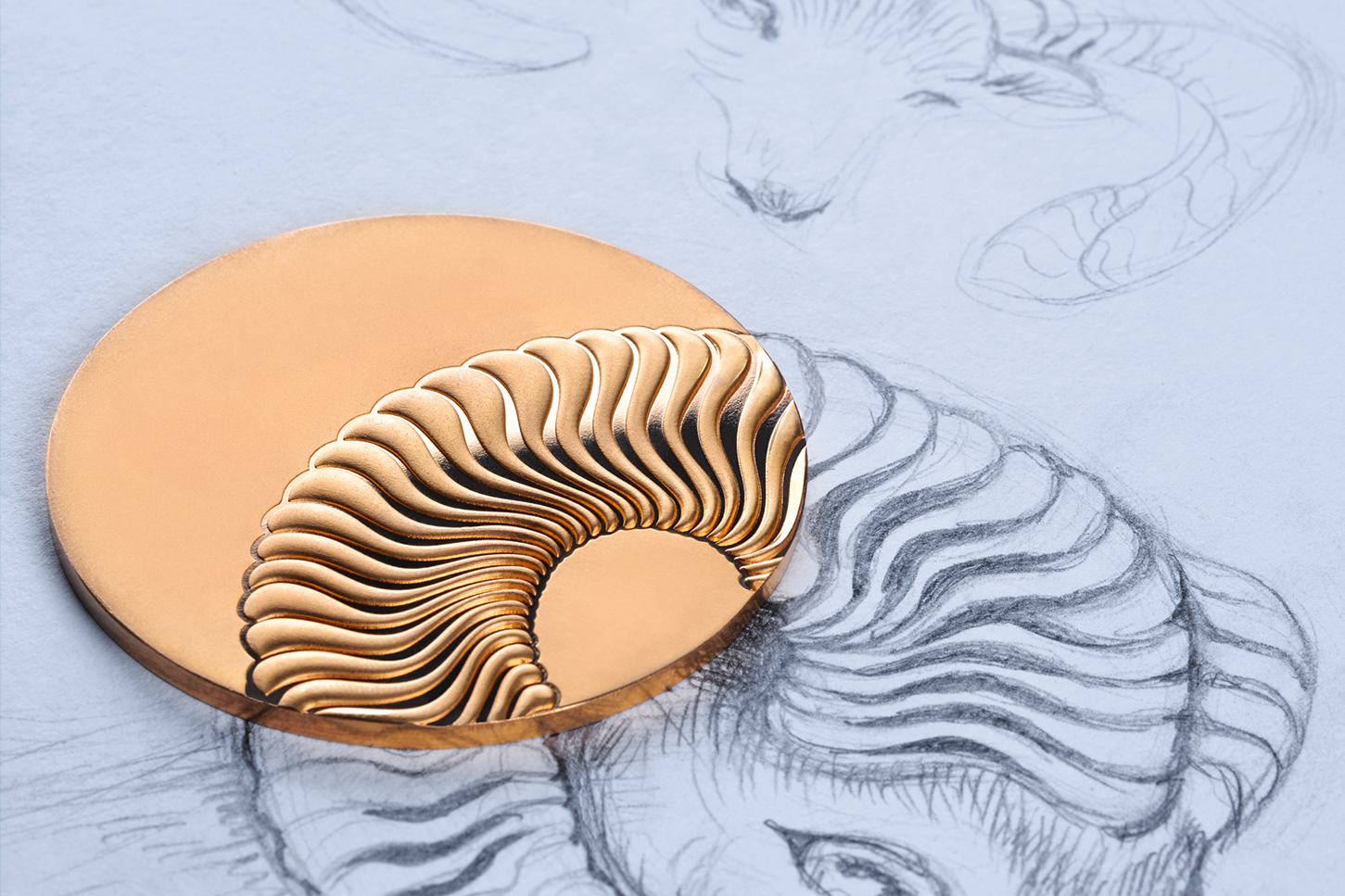 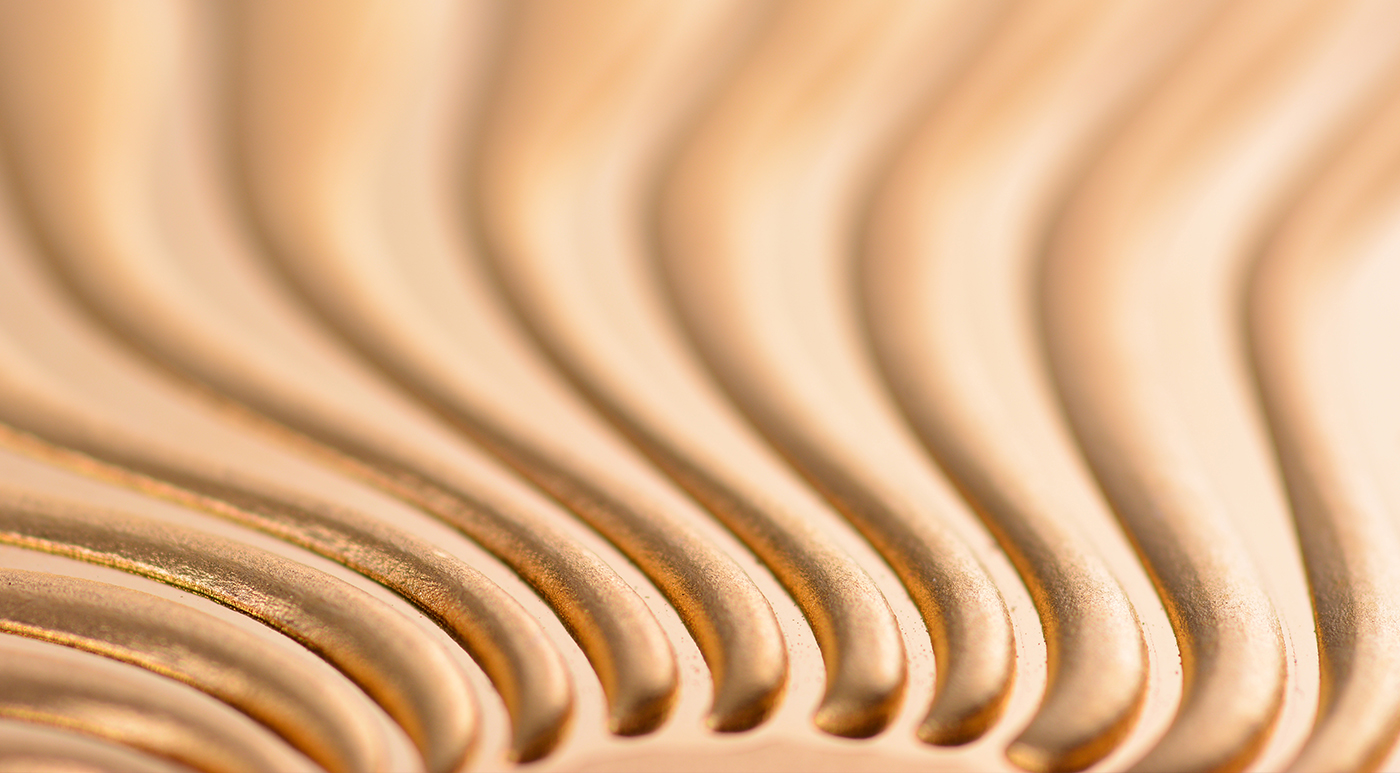 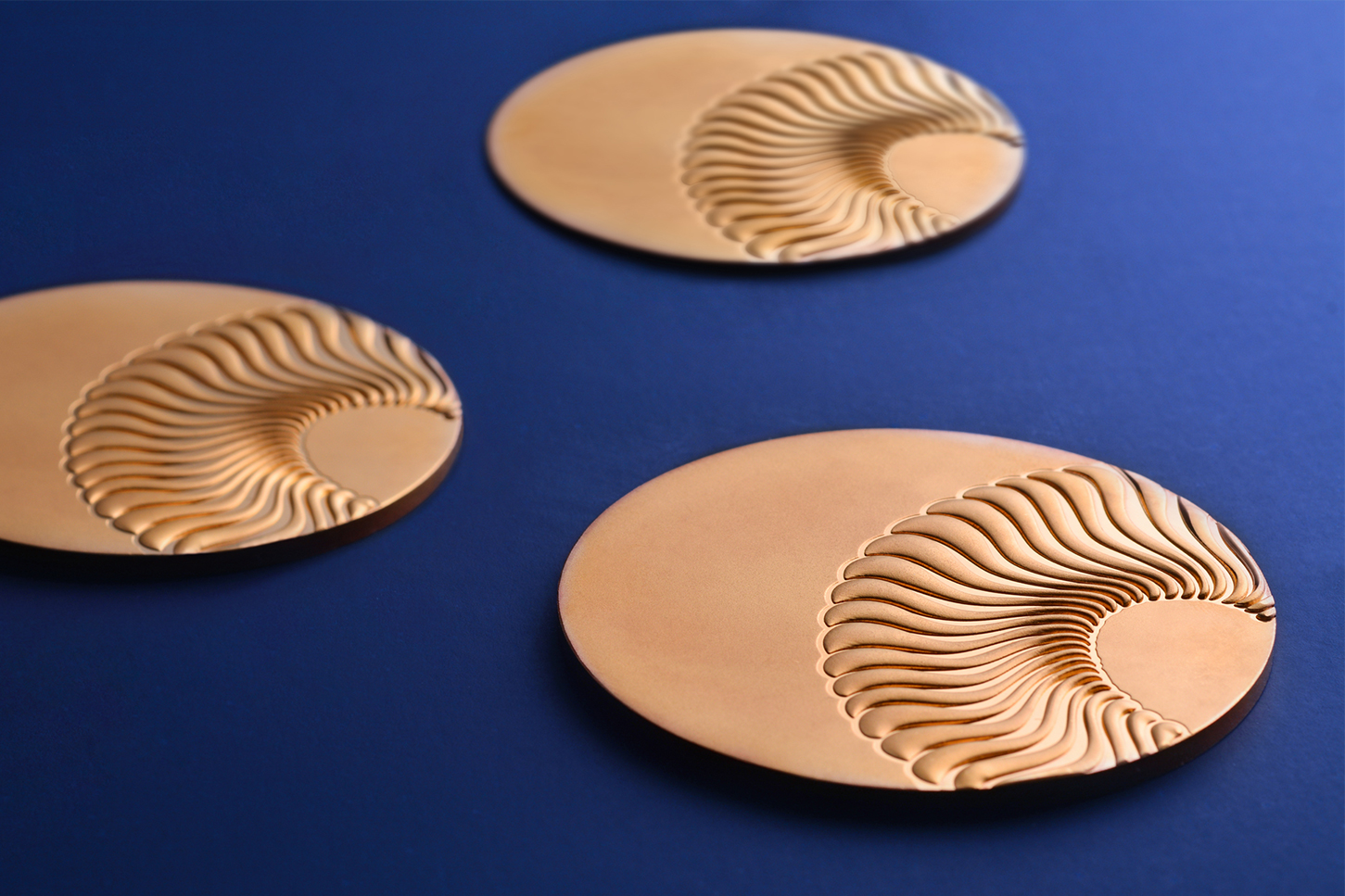 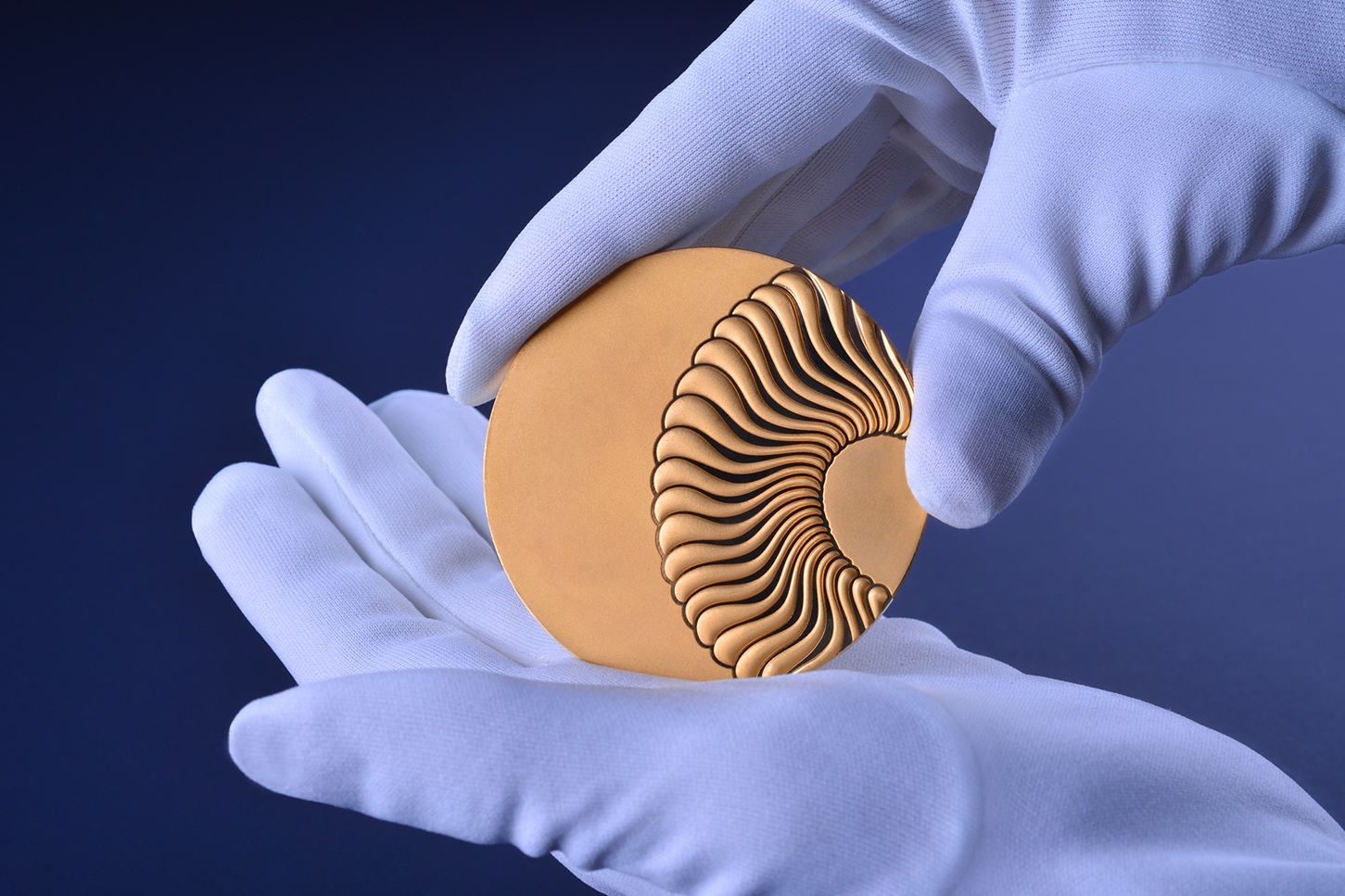 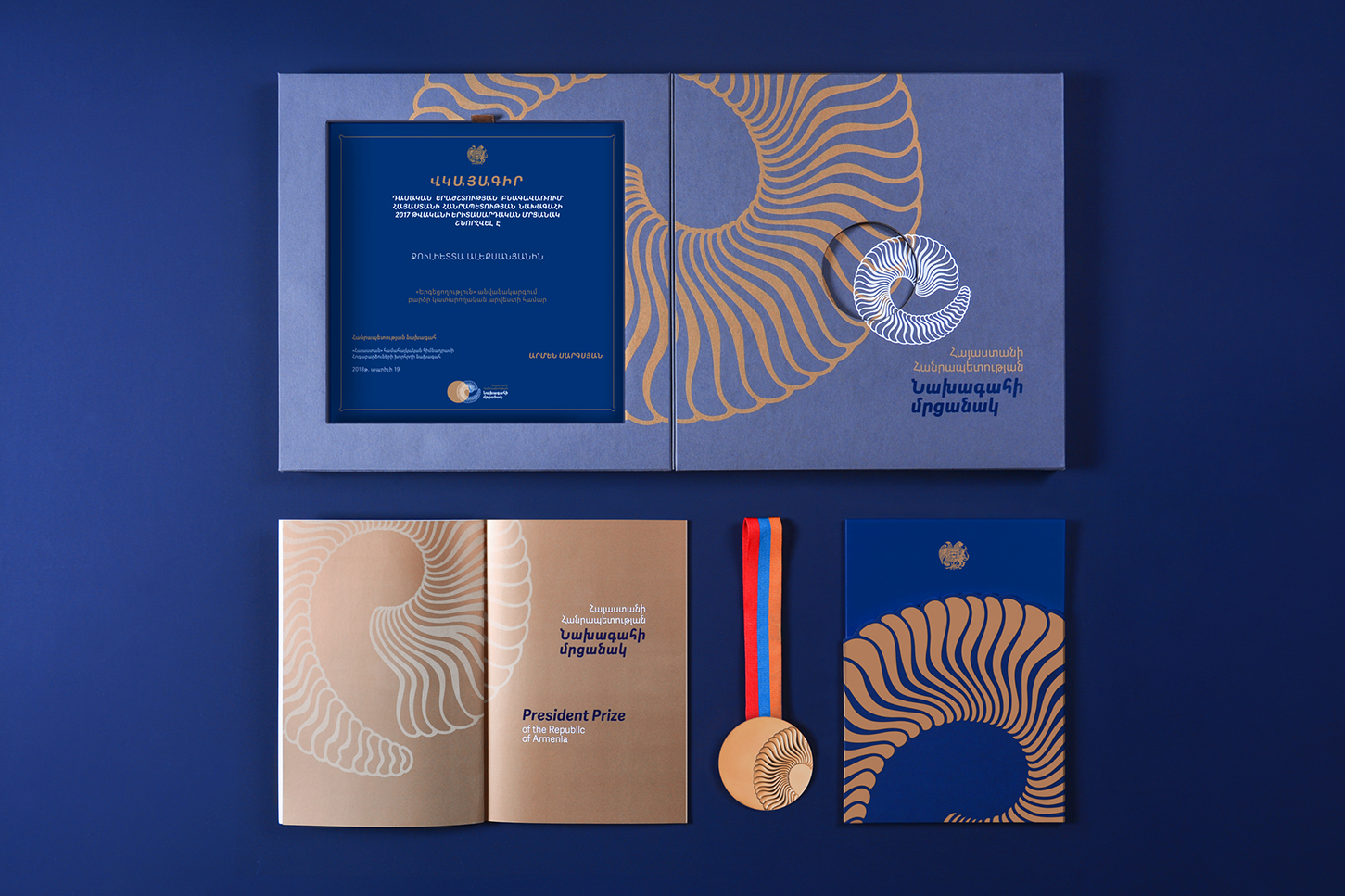 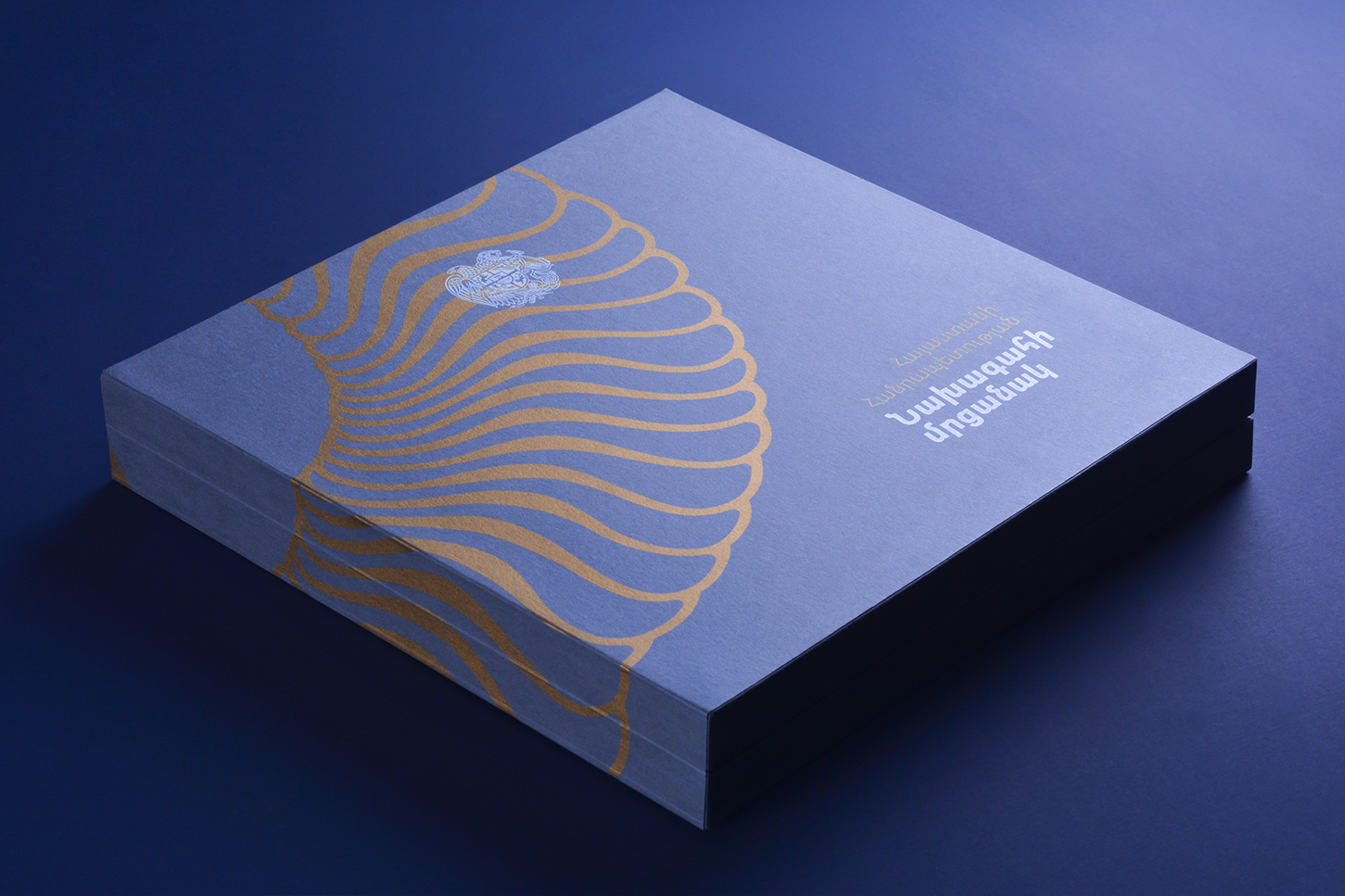 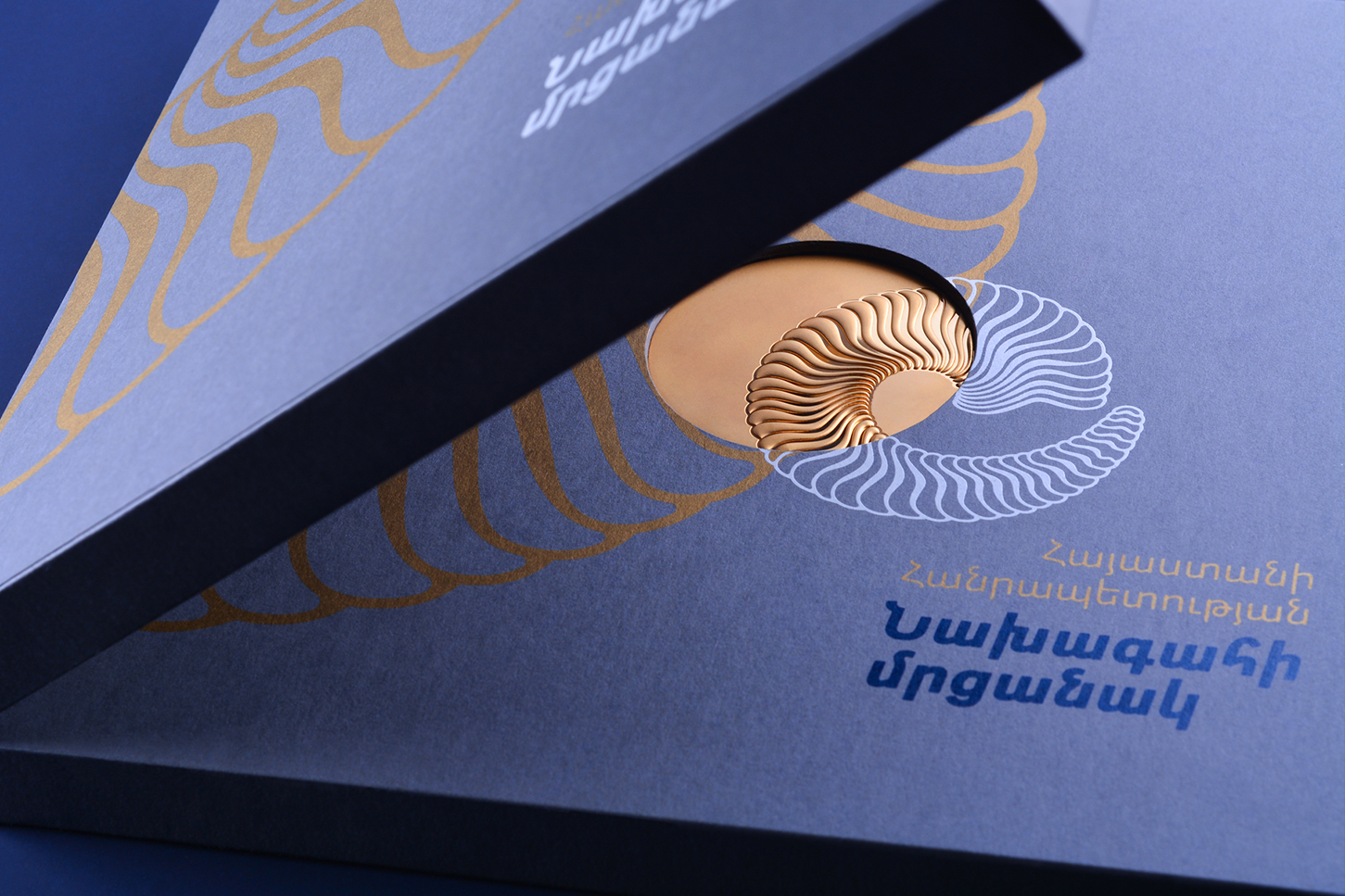