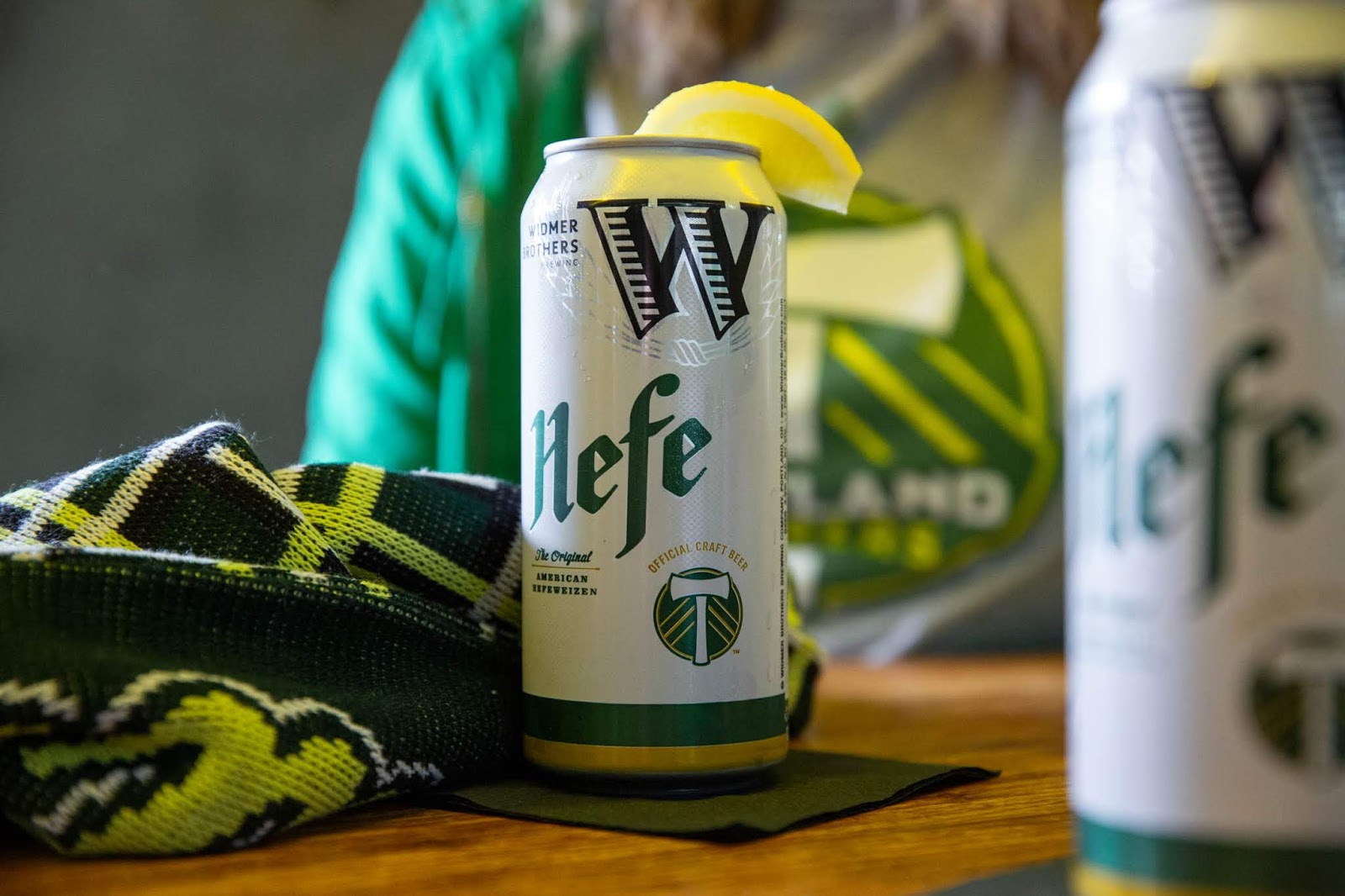 For a city that loves its beer and soccer club, Hefe – “The Official Craft Beer of the Portland Timbers” and nine-time Great American Beer Festival (GABF) medal-winner – is now in new Timbers home jersey-themed cans to celebrate the long-running partnership.

“We’ve been a proud partner of the Portland Timbers for almost 20 years, and we’re thrilled to continue that tradition,” said Rob Widmer, co-founder of Widmer Brothers Brewing. “If we know one thing about Portlanders, it’s that they love craft beer and the Portland Timbers. We’re excited to bring these together and wrap Hefe in a new Timbers kit.”

To celebrate the new cans, Widmer Brothers will host a launch party on April 27 at Tilt’s northwest Portland location, featuring axe throwing, Timbers swag, ticket giveaways, and, of course, the new cans of Hefe while you watch the Timbers take on Toronto FC beginning at noon.

From the June Timbers home opener through the end of the 2019 MLS season, the limited-edition 16-ounce cans will be available at Providence Park, bars throughout Oregon, as well as at grocery stores in four packs.

Over the decades, Hefe has elevated Widmer Brothers Brewing to national acclaim, with the beer winning 12 GABF and World Beer Cup medals. It most recently won a bronze medal at the 2018 GABF Awards and back-to-back gold medals at the Oregon Beer Awards in 2016 and 2017, and is still the top-selling craft beer in Oregon.