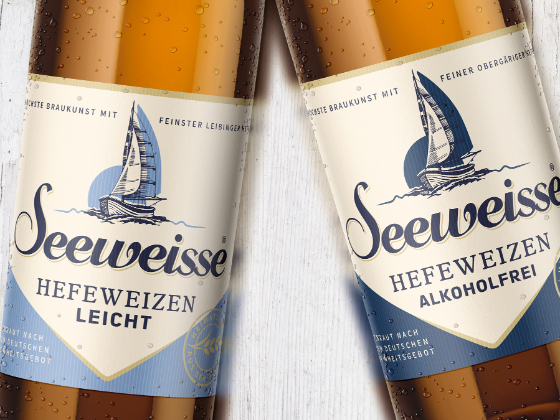 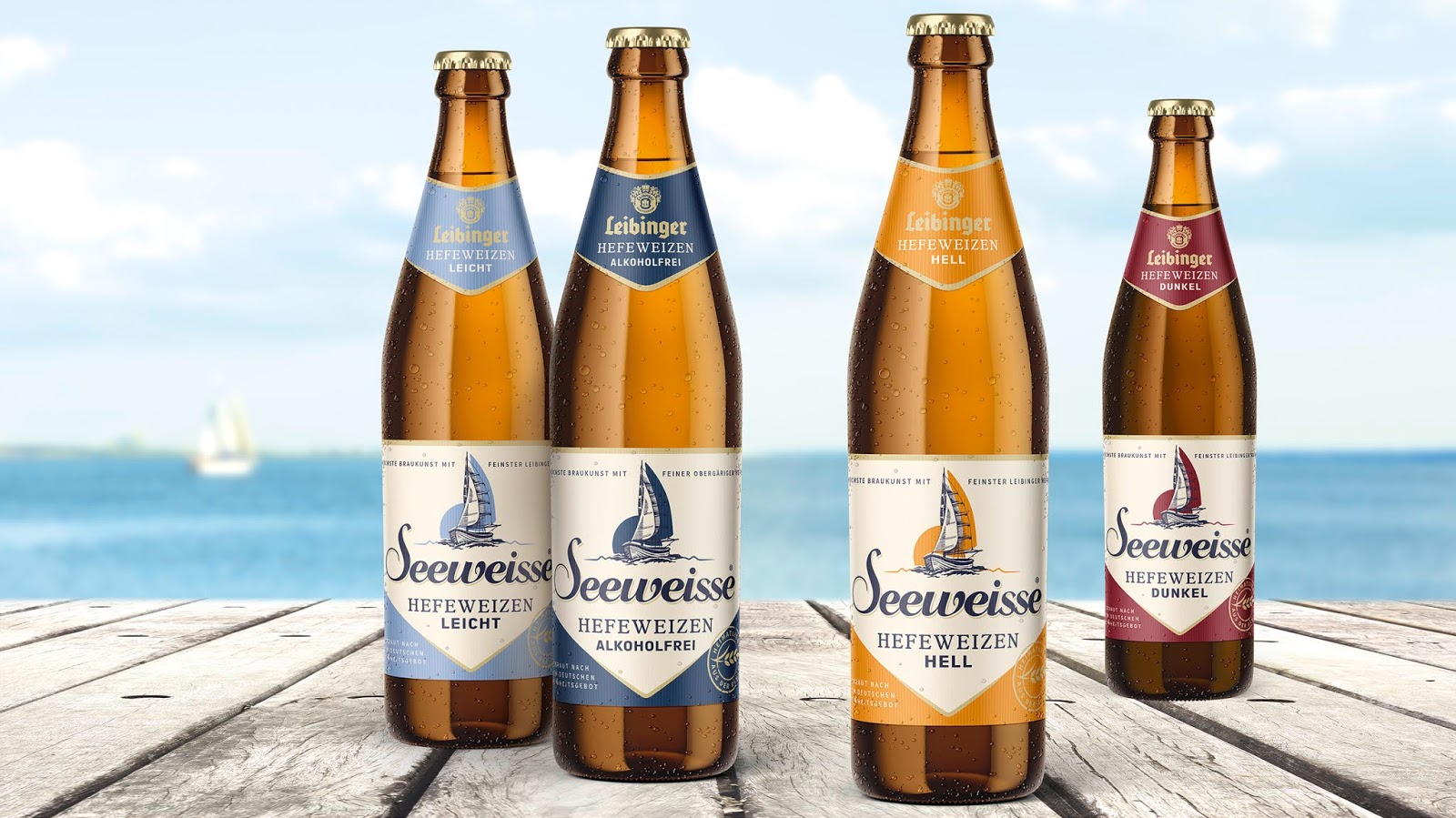 The wheat beer range „Seeweisse“ of Leibinger, the local country brewery Ravensburg, is the most favourite beer in the gastronomy around Lake Constance.

The aim of the relaunch of the Leibinger Seeweisse-Range was to represent the brand core “Lake Constance, Sailing” in a focused and handcrafted way to strengthen the uniqueness, topicality and attractiveness.

In the course of the Leibinger Seeweisse relaunch, the label design as well as the label shape were comprehensively revised: the well-known diamond shape became a basic element in the design and was re-interpreted in a straight-lined and striking way. In addition to the neck loop, it offers plenty of room for a clear flavour-differentiation with a modified colour spectrum which is based on the original design. 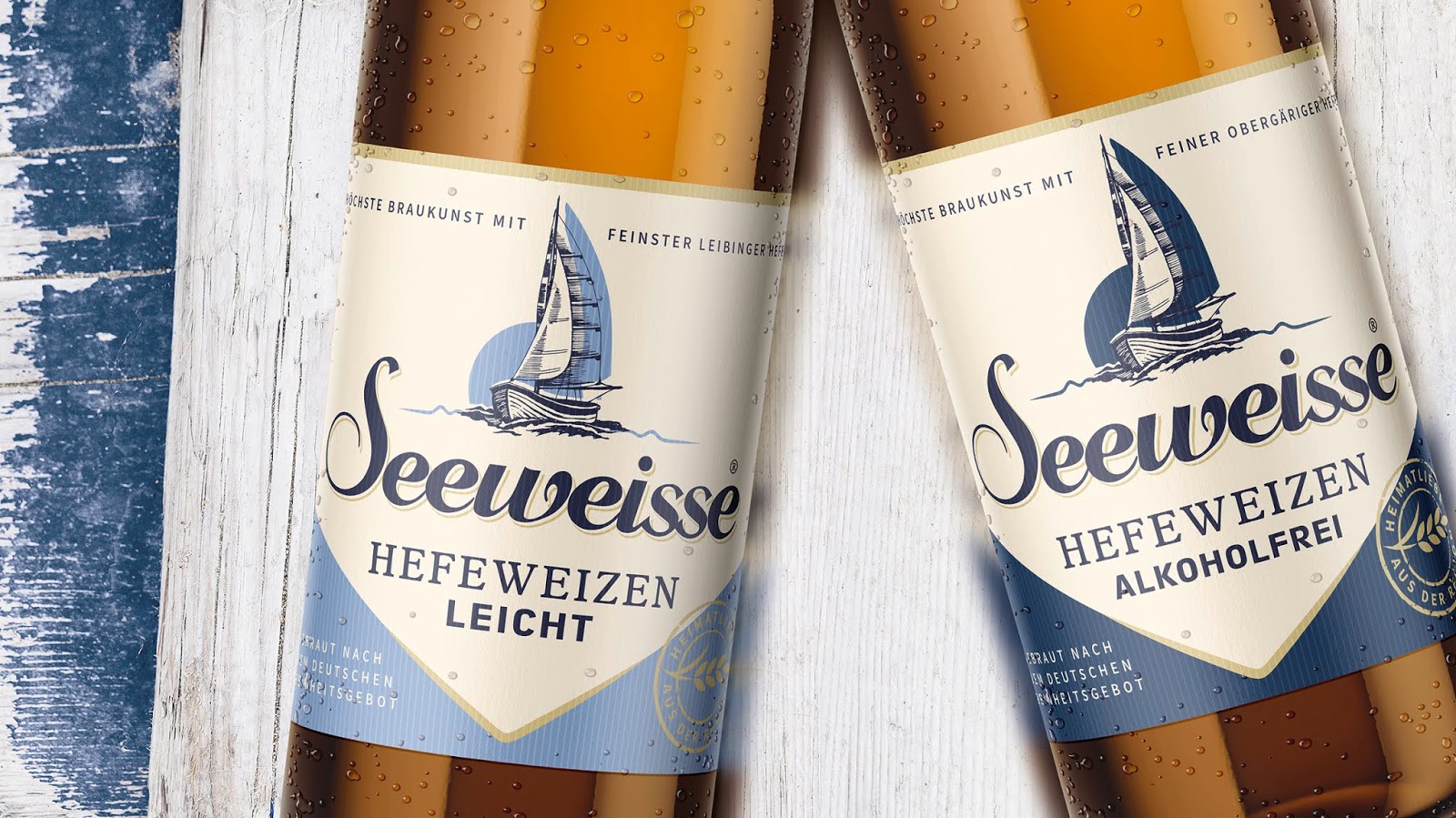 The photorealistic image of the sailboat on the lake has been replaced by an illustration greatly reduced in its details. The Seeweisse brand gains a new visual focus with the sailboat. The Seeweisse lettering has been retained and colour matched, whereas light and shadow effects have been removed for clarity. The sailboat and lettering in the new design form a strong word/image mark and become the prominent center of design. Associations with the beautiful Lake Constance are awakened and the recognition of the brand family significantly increased.

The reduced style of the new design in interaction with the matt, slightly structured and uncoated paper provide the Leibinger Seeweisse range a qualitative look – tradition and regional craftsmanship are contemporary and self-confident. 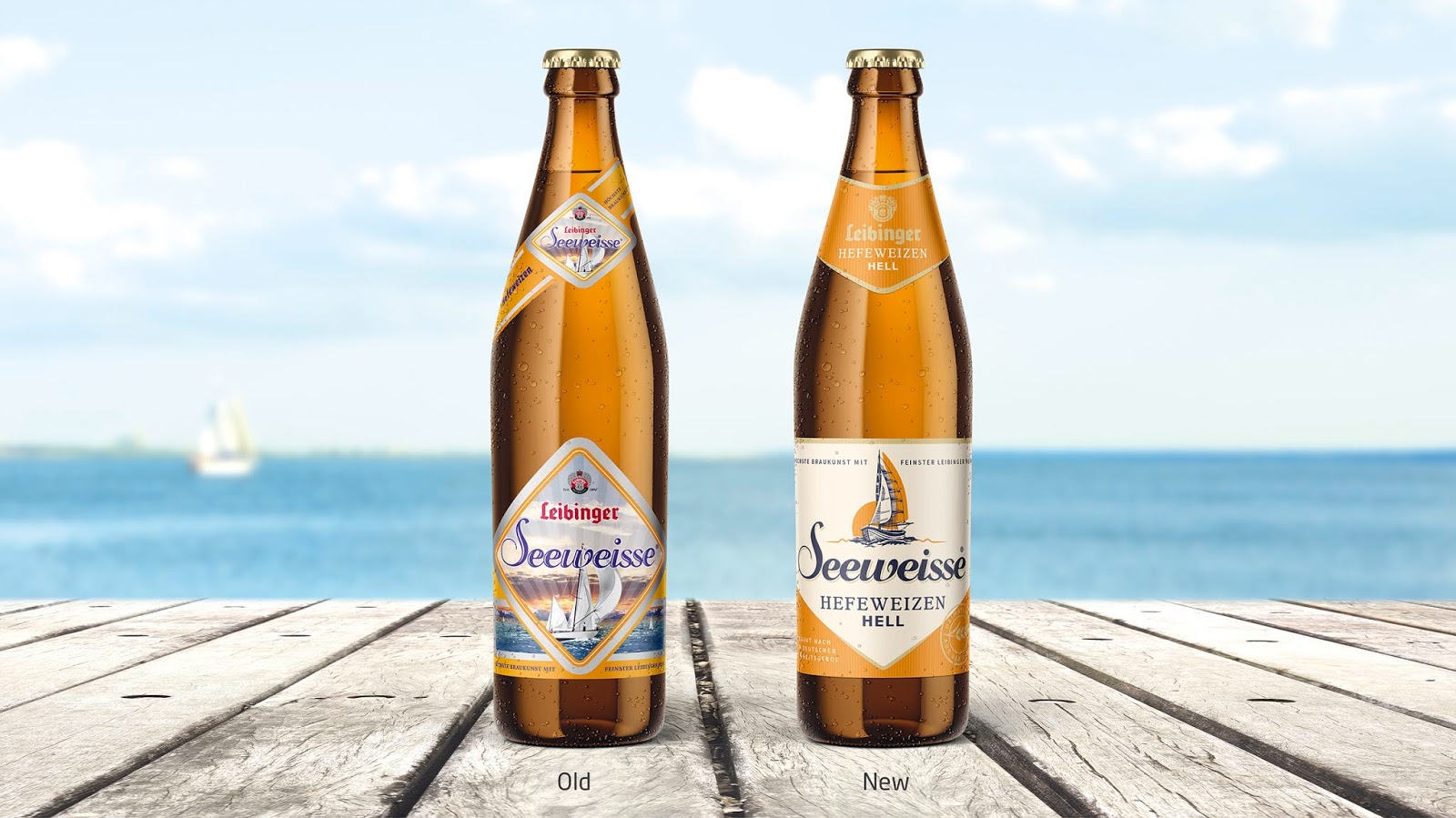 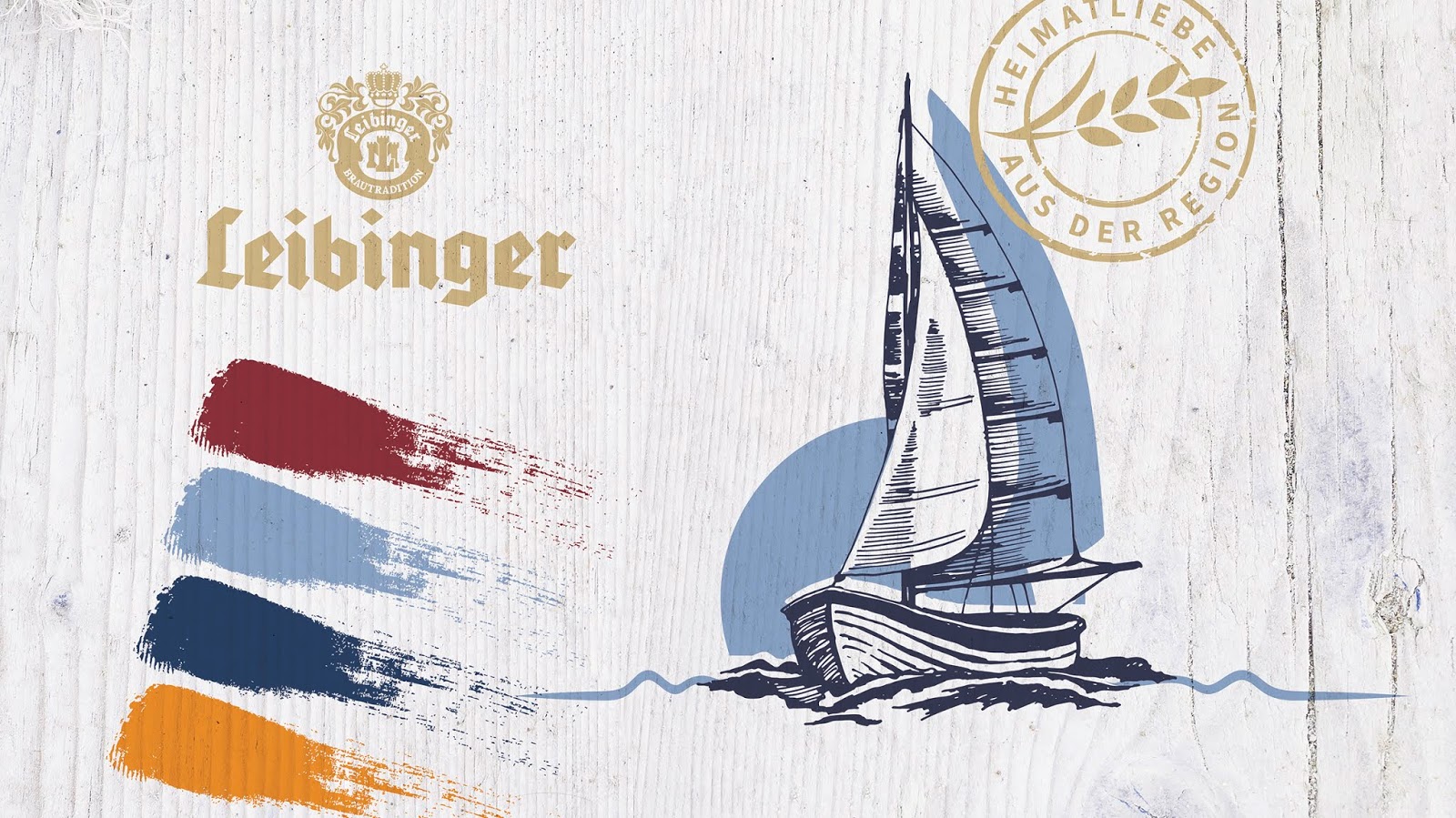