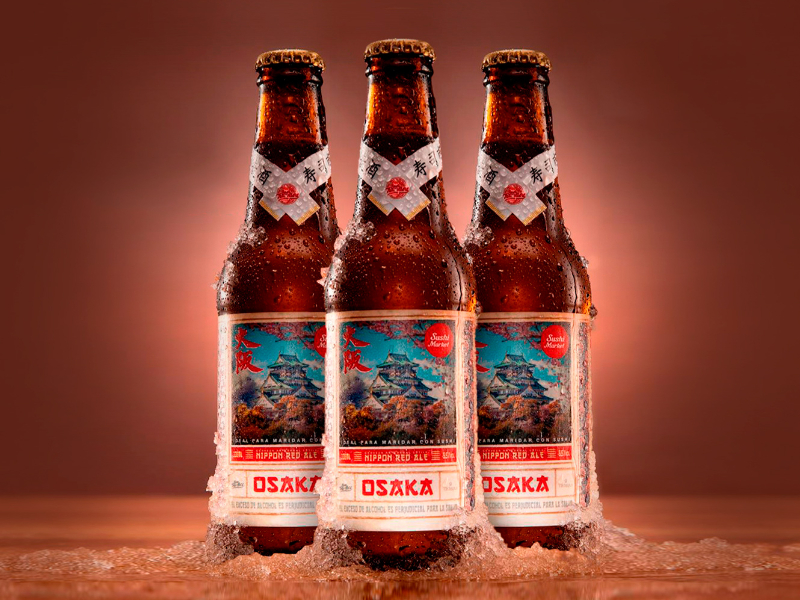 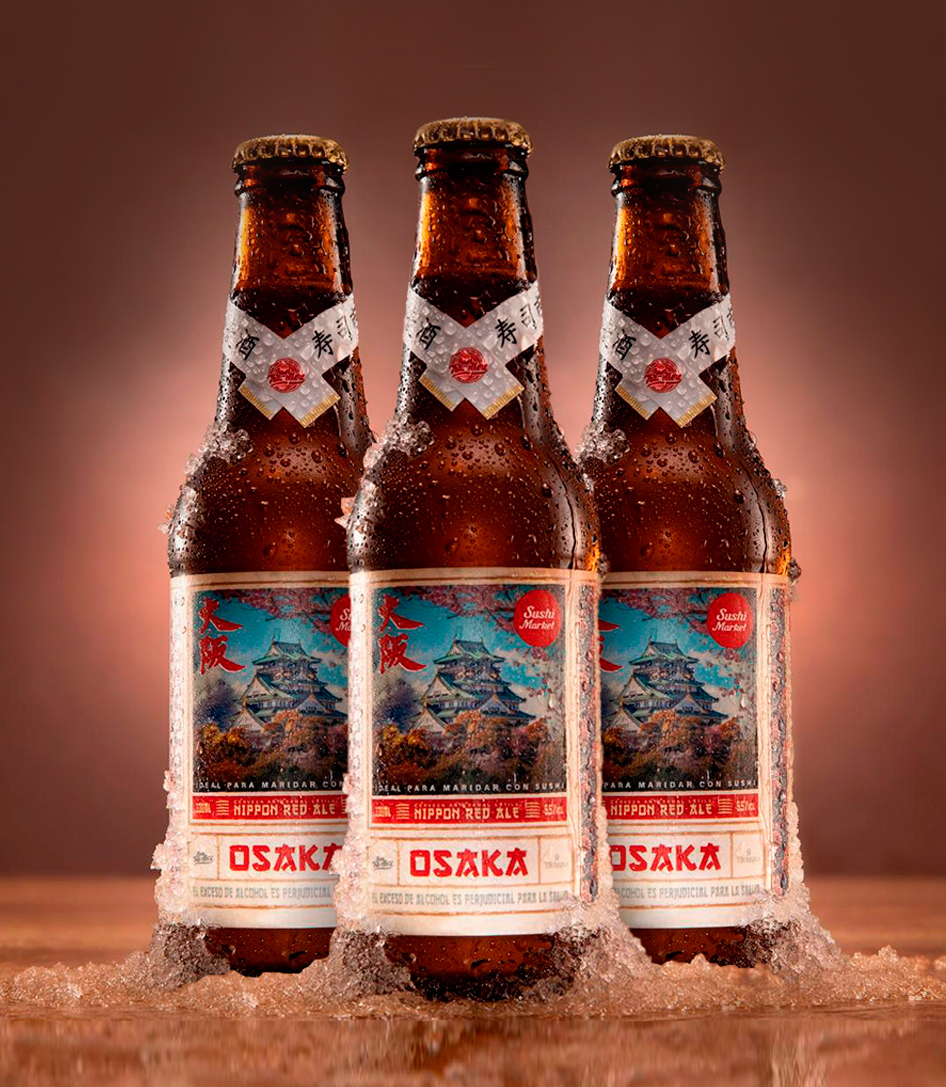 This project started with the intention of creating a unique craft beer that perfectly pairs with sushi. To achieve it, not only an amazingly brewed beer was needed but also the branding needed to reflect a Japanese inspired product that looks and feels ancient and luxurious .

For this project I researched about the origins of beer in Japan, where and how it was marketed and the socio cultural landscape at that time in Japan. In parallel to that a survey was conducted in which people had to pick 10 graphic Japanese cultural elements out 100. The results of that survey were crucial to decide the details that would give the Japanese feel to the design. Elements like the tie on the neck of the bottle which symbolizes the belt in a kymono and also the belt on a taekwondo “dobok” were a clear result of the design choices that came out from the research.

Finally the name of the beer (Osaka) and it’s label represent the city with bits and pieces of the story that is behind one of the best food pairings ever created, Beer and sushi.

What’s Unique?
The beer was designed and brewed with the only intention of becoming the best pairing for sushi. As the beer will only be released under an exclusivity contracts with Sushi Market, one of Colombia’s largest Asian restaurant chains. 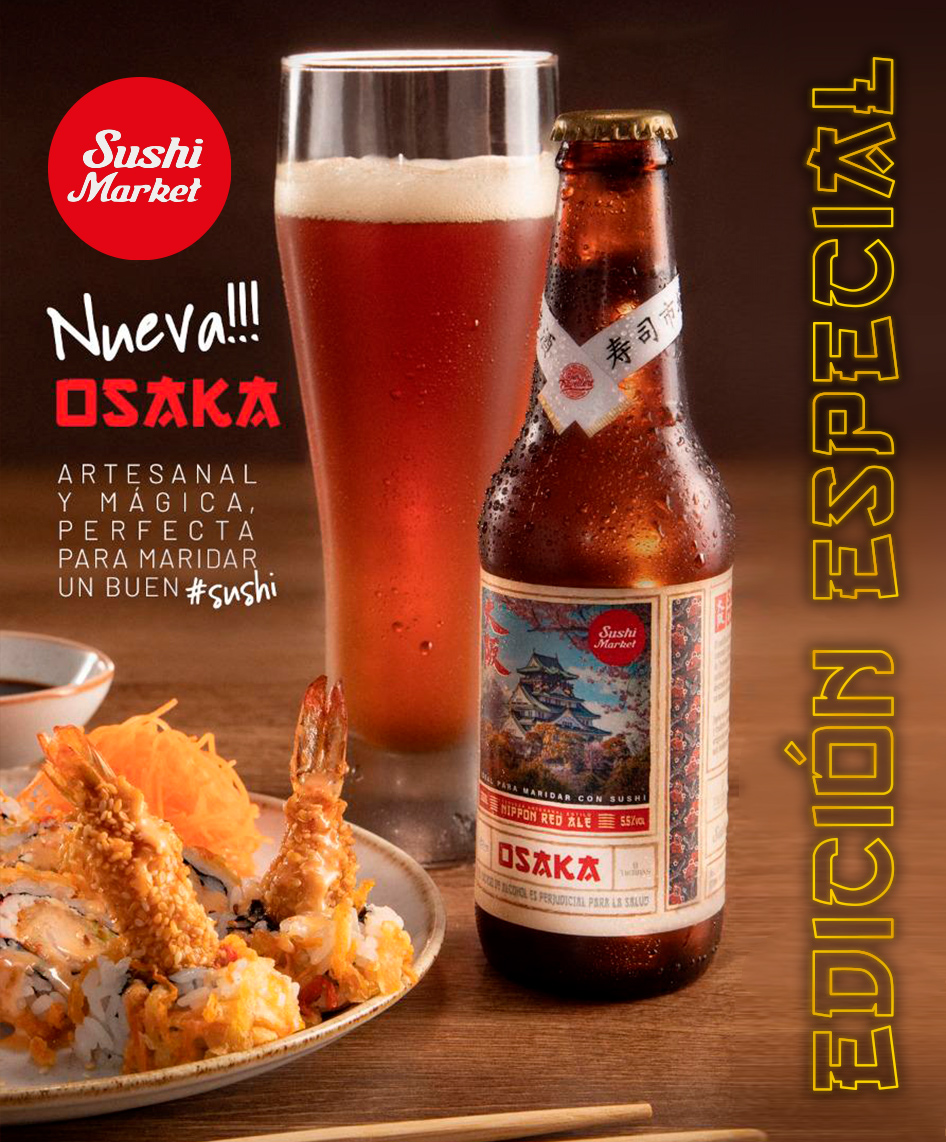