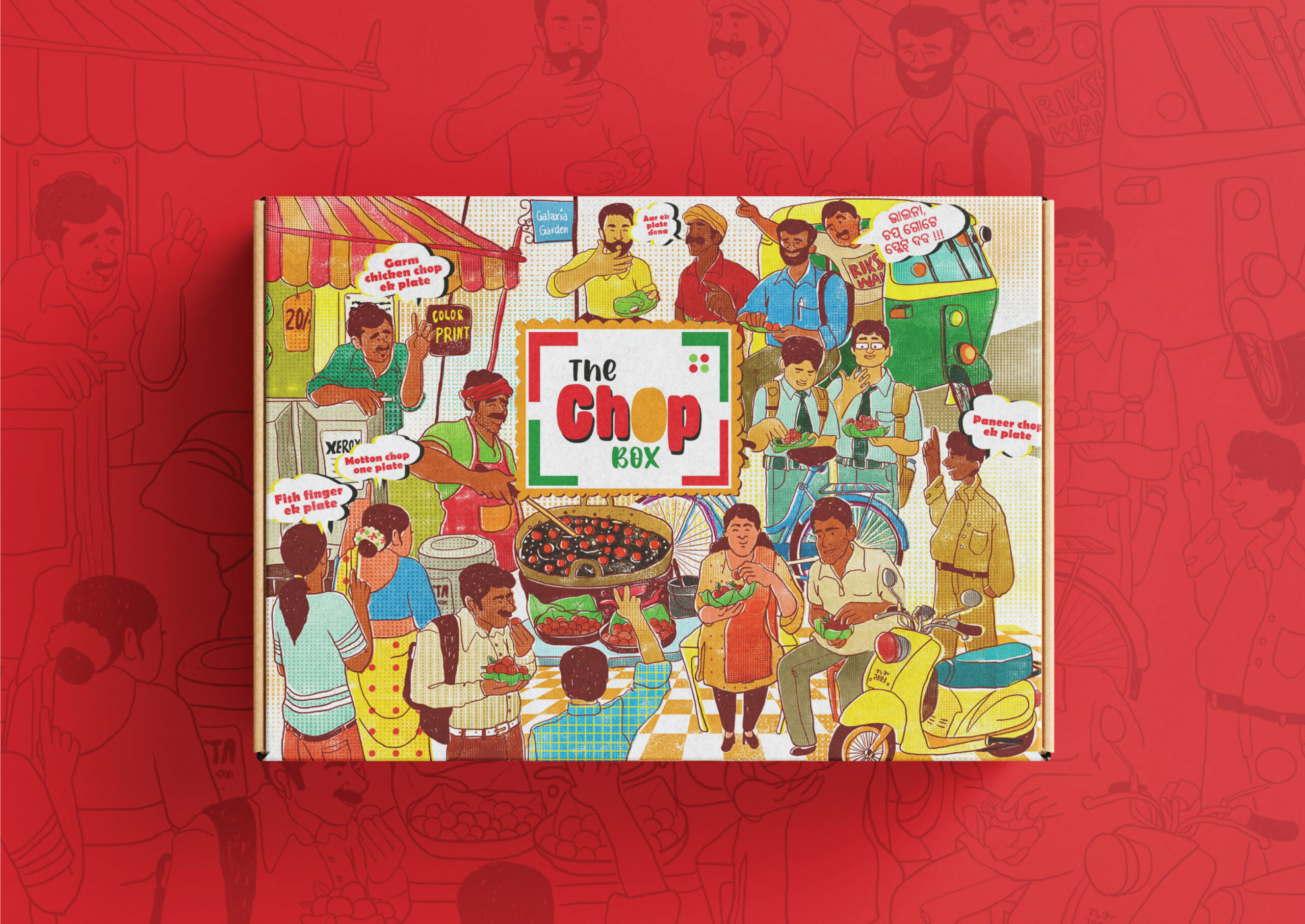 India is a densely populated country and with large population comes in different kinds of cultures, languages and most importantly different kinds of foods to meet the demands of everyone, with the ever-increasing population the street food scenario in India has also become really important, one can find vendors from North India selling amazing street food in the Southern part of India and vice versa. Due to these factors, there has been a rapid rise in street food snacks and affordable daily meals to cater to all needs in less time and money spent.

In India, you will always notice a flock of people around street vendors during breakfast, lunch, evening tea time and during dinner time. All though they are open throughout the day but during the peak hours when everyone is in a rush there is a big gathering at these stalls and everyone wants to just get their favourite dish soon, so they can have a quick meal and get back to work, this observation of ours is what became the main inspiration for the illustration based design on the box, we wanted to create this busy street food stall scenario which is a very common sight for people here and everyone can relate to the emotion behind the design. The daily hustle and a quick tasty snack are what keeps everyone fueled up and motivated.

The chop box serves delicious varieties of Chops. Chops are one of the most favourite street foods of the eastern part of India like West Bengal, Orrisa, Bihar. Chop is quite like cutlet or croquettes recipe. But both are quite different in taste and texture from each other. Many people consider Chop as an Anglo-Indian recipe. According to them, when the British came to India, they used to have breaded deep-fried meat and eggs. With time, these recipes got modified in the Bengali kitchen with regional flavours and using different types of vegetables and fish in addition to meat and eggs. In this way, different types of chop recipes got invented in Bengal. Vegetable chop recipe aka Bengali vegetable chop is one of them. There are different varieties of chop recipes that are prepared. One of it is the vegetarian one that is prepared with different types of vegetables like aloor chop, vegetable chop, raw jackfruit chop aka echorer chop, mochar chop aka banana blossom chop and many more. On the other hand, nonveg chop is mostly prepared with fishes, eggs, minced meat like prawn chop, mutton chop, chicken chop, egg chop, fish chop etc.

Chop is such an emotional snack for people growing up in the city, as kids everyone use to go shopping with parents during festivals and while returning a visit to one of our favourite street vendor was always fixed and the joy that used to bring to us, the hot snacks, waiting patiently for our turn because there was always rush in these shops, those were the golden days and street food is for everyone people who are sad, people who are in a rush, people who want to just eat something delicious,in so much chaos also one can notice that everyone has finally found some kind of satisfaction after having something they enjoy and our aim with this design was to connect everyone emotionally to these joys and memories. 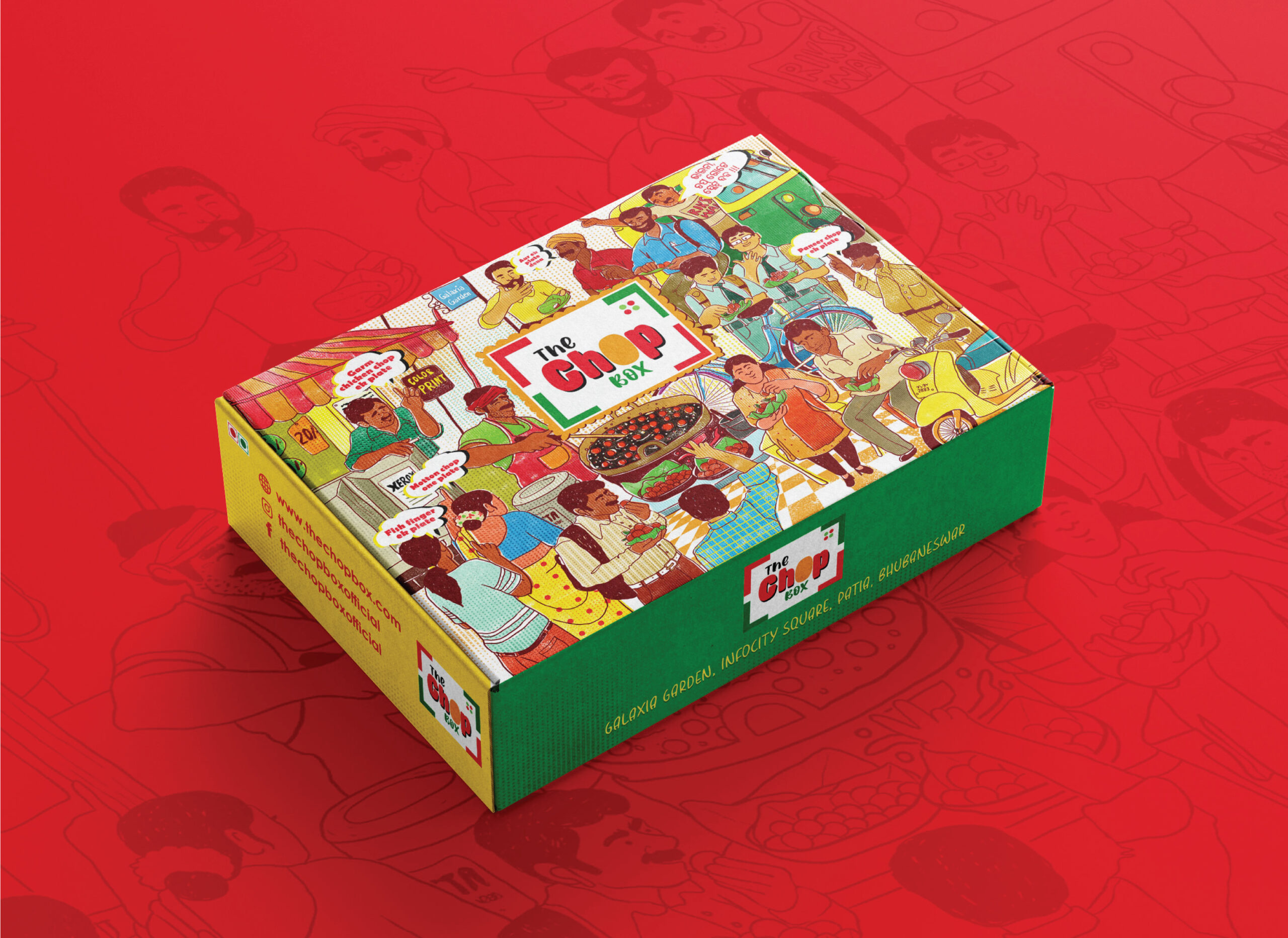 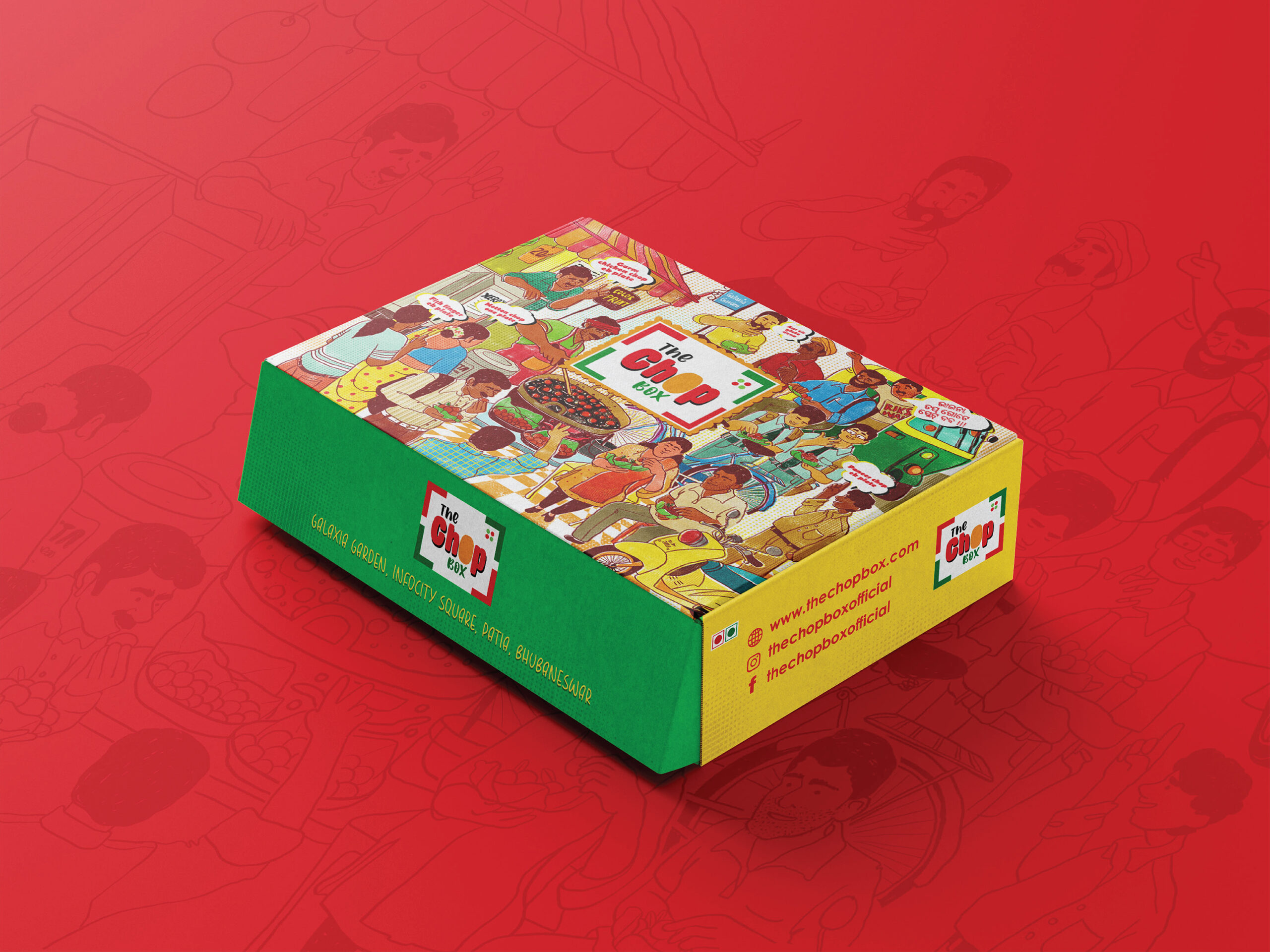