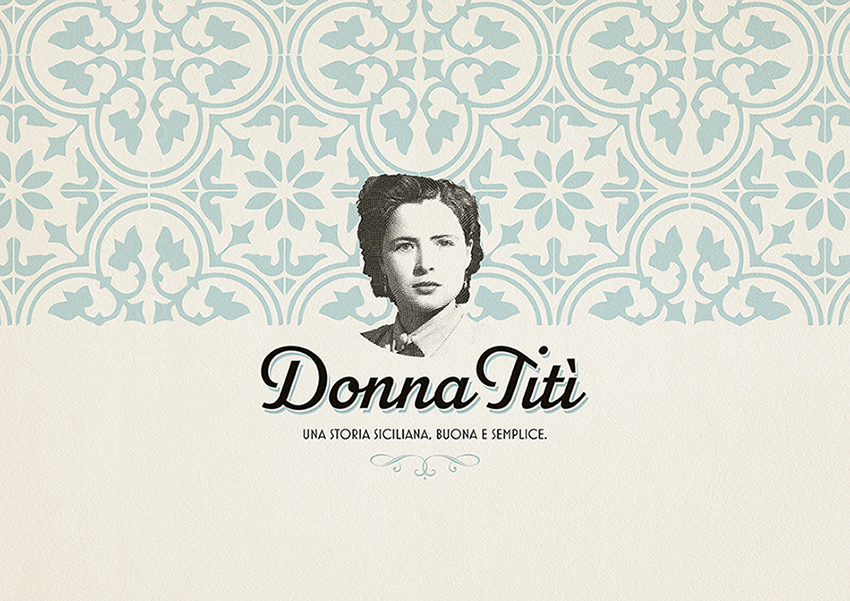 DONNA TITÌ / BRANDING “Titì! … Titì! … Titì arrived!” “Abbanniata” she echoed in the fields when it was lunchtime and announced the refreshment. She came out suddenly on the back of the mule, with the baskets in the “canceddi”, full of busiate with meat sauce. Nobody made homemade pasta like her, Donna Titì took the party to the fields and the hard work, for a moment, was sweetened. This is how Donna Titì entered the myth on the back of a mule. Her culinary deeds become a legend and are passed down orally to the present day. At that time, in the countryside of Santa Ninfa, in Sicily, it was not customary to write recipes in a notebook, but they were handed down verbally, from mother to daughter. Donna Titì’s branding project aims to give shape to this legend, true identity and a plausible narrative, which starts from an old photo and the recovery of a “perfect recipe” to prepare fresh pasta and meat sauce. Through the line image of Donna Titì, the search for typefaces, iconographies and colors typical of her time and the use of natural paper for the packaging, we intended to give shape to the myth. 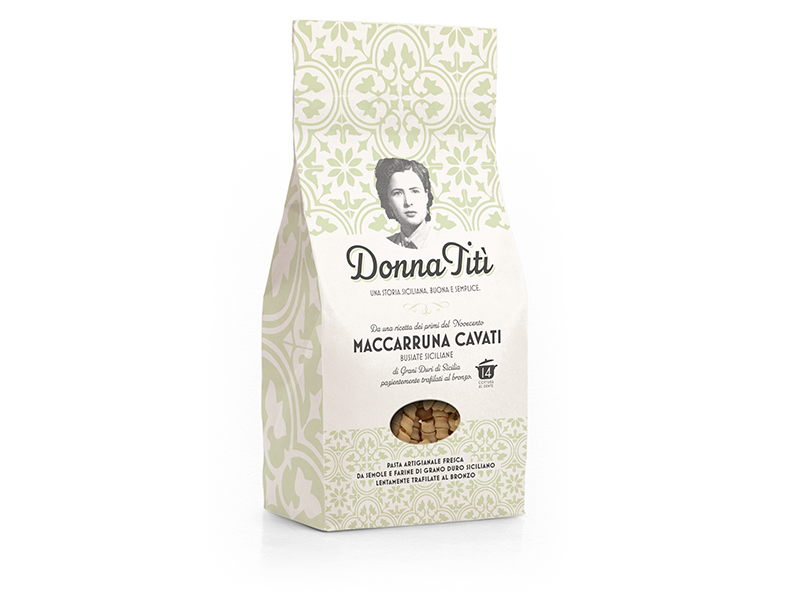 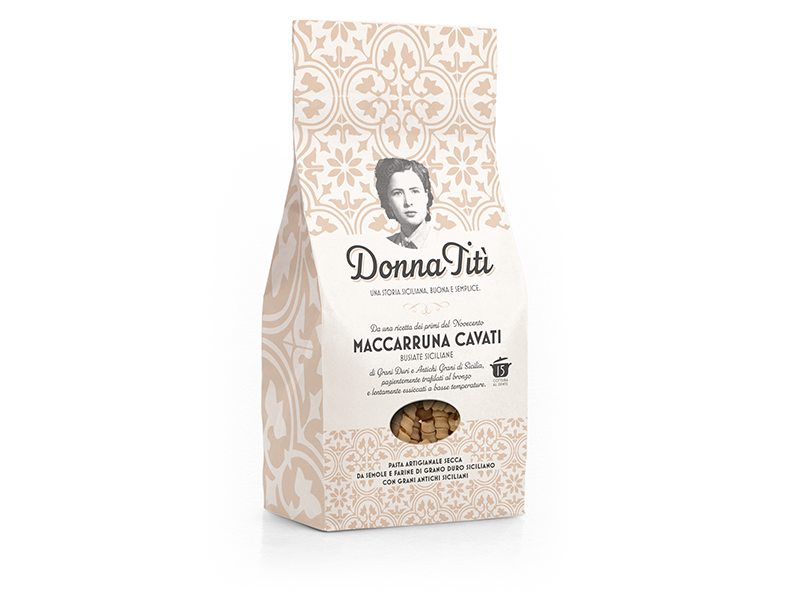 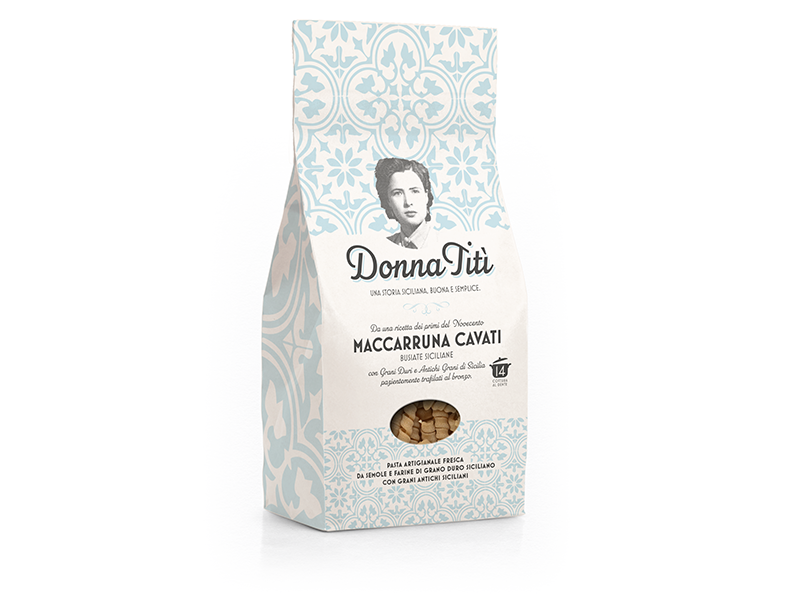 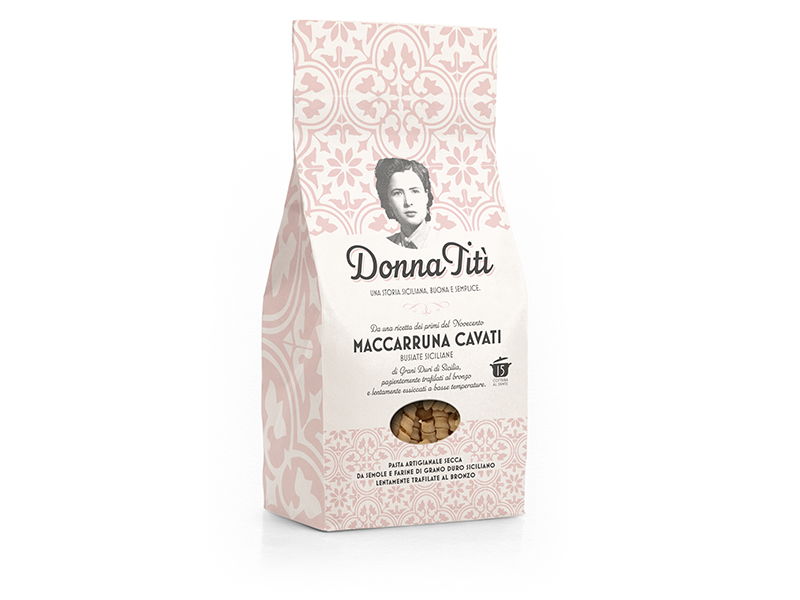