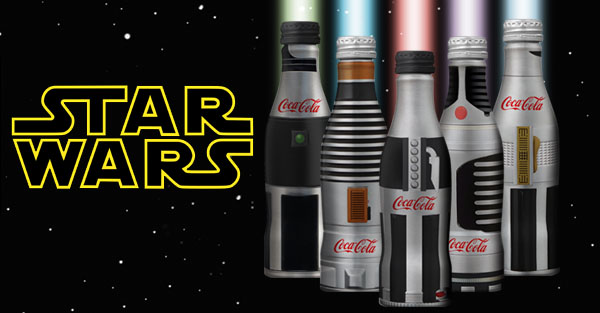 The Coca -Cola brought to you in a very distant galaxy , the light sabers from Star Wars movies. Just add 3 caps of the promotion, trade for laser and mount in its aluminium bottle. Collect !

This is a conceptual project that aims to unite two of the biggest icons of our pop culture: Coca-Cola and the Star Wars saga; and consists of a promotion to celebrate the release of the next film. The aluminium bottles of Coca-Cola are printed and simulate the famous lightsabers of the George Lucas franchise. After joining some caps, consumers can redeem for a retractable laser made ​​of plastic and assemble in your favorite bottle. But it is important to warn that the laser does not light of truth.

A promotional campaign to collect and play!

What’s Unique?
The union of the two biggest pop culture icons and never done that way.