In 2008 I was originally approached by the agency Level Studios in Los Angeles to create the logo design and overall look and feel for a line of iced teas, aimed at a 20s-30s demographic and initially male. The ideas and challenges were to celebrate peaceful revolutions throughout history and cultures around the globe specific to their regions. These themes in turn would have to resonate with each flavor by color, and the imagery would tell a story about the revolution and/or locale. The agency pitched my designs to Mark Hall, president of Monster Energy at the time. Monster Energy was originally owned by Hansen’s Natural Sodas and was exploring it as an additional non-energy line. Mark was happy with what I presented and we went on to do 13 flavors (thus far), along with apparel, outdoor, social media and more – working with brand managers Steve Jugan & Ginger Conrad. The tea was, and still is, a huge success, gaining an even wider audience among females with ages ranging from teenagers to people in their 50’s. In 2015 Coca Cola bought Peace Tea from Monster and sells it worldwide. What’s Unique?
The level of detail, amount of colors, and illustrated style were a fresh approach to the genre, and since 2008 Peace Tea has moved other brands to mimic or do something similar in style. The can art has also inspired other artists to create unique jewelry, sculpture, and even furniture by repurposing the cans. 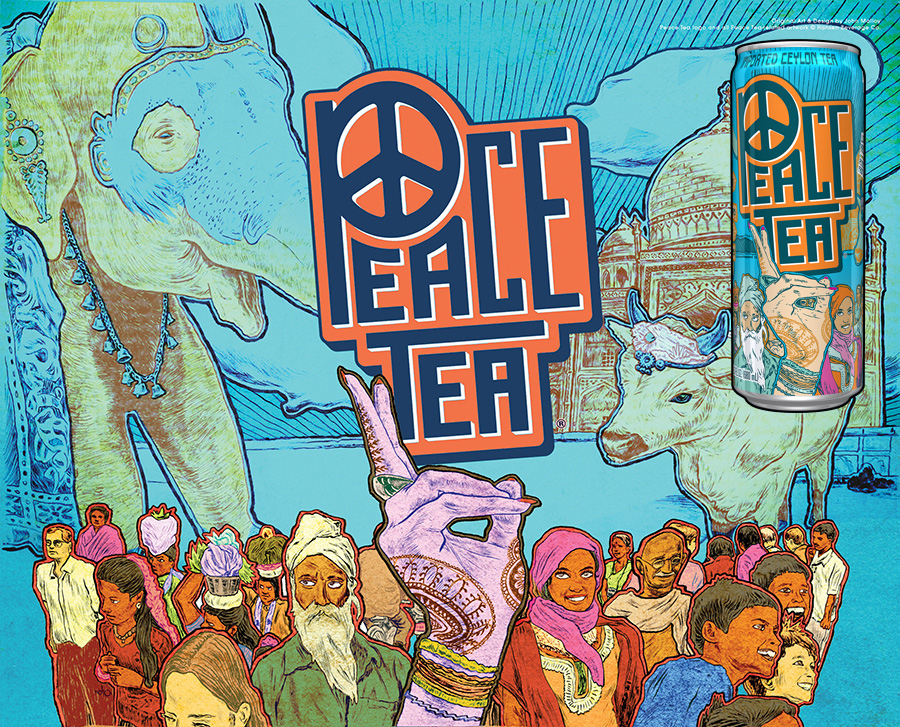 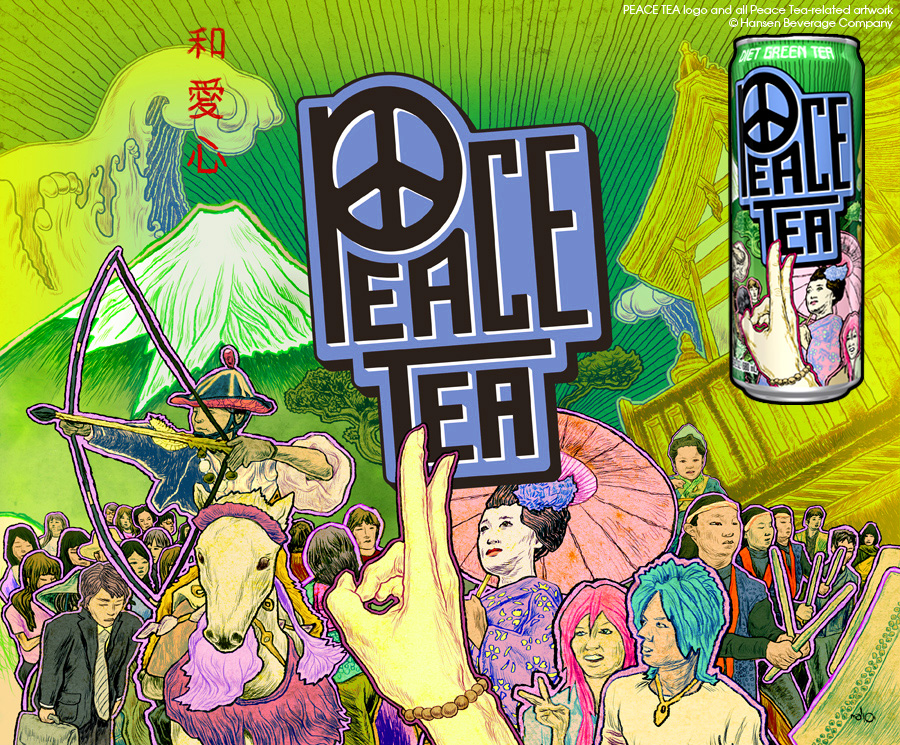 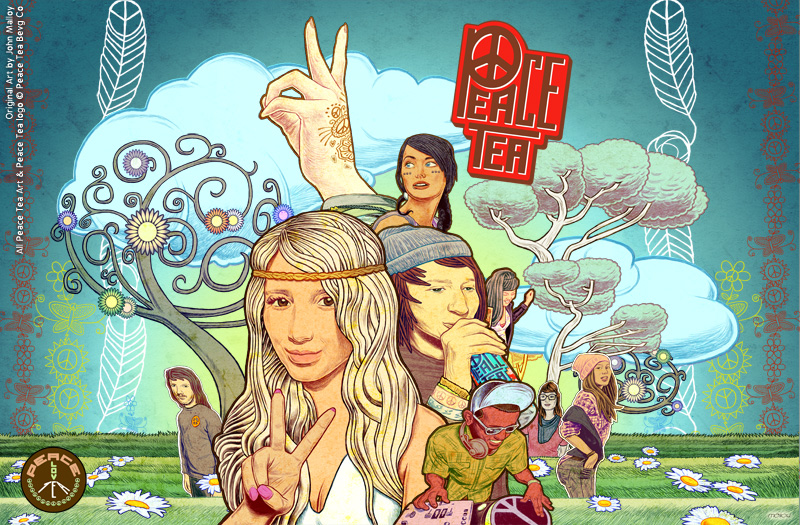 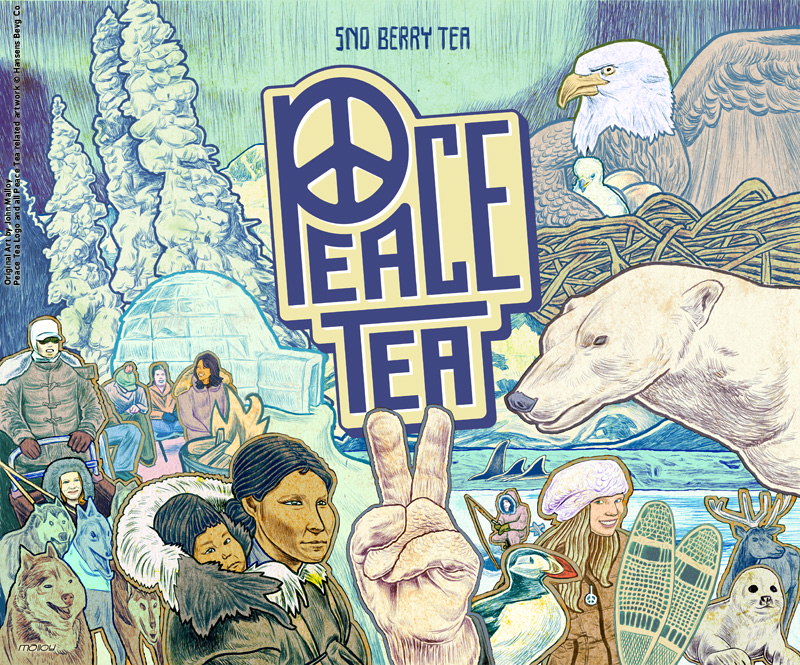 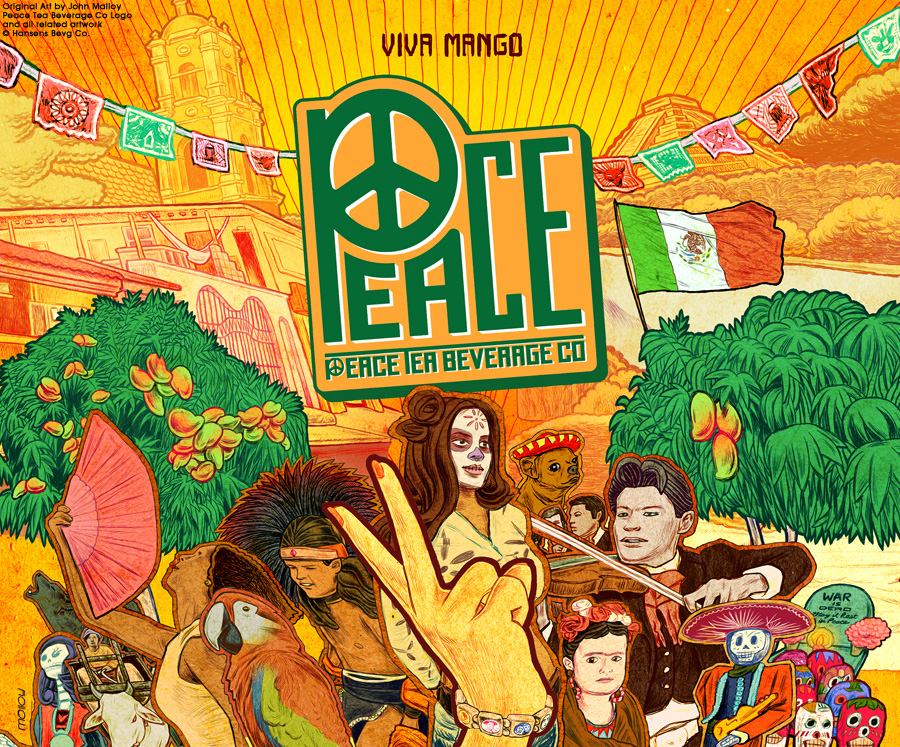