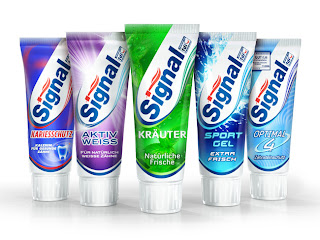 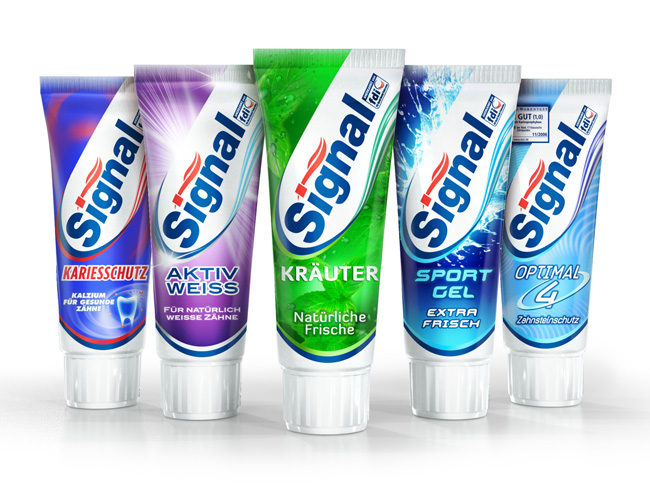 Casa Rex, Brazil’s most awarded design consultancy, has developed new packaging designs for the Signal range of toothpastes for Unilever in Germany.

All the previous artwork featured the same standard graphic elements, which made it difficult to highlight and differentiate variants at point of sale. In order to showcase the best of each product and to exploit each attribute to its maximum potential, Casa Rex has reworked the colours of the packs and created illustrations that communicate the benefits in a richer and more sensorial manner: “Where the previous images of drops had been used to symbolise refreshing aspects, now they have been replaced with individual illustrations to correspond with each toothpaste’s functional attribute” says Gustavo Piqueira, head of Casa Rex as well as the creative director of the project. “We also positioned the arc, the brand’s iconic element, at the base near the cap, which helped to create packs that were much more dynamic on shelf”.

In addition to working on the imagery for the toothpastes, the design consultancy has also restructured the hierarchy of the information on pack, removing icons that cluttered the brand area, resulting in a clean look that is fully integrated within the context of the packaging. Each variant’s typography has also been redesigned, chosen in accordance with its attribute.