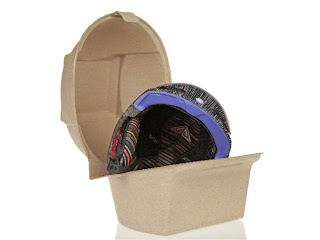 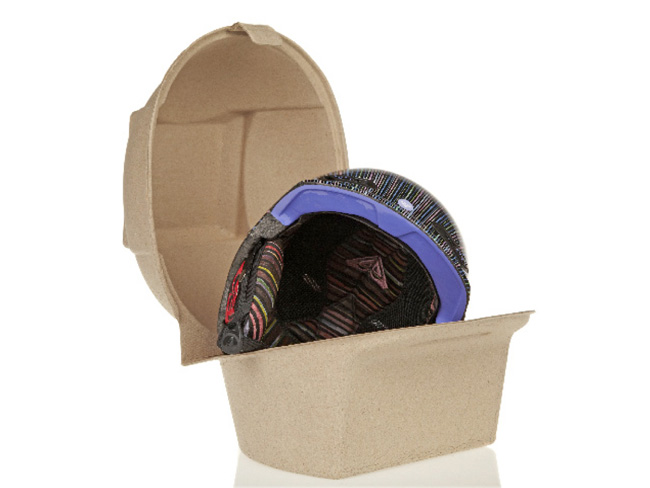 This year’s PACK & GREEN contest at PACK & GIFT attracted various competitors. The jury, made up of experts from the packaging world, selected the most innovative product from the entries provided.

The prize was awarded on the 13th of June, during the trade fair itself.

This box, made from milled cellulose is made from 100% recycled cardboard boxes. As such, the packaging is fully compostable and biodegradable and can be incinerated or reused.

The manufacturing process used to produce it is energy efficient, and its transport has been optimised. The Jury recognised the product for its ability to tick many of the sustainable development boxes: material, process, recyclability and transport. “The Helmet Box is the result of a long R&D process aimed at meeting our client’s very high standards” said Fréderic Chaput, Chairman.

The Jury awarded a special mention to Cosfibel’s Corrugated Box. Having already won two awards at previous editions of Pack & Green, Cosfibel produced a single-material box made from corrugated cardboard. The originality of the idea lies in the pleated construction and internal shape, mirroring the shape of the box’s contents. As well as the product’s recyclability and high quality, the Jury wished to highlight Cosfibel’s continued commitment to innovation.