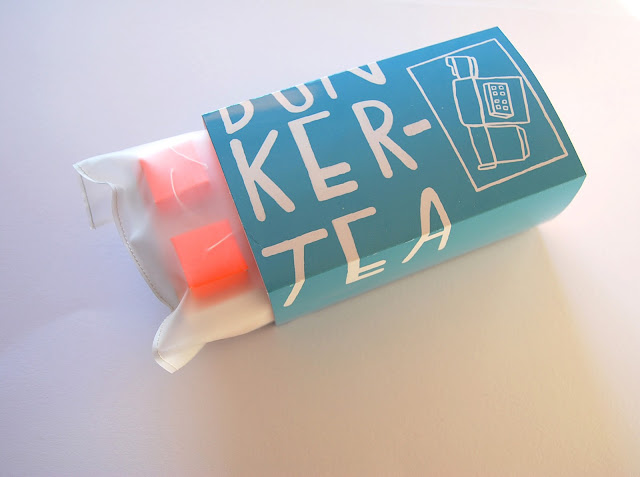 ‘ Bunker Tea ‘ – Taking inspiration from nuclear bunkers, via the glossy futuristic feel of ‘Thunderbirds’ I designed some tea packaging to reflect the aforementioned environment. A trap-door-esque sleeve slides to one side to reveal a smooth-translucent bag in which sits a myriad of wires attached to trays, mimicking a switchboard. The teabags are removed by pulling on the strings, releasing them from their individual boxes.

Tea being a staple drink of most cultures I felt that it would definitely be in high demand in a bunker dwelling, especially in the event of a nuclear attack! 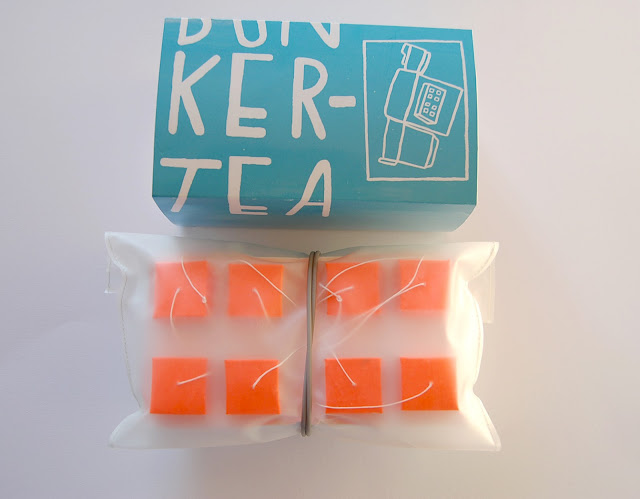