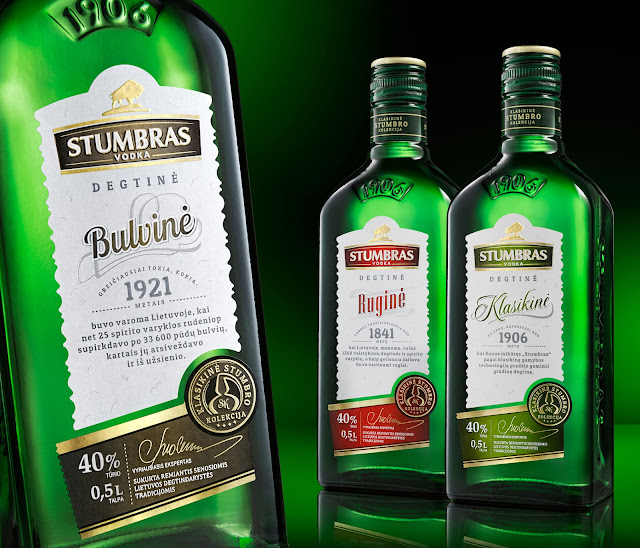 Lithuania has long been known for its excellent knowledge of the vodka production process and its distinctive method for producing it. Over the years, vodka has been distilled in Lithuania from various substances – primarily rye, wheat and potatoes. In an effort to revive the tradition of vodka making in Lithuania, AB Stumbras – the country’s largest and oldest distilled alcoholic beverage manufacturer – is introducing a collection of traditional Lithuanian vodkas. This collection, which is made up of Stumbras Vodka Classic, Rye Vodka and Potato Vodka, is produced by combining traditional production techniques with modern ones.

The Lithuanian vodka market is dominated by local, traditional vodkas. By updating our design, we tried to remain true to traditional standards, while at the same time presenting them in a modern, interesting and intriguing manner. The green glass bottle is a unique new element which reinforces the foundations of classic vodka and the brand itself, while also standing out in the competitive environment.

Dates important to Lithuanian vodka making, interesting and unique legends based on true facts, and pleasant, eye-catching details – the cut-out (curled) form reminiscent of old photographs, the slanted bar on the bottom which complements the classic symmetrical composition, and the fonts and colours which convey the identity of each sub-brand – all make the traditional vodka collection untraditional and interesting. 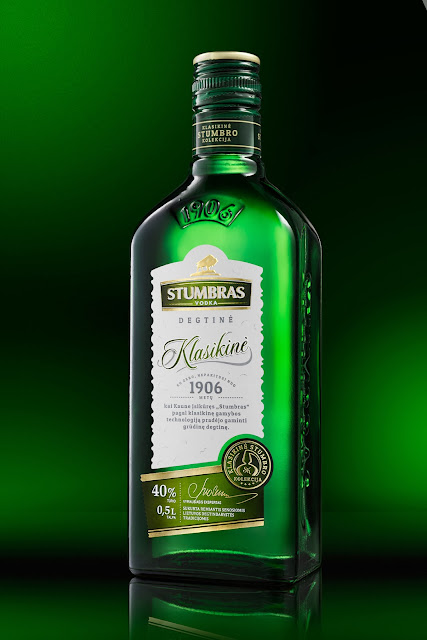 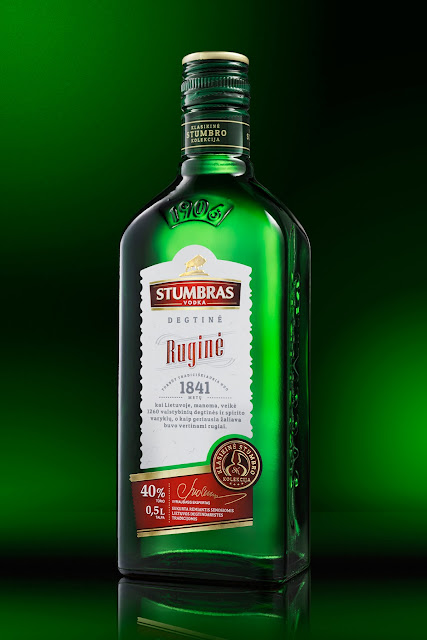 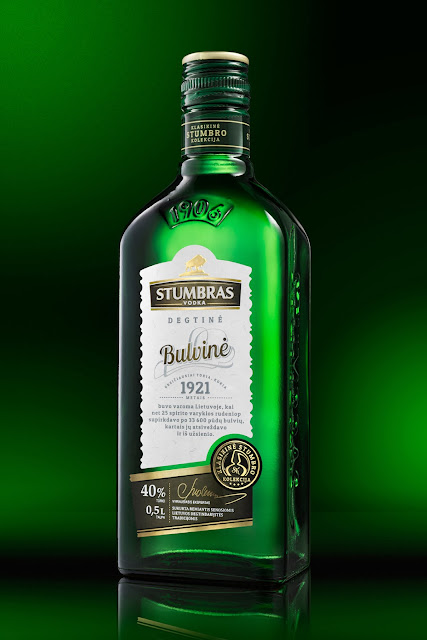