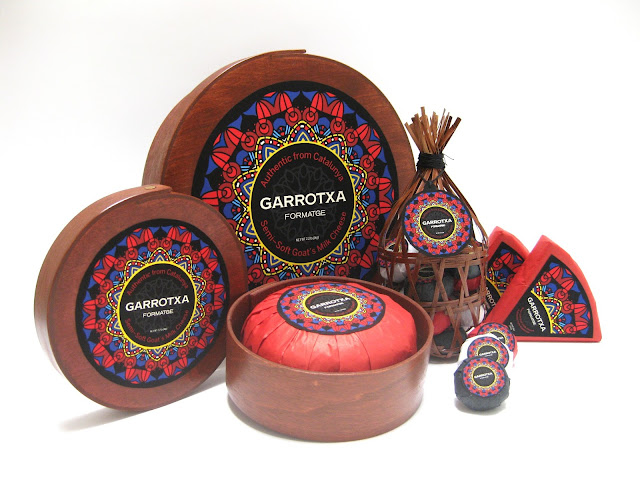 School design/packaging project where we were asked to create a line of cheese of our choosing. The project consisted of a minimum of one large round, a medium cut into 6 wedges and at least ten mini rounds.

Since I am from Catalunya, I chose a specific cheese from the mountainous region of my country; Garrotxa.

Garrotxa (also known as “pell florida”, meaning “bloomy rind” in the Catalan language), is a traditional artisanal goat’s milk cheese. It is aged in the humid Pyrenees caves in order to enhance mold development, and later on it is coated with ash which allows the development of its deep flavor.

Knowing these unusual characteristics, I decided to produce a design that it was clearly Catalonian (reminiscent of stained windows in old churches), and used some darker colors, such as dark blue or black, in order to portray the idea of the caverns and the ash. 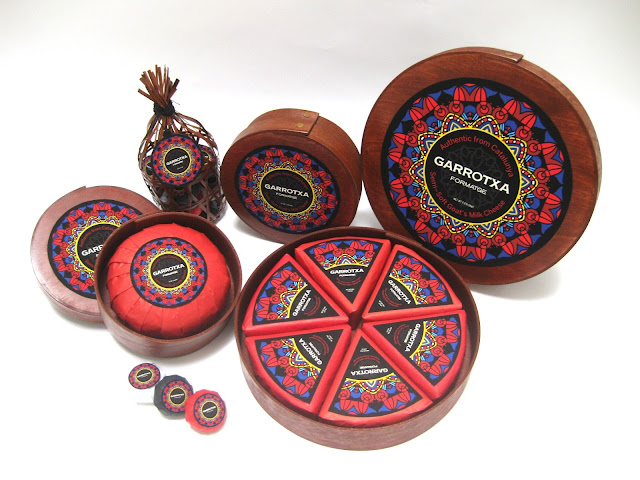 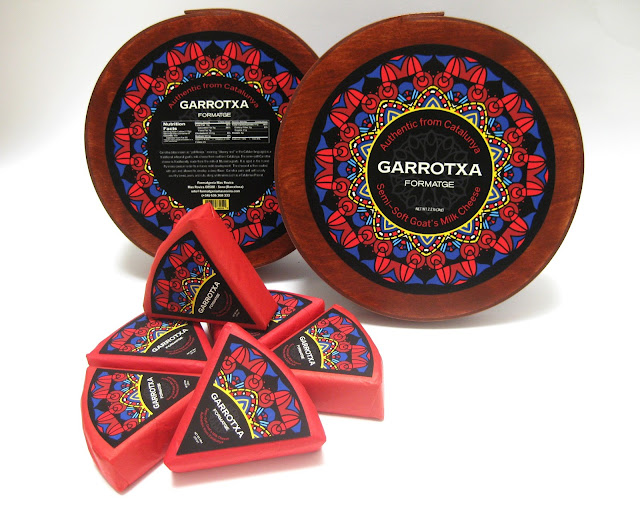 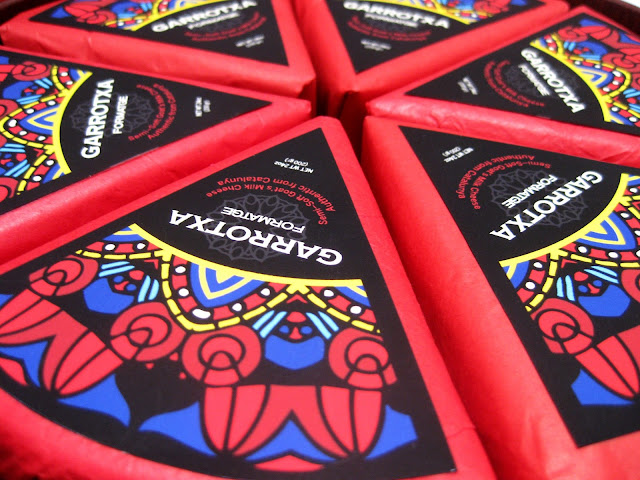 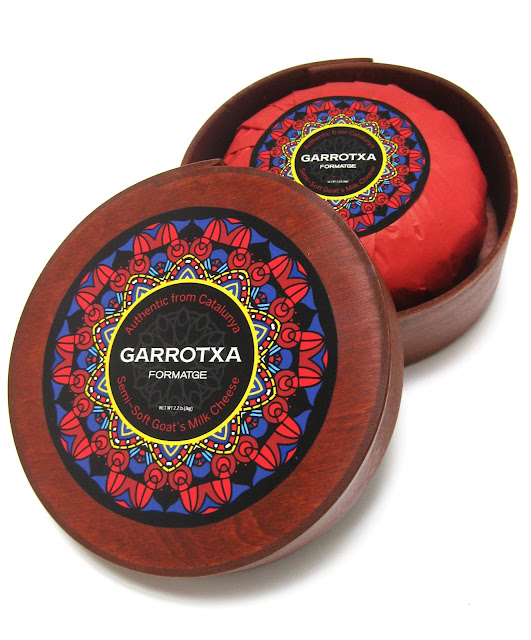 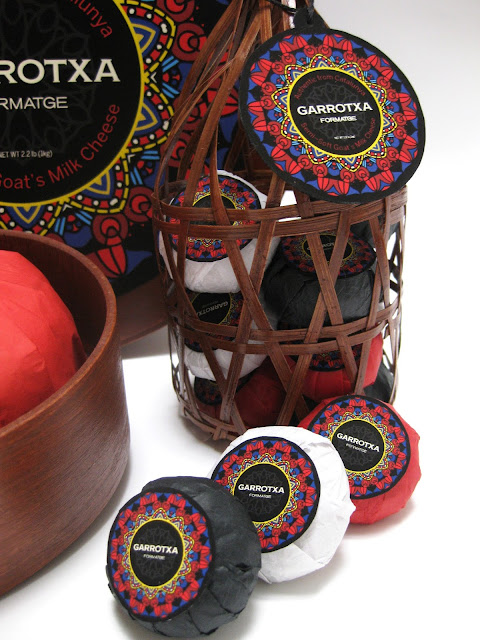