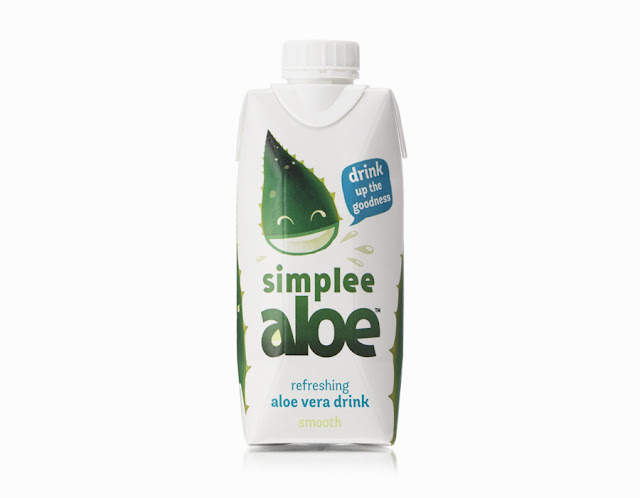 Brief
Dissatisfied by the existing aloe vera drinks available in the market, made with sugar, entrepreneurs – Alex and Raymond, set out to create a healthier alternative aloe vera drink that was made from all-natural ingredients.

With the name in hand, ‘Simplee Aloe’ they approached us to help them express their offering through a distinctive, engaging brand identity. The challenges were not only to compete against the current aloe vera drinks, but also secure listings with the big supermarkets which are stocking a rising influx of coconut water brands (as a result of the success of Vita Coca).

Solution
We helped Simplee Aloe become something more than an aloe vera drink, by positioning them as a ‘youth invigorator’. We made Simplee Aloe stand out from their competition by showing a aloe vera leaf illustrated to look refreshing – purposefully chopped to create both a droplet shape and smiley character.

We further developed brand identity with an own-able set of icons that could help illustrate various points to help educate the consumer on pack and website.

Results
Within the first month of launching, Simplee Aloe has gained shelf presence in Sainsbury’s, and a steady increase of stockists including Whole Foods, The Japan Centre and Amazon.com. 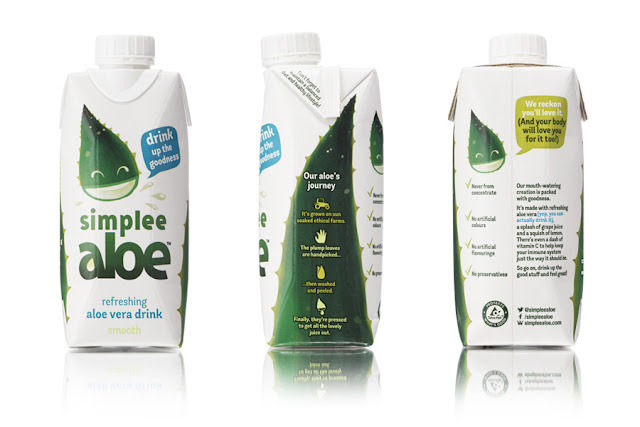 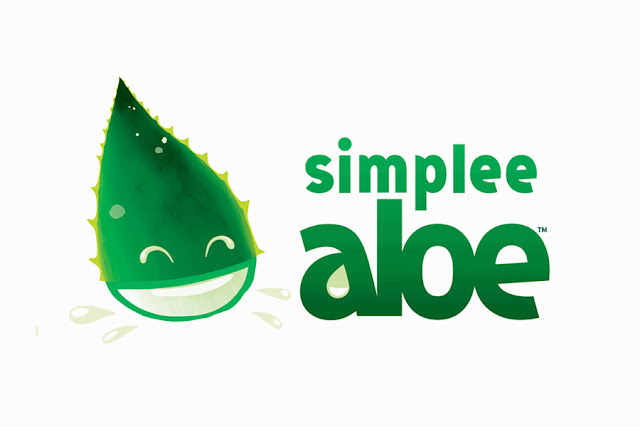 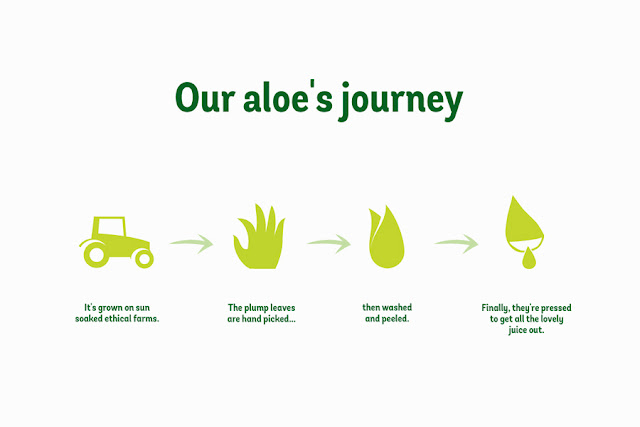 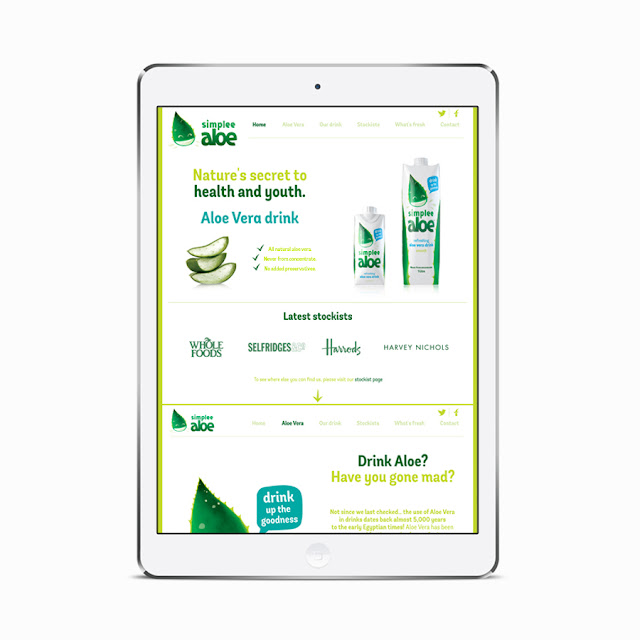