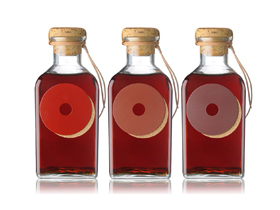 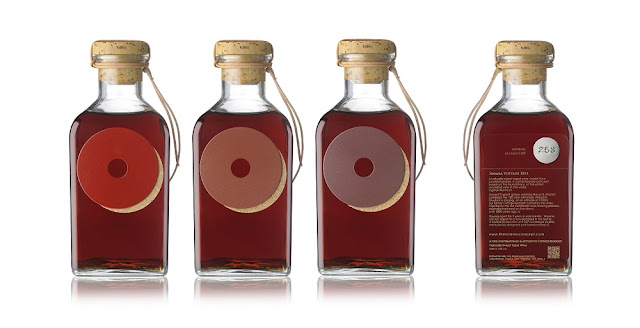 A naturally sweet aged wine, made from sundried grapes. A contemporary concept based on the foundations of the oldest recorded wine in the world, Kyprion Nama & its successor, known today as Commandaria. Ancient Cypriot grape varieties Mavro & Xinisteri compose the 120-year-old single vineyard. Situated in Zoopigi, at an altitude of 1100m, our family’s first generation cultivates the vines, inspired by the old traditional wine making process, originally mastered on the island over 5000 years ago.

An idea motivated by their common passion in reviving Cyprus’s most treasured heritage mastered on this island since antiquity and bringing it into the 21st Century. The ‘Anama Concept bases its contemporary wine concept on the foundations of the oldest historically recorded wine in the world, “Kyprion Nama”, and its successor, known today as “Commandaria”. Lefteris Mohianakis, the brand’s Oenologist, cares not only to produce a controlled amount of high quality wine, but to challenge the potential of Cyprus’s most unique product, by using modern oenological knowledge & vinification methods. On the other hand, designer Kristina Apostolou has been dedicated in designing the product’s packaging & marketing it, sealing the brand’s complete visual & conceptual identity.

What’s Unique?
To celebrate the launch of their 5th harvest, ‘Anama Vintage 2011, Kristina Apostolou Mohianakis, creative director of The ‘Anama Concept, designed & directed ‘The Palate Project’. The brief was to visually portray the complexity & richness of colours, aromas & flavours found in a glass of ‘Anama 2011. A sequence of five carefully composed photographs/moodboards were put together, each one capturing a different essence of the wine palate. A variety of food props & conceptual pieces were used in order to achieve this. The five images are titled according to the colour-theme : Almond White, Chilly Red, Cinnamon Brown, Smokey Brown & Ruby Red.

The designer was also inspired by The Palate Project for the packaging of the wine. ‘Anama Vintage 2011 is available in three label-colour variations, Chilly Red, Cinnamon Brown & Chocolate Mauve – the three main colours that can be identified in the wine.

‘The ‘Anama Concept’ is the result of an inspiring partnership between Oenologist Lefteris Mohianakis & Jewellery Designer Kristina Apostolou. Together, both entrepreneurs aspire to produce refined & contemporary Authentic Cypriot Products. 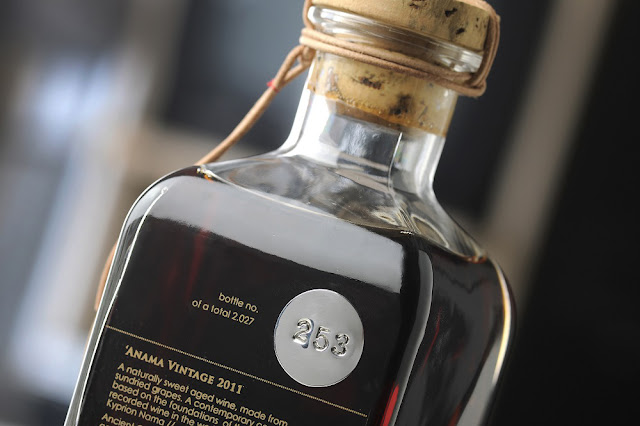 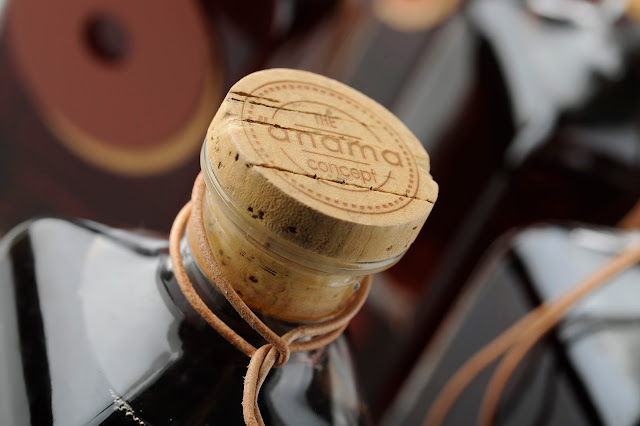 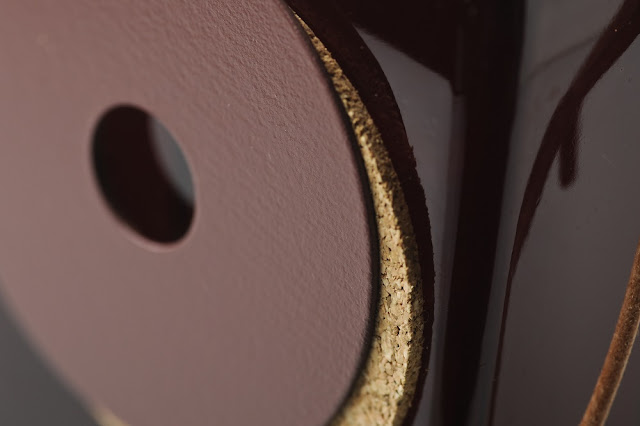 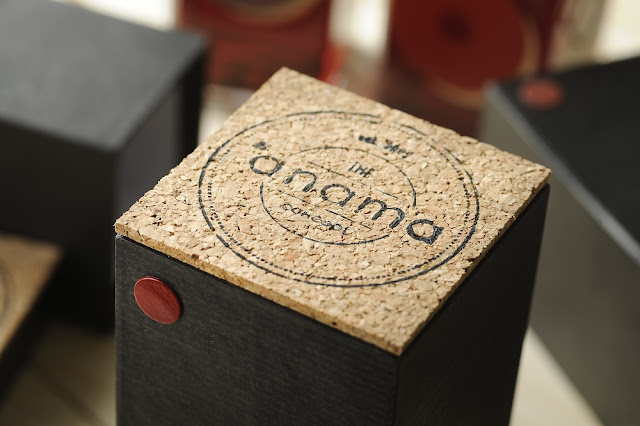 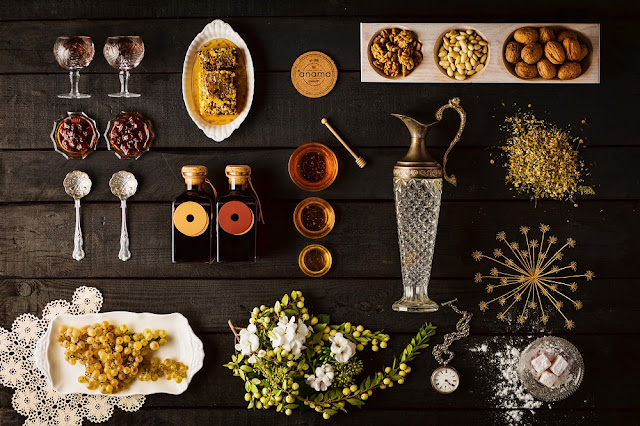 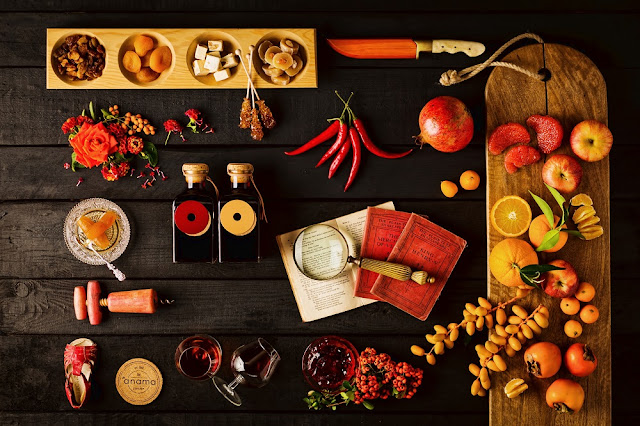 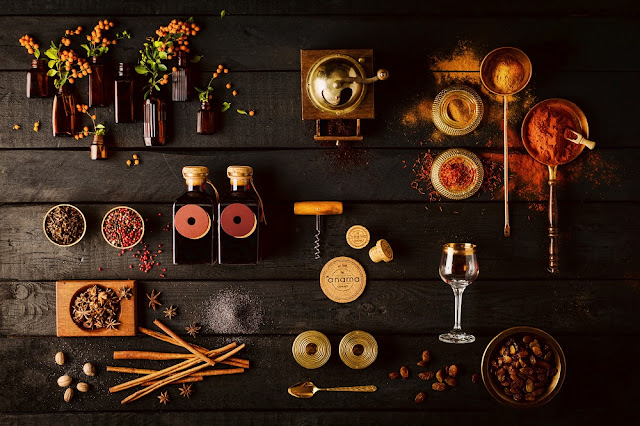 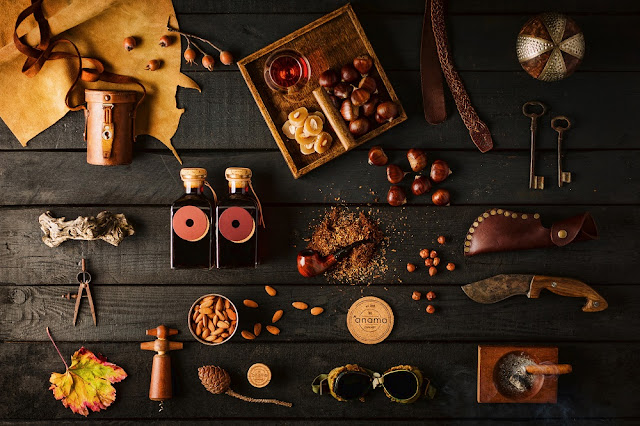 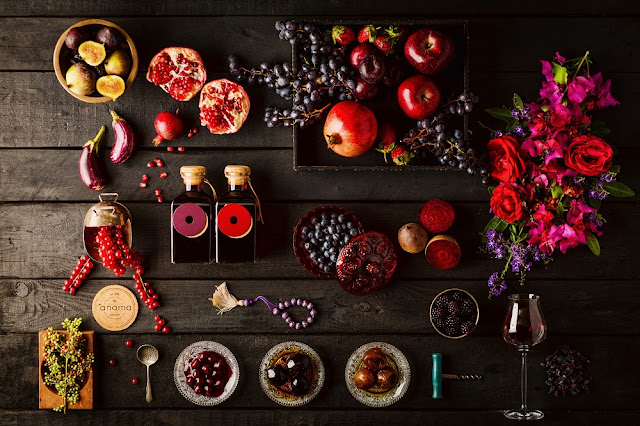