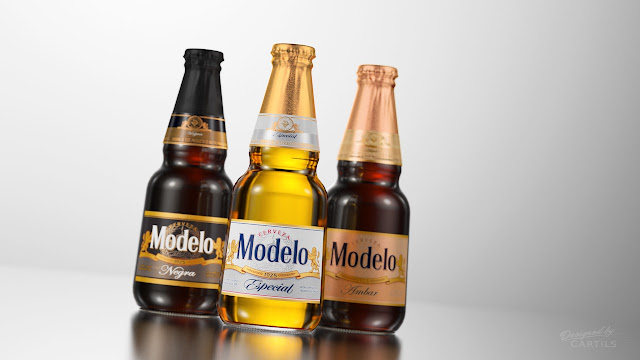 Founded in 1922, Grupo Modelo is Mexico’s biggest brewery. Part of AB-Inbev since 2013, the group produces several beer brands, and exports to more than 180 countries worldwide. First brewed in 1925, Modelo is its second most popular brand, and the biggest-selling canned beer in Mexico.

Historically there has been a limited family resemblance between the Especial and Negra brands. Grupo Modelo wanted to realign the visual identity, establishing a more immediate connection between the two and accommodate new additions to the product range, while reinforcing the premium credentials of each.

To create the new identity, CARTILS drew upon the key visual elements of the existing Modelo Especial identity, refining the detail to allow for granular translation across different brand offerings. Retaining its previous position on the label, the brand communicator was clarified, while the lions and banner have been reworked in gold to give the brand a more confident and clearly premium identity. The product descriptor ‘Especial’ has been repositioned below the banner and redeveloped in an elegant calligraphic typeface to improve the readability of the label and to ensure a defined hierarchy.

Modelo Negra’s label reinterprets the design elements of Especial to reinforce the family relationship between the two, while reflecting Negra’s distinct qualities through the application of a black background and foil to denote the full, rich taste expectation of the beer.

As a result of the project’s success, Grupo Modelo decided to seize the opportunity to debut the unified range with an extra line extension – Modelo Ambar. For the new beer, CARTILS adopted the same brand and design cues as the other two, but applied crème and golden colours for the label and foil respectively. 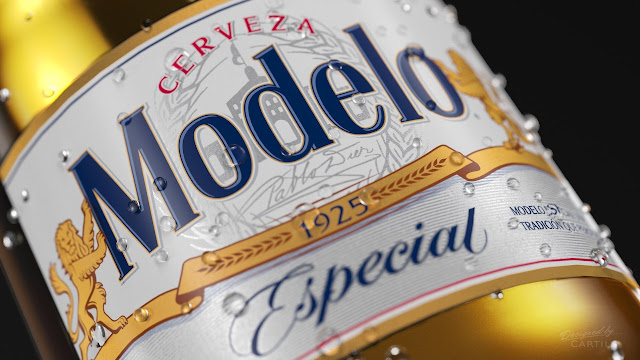 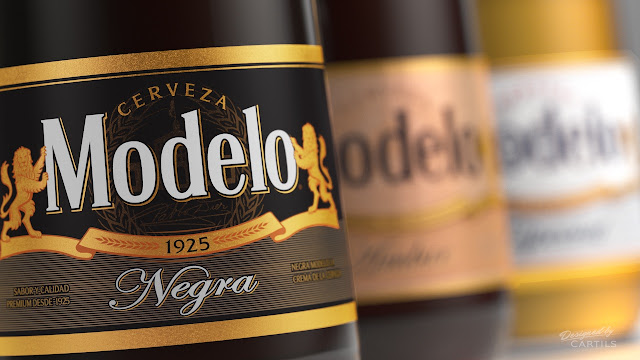 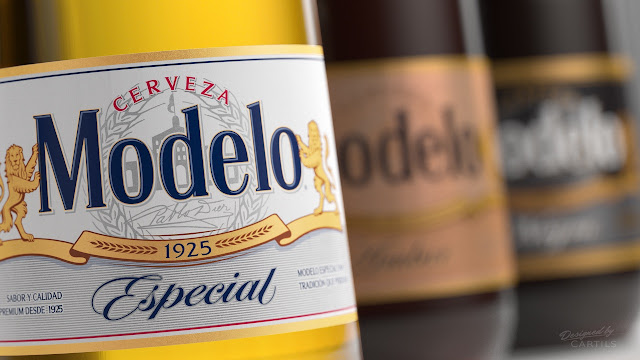