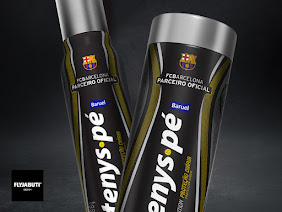 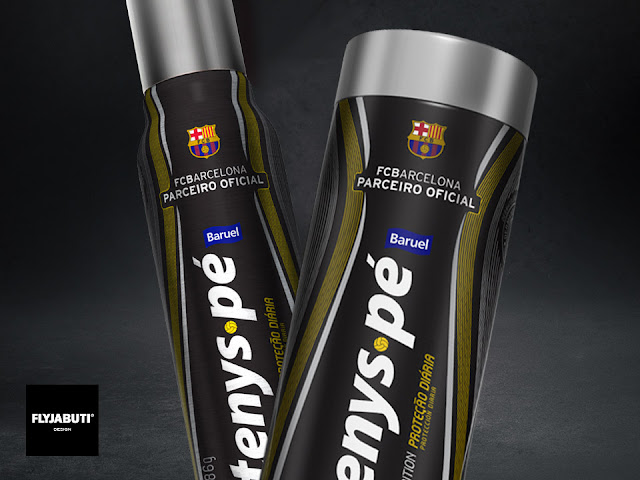 Tenys Pé is the first Brazilian sponsor of FC Barcelona and decided to launch a special package to celebrate the partnership. FlyJabuti Design was the one chosen to carry out the task.

Having our minds set to bring Barcelona’s personality to Tenys Pé, we came up with the team’s colors and black being highlighted as the main color, plus the vertical streaks carrying the team’s secondary colors, giving the package a sense of style and movement.

The team’s seal is emphasized on top of the package, right above Tenys Pé’s logo.

Besides all the unique characteristics of this limited edition, FlyJabuti kept Tenys Pé’s informational structure to preserve the brand’s visual unity.

To celebrate the partnership, a special seal was created for use on all communication material for the limited series. From now on, its campaigns will have the signature “ “Tenys Pé Baruel:o Desodorante para os Pés Oficiais do FC Barcelona no Brasil”. (Tenys Pé Baruel: the Deodorant for FC Barcelona’s Official Feet in Brazil) 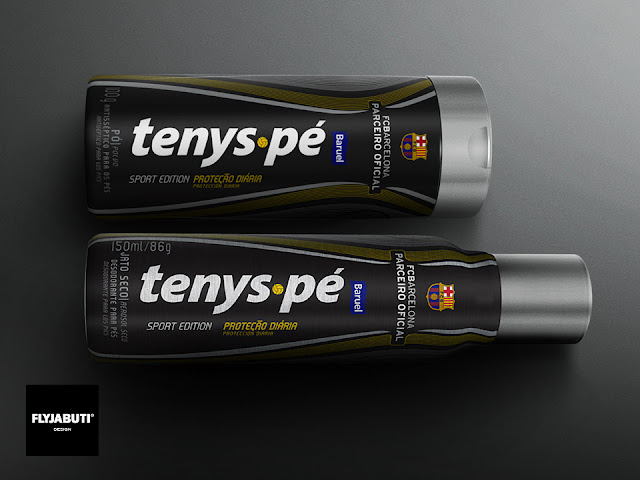