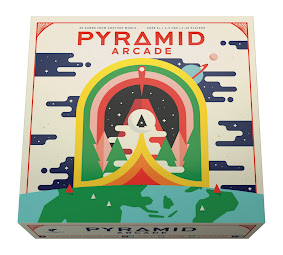 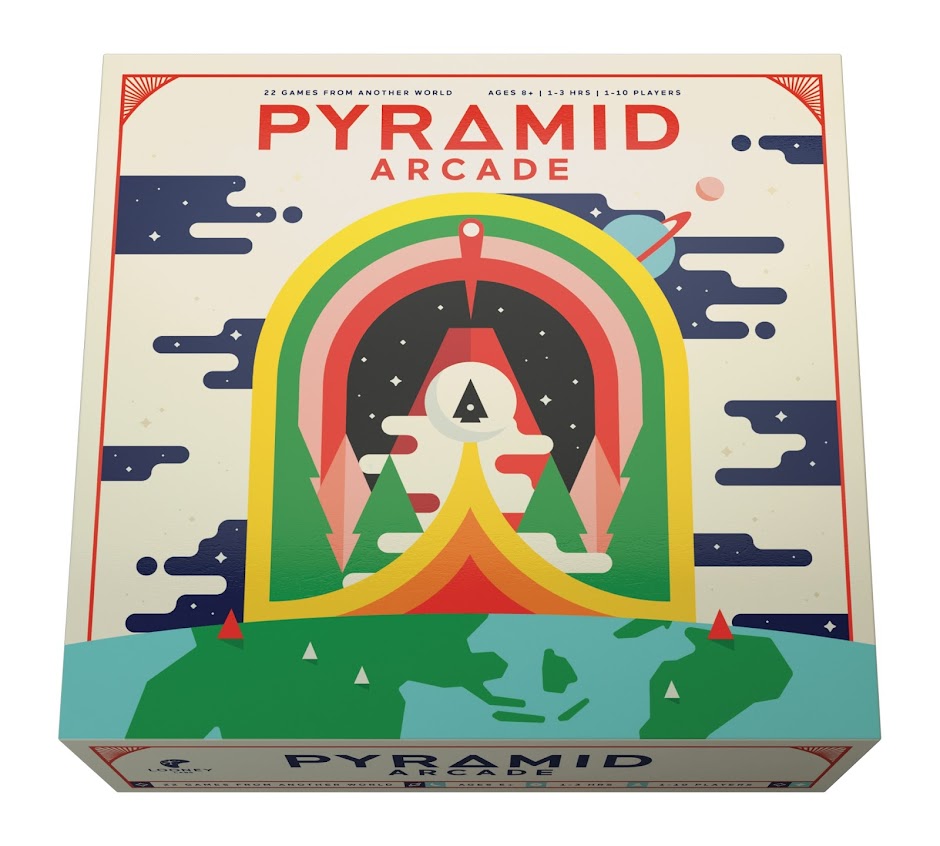 Pyramid Arcade is a library of 22 games in one box, with 90 pyramids + boards, dice, & cards. From indie tabletop game publisher Looney Labs, creators of Fluxx.

The game has something for everyone – from fast games to long games, luck games to strategy games, simple dexterity games to brain-burning puzzle games, games for two and games for ten. Many of the games in the collection are pure abstracts, but some will take players to other worlds. They can turn into anything – from a microbe fighting for control of a petri dish to a galactic overlord commanding an interstellar space fleet. Players can build rockets, hack computers, send armies across epic battle fields, and fight as insects on a flower petal or space marines teleporting between lunar outposts. 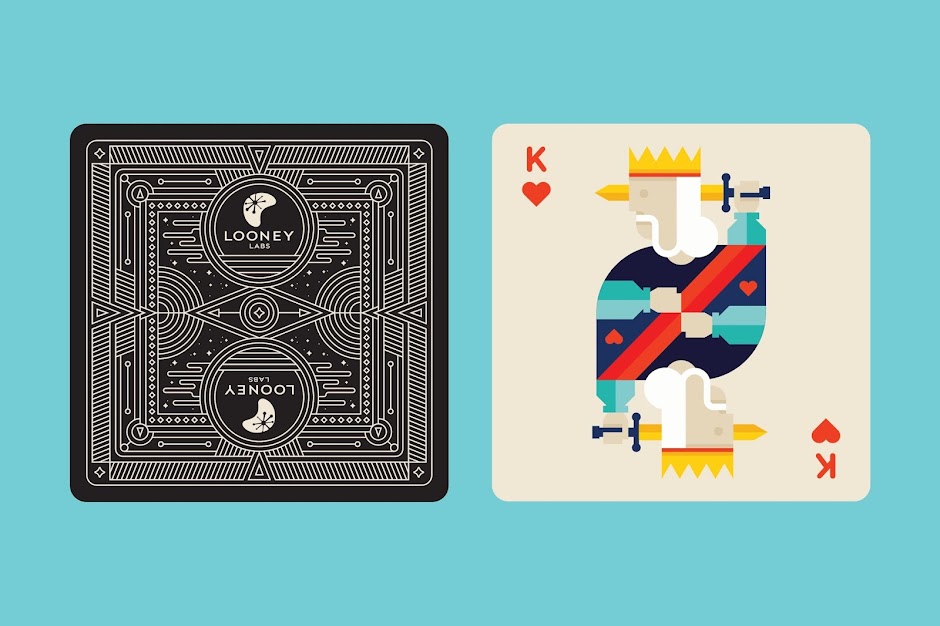 What’s Unique?
The design has been described by Kickstarter backers ($33,00 goal is now over $100,000) as “retro-futuristic” and “eye-popping” as well as “mid-century modern on steroids.” There are 22 games packed in a box that isn’t terribly big. This is a tremendous advantage when selling on game store shelves. 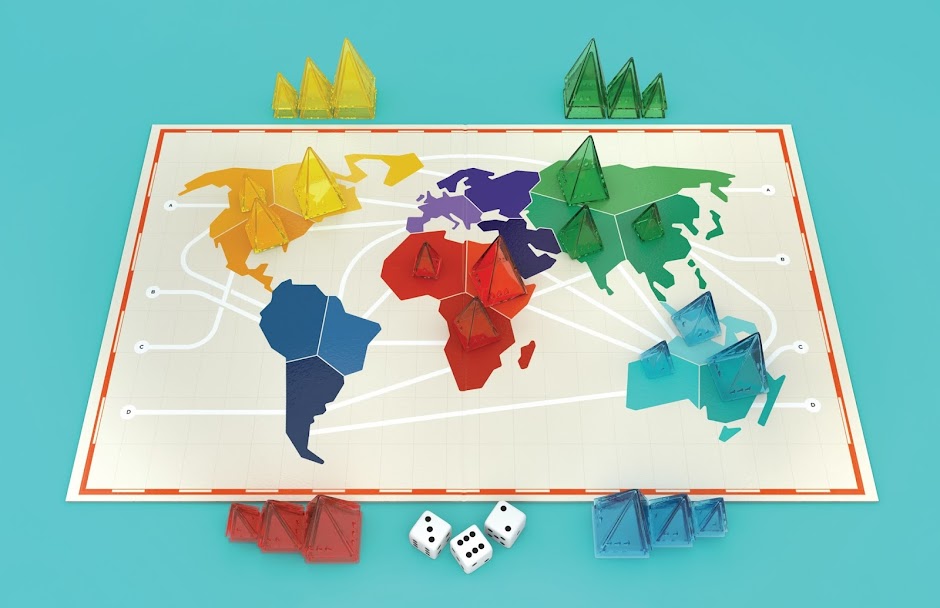 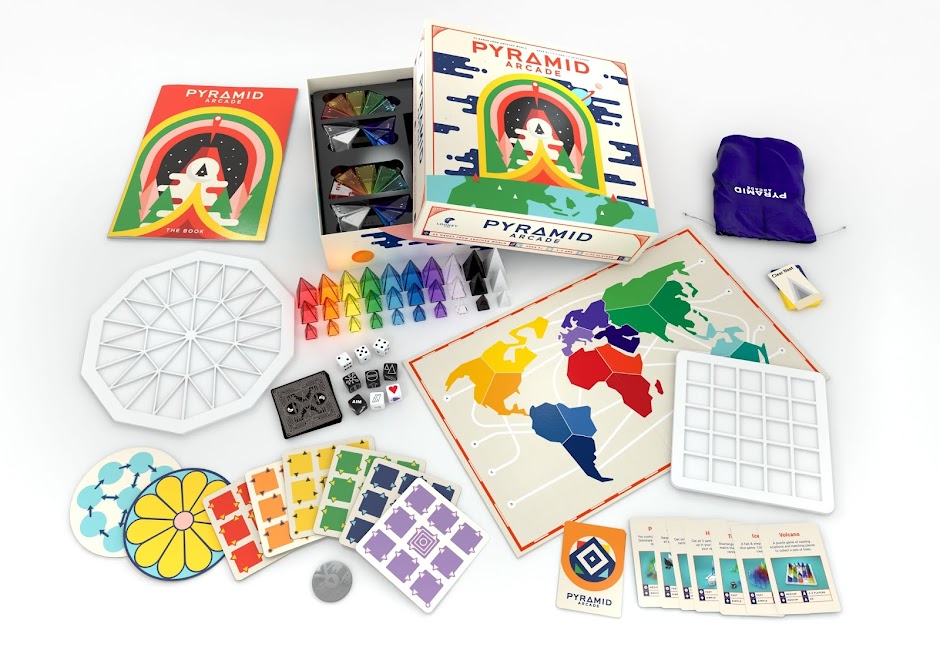