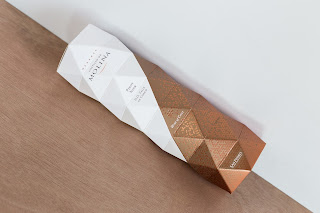 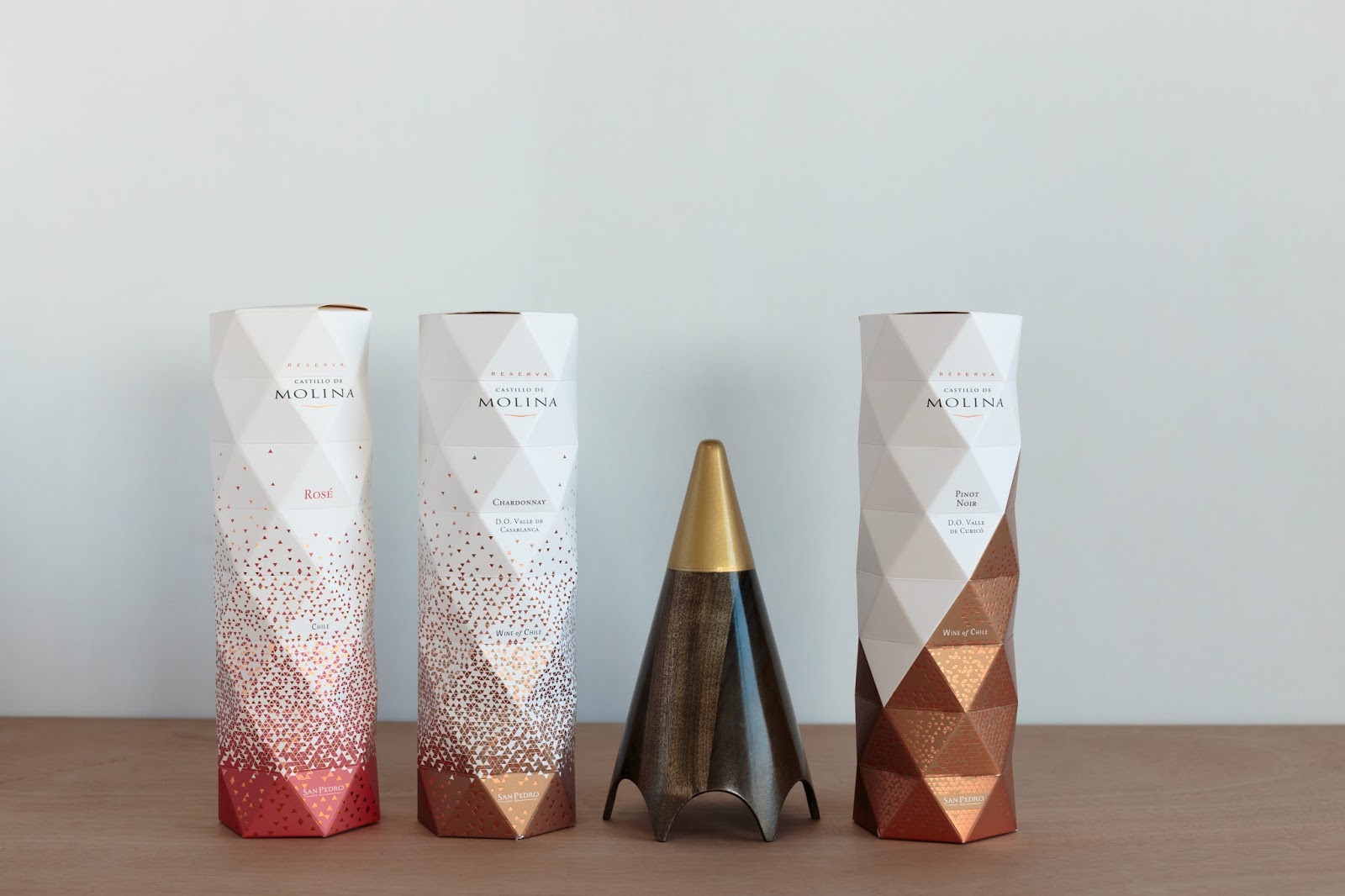 The initial brief was to design a new packaging that could stand out and innovate, both industrially and graphically, to make presence in Finland’s wine market for Christmas season.

Our goal was to develop something that, without leaving aside it’s functional features —to protect, communicate and facilitate it’s manipulation—, could achieve an important emotionally persuasive role.

To accomplish this, we took the concept of haptics and developed solutions that could generate visual surprise and desire of manipulation, in order to trigger the emotional aspect of design.

To date, no wine cases made in Chile were fabricated without vertical folds, the reason being that they are necessary for the industrial bonding process. However, we have found a way to leave aside that action: a self locking assembly that is hidden in the diagonal creases of the packaging. A simple solution that makes the production go directly from the die, to the final assembly of the case.

Graphically, the solution gathers the symbolic aspects of copper as a representation of Chile and blends it with a geometrical abstraction of snow that lies at the base of the package, which fits elegantly with the Christmas imaginary.

In economic terms, despite the elimination of a process, this packaging has a higher cost than a traditional case, but has an efficient enough industrial development to be able to produce thousands of units profitably, and also, it fulfills it’s persuasive function in a fruitful way.

According to the vineyard’s data, in Finland all the units were sold within the first five days of the exposition, and the success spread to other markets where the brand has presence, including Chile, which currently has this packaging in the Rosé variation in different gondolas within the country.

This project recently won a Chile Diseño award for the category of packaging at the sixth Design Biennial of Chile. 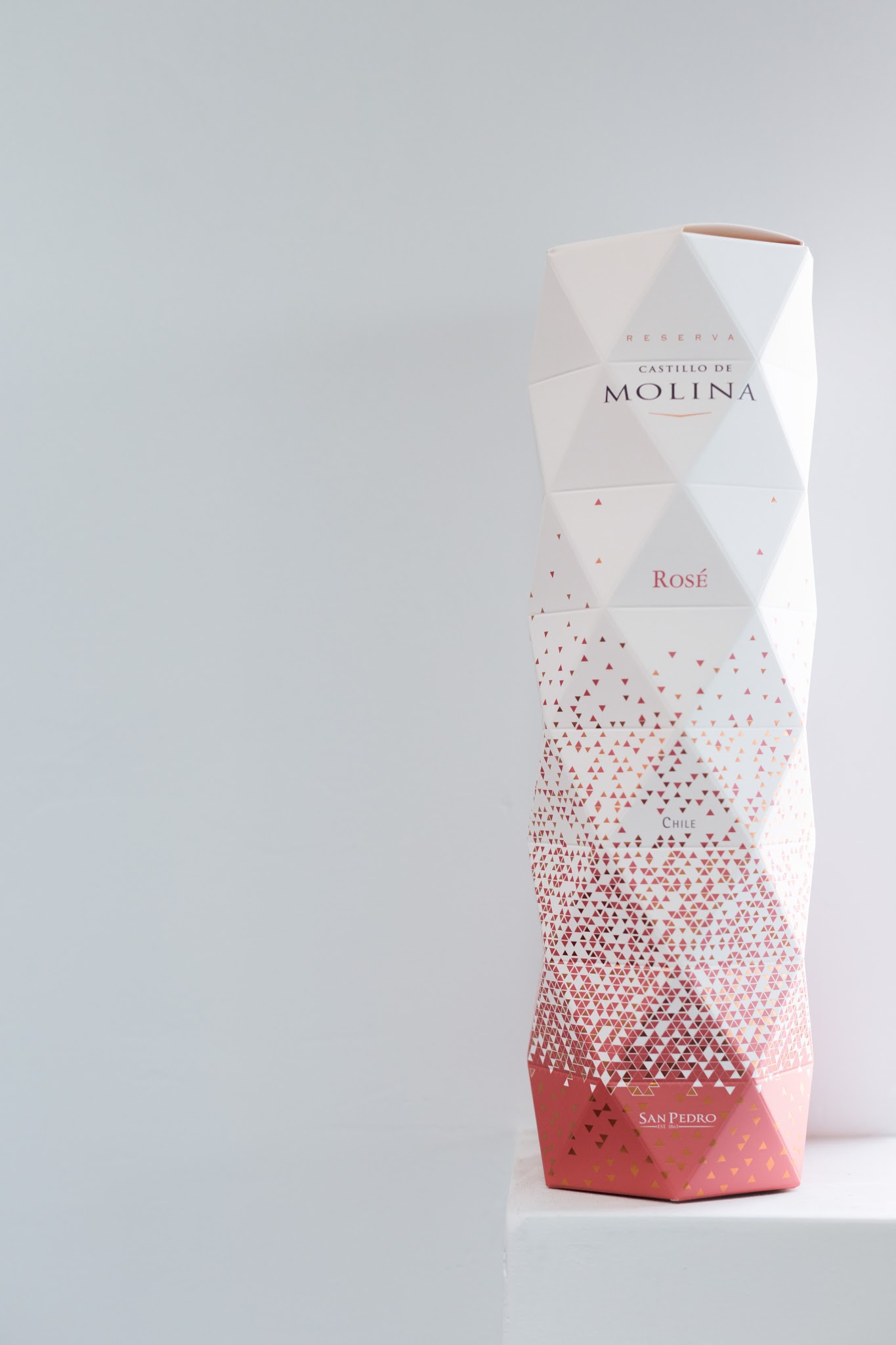 What’s Unique?
It’s unique in terms of being the first wine packaging in Chile that does not use glue for it’s assembly and doesn’t have vertical folds. This allowed a exclusive formal approach which gives the project it’s aesthetic appeal. 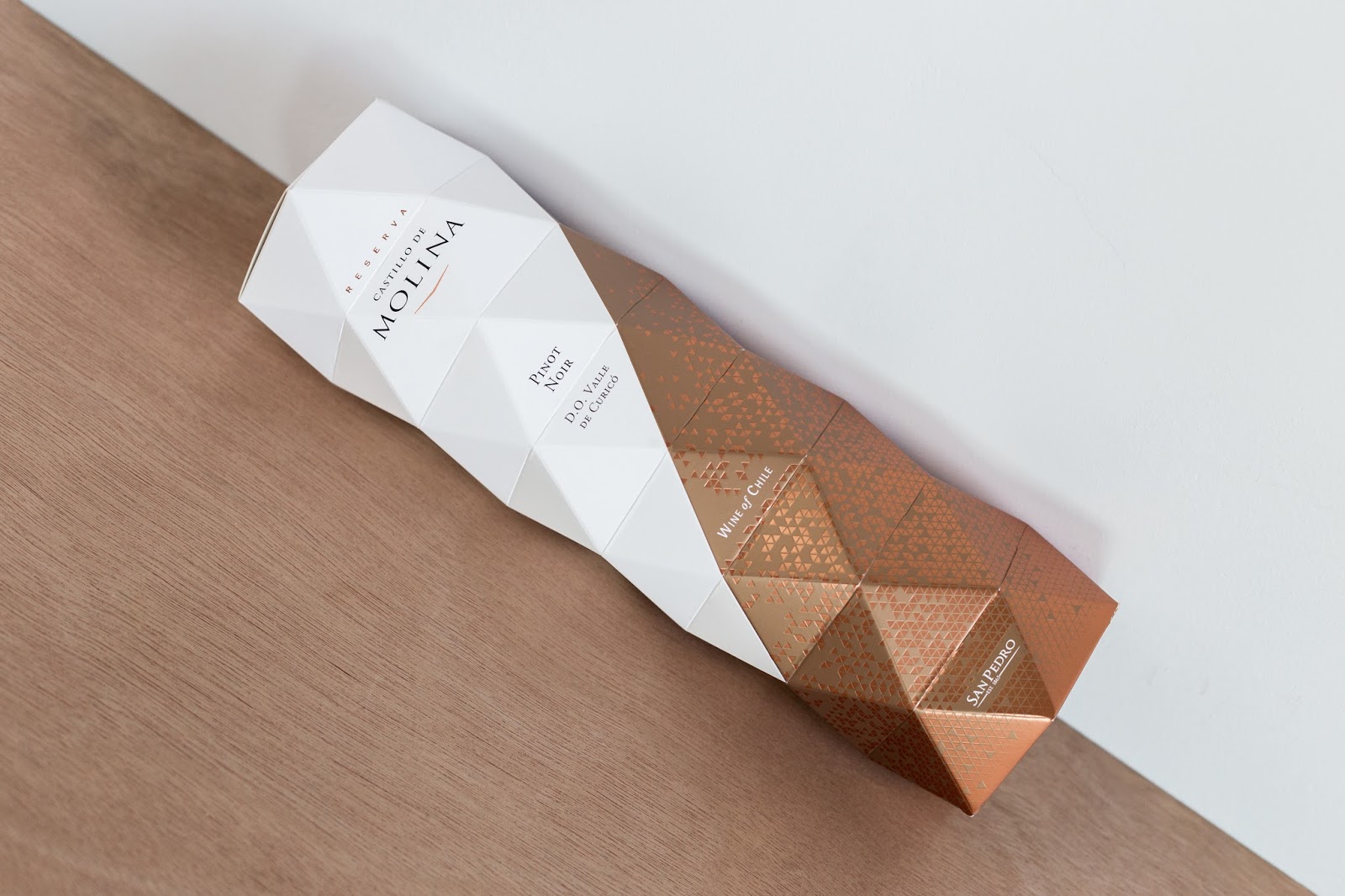 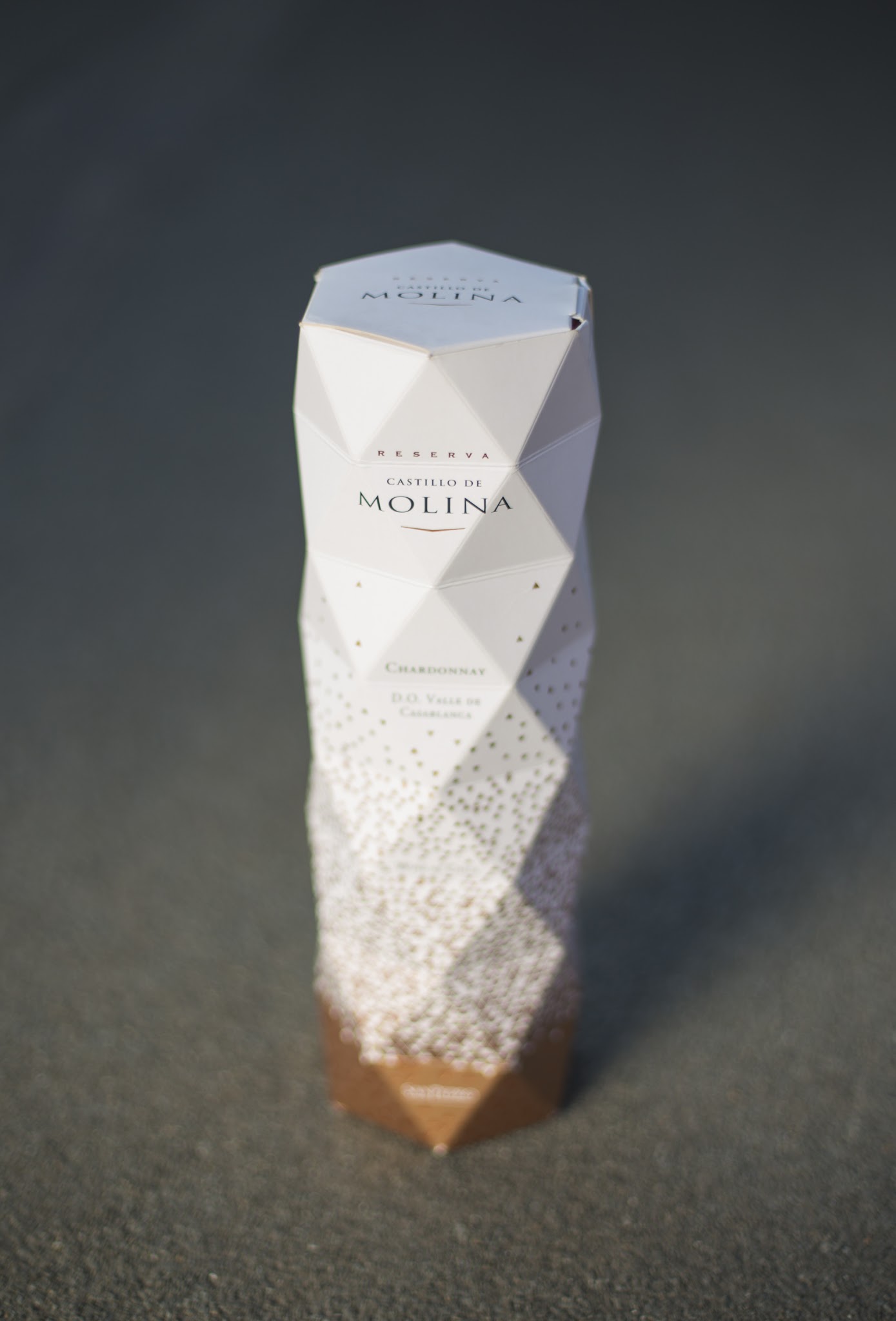 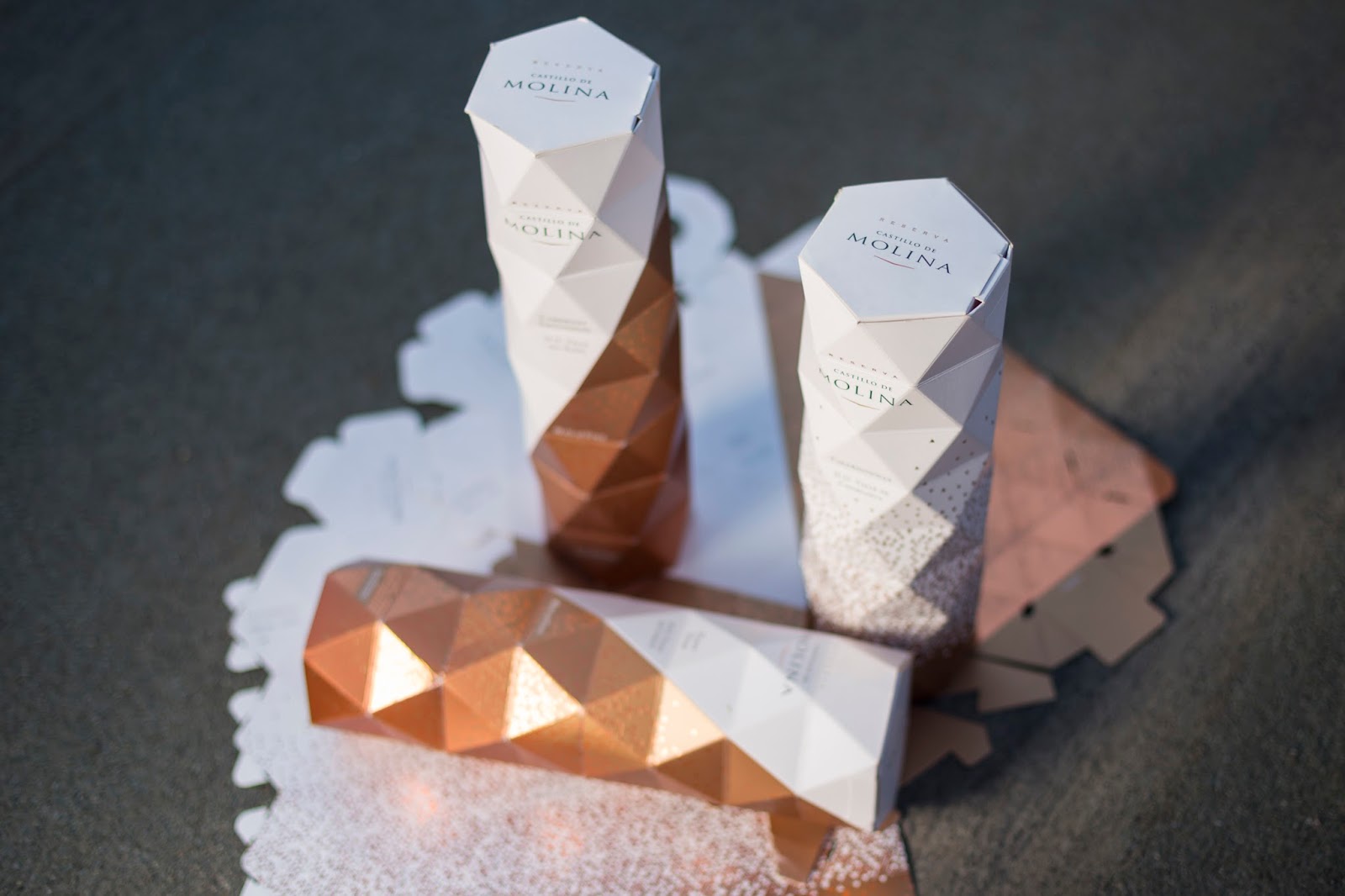 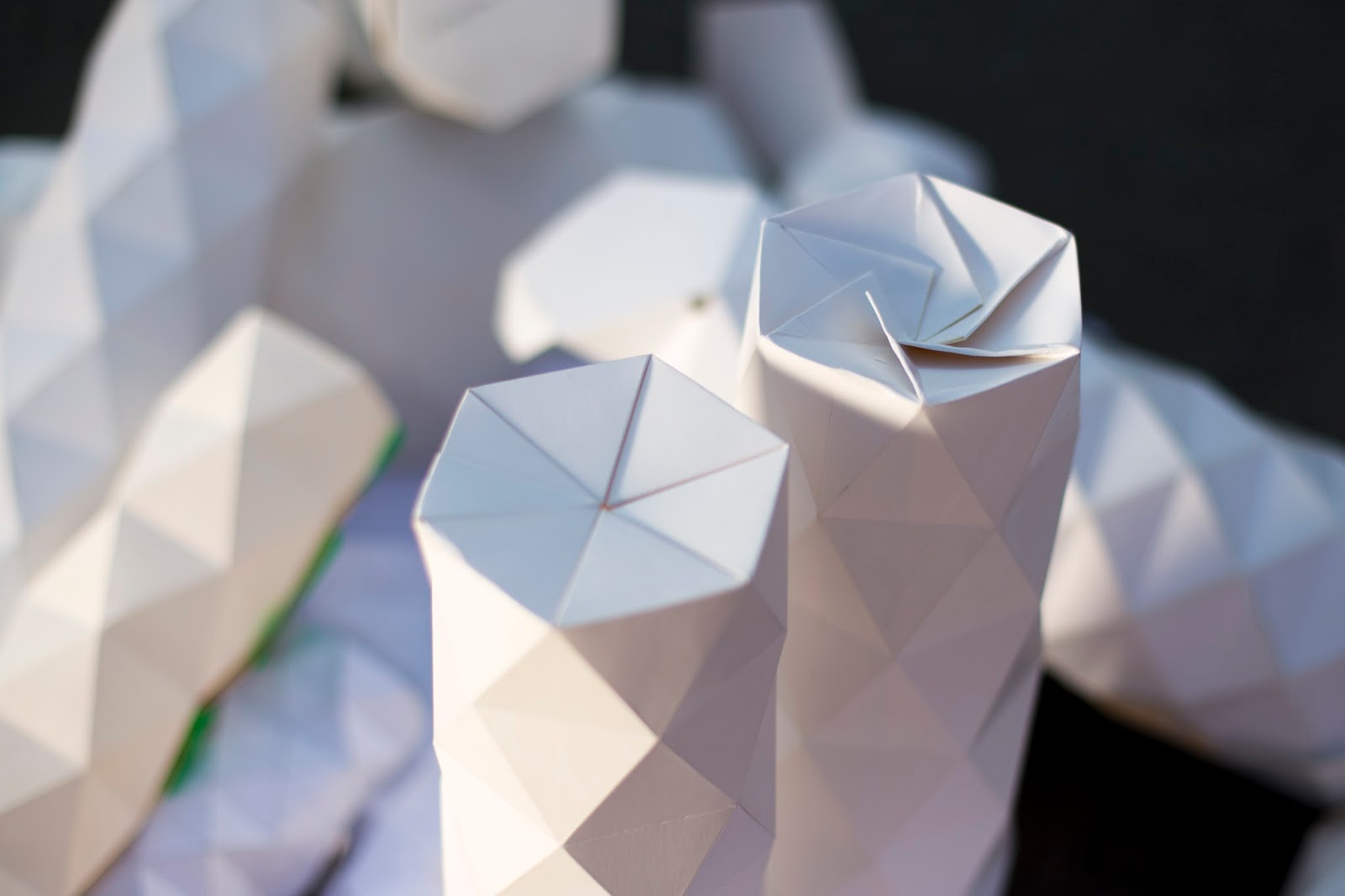