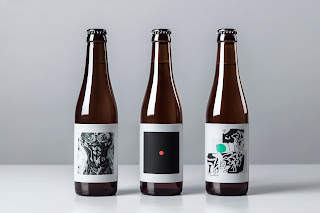 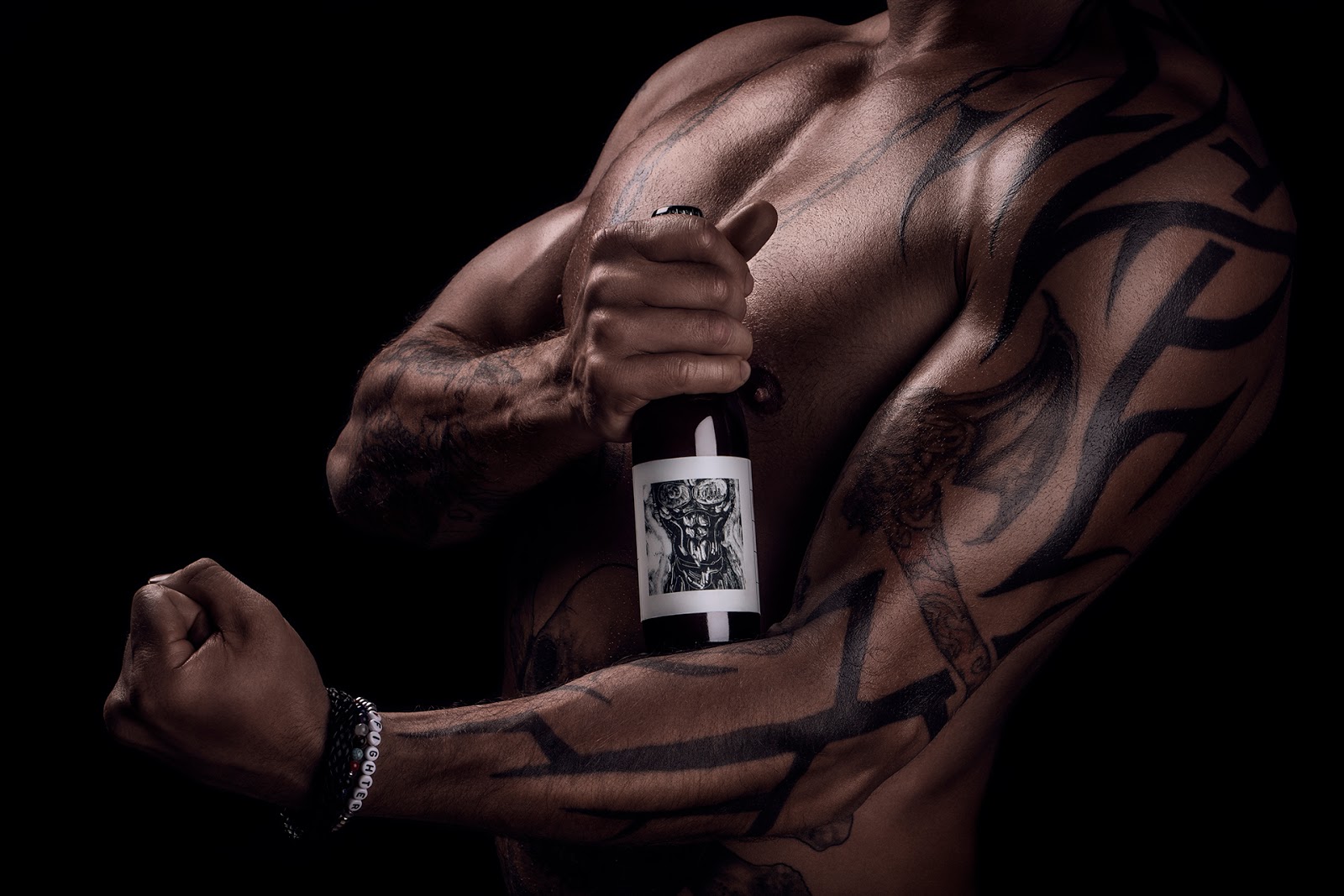 During the Autumn and Winter of 2016, O/O Brewing released three new beers, which further established the company as one of Scandinavia’s top breweries. With Narangi, the second release, securing a position on RateBeer’s top 50 IPAs worldwide list, things are really looking bright for the Gothenburg based brewery.

Narangi is a fruity IPA, with a distinct taste of oranges. The beer was named after a village in the city of Virar in India, and it also means ‘orange’. Some claim that the orange, which is not a wild fruit, but a cultivated hybrid of mandarin and pomelo originate from Narangi. With the link to India being clearly established through the beer’s name, we looked at visual links between the fruit flavoured beer and Indian [visual] culture. The link between an orange, in its most abstract form, and a bindi* was too obvious for us to avoid.

On the side of the label, we also repeated the name of the beer (नारींगी) and updated the pronunciation guide, all rendered in hindi. For the campaign images, we built a set out of found bricks, which we then covered in bindi pigment.

For Muscles, a strong Imperial IPA, we turned to New York based artist and illustrator Ana Benaroya to continue our series of artist collaborations. One of the reoccurring themes in Benaroya’s work is powerful portraits of people with swelling muscles, engaging in a range of activities such as wrestling, swimming or just plainly showing off.
In a series of expressive works, Benaroya is turning the popularised image of the strong, dominant male on its head by instead portraying muscular women. Seeing that the craft beer scene is still very much dominated by a homogenous group, namely white men, we felt that it would be interesting to use one of these works for the label. In discussion with Benaroya, we selected a painting depicting a woman rendered in blue, with long, black hair, overpowering a pink-coloured man, gasping for air. Unfortunately, this motif was deemed too violent and – as it featured a hint of a female nipple – also breached Systembolaget’s (Sweden’s national alcohol monopoly) ‘no nipple policy’ and was therefore not accepted. The struggle continues. Consequently, a not less powerful, but ultimately less challenging work of Benaroya’s was selected for the label.
The label design and campaign is also a humorous nod to an old Swedish advertising campaign for Stena Line’s border shop, showcasing a muscular man carrying two bags of beer with a t-shirt saying ‘Öl byggde denna vackra kropp’ (Beer built this beautiful body).

A few years back, we pitched the idea of working with the Gothenburg based artist EKTA (Daniel Götesson) to O/O Brewing. The starting point was the realisation that the artist’s pseudonym, meaning ’real’, ’true’ or ’authentic’ in Swedish, is a descriptive term frequently used in colloquial expressions when discussing the beer scene, which is today full of experimental beer styles. In Sweden, you are likely to hear older people, with a frown, ask for a real beer, usually referring to a classical pilsner or no-frills lager. Having already established a tradition of working with a new artist for the packaging of each new beer, we thought: why not make an Ekta Pilsner (i.e. a real pilsner). A couple of years later, O/O Brewing started to plan the release of a classical pilsner and we contacted EKTA, who was happy to work with us on the project and let us name the pilsner after him. For the campaign, we shot EKTA in his Gothenburg studio.

*A bindi is a red dot worn on the center of the forehead, commonly by Hindu and Jain women. 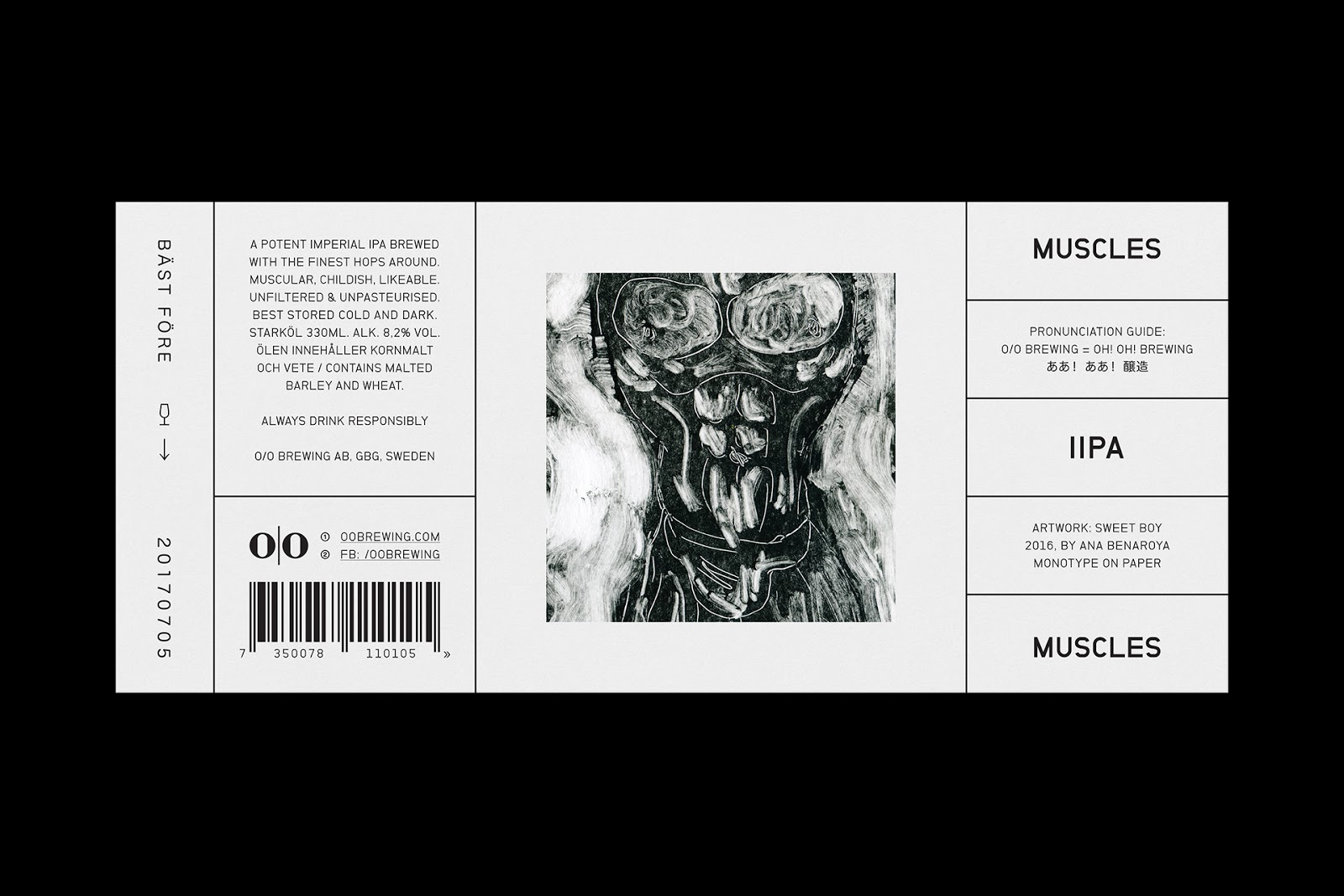 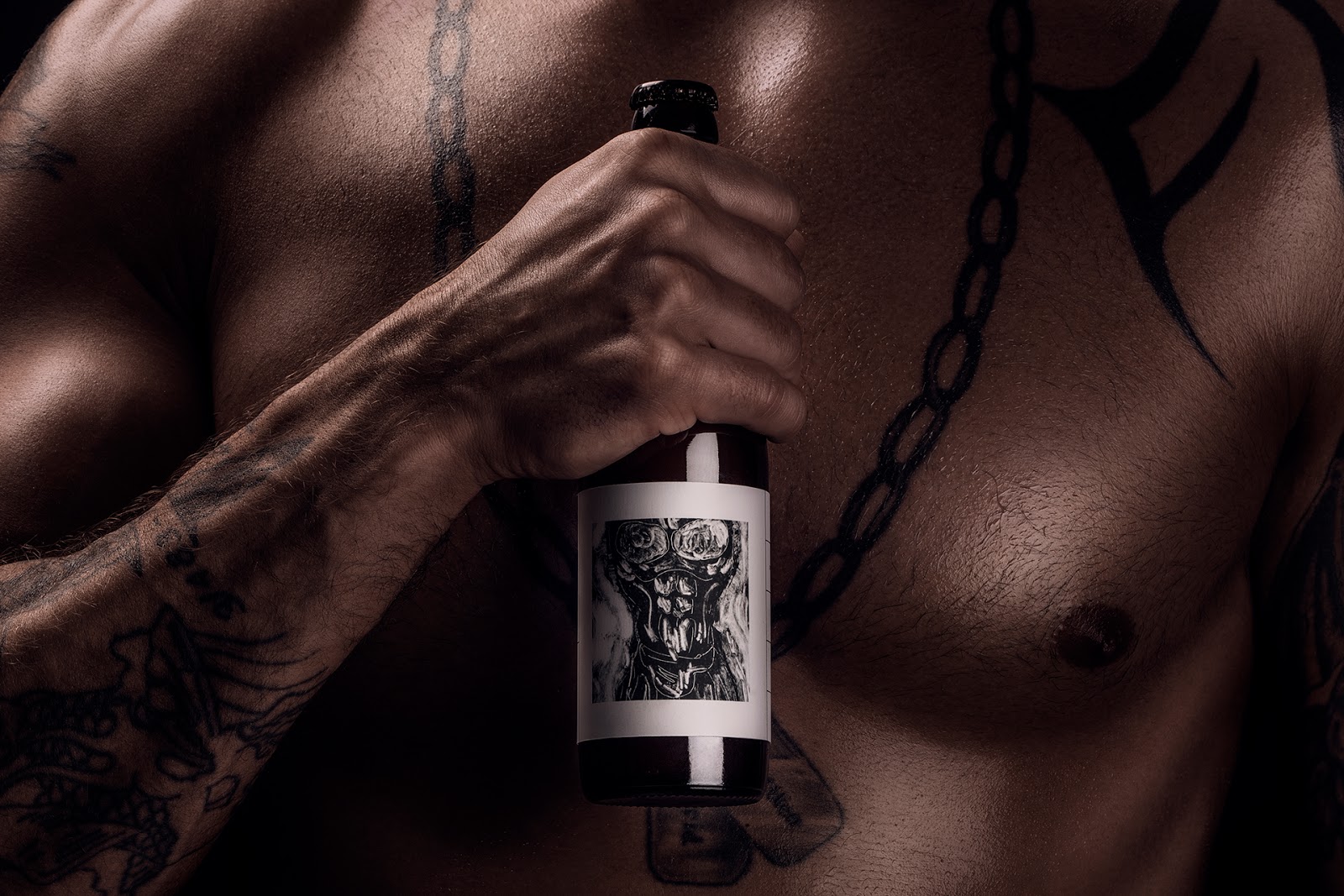 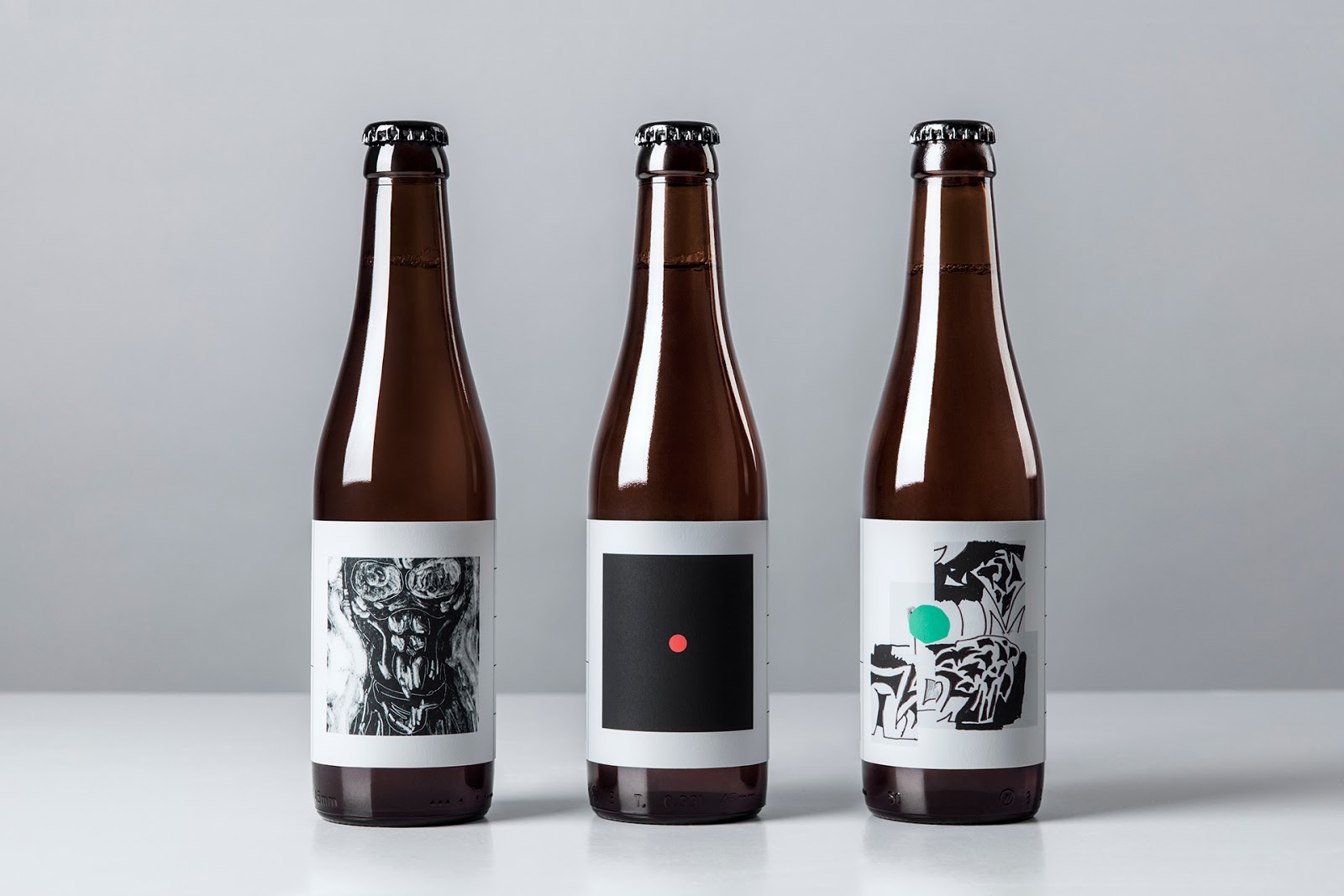 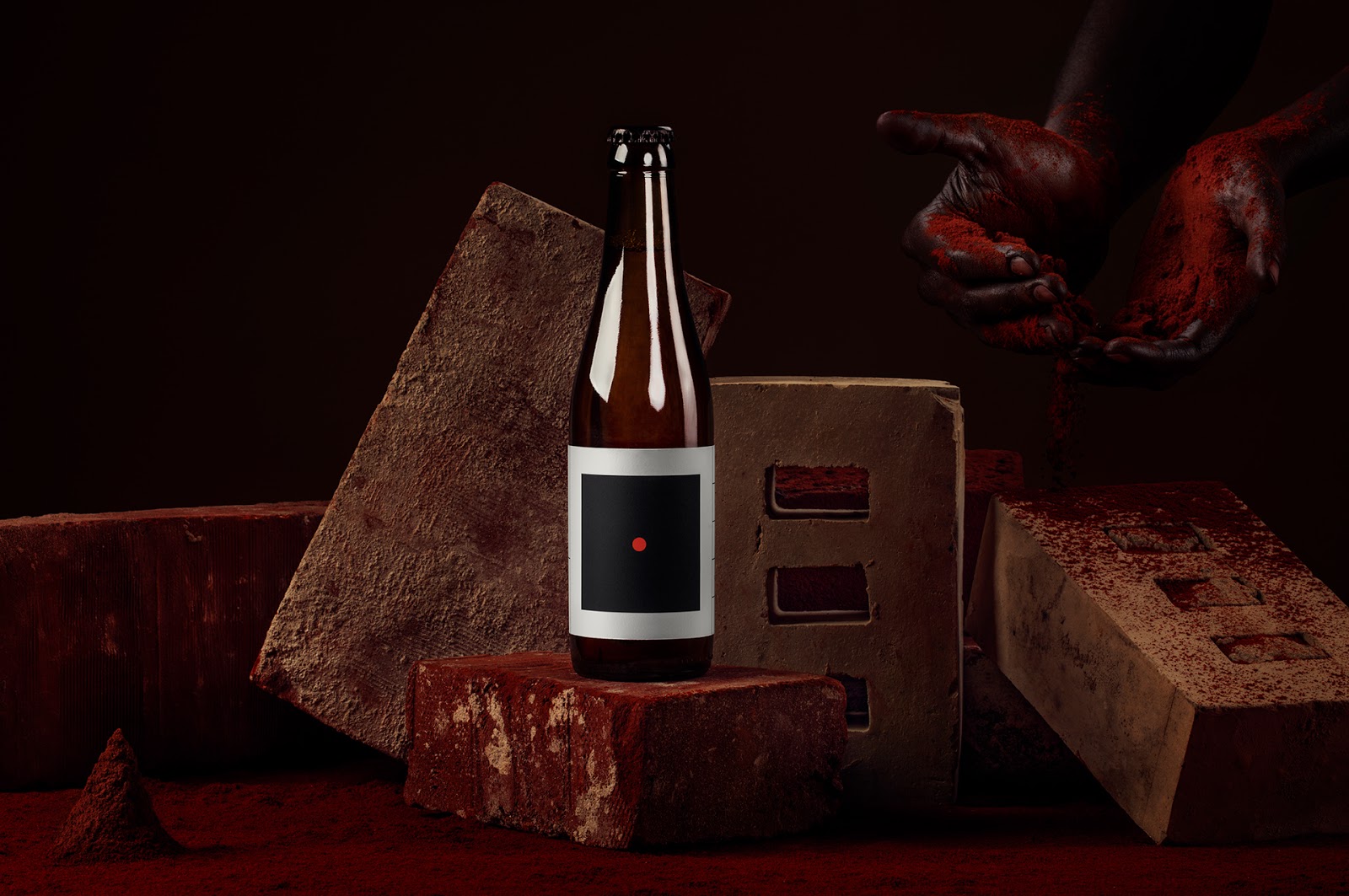 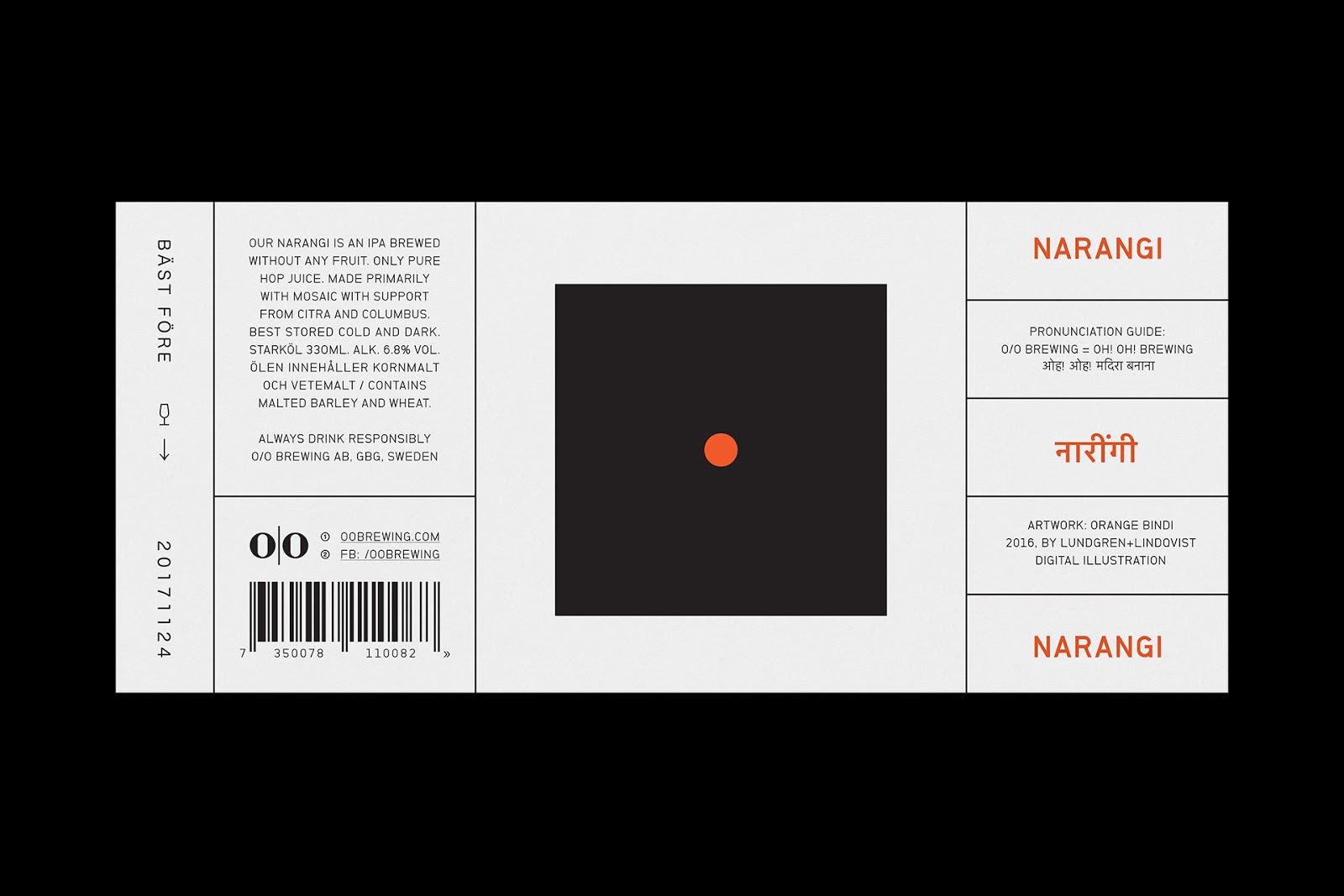 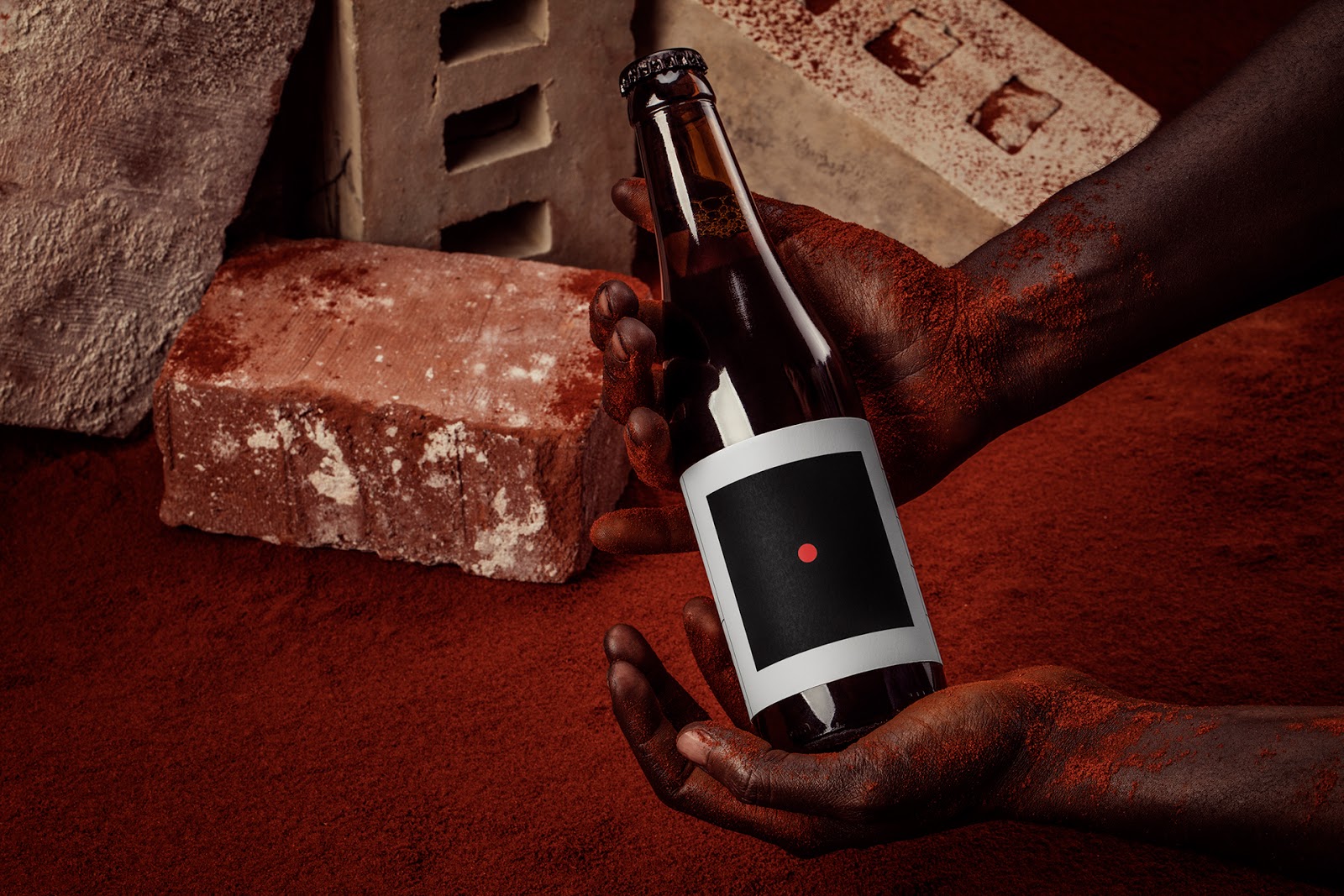 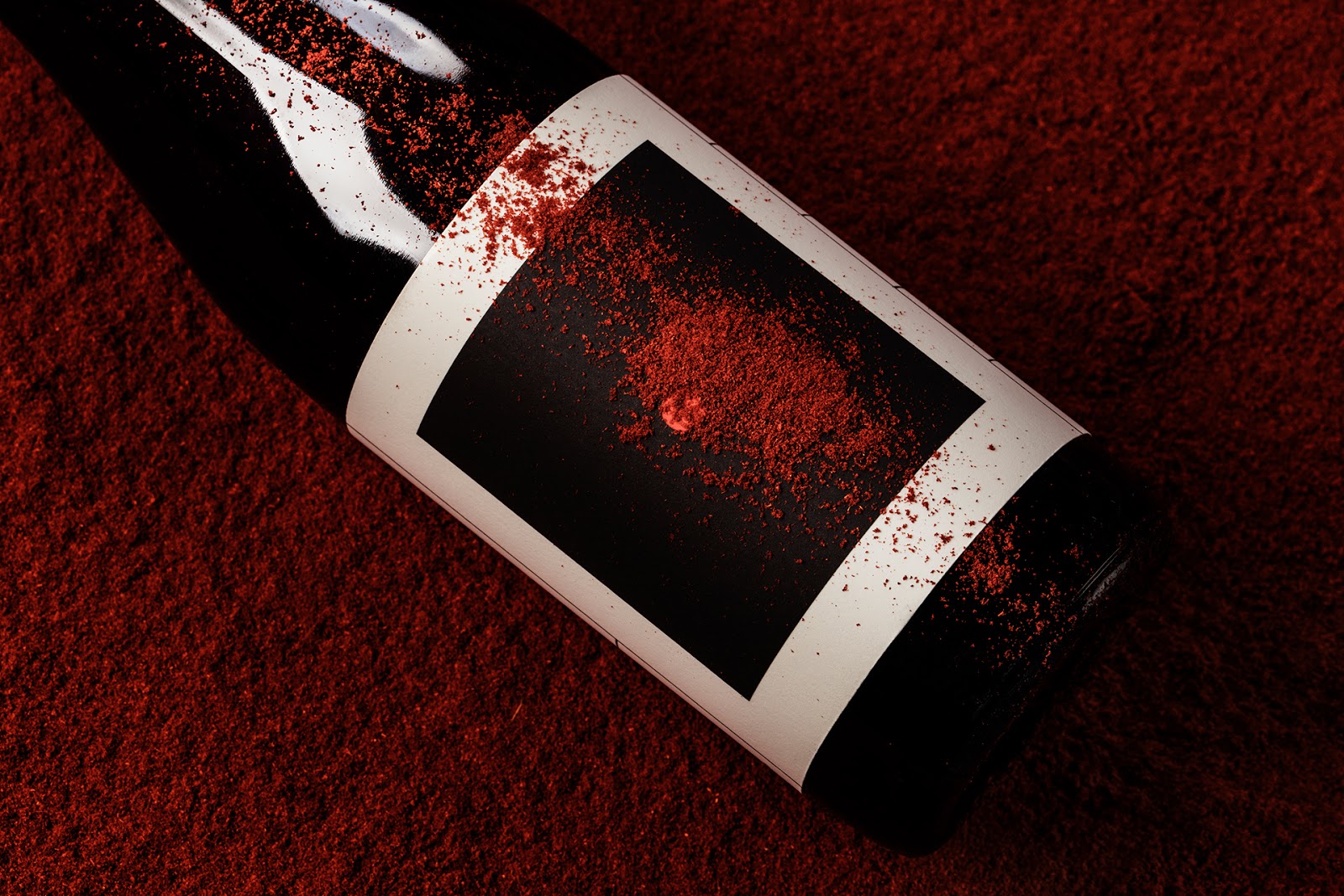 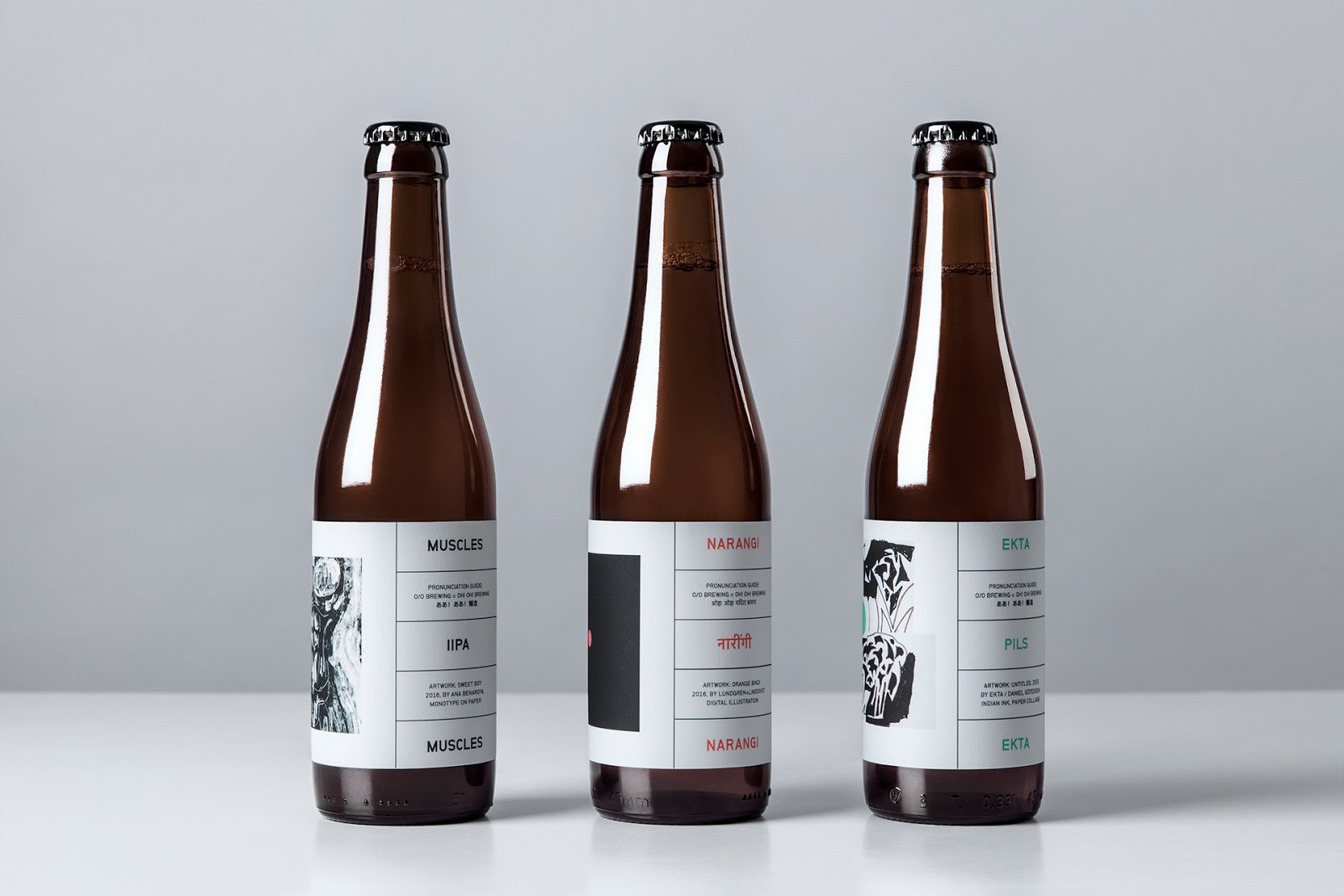 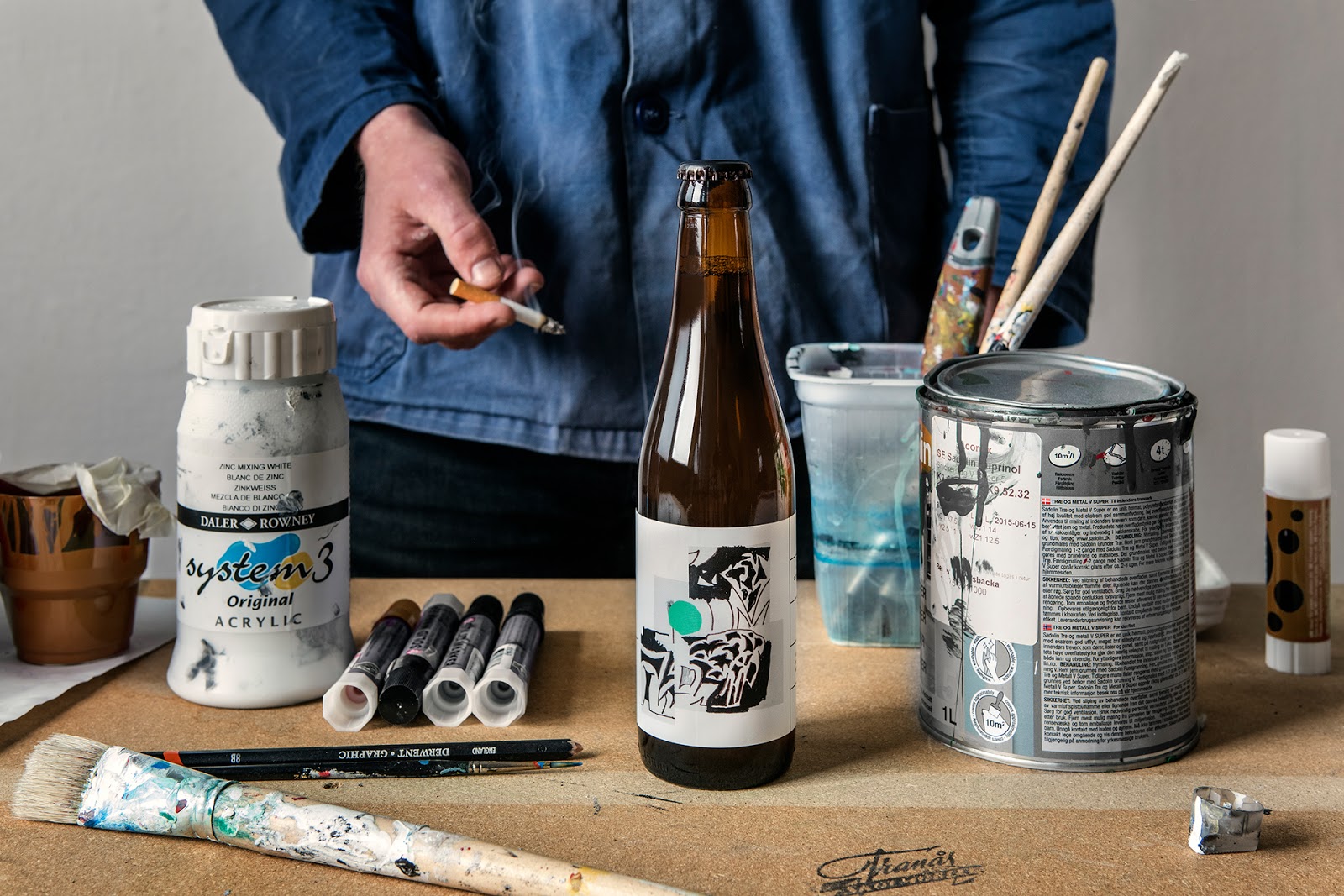 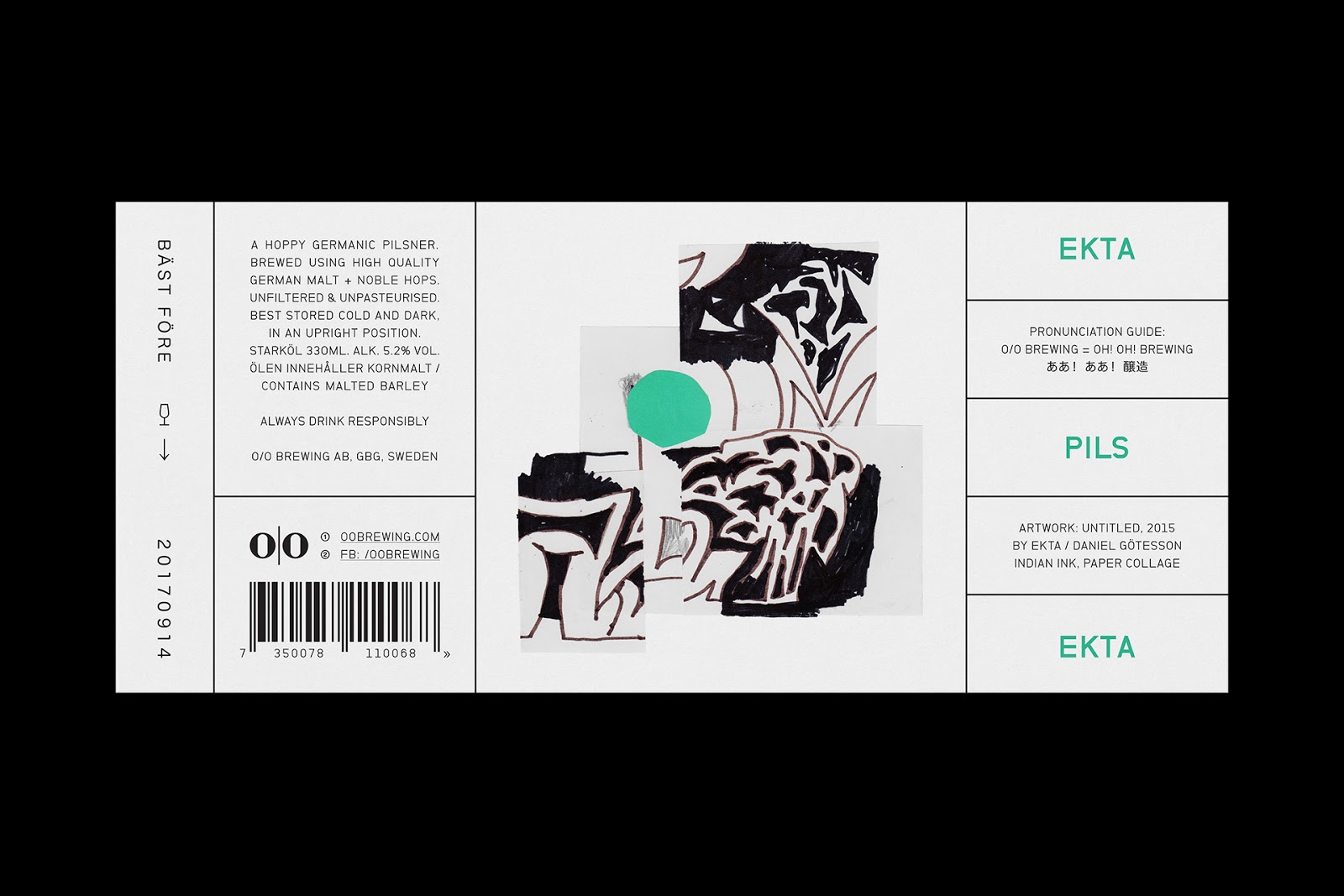 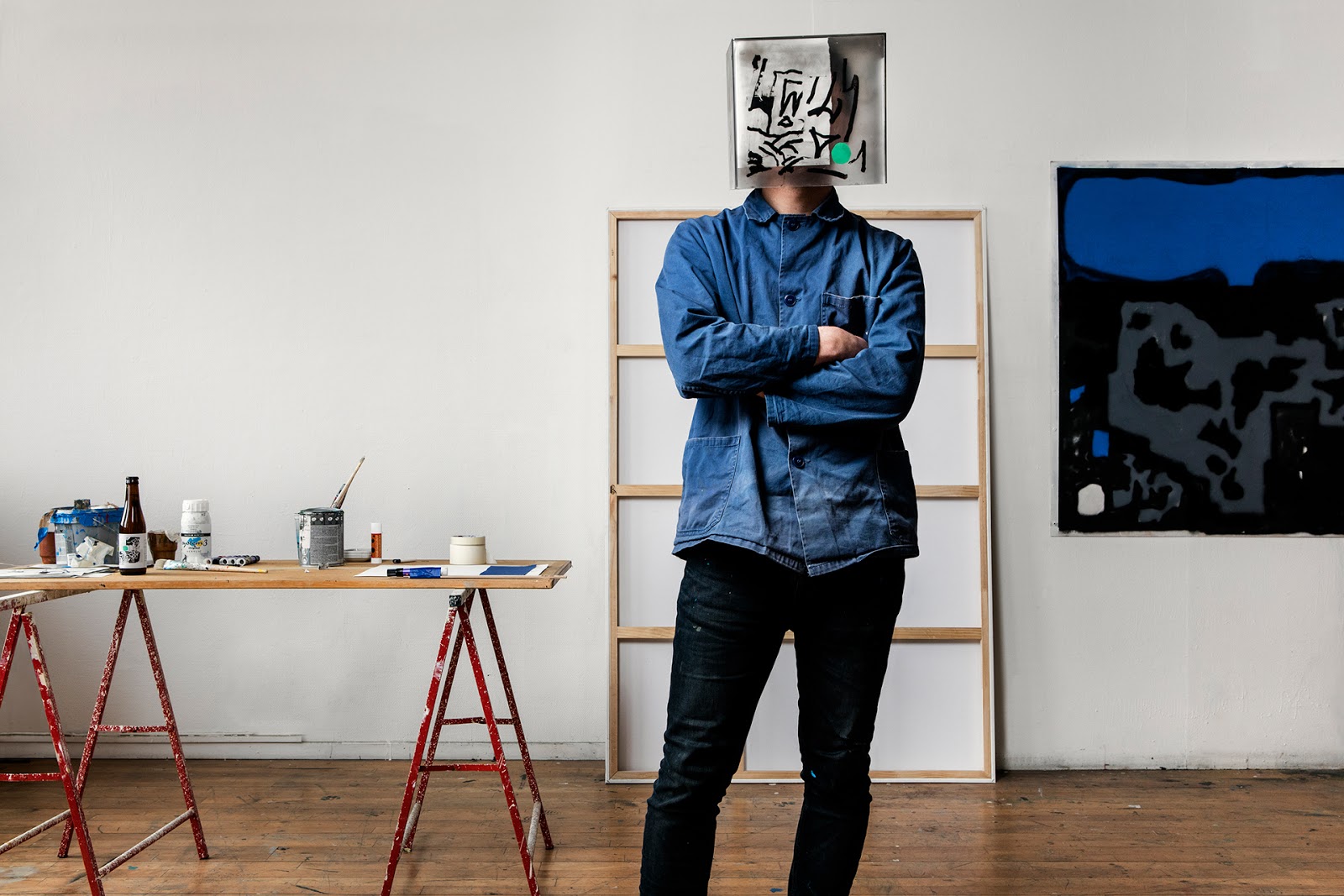 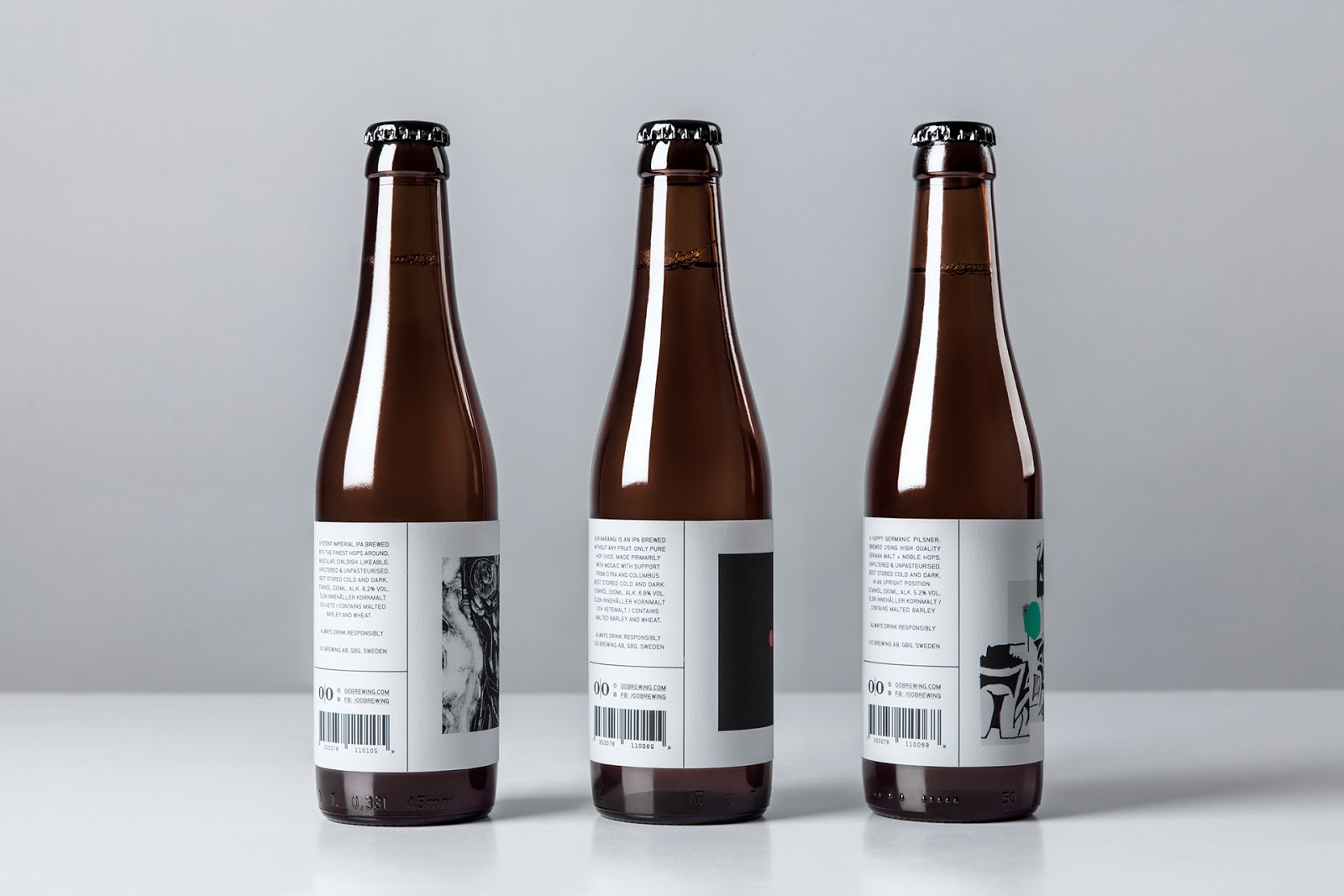