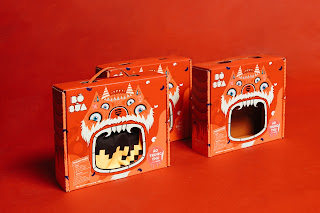 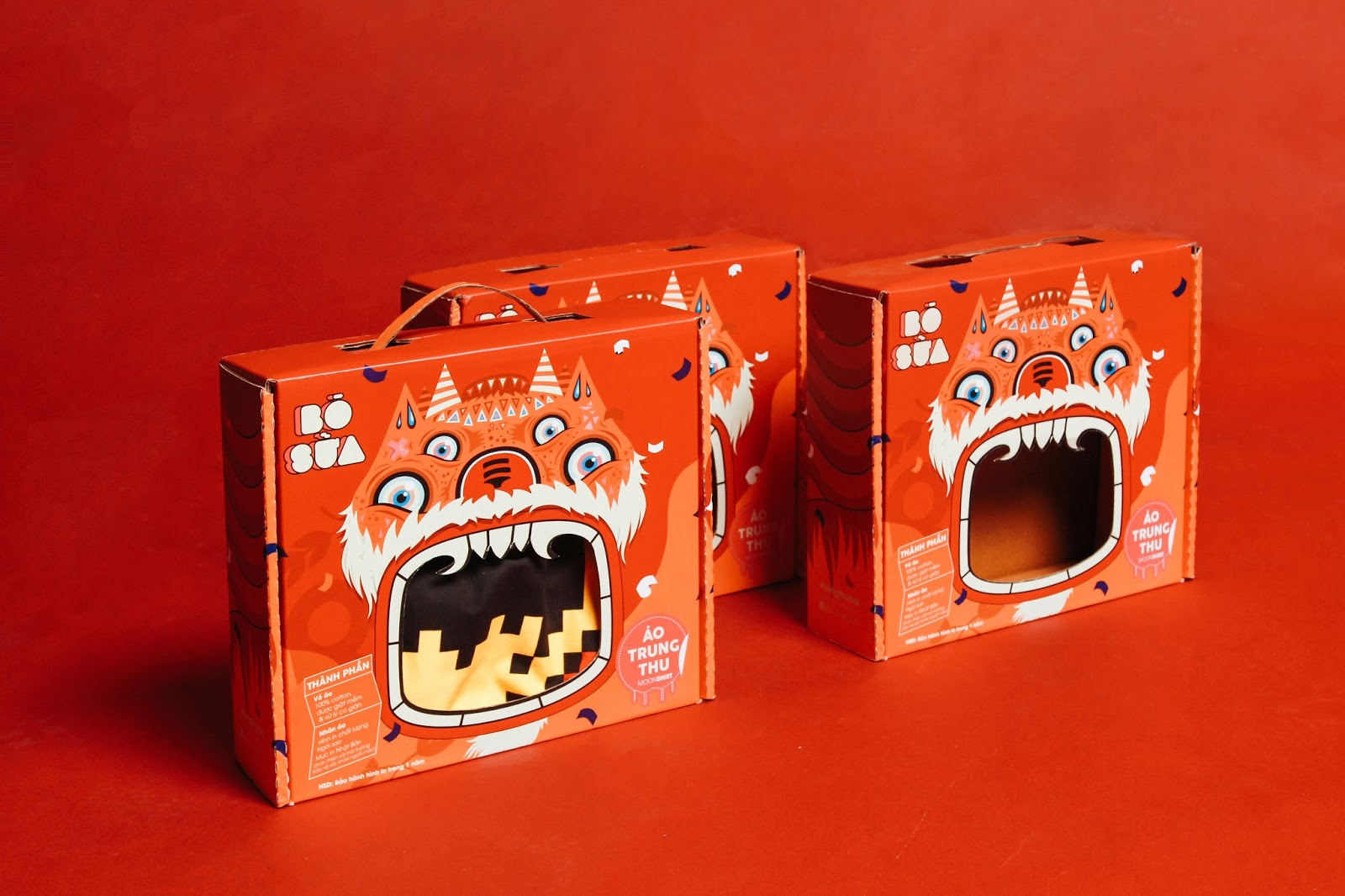 With the desire to create a new Mid-Autumn Festival, BOO Fashion has run a campaign “Trung Thu Moi” (The New Mid-Autumn Festival), which is inspired by streetwear style in our product line – Bo Sua, and the Eastern culture. Textures, figures and patterns are illustrated more up-to-date. The key visual of the campaign is the Kylin, which is a symbol of strength, prosperity, and the remarkable kylin dance in Mid-Autumn Festival. In this festival, people wear a traditional costume of a red kylin and perform the kylin dance. Therefore, running this campaign, the mascot is a new generation kylin: 4 eyed, young and playful.

Instead of traditional mooncake, we created the concept of moon-shirt. Therefore, the package system is inspired by traditional moon cake package. In which, single-pack box is designed with 3 version of color, double and triple-pack boxes are created with a easy-to-carry handle. The package is designed to have a cut-out part in any pack version to show the prints on t-shirts. Together with the package, we created a gift set including greeting card, phone holder and DIY paper doll in kylin shape, which will drive people to spend more time on the Mid-Autumn gift, either for themselves or for their loved ones. 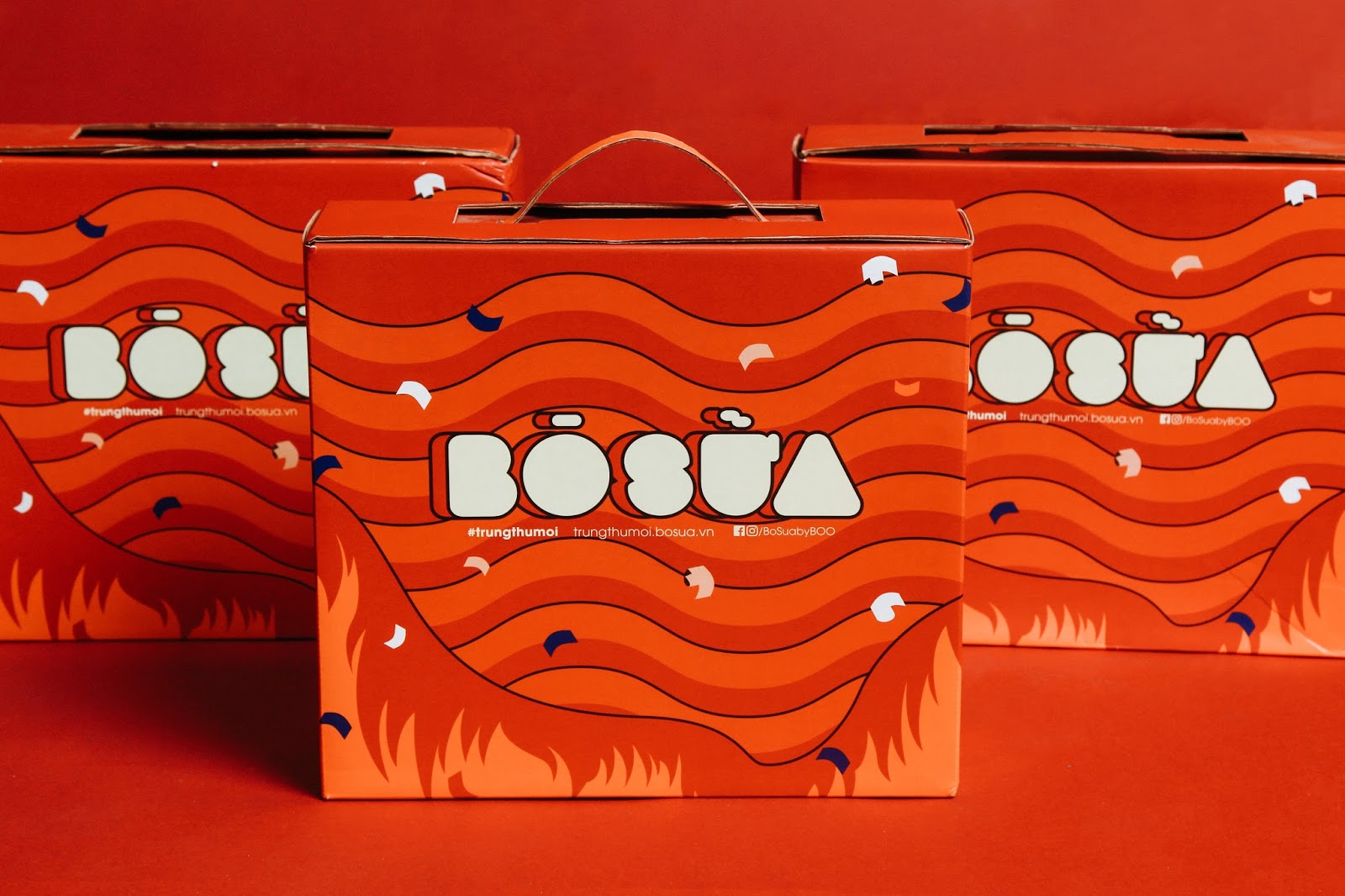 What’s Unique?
Campaign “Trung Thu Moi” – The New Mid-Autumn Festival, is inspired by streetwear style in our product line – Bo Sua, and the Eastern culture. Instead of traditional mooncake, we created the concept of moon-shirt. 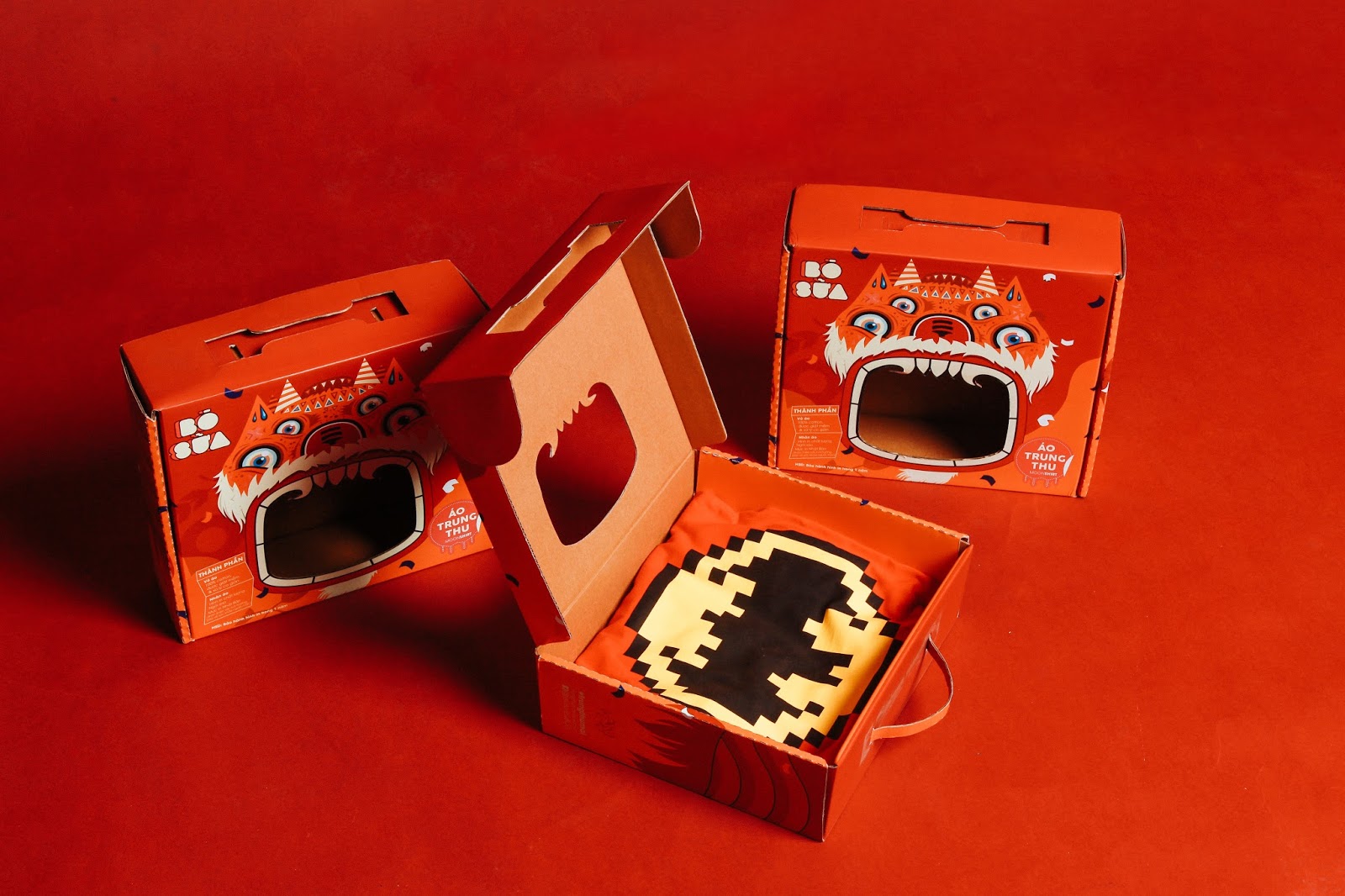 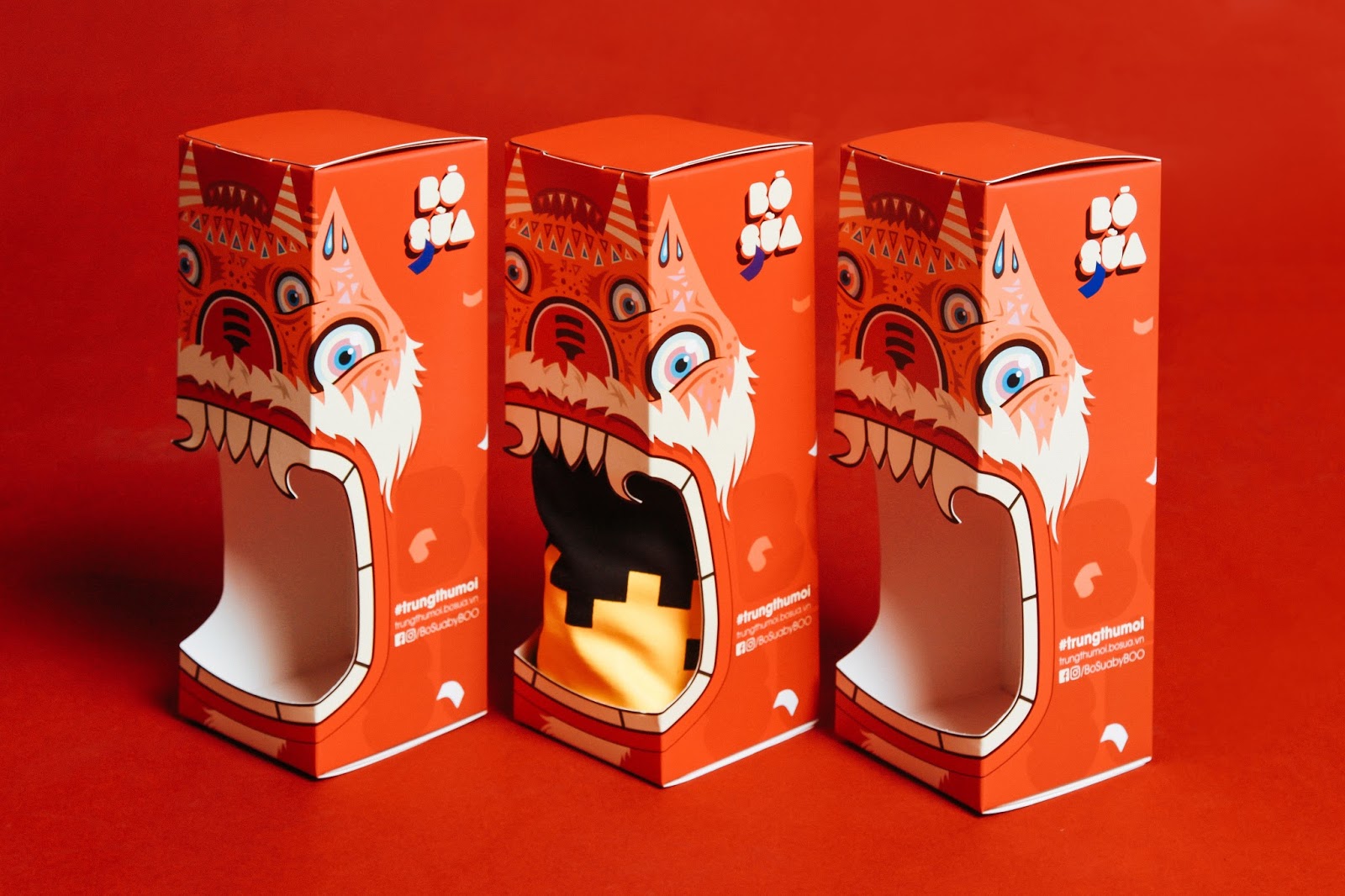 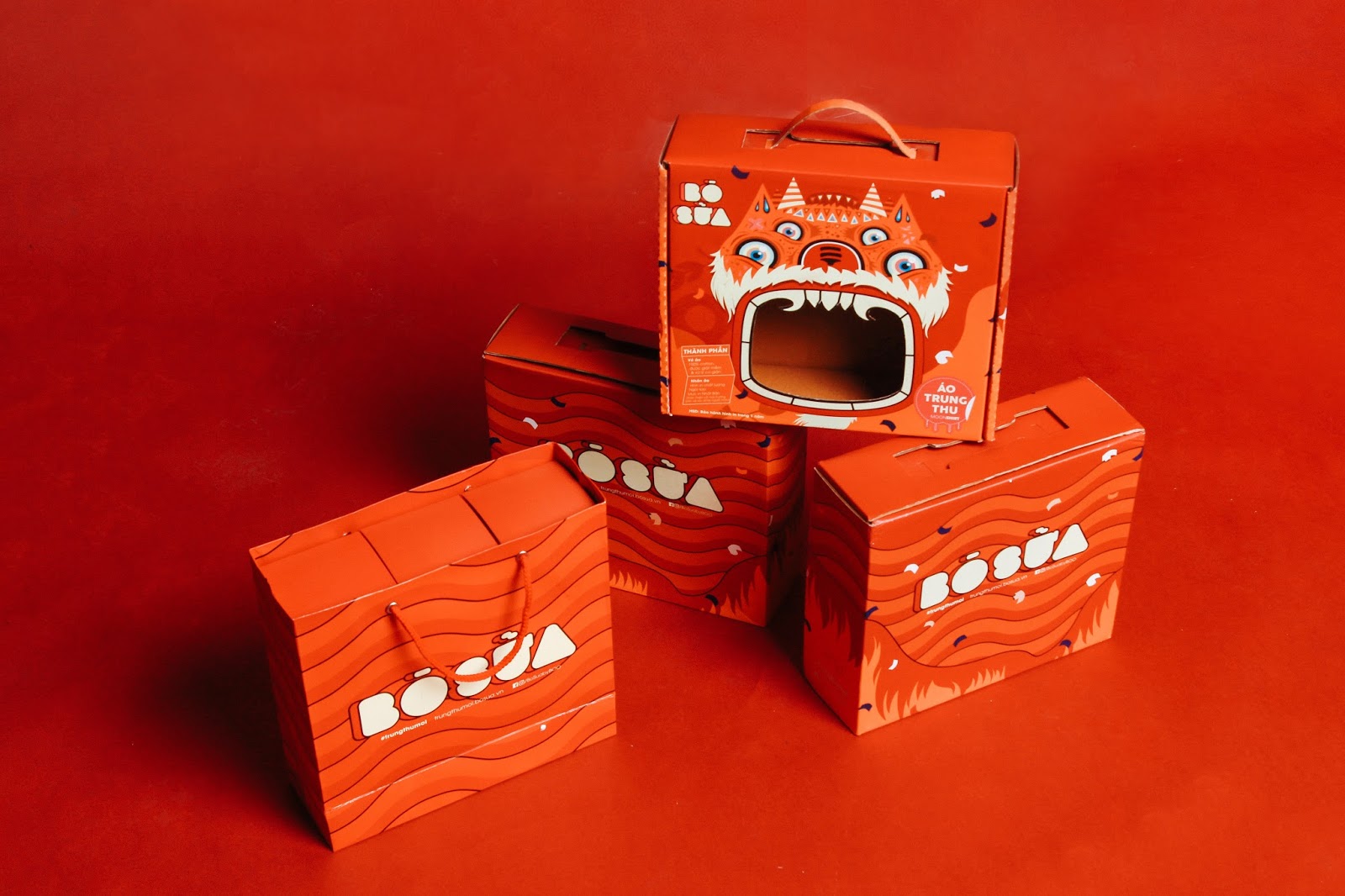 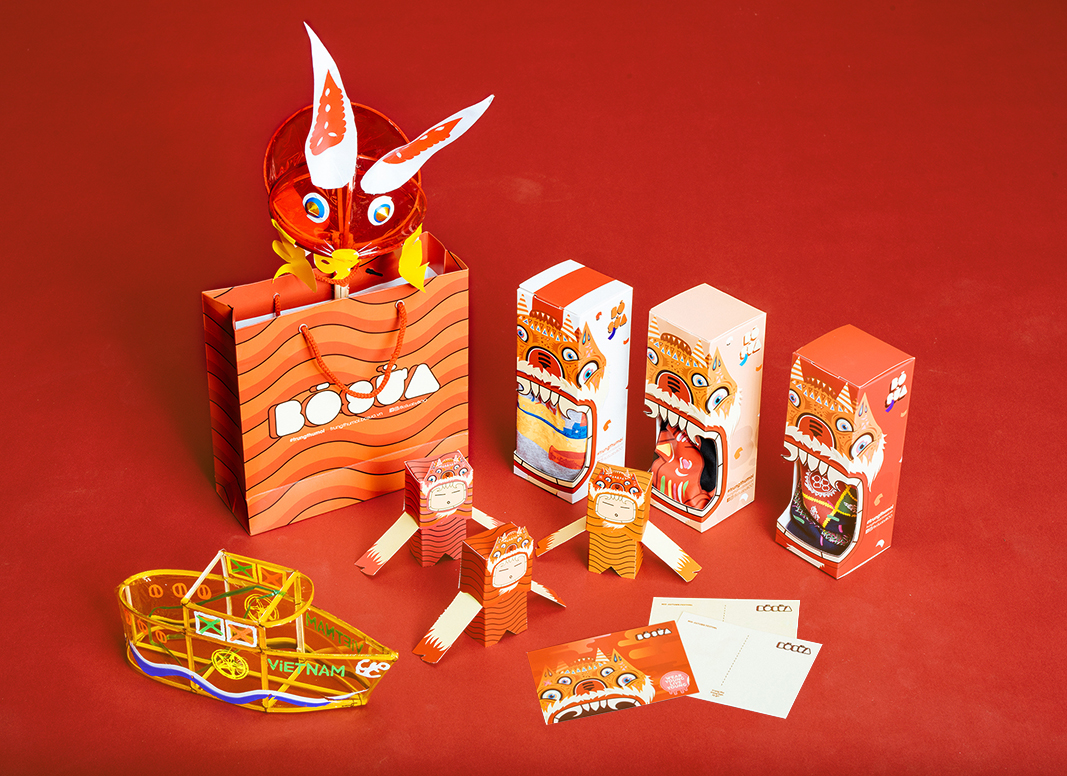