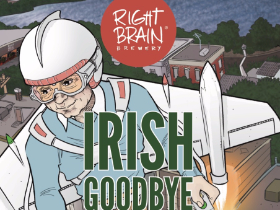 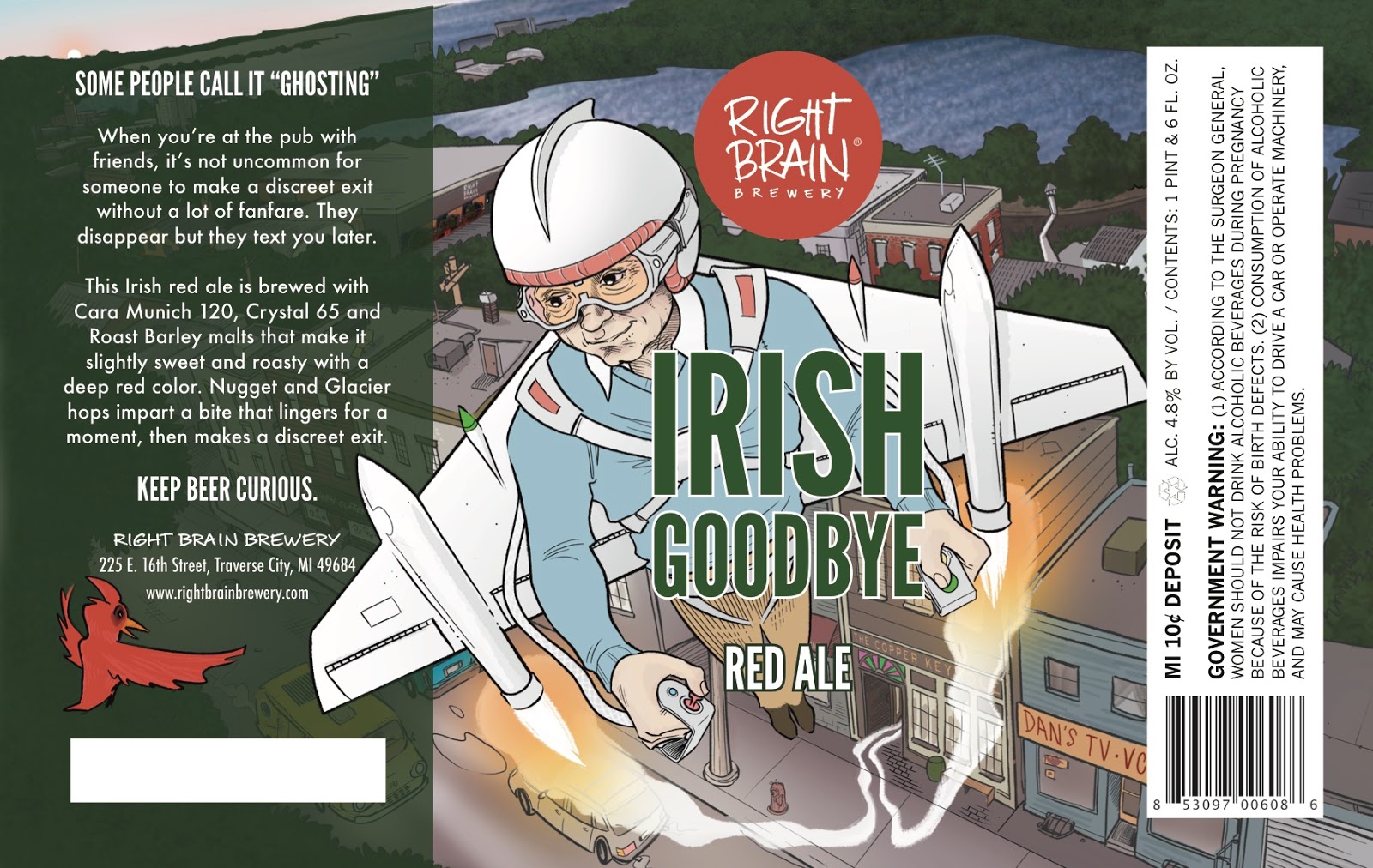 The challenge was to create a label design for a beer with a title that isn’t necessarily politically correct, especially if you’re a person of Irish descent. The title was never meant to be offensive—but simply humorous. My sincere apologies to anyone who might take offense. A good sense of humor is required when viewing this label.

This was the one and only concept presented for this design. The end result is very close to my original vision.

For the record, the pilot only had a single pint and is using a very advanced prototype of an autonomous (and fictitious) flying machine. 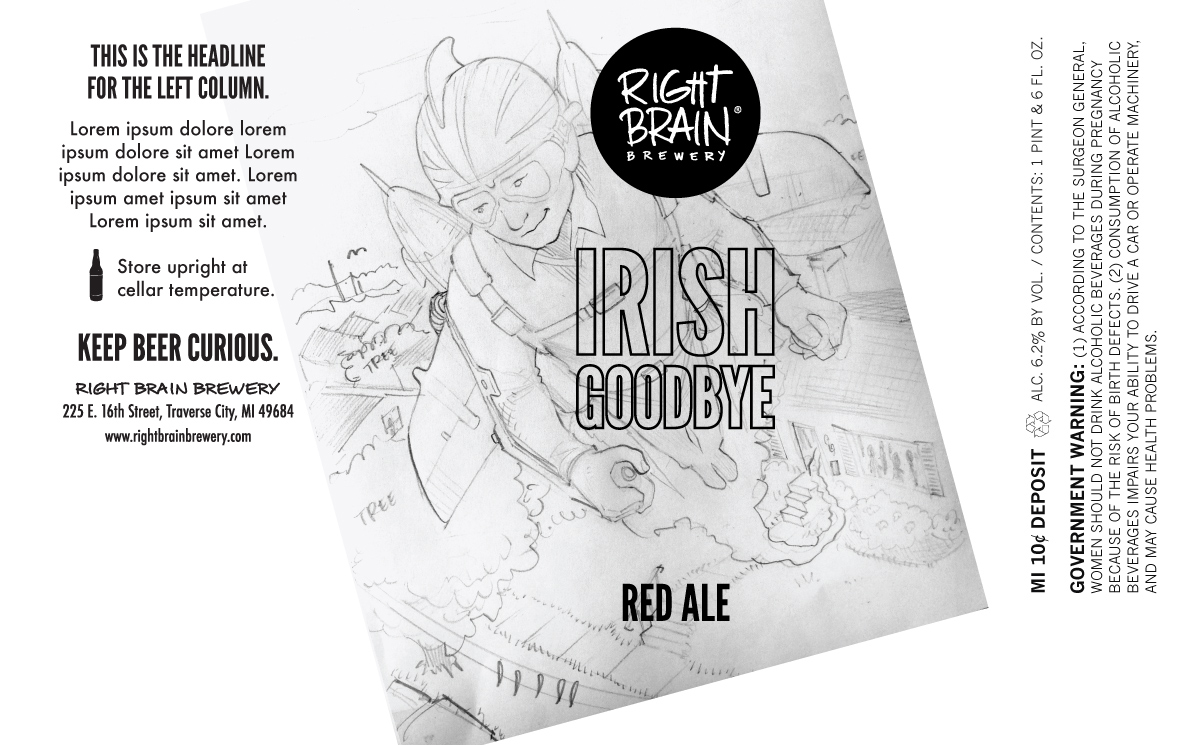 What’s Unique?
My goal was to create an entire scene of someone leaving a pub in a hurry in some unusual manner. The jetpack allowed me to include a nice aerial view of a whimsically embellished northern Michigan landscape.

The actual brewery is included in the aerial scene (to the left of the pilot’s helmet). It should also be said that the design is not intended to endorse flying under the influence.

I enjoyed designing a jetpack that included an interface based on the controllers for the Nintendo 64. I also enjoyed the opportunity to include once again the yellow custom van from previous labels as an “easter egg.” Also included was a fictitious TV and VCR repair shop owned by my actual friend Dan.