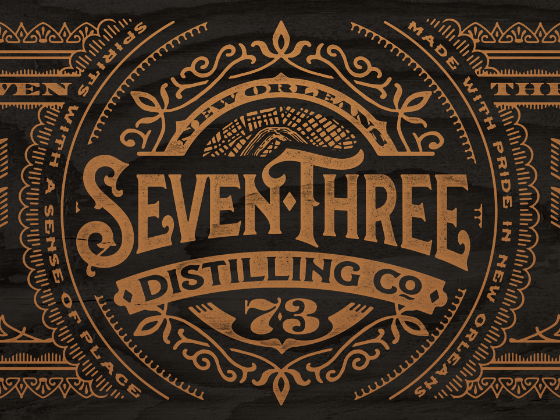 The New Orleans craft beer and spirits industry is booming, and the Crescent City’s own Seven Three Distilling has emerged with a brand that’s quickly making a name for itself. To date, Seven Three has released Gentilly Gin, St. Roch Vodka and a limited-run St. Roch Cucumber Vodka to the retail market, with Black Pearl Rum, Marigny Moonshine, Bywater Bourbon and Irish Channel Whiskey either in barrels now or slated for production. The distillery partnered with Baton Rouge design and branding firm TILT to bring the brand to life, including company naming, logo and visual language, environmental design, trade collateral and website.

The centerpiece of the TILT-Seven Three collaboration is the full line of distinctive sprits packaging, including bottle, labels and case shipper design work. “From the beginning, we prioritized our packaging,” says Seven Three co-founder Sal Bivalacqua. “In a crowded spirits market, it’s really our identity — the way we stand apart and the way we educate people about our great city. We came to TILT with this big, ambitious love of New Orleans, but we weren’t quite sure how to articulate it. We can’t say enough good about what they’ve done for us.” 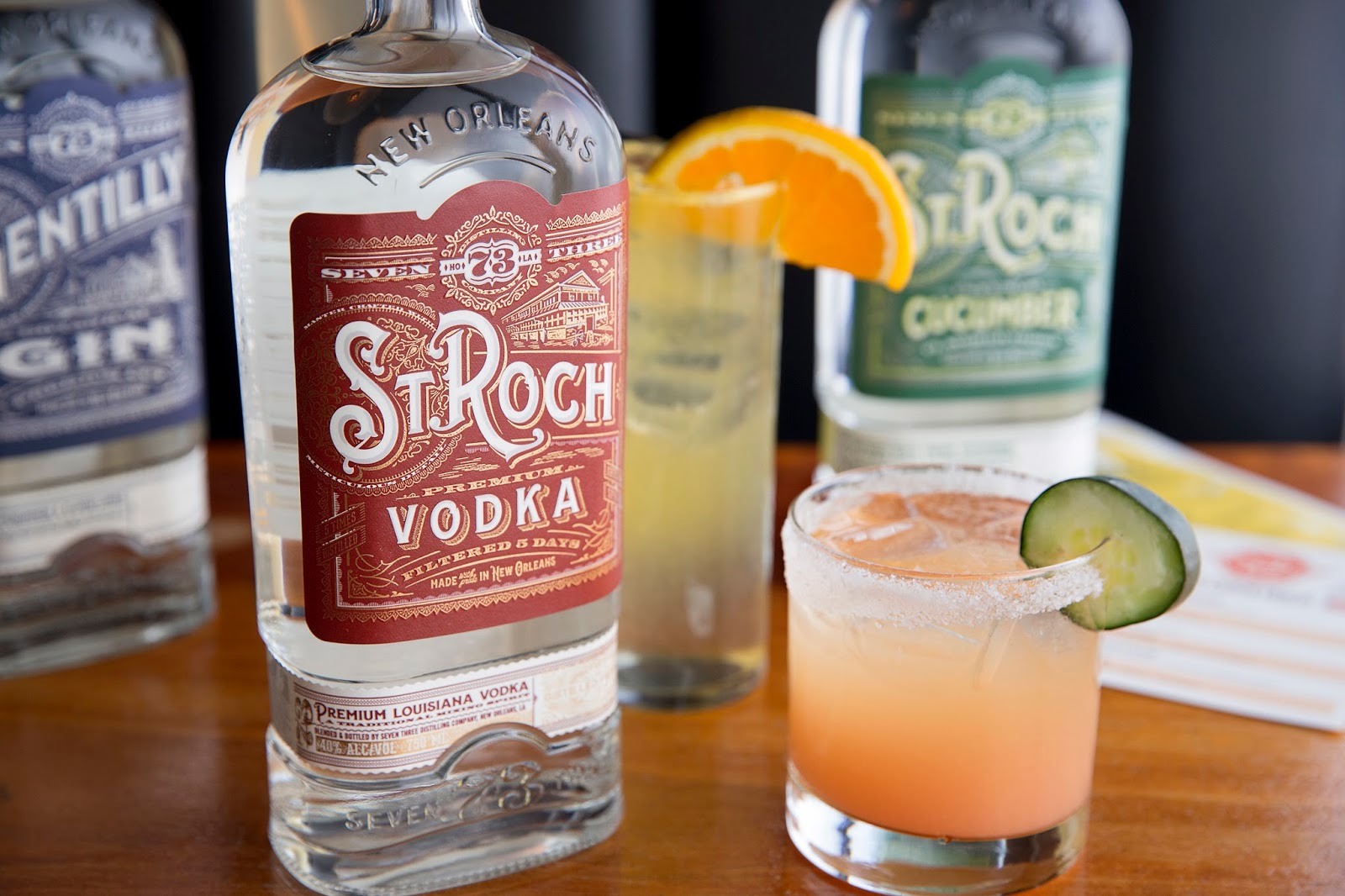 The distillery was named for the 73 officially recognized New Orleans neighborhoods, each with its own colorful history, landmarks and residents. Each spirit carries a neighborhood name, and each back label delivers a mini-history lesson that connects consumers directly to Seven Three’s hometown.

TILT partner and Seven Three project lead Brendan Bayard explains the challenge of capturing history and tradition for a younger audience that’s always in search of what’s new: “Everywhere you look in New Orleans there’s an ornate elegance from the city’s early French and Spanish colonial roots. You see it in the swash ornamentation of hotel lobbies, the iron lace balconies of the French Quarter, the ‘DIX notes’ paper money of the 1860s — all of this inspired us. We gave a nod to the more formal heritage through typography and decorative elements, then we balanced it with hand-illustrated vignettes and a nice, clean bottle design.”

“The packaging is classic, but with a modern touch,” says Seven Three’s Bivalacqua. “To us, it represents both the old and the new, the progress of our city.”

“It was also important to us to create packaging that had more feel and depth than mainstream spirit brands,” Bayard continues, “so we incorporated a hot foil stamp on matte paper with a high tactile varnish overlay in select areas. This dimension and contrast deliver a higher quality experience for both sight and touch. We believe it’s a really nice expression of both the city’s uniqueness and the brand’s aesthetic.” 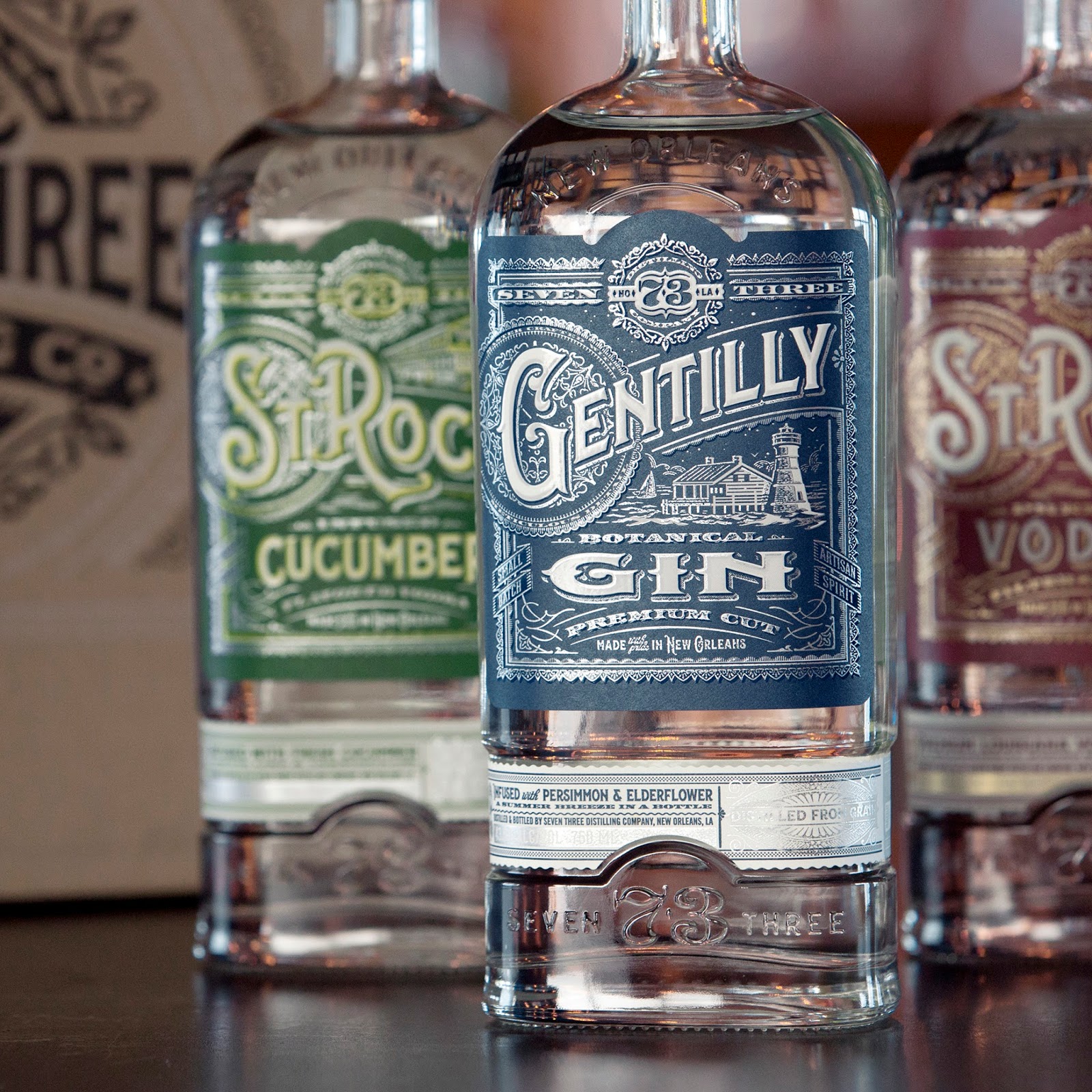 TILT values the opportunity to work with a distillery with such big ideas, a collaborative approach and a full complement of well-crafted spirits. “New Orleans is New Orleans — there’s nothing else like it,” says TILT founder and creative director Scott Hodgin, “but its place as a ‘foodie’ and craft beverage destination has created a lot more competition. More so than ever, brands need to come out of the gate more fully-formed and with an engaging brand story. Seven Three’s founders came to us with a very clear vision of what inspired them and where they want to go. We took that and ran with it.” 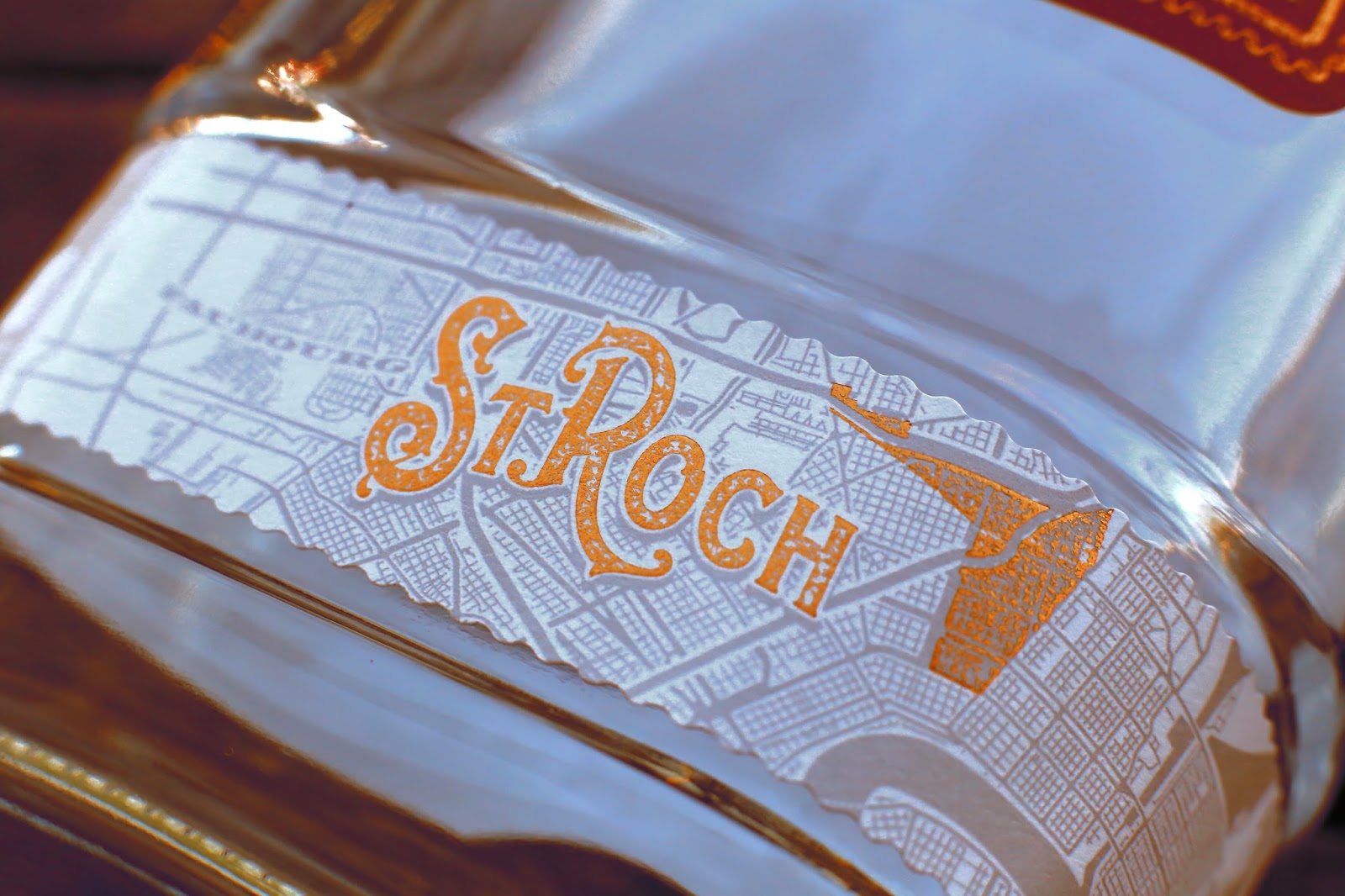 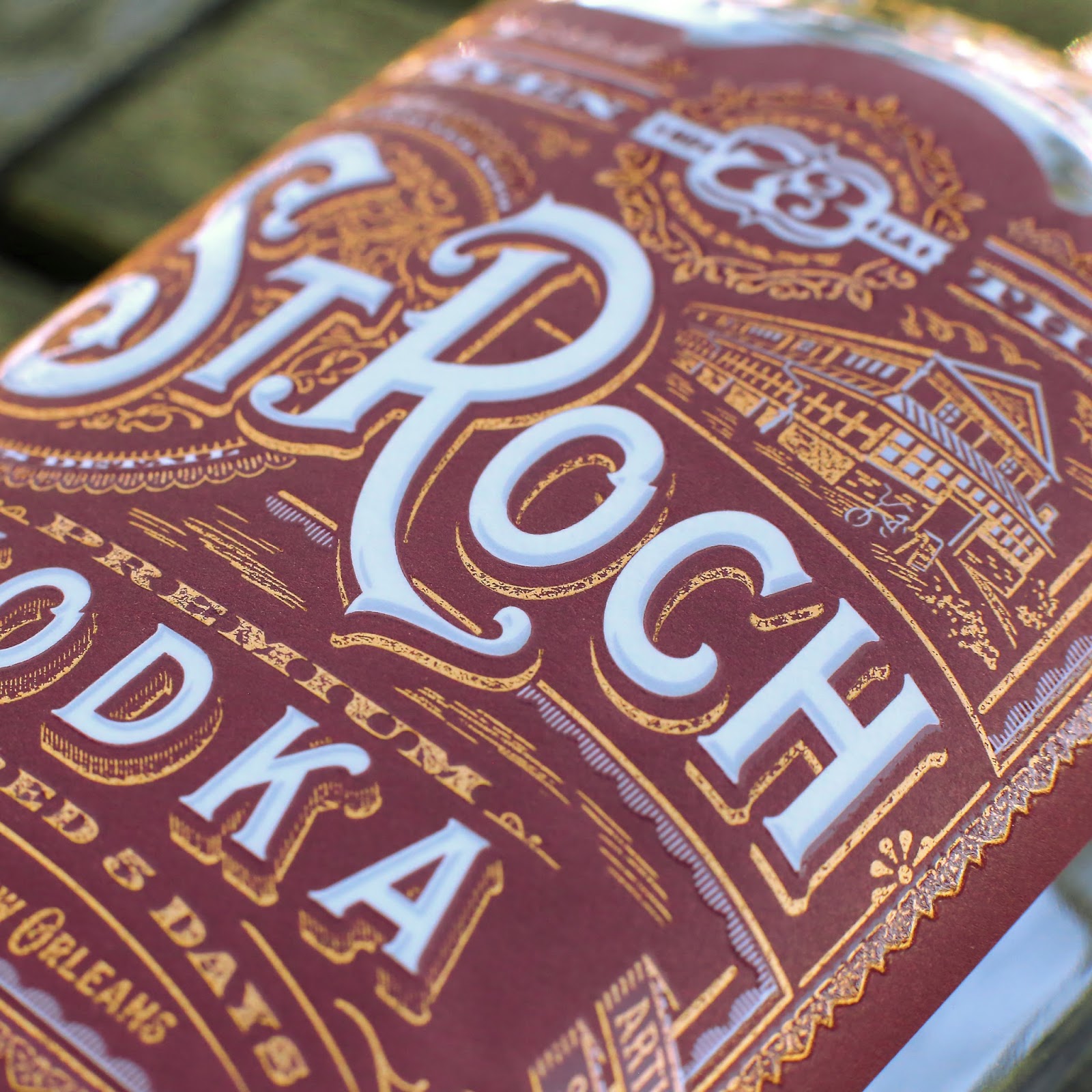 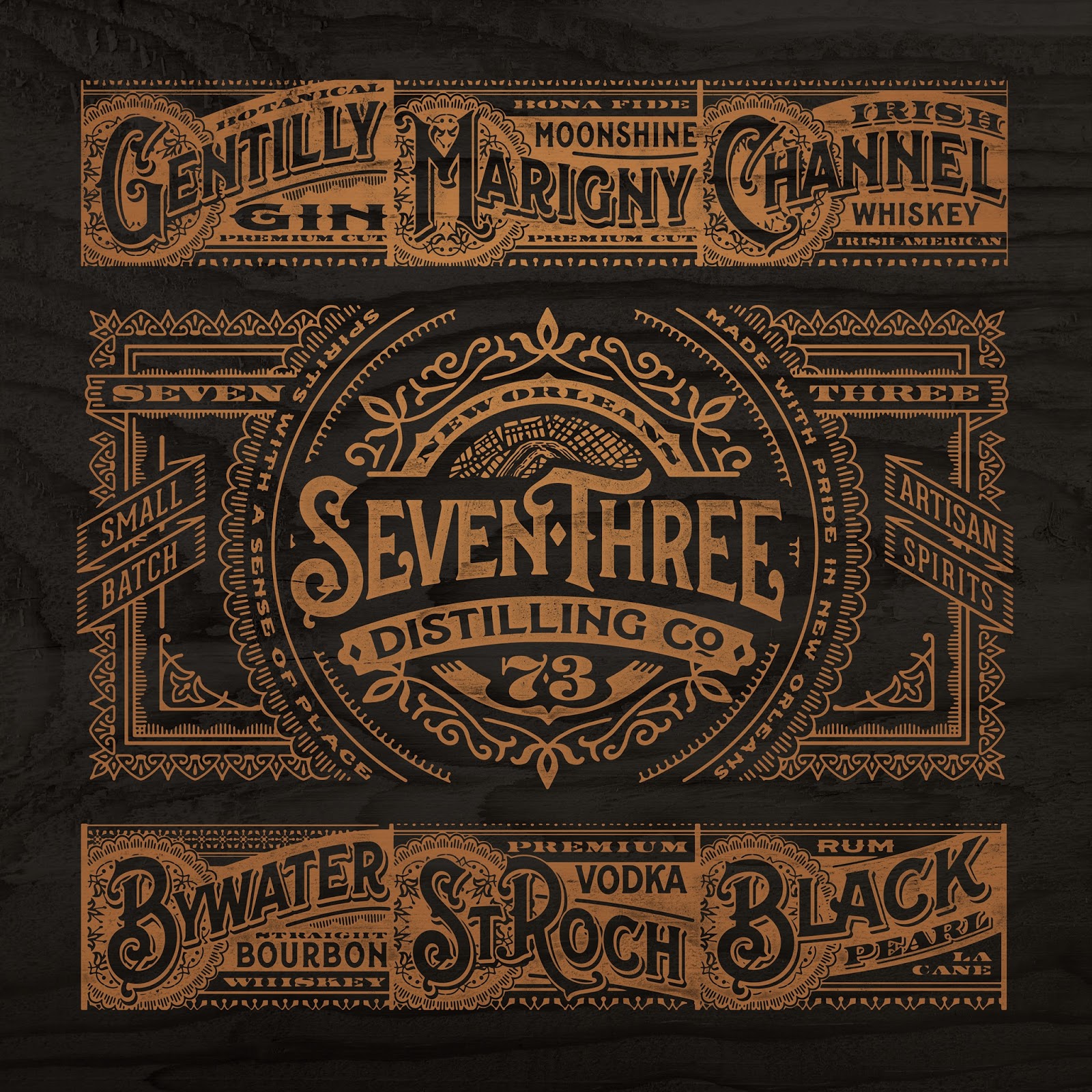 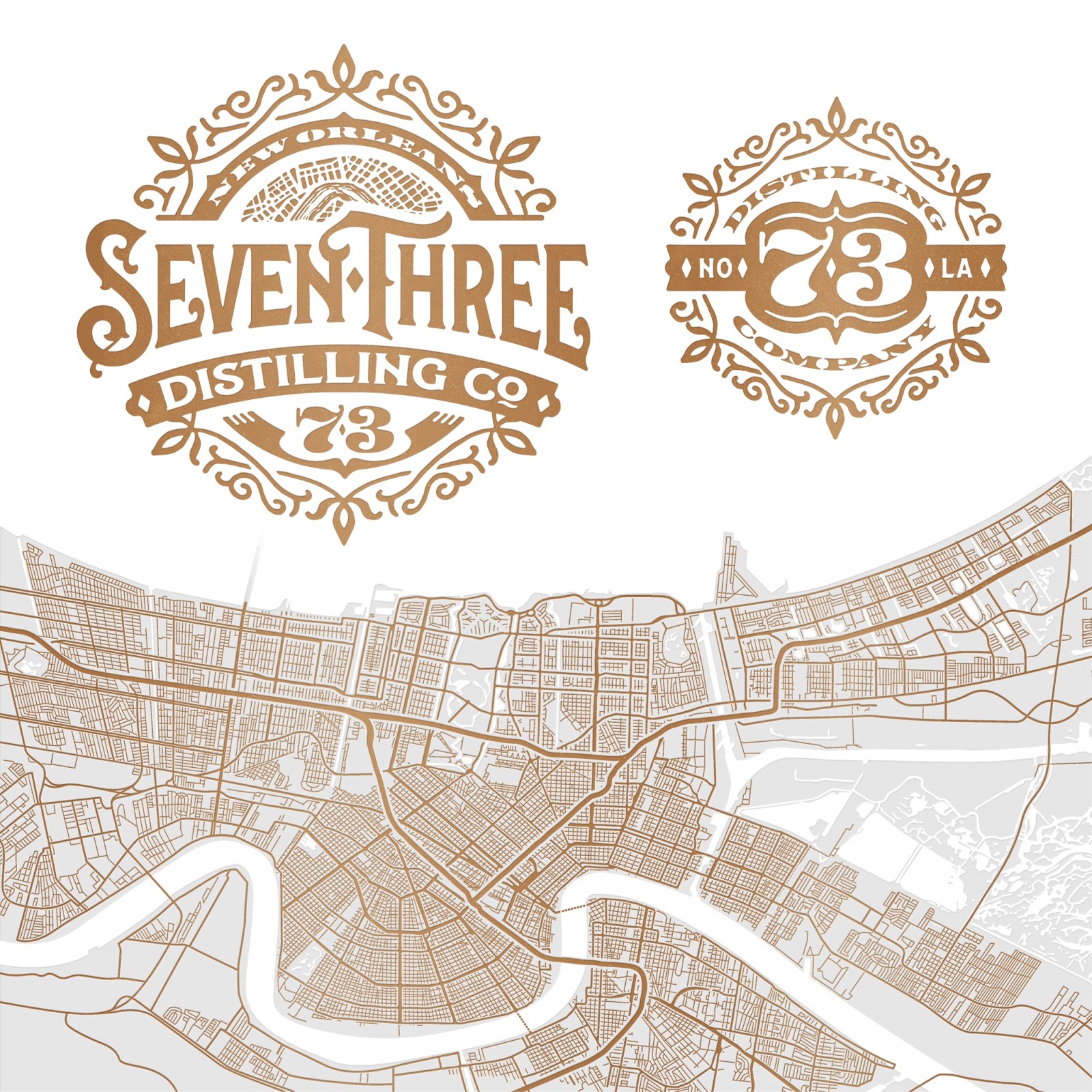 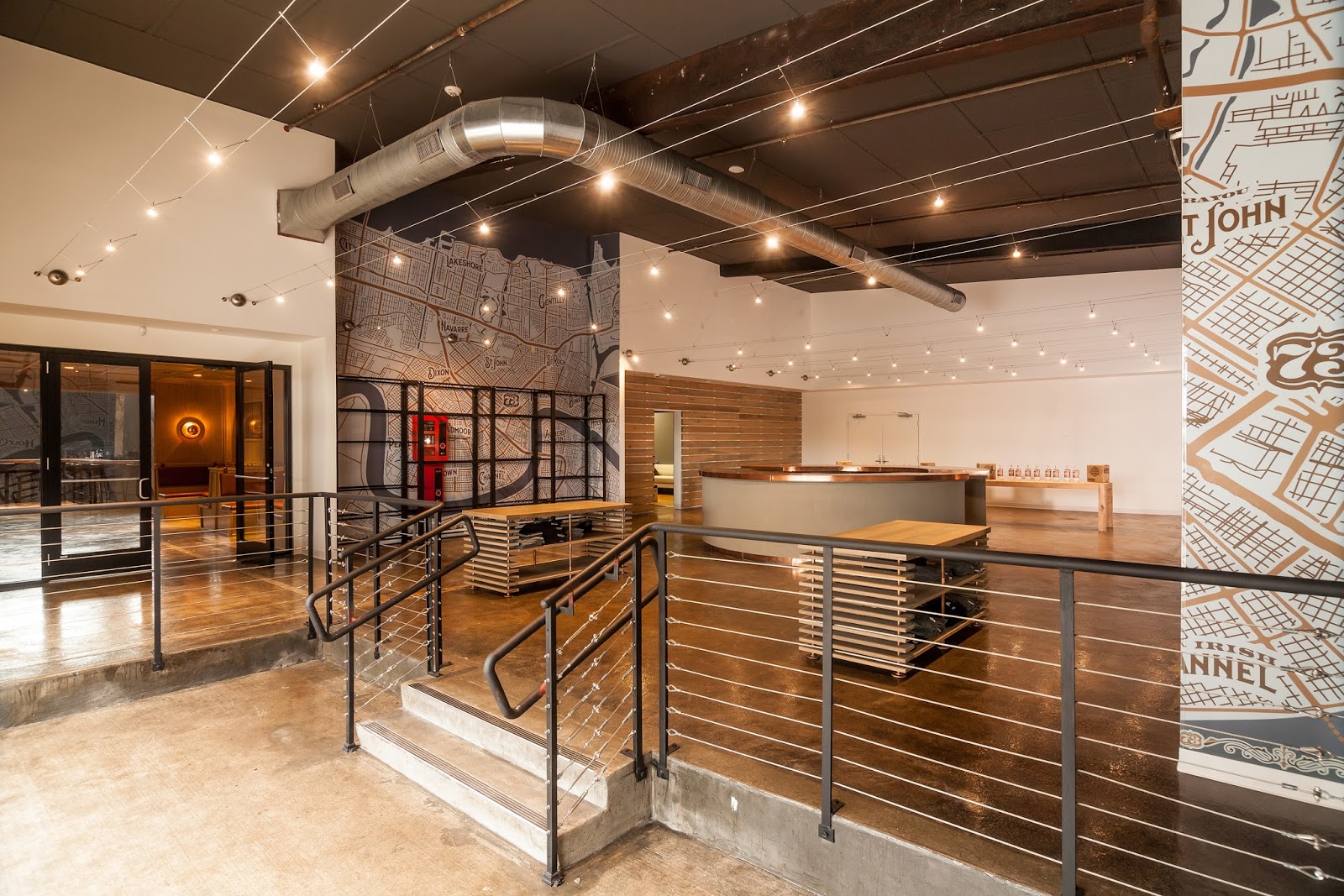 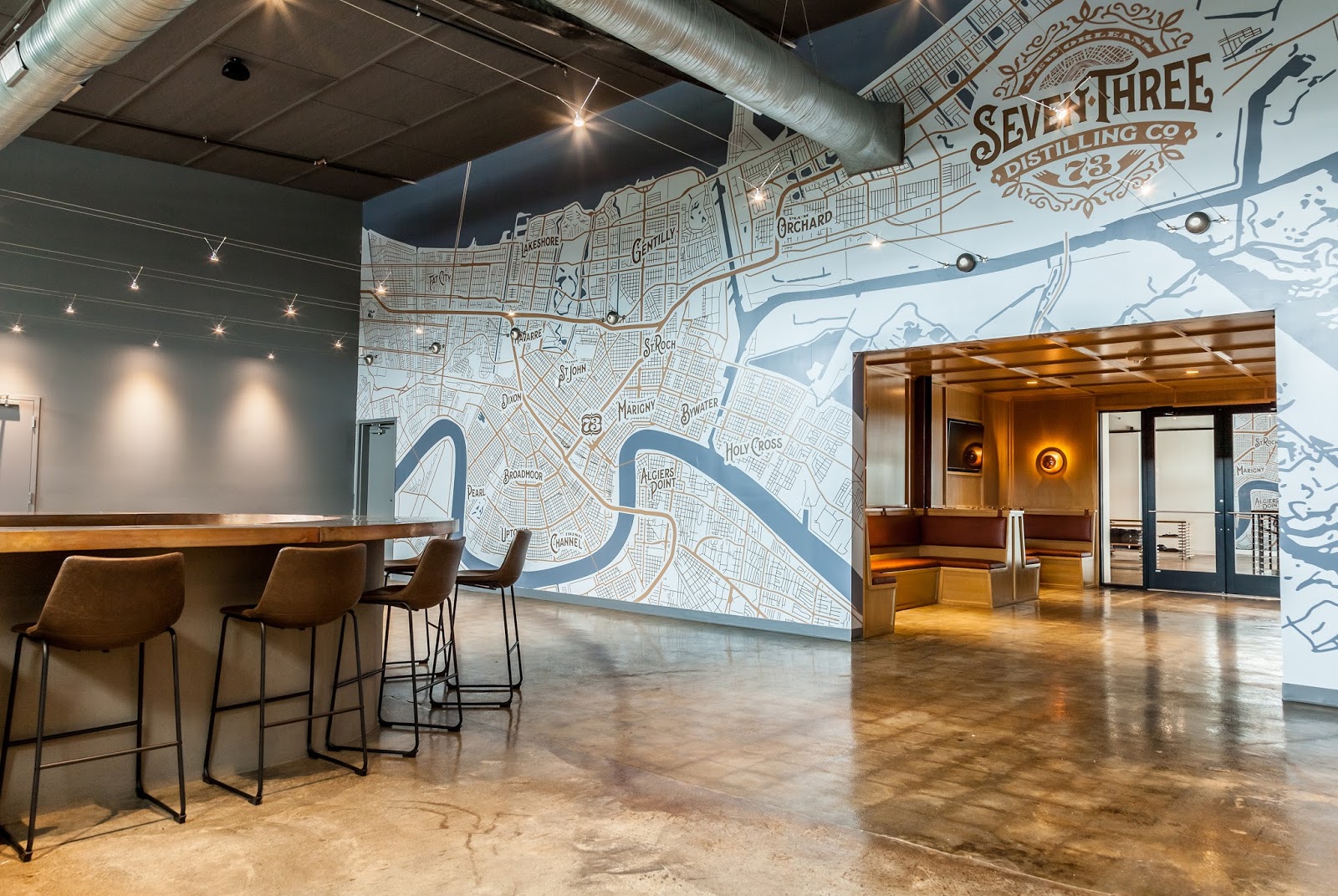