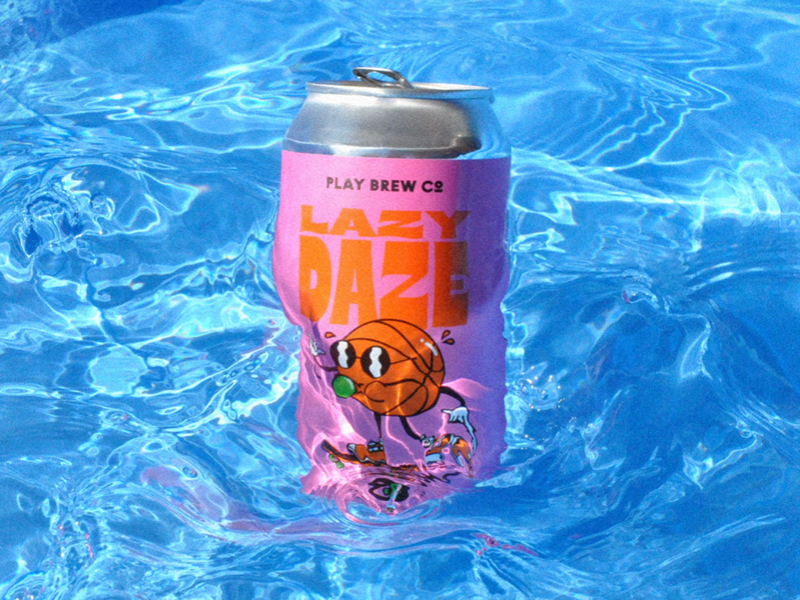 Play Brew Co is a Middlesborough-based craft beer brand hell-bent on producing exhilarating beer with a nostalgic twist, born from the influential culture of the ’70s, ’80s and ’90s. We worked with Play Brew Co on creating their first range of special release beers to help them make a real splash in the saturated world of craft beer.

For this special release, we created illustrated characters, each taking part in a different activity directly inspired by the inspiration of the flavour-profile of the beer itself and the character of the hops specifically. Lazy Daze is a New England-style IPA featuring huge citrus and tropical fruit hop character with a softer, smoother mouthfeel from the adjusted water chemistry, higher protein malts, and lower attenuation. With its fruity bold character, we were inspired to create a colour scheme and illustrated character that represented the tropical vibes of summer sports for ‘Lazy Daze’.

Double Dash is a double dry-hopped pale ale is brewed to give the flavour intensity of a DIPA at a more sessionable ABV of 5.5%. A bold, hazy, juicy pale ale dry-hopped at a rate of 17g/l. With its easy-drinkability and mouthfeel, we were inspired to create a colour scheme and illustrated character that represented the marathon-based session beer of ‘Double-Dash’. What’s Unique?
What makes the brand unique is its unapologetic attitude. The brand is colourful, unique and was designed to make a real splash in the saturated world of craft beer. the characters are memorable and bespoke to teh brand. We worked on a limited but bold colour scheme for each release with a strong black keyline as a key recognisable brand feature to help the identity stand out across print and digital touchpoints. 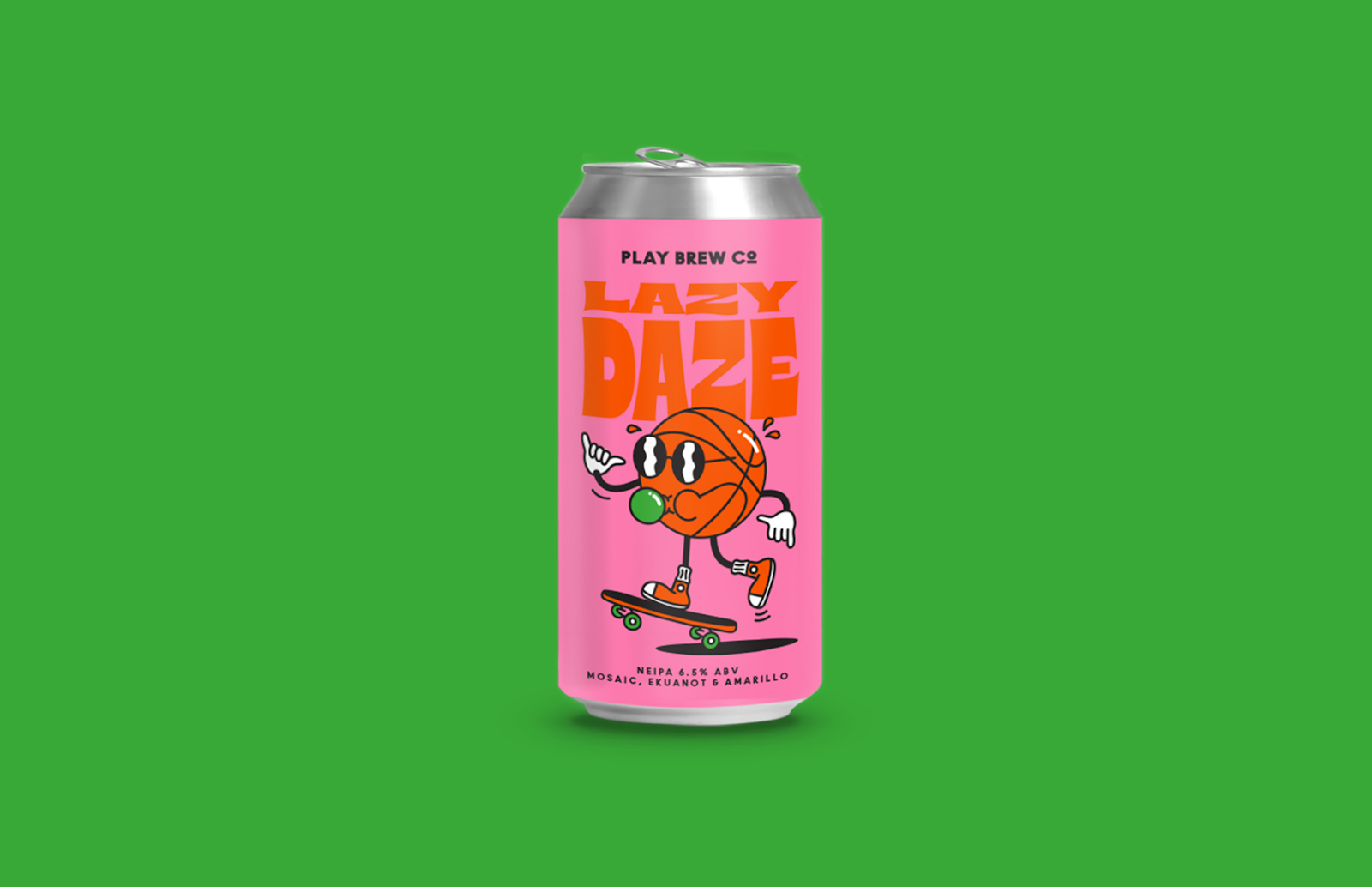 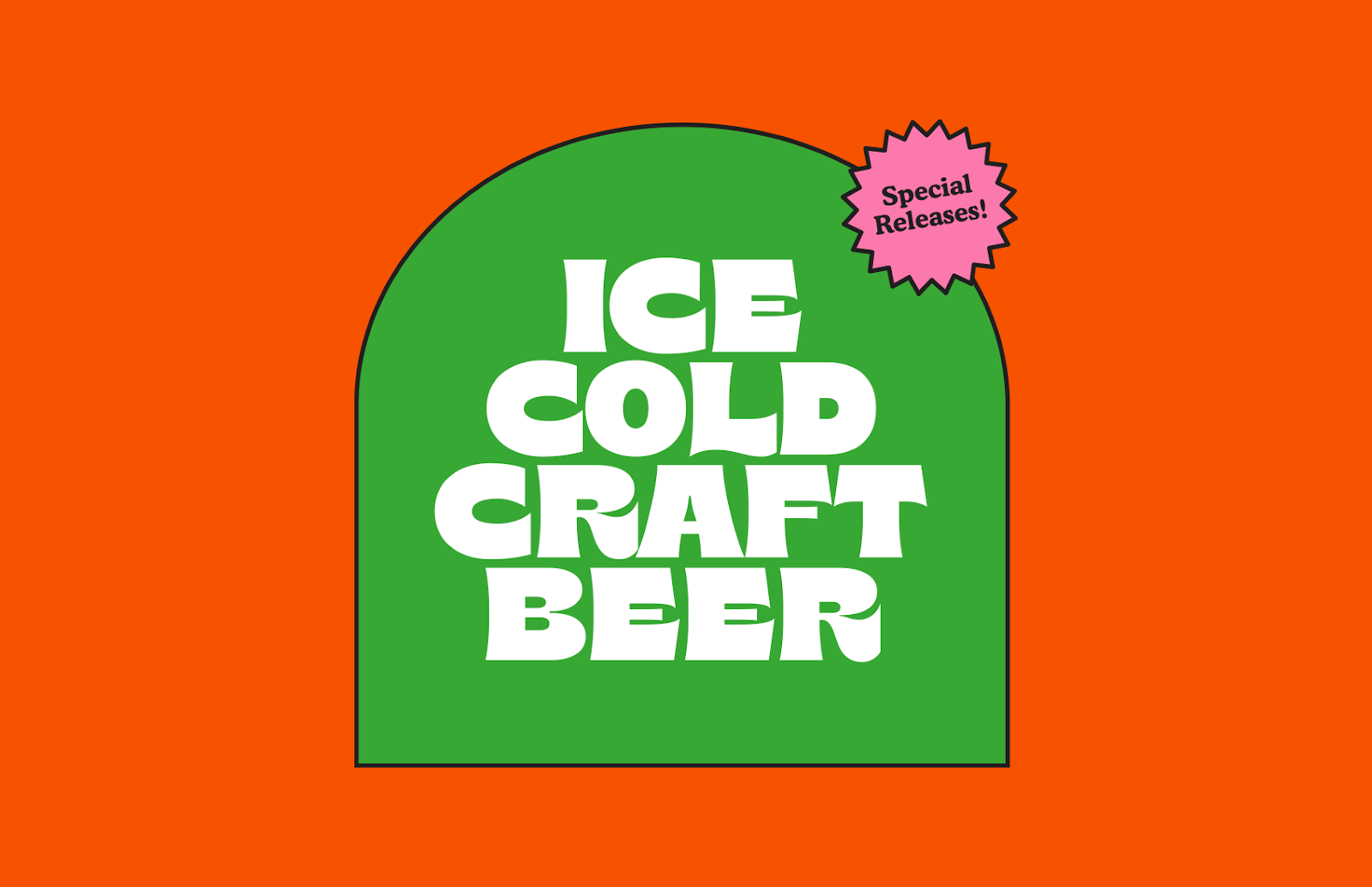 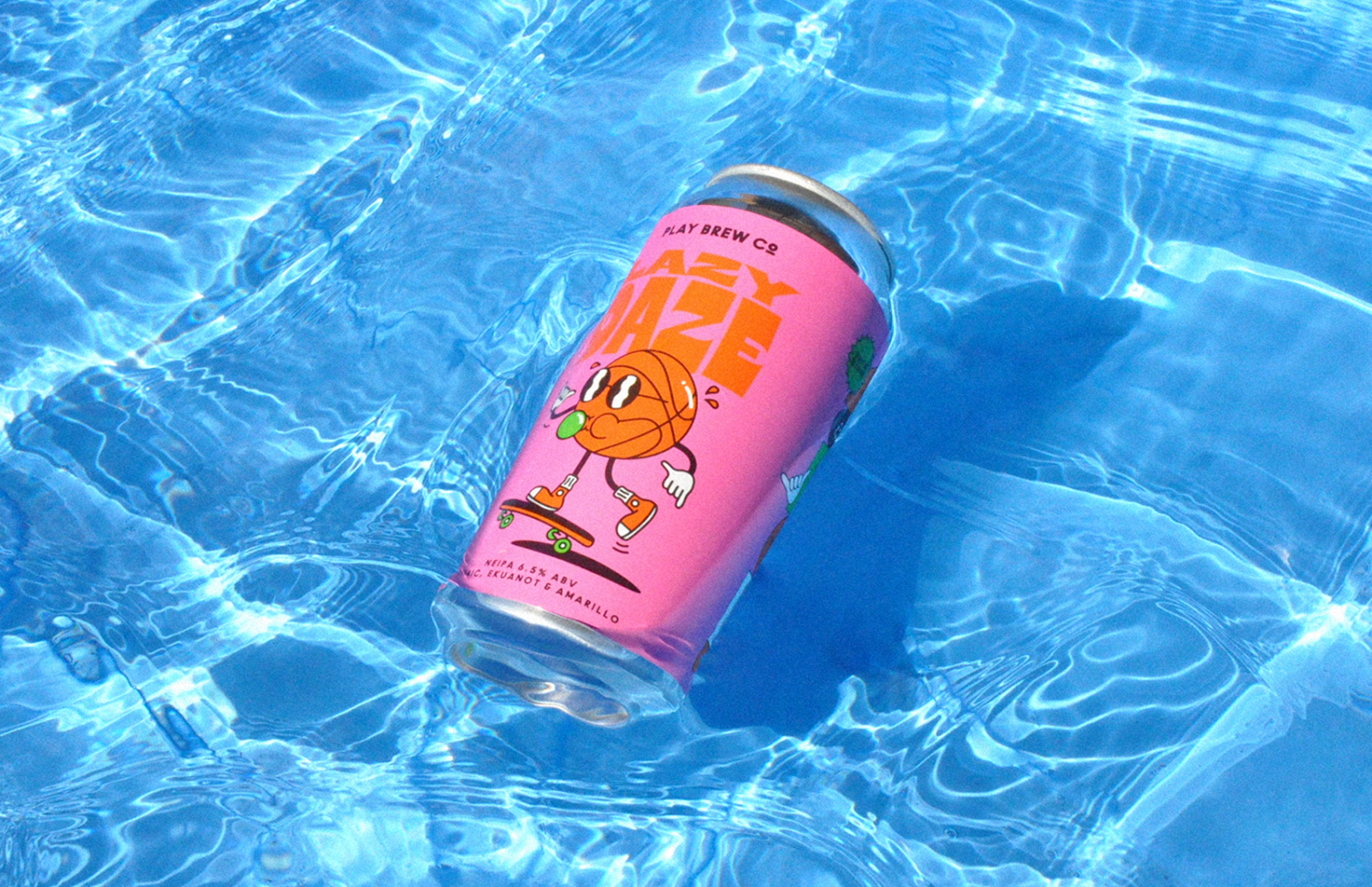 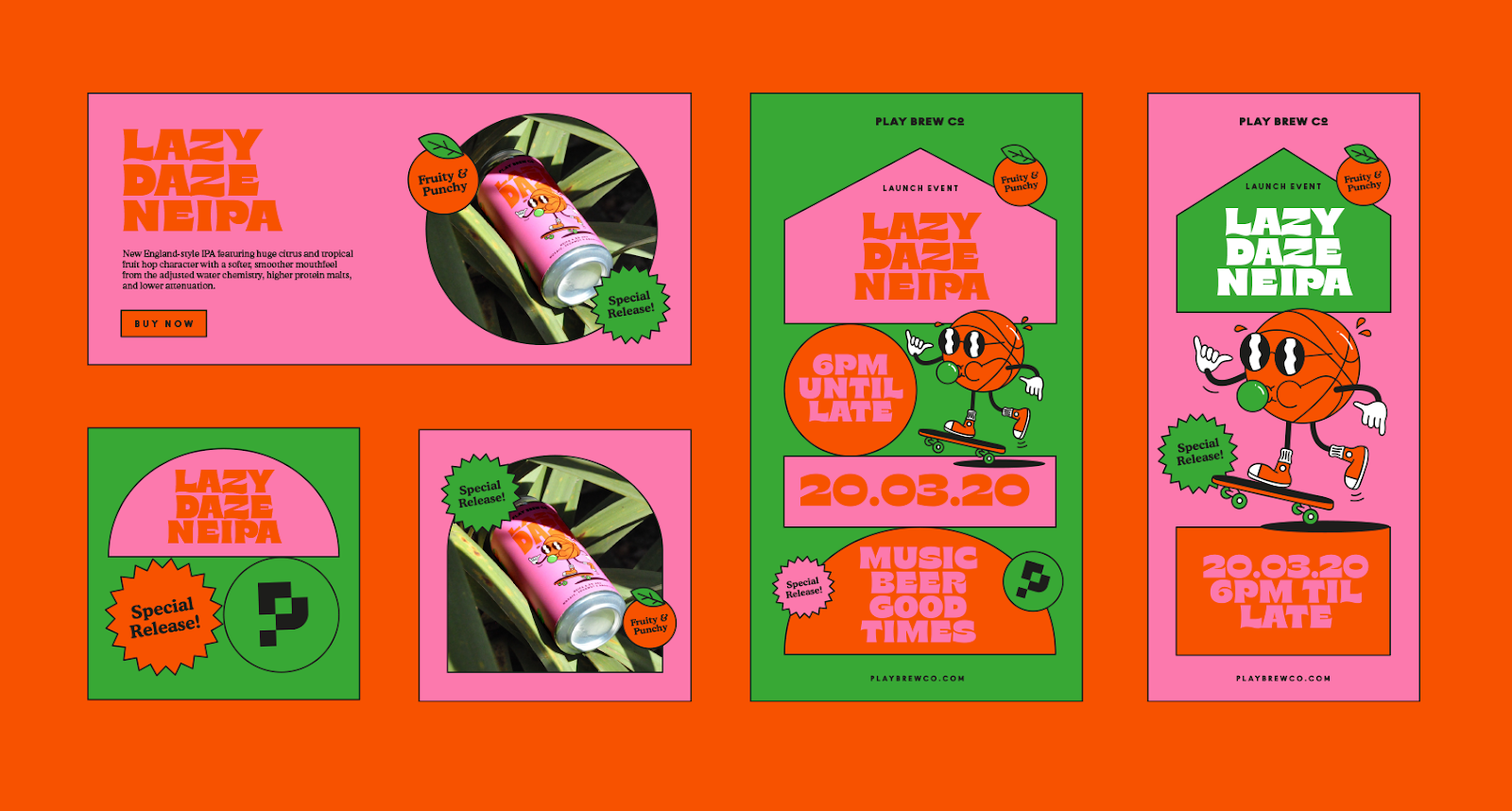 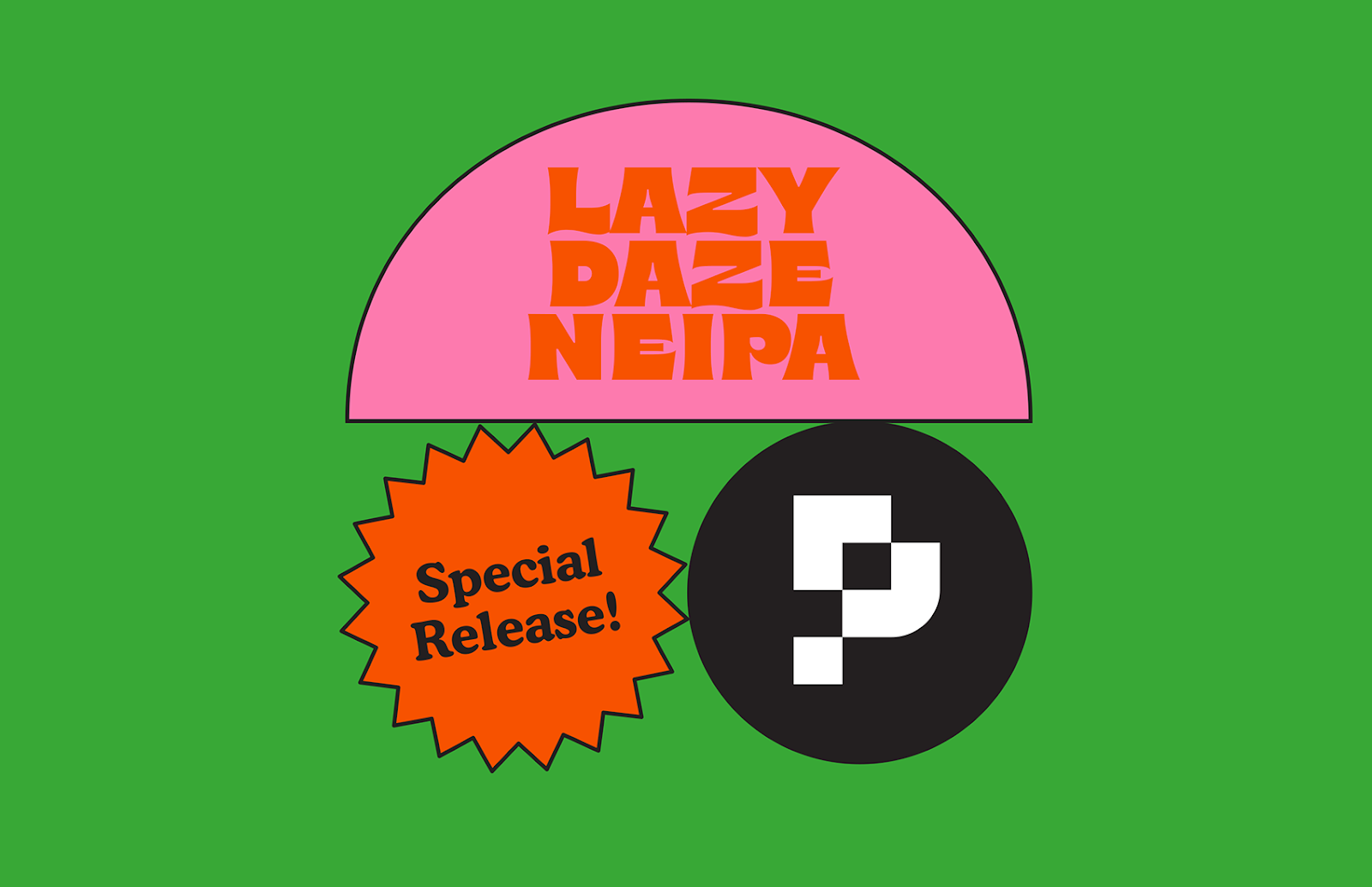 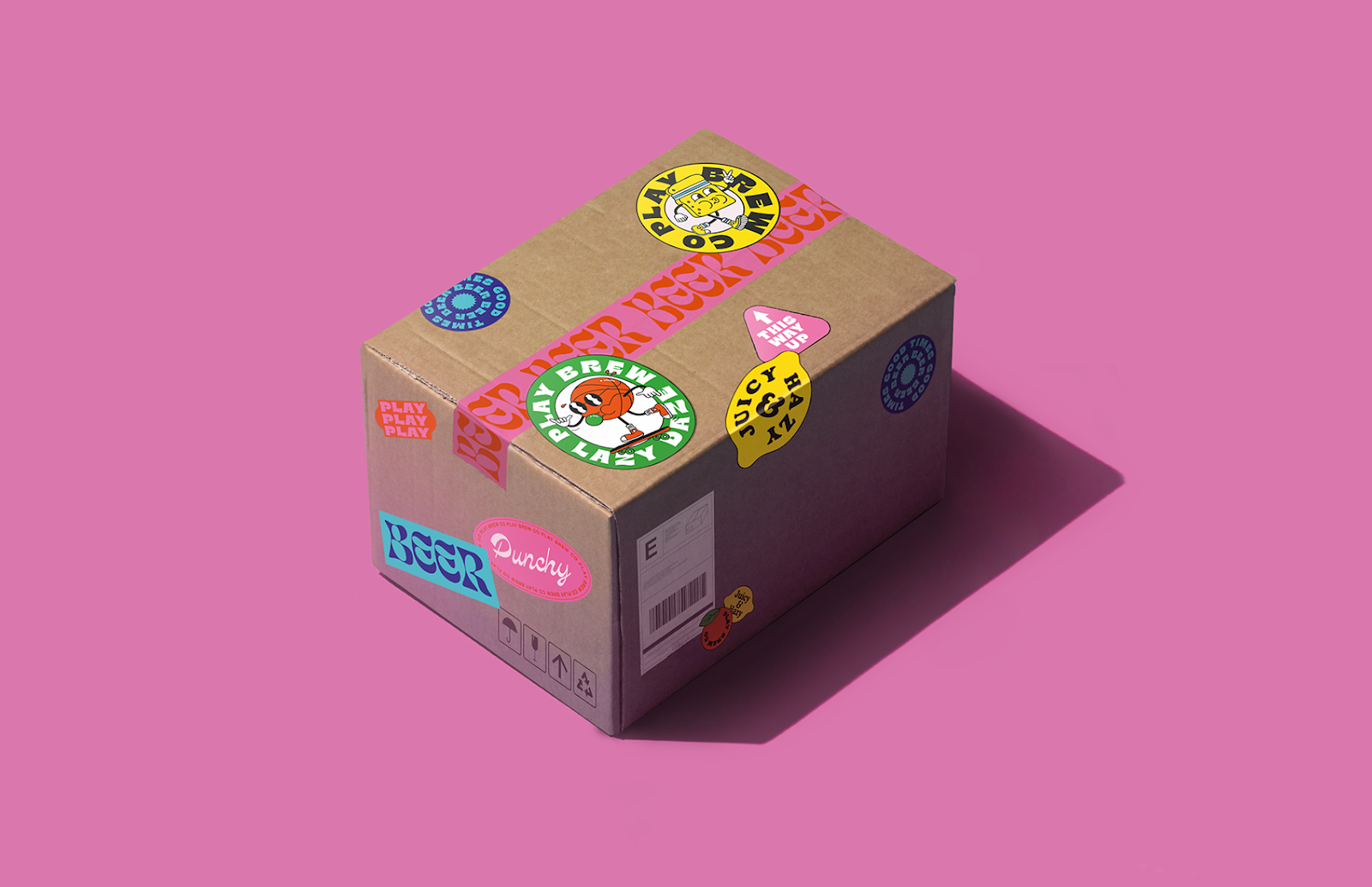