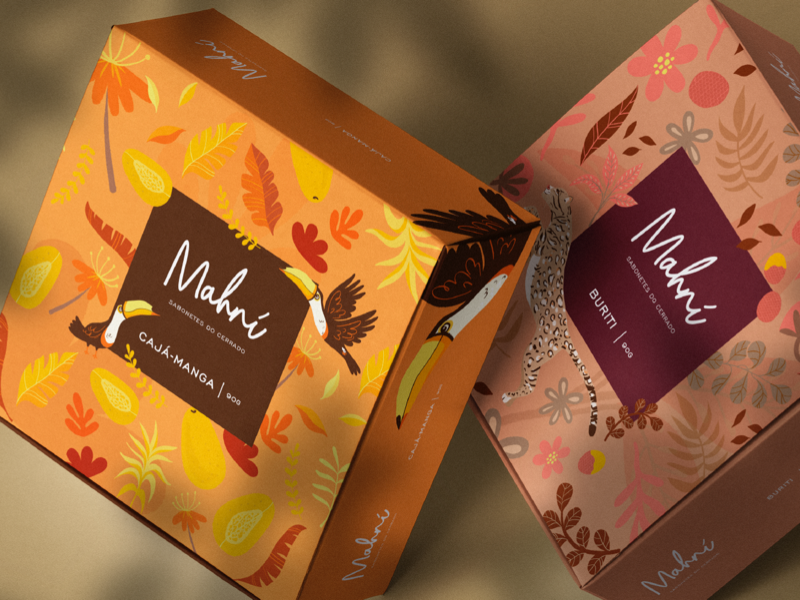 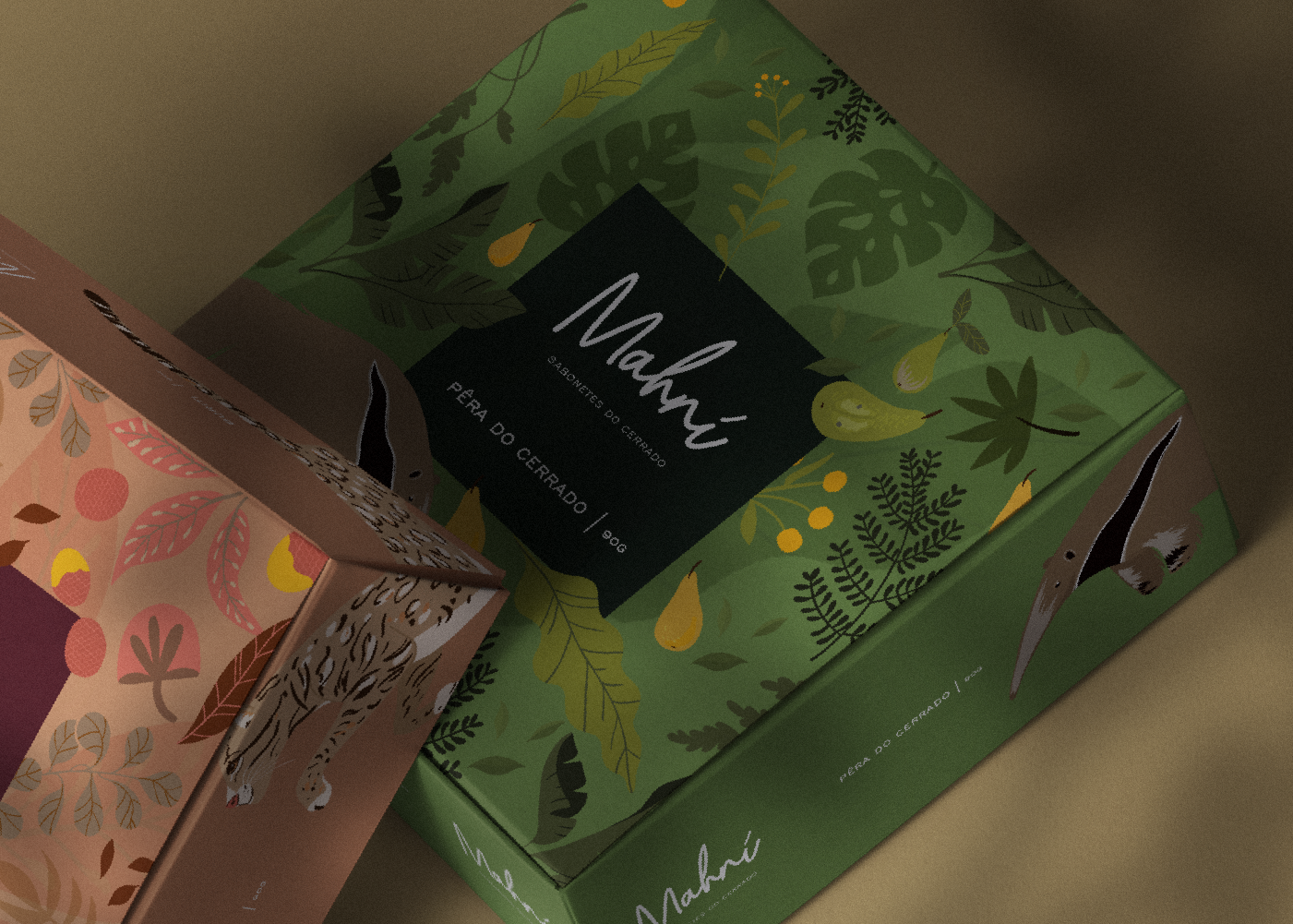 Mahní is a brand of handcrafted soaps in the midwest of São Paulo. With 100% natural and handcrafted products, the brand uses as its main raw material inputs from the existing biome – the Cerrado.

The Cerrado is the second largest Brazilian biome and can be found from the State of Goiás to the State of Paraná, in the southern region of the country. Known as the Brazilian Savannah, the Cerrado is a biome rich in biodiversity, with around 11 thousand native species found, of which 4400 are endemic, that is, they only exist in a certain location.

This wide variety of flora and fauna inspired Mahní to develop a line of products that not only values the natural resources of its region, but also uses native animals to compose its packaging. After all, flora and fauna always go together.

Mahní has indigenous inspiration, the name is derived from Cassava (Mandioca, in portuguese) which is a very common food in the villages that formerly inhabited this region of the country.

Legend has it that a tribe was going through a severe crisis with lack of food and after a dream of a shaman in the village, a girl was born, Maní, with very white skin and brown hair. After a while the mysterious Indian girl died without any apparent explanation, and in the place where the girl was buried a plant was born with a brown bark and an interior as white as her skin. And from that moment on, the village never went hungry again, in his honor the tribe called the Mandioca. 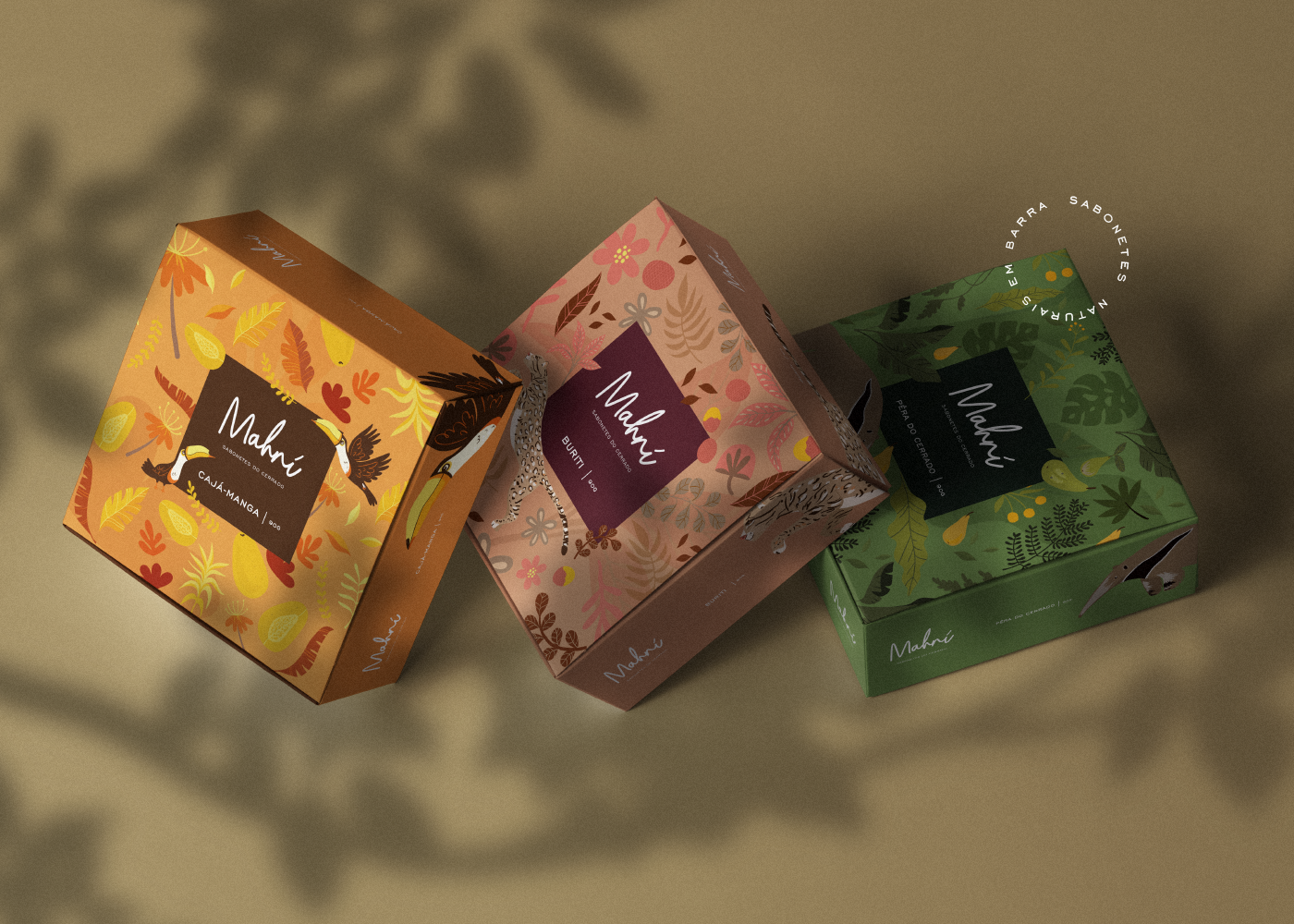 What’s Unique?
Each of the essences brings as raw material a fruit from the cerrado and with it we combine some native animals so that people can get to know not only the raw material, but also the great diversity of animals that inhabit this region. Thus, 3 fruits were chosen that are easily found in the region and have characteristics that are possible to make soaps and cosmetics, so the 3 essences are: Cajá-Manga, Buriti and Pêra do Cerrado. And for the composition of the packaging we have the illustration of all items, so that it is a representation of other species of native plants.To choose the animals that will accompany the essences, we chose three very characteristic and easily identifiable animals: Tucano (Toucan), Jaguatirica (Ocelot) and Tamanduá Bandeira. 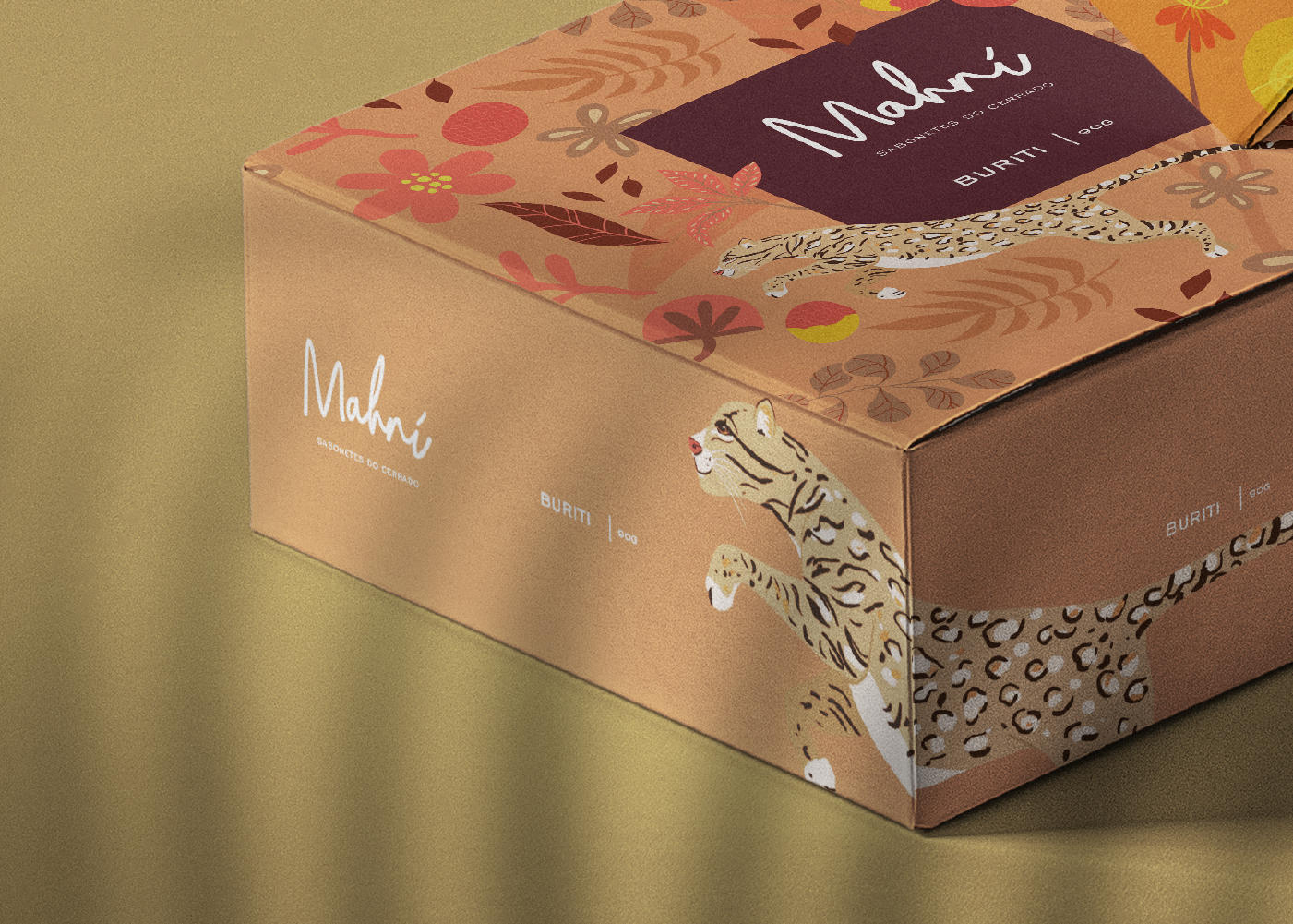